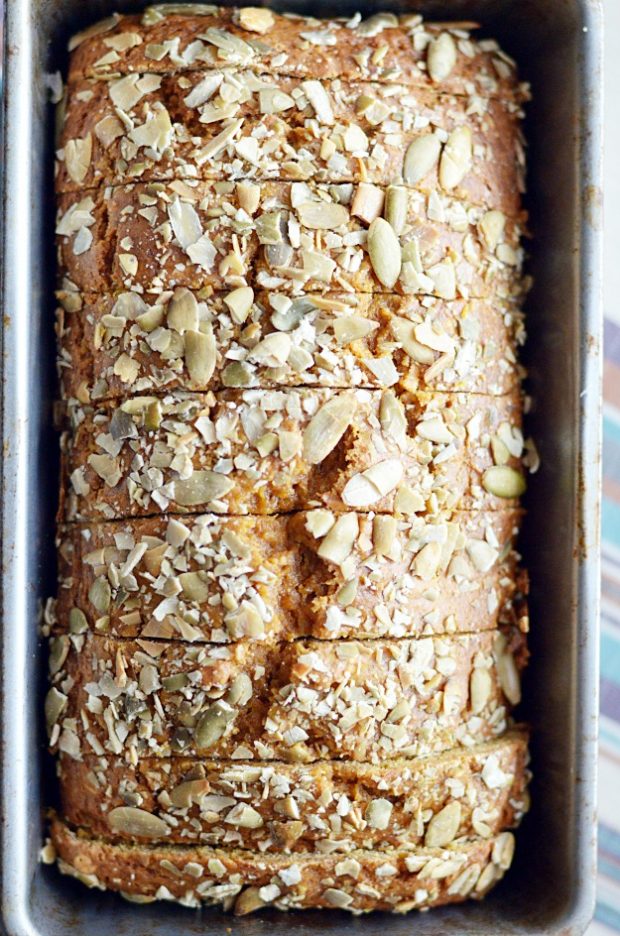 I mentioned some time toward the beginning of the year that I've been trying to go through as many of my old posts as possible and “clean house.” Meaning…. writing this blog has been a learning process. A wonderful, fun-filled, delicious, sometimes frustrating, sometimes strenuous, sometimes exhausting, but always worthwhile and so rewarding PROCESS.
Some of the recipes I wrote 5 or 6 years ago aren't really that good. I didn't know which ingredients were best to use in certain recipes. And I didn't know that it does, in fact, matter in which order you add the ingredients. Or that you can't always just throw everything into the KitchenAid mixer and run it at full speed and let it go for 5 minutes. And I didn't know that there's a certain way to write recipes (thank you editing team at Houghton Mifflin for those fine lessons!).
And, of course, that's not even mentioning my early photography. Updating photos is really just something I'm doing to appease my vanity probably. But I really can't stand looking at some of those old pictures. They just make the food look downright gross sometimes! Now that I've learned how to use natural light and different kinds of lenses and how to style food and how to showcase a recipe's star ingredients… well, I just want to go back and do those old recipes the right way, you know? 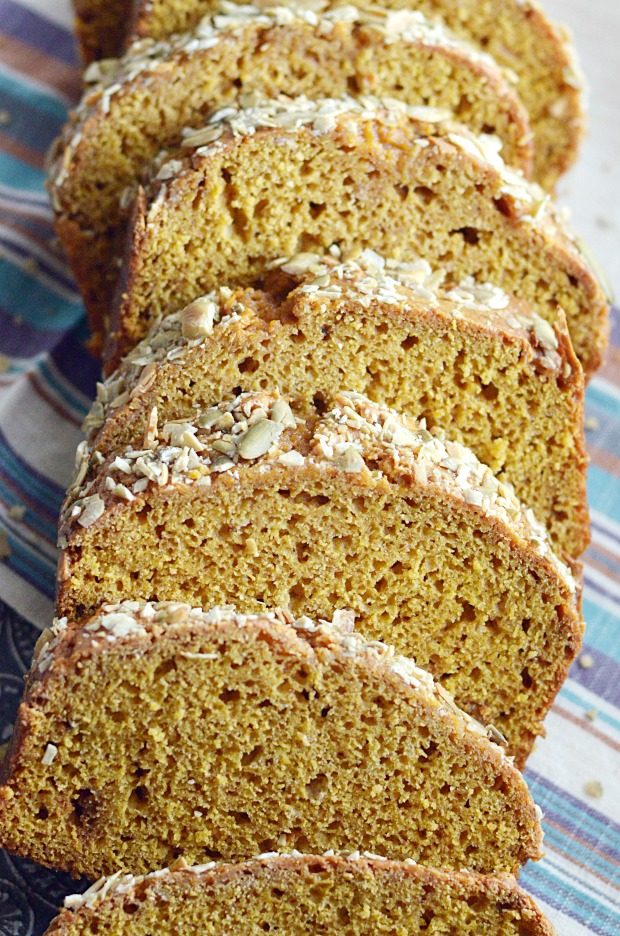 It's always risky for a blogger to go back and change anything (text, photos, anything) about a post that's gone viral. In fact… it may be downright stupid. Because you just never know what the internet gods will do if you change something. Seriously. It's taboo (at least that's how it seems to those of us who just do not understand SEO and Google's algorithms and Pinterest's and Facebook's ever-changing criteria for what shows up in newsfeeds).
Which is why I've been putting off updating this recipe for a long time. Because when I posted it back in 2012, it went NUTSO on Pinterest. I don't know why. The pictures were horrible. And, truth be told… the recipe wasn't even that good. It was a diet-y, knock-off recipe for Starbucks Pumpkin Pound Cake.
I left it in this post, here at the bottom, for those of you who really like it. Or for those of you who are looking for a more health-conscious version of the recipe.
But you guys. The truth is that I HAD to update this post. I was morally and ethically compelled as a dessert blogger (and eater) to do some recipe testing and get. it. RIGHT. Plus– the photos were all wrong. Not only were they awful pictures, but also Starbucks doesn't add a glaze to their bread. So I was horribly off the mark there. 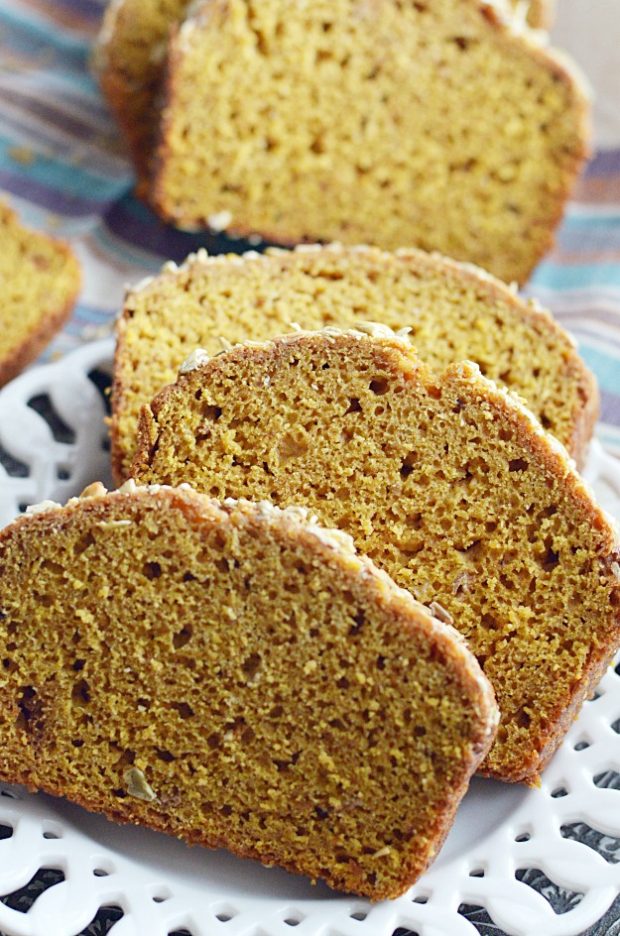 I am SO HAPPY– thrilled— to finally present to you the new, improved, and right-on-the-money Starbucks Pumpkin Bread Copycat recipe.
It is SO GOOD. Thick and moist and just so perfect. And I'm just so darned proud of it. It's like my little Fall pumpkin bread baby. I truly feel like this recipe hits the nail on the head. If you're obsessed with SB's pumpkin bread, this is the recipe you've been looking for. Make it at home anytime you want! It's so easy, and it makes your kitchen smell absolutely heavenly.
And did I mention? IT'S SO GOOD!
Continue to Content

Preheat oven to 350ºF. Prepare a 9x5 loaf pan by lightly spraying with cooking spray and lining with parchment paper.

Whisk together the eggs, sugar, brown sugar, and vanilla until smooth. Mix in the pumpkin and oil.

If desired, sprinkle pepitas over the batter.

Bake for 55-70 minutes until toothpick inserted in the center comes out clean (start testing at 55 minutes).

Let cool in pan for at least 15 minutes before slicing. I think it's best served at room temperature.

**Note: I modified this recipe and updated the photos in September 2016. The original photo and recipe as published in 2012 are below. 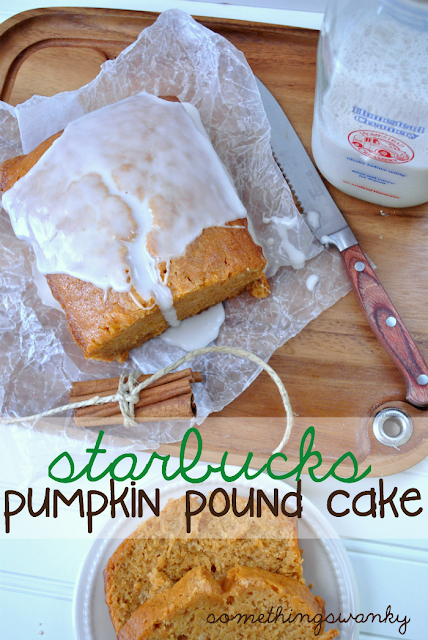