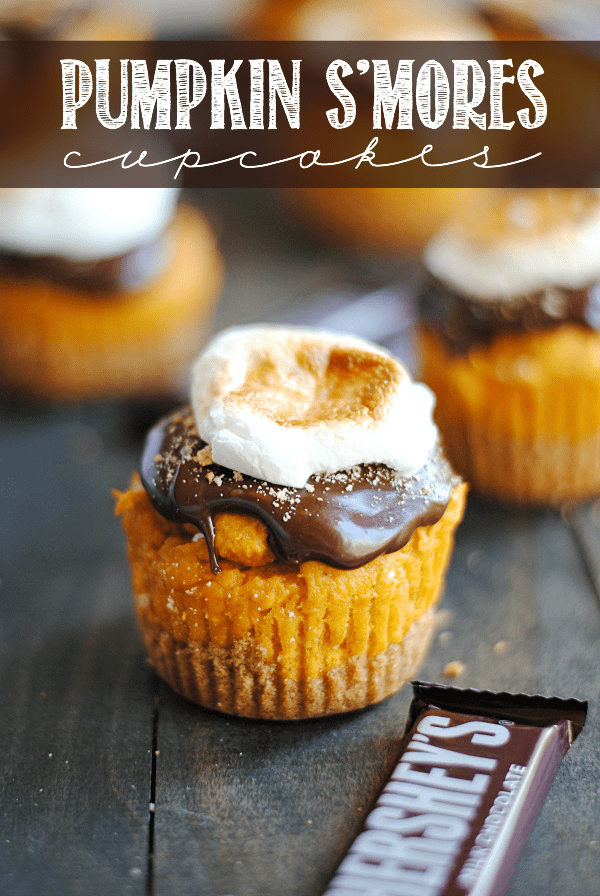 Oh you guys. I have been so excited to share these with you!

S'mores cupcakes have been super popular this year (as well they should be– s'mores + cake = !!!), and every time I hop on Pinterest I see a new variation that I can't wait to try.

I never got around to making them before school started (it just feels like summer is officially over now, doesn't it?), and now I'm already starting to see pumpkin everywhere I look! So I decided to combine the two into one treat perfect for this summer-to-fall time of year. 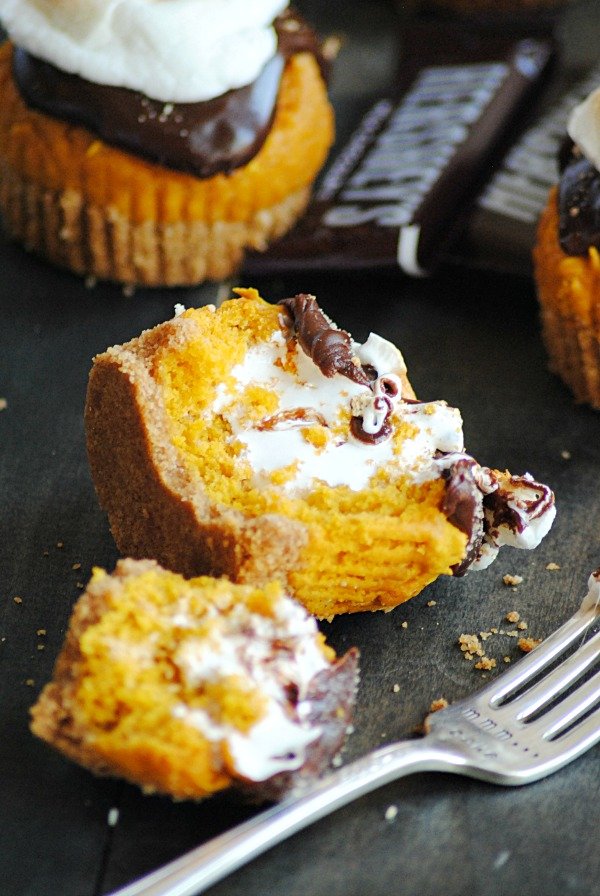 A buttery graham cracker layer rests underneath the fluffy, spiced pumpkin cake which is filled with a pocketful of marshmallow cream. Each cupcake is smothered with milk chocolate ganache, topped with more graham cracker crumbs and a toasty, roasty marshmallow.

S'mores and Pupmkin are seriously one of my long-time most favorite flavors, and these cupcakes literally take the cake! I love that they're easy to make, impressive to look at, and taste like HEAVEN.

A few things to note:

I used a melon-baller to scoop out the middle, but you can really use whatever works. You're covering up the hole (three times, actually), so it's okay if it's sloppy. I didn't even bother replacing what I scooped out, because the marshmallow cream expands to really fill that whole space pretty well.

I'm giving you measurements for two versions of ganache. Why? Because I used Cool Whip and Hershey's Baking Melts to make mine, and I know that a lot of you will probably prefer to use heavy cream and milk chocolate chips instead. Which is totally fine. The reason I opted for the Cool-Whip-and-baking-melts version is because that variation seems to firm up a little bit faster. And I like using the ganache when it's firmer (more frosting-like) so that I have more control over how it looks for the photographs. BUT you can totally use a more traditional ganache.

Make sure the cupcakes definitely pass the toothpick test! Pumpkin tends to yield super moist baked goods– which is fine– just be sure that the cupcakes are baked all the way through, otherwise scooping will be really messy.

For the Graham Cracker Crusts: 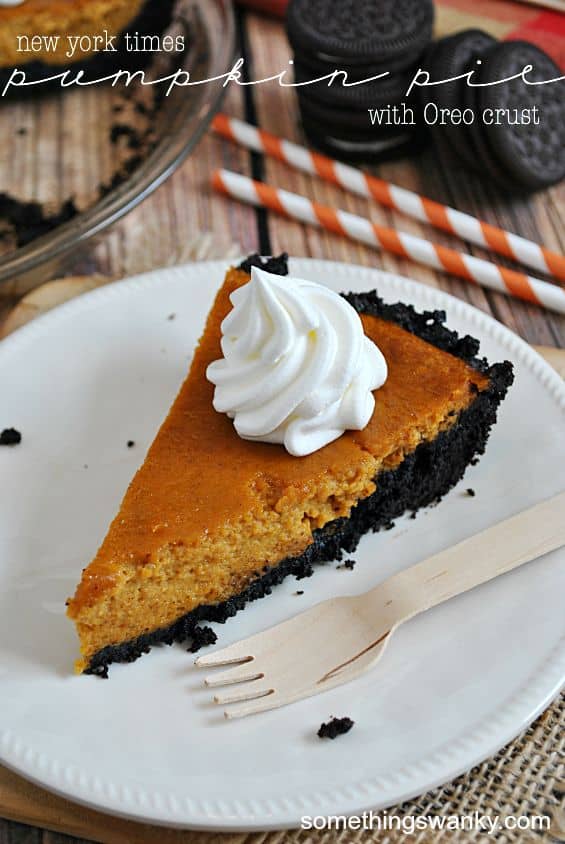 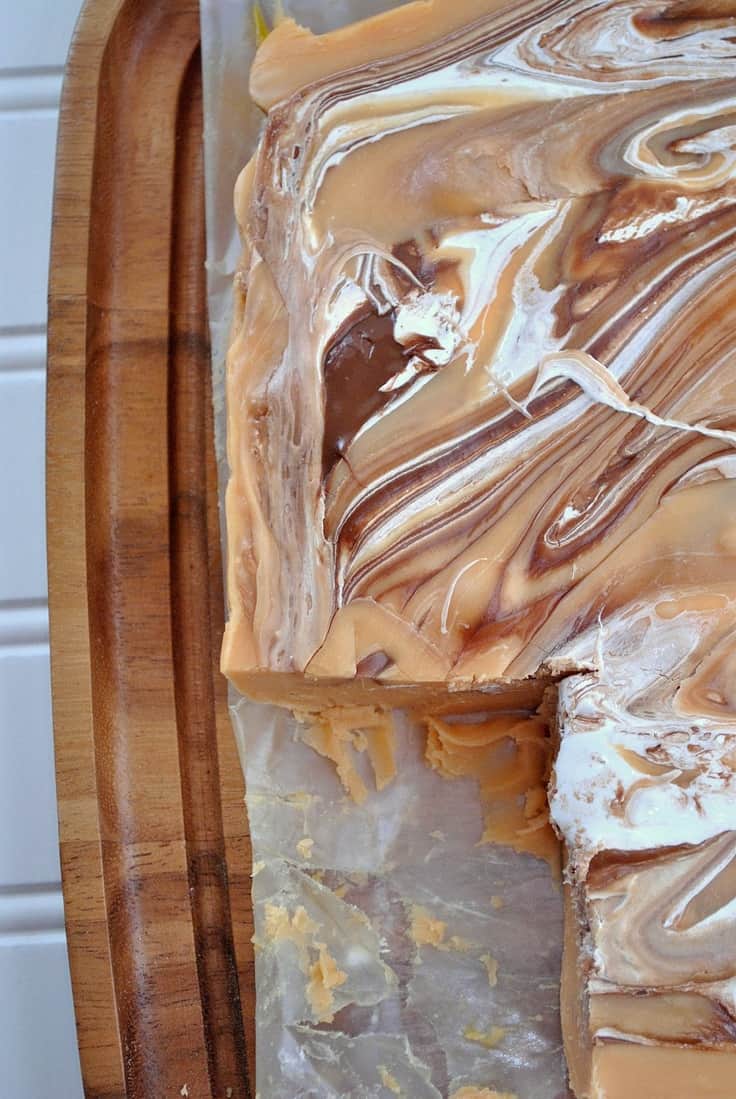 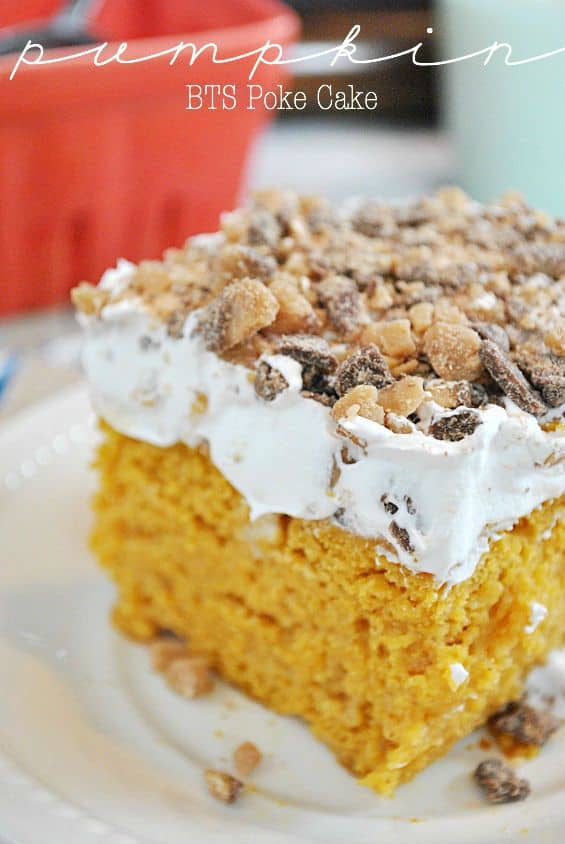