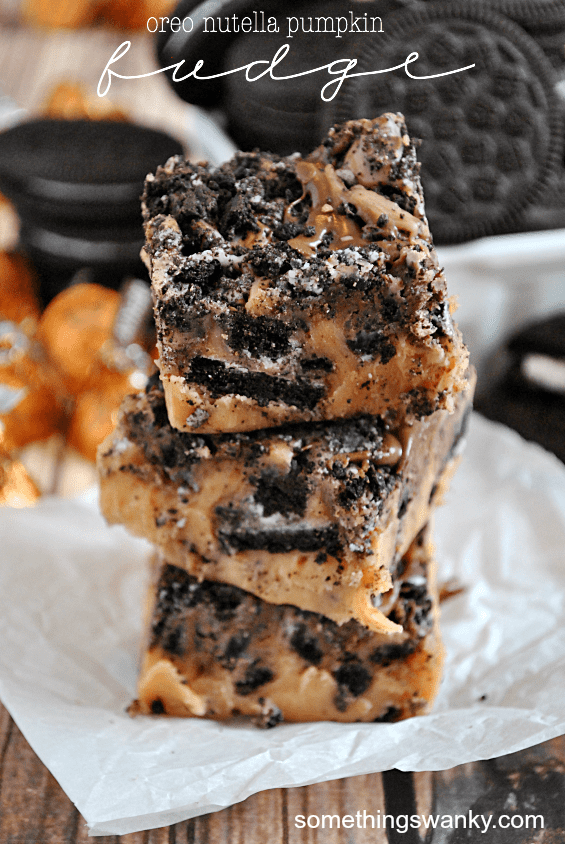 Which is an absolute travesty. Someone seriously dropped the ball there!

Anyway. I've been trying to tone it down a little bit with the Pumpkin Kisses recipes. I mean, I still posted a couple of things (these cookies and this puppy chow), but I really hate it when I post a recipe that a lot of you can't make!! 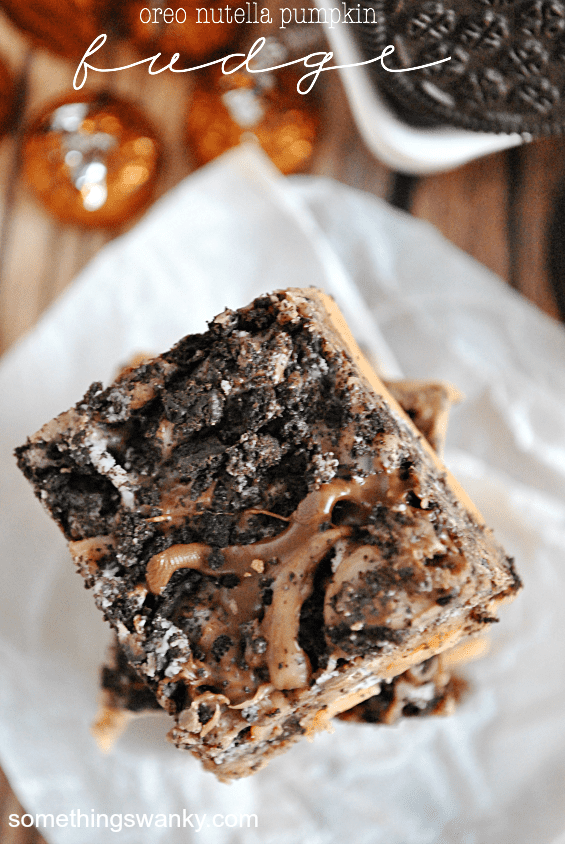 That being said, it looks like Pumpkin Hershey Kisses are disappearing from shelves for the year (hurry!! Go stock up!!), and I just had to slip one more Pumpkin Kiss recipe in before they're totally gone for good.

Pumpkin fudge made using these Hershey Kisses is simply the best fudge I've ever tasted.

Yeah. I went there. The best. And I mean it too!

Last year I made Pumpkin Fudge with Nutella & Fluff Swirl, and ohmyyyyyyyyyygosh. It was divine. I'll for sure be making some more of that soon! But I thought it would be fund to switch it up a bit for the blog this year and sub in Oreos for the Fluff (although, I have to say I think it would be awesome with both!). 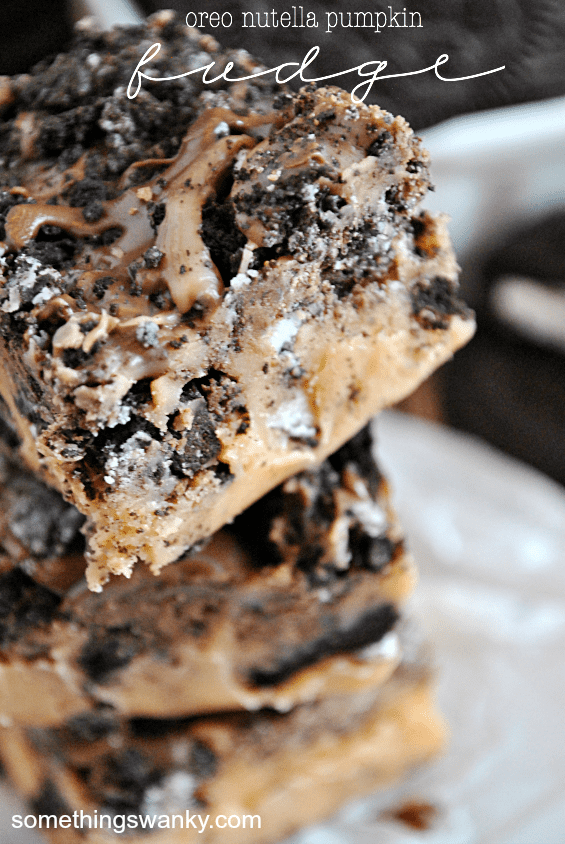 This fudge is SO easy to make. Literally, the hardest part is waiting for it to cool so you can cut it to pieces and stuff it in your face! I don't always succeed at the waiting part…. 😉

And don' forget to hurry to your nearest grocer (I usually have luck at Target or Walmart) to stock up on these Hershey Kisses before they're gone for another 11 months!

Don't miss a bite! Connect with Something Swanky: