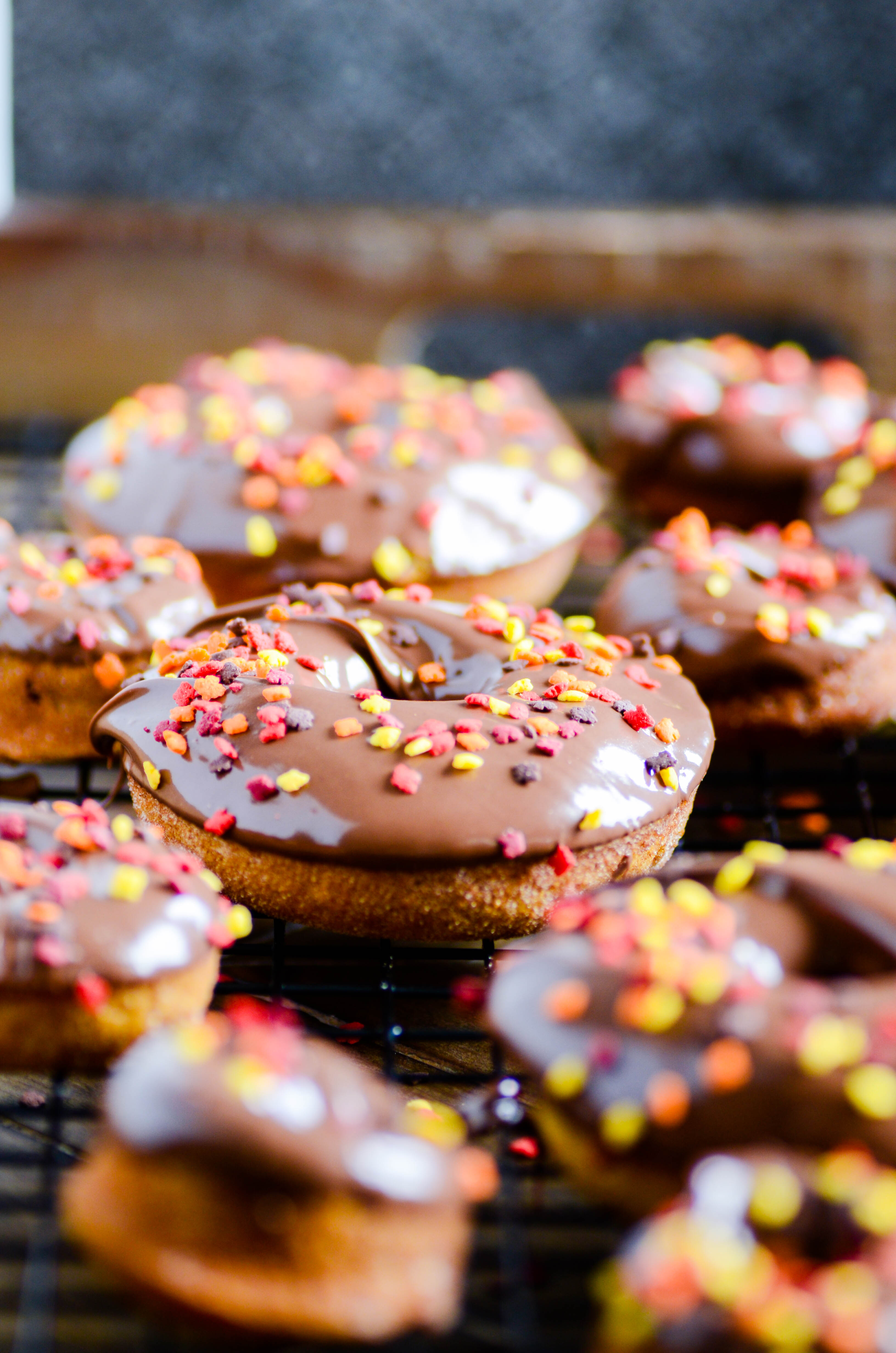 My daughter knows no seasonal boundaries when it comes to her love of pumpkin.

Regardless of the time of year, when we let her choose the dessert for family night– it's always pumpkin pie. Always. Which is so funny to me, because she is an incredibly picky eater especially in regards to texture. And it took me until adulthood (and years of acquiring more adventurous palate)  to appreciate a good pumpkin pie, because I always felt like it was kind of slimy.

It is, after all, a cold pie made of squash. I feel like kids have a right to be a little leery when it comes to pumpkin pie. But not my girl! 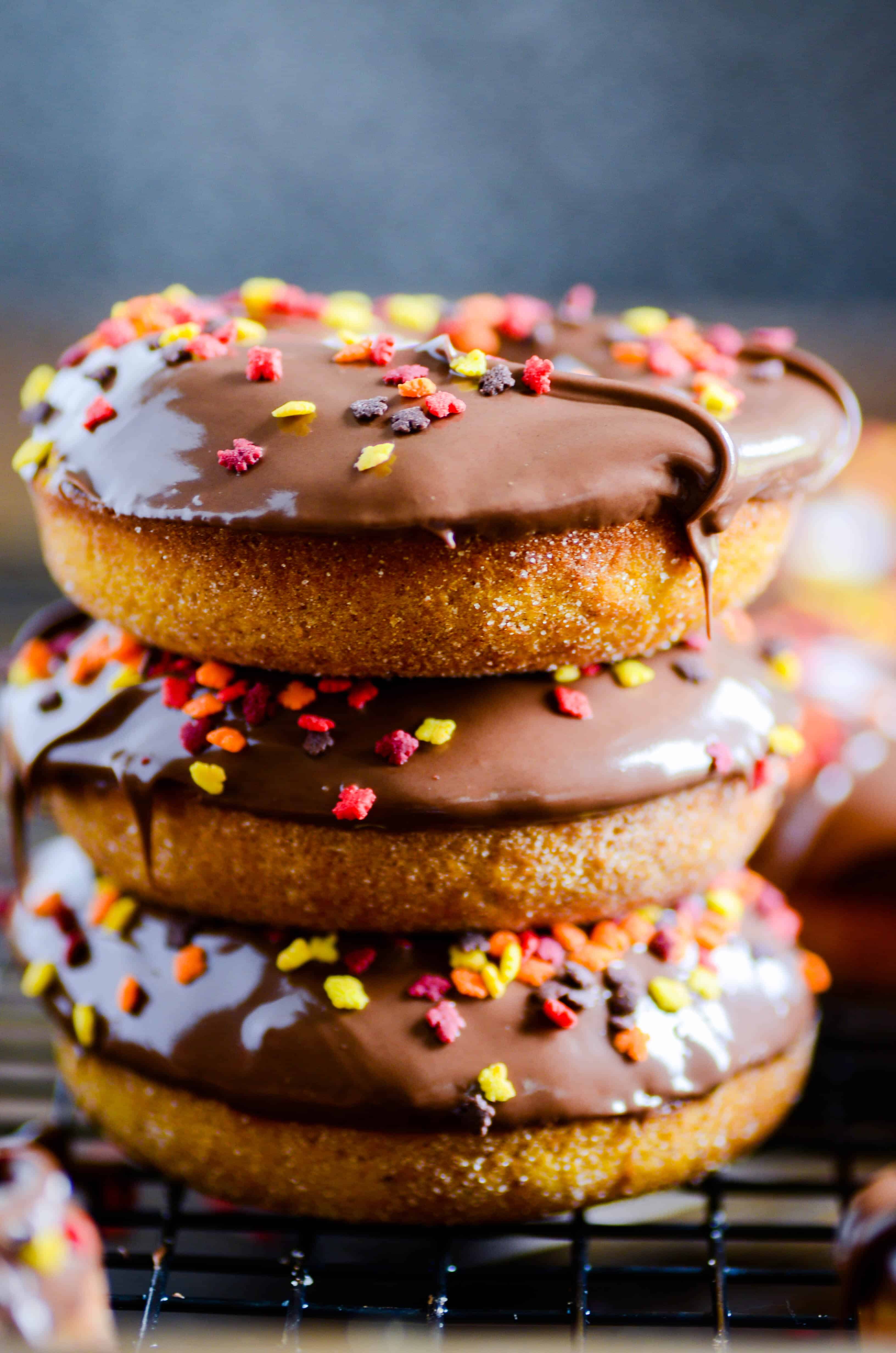 As much as I love a good pumpkin pie (now), I just feel like there is so much more fun to be had when it comes to pumpkin season. 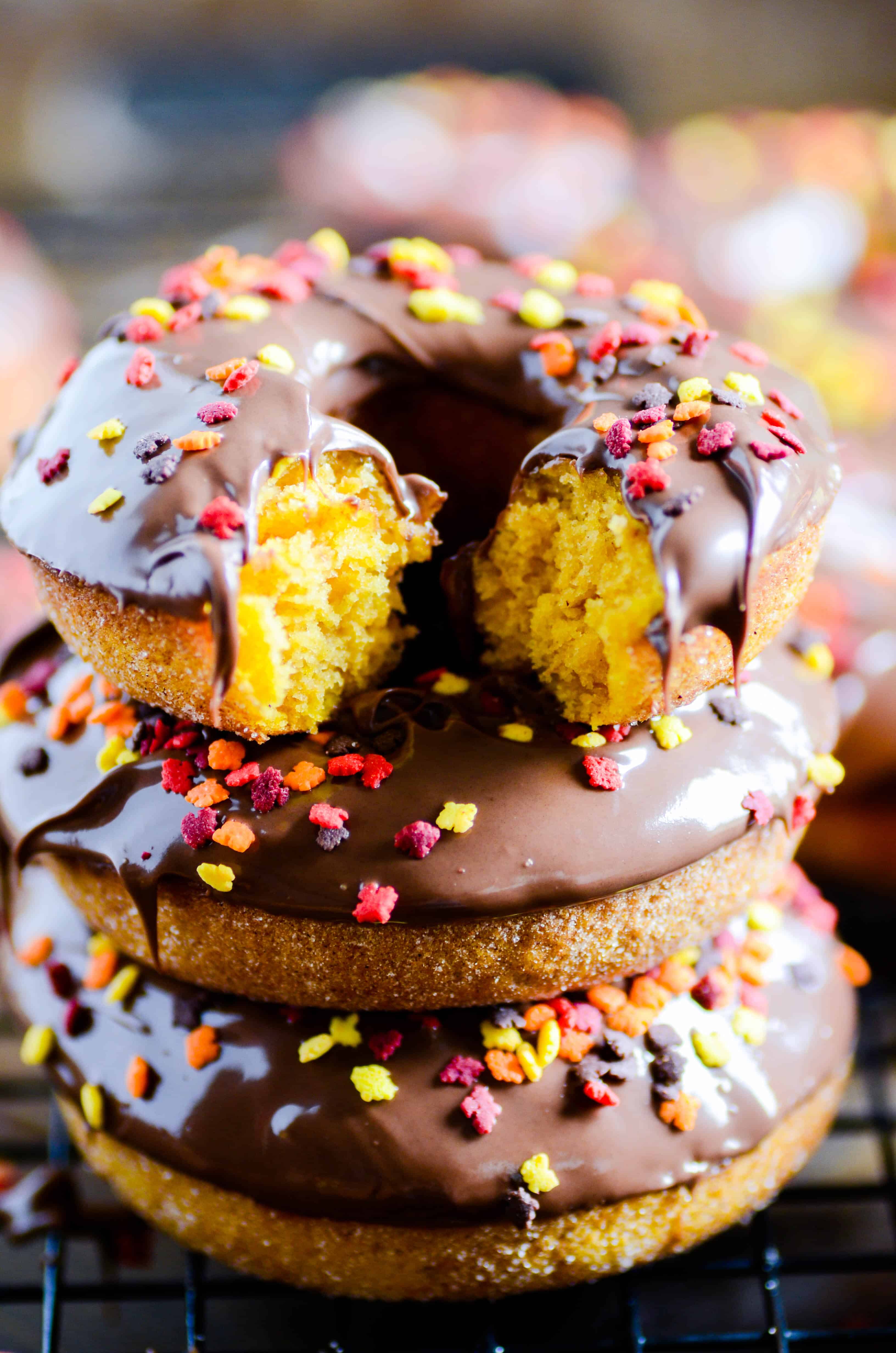 I'd have to say, at the top of my pumpkin favorite recipes list is most definitely this one for pumpkin donuts with Nutella on top.

Pumpkin + Nutella is the kind of flavor combination that dreams are made of. Initially, I thought I might make some sort of Nutella “glaze” or Nutella “frosting.” But then I realized… why mess with perfection? So I warmed up a bowl of straight-up Nutella and dunked my cinnamon sugar coated pumpkin donuts right in.

And I didn't regret it. No siree. 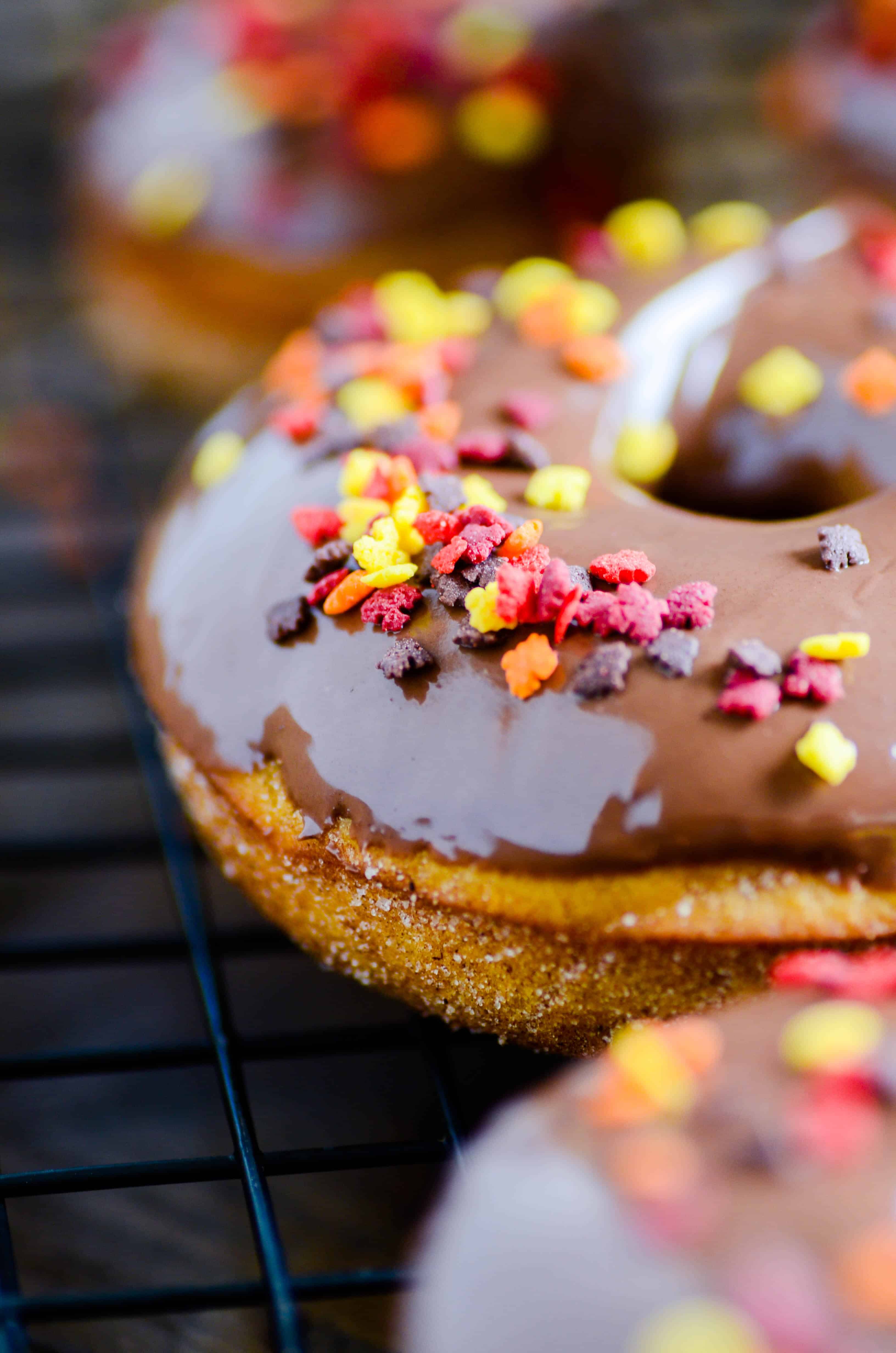 If you're ready to begin your fall baking (and really, who's not??), may I suggest that you start right here. Dig out that pumpkin, ya'll! It's Fall!