There are few things I love more than a fresh doughnut.  But a fresh gourmet doughnut? There's nothing quite like it! And to make matters even better, you can fry up Pillsbury Grand Biscuits instead of homemade dough for gourmet doughnuts in under 30 minutes! 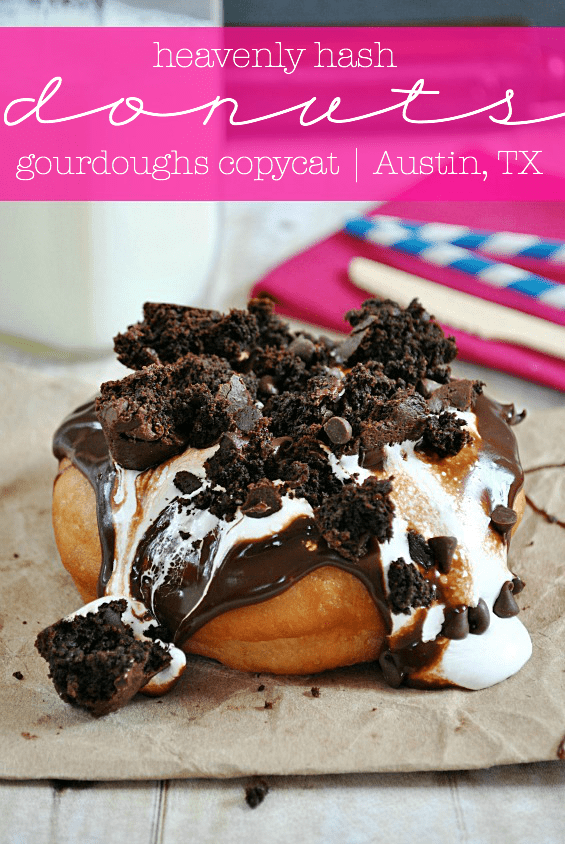 By far, one of the most memorable and noteworthy parts of my recent trip to Austin, Texas was getting to try Gourdoughs gourmet donuts!

Picmonkey generously spoiled us and provided quite the spread of Gourdoughs donuts for our Picmonkey PJ party. As in… we had FORTY TWO of these gourmet donuts sitting in our suite. FORTY TWO! 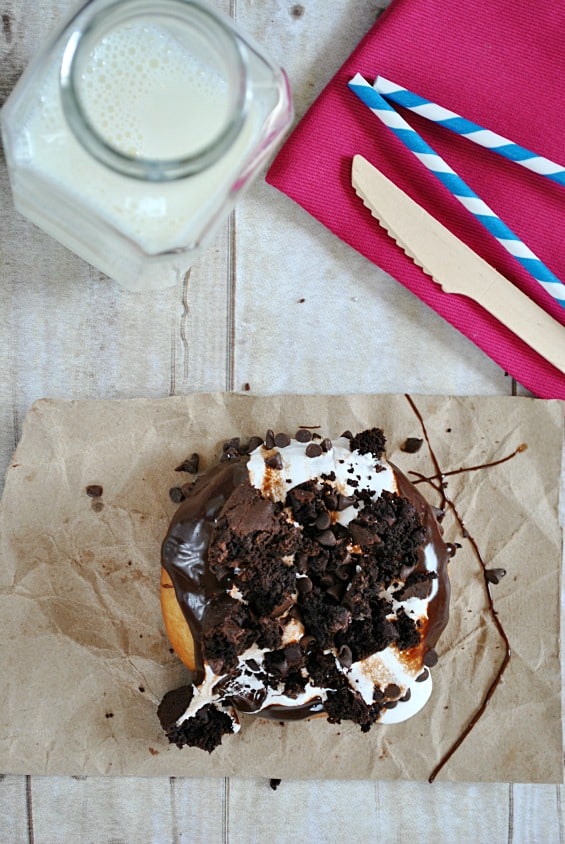 The donuts were delivered to our room while we were in classes during the BlogHer Food conference. And when we walked into the room, it was like Christmas had happened! There were 6 gigantic baker boxes sitting on the coffee table. I cautiously approached them, almost not believing there were HEAPS of gourmet donuts sitting mere inches from my fingers.

Kristen whipped the top off one of the boxes to get a good look, and I literally started squealing. And jumping up and down. And I *may* have done the same thing 2 or 3 more times when I brought in the Six Sisters, Nikki, and Dorothy to take a gander.

Okay. I did. I squealed and jumped a lot.

And the funny thing is that it felt totally involuntary. Like it was completely my natural, instinctive reaction to seeing piles upon piles of gourmet donuts. 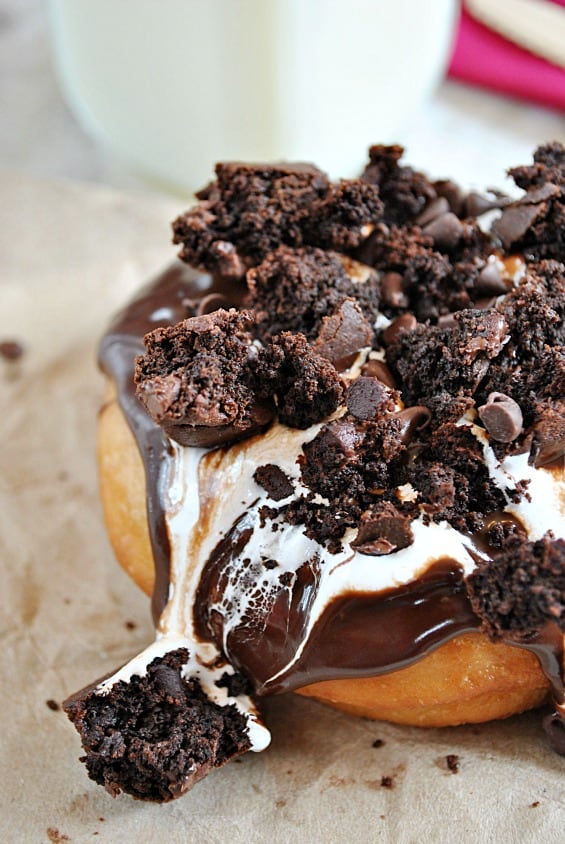 Heavenly Hash was my favorite… obviously. It's chocolate fudge, marshmallow cream, brownie chunks, and chocolate chips. So yeah. It was amazing. Although, I went into my taste testing a little biased…

Kristen had this inspired idea to do a Gourdoughs copycat recipe blog hop with a bunch of other bloggers. So before I even laid eyes on the beauties, I had already claimed Heavenly Hash as my donut.

But really, this would have been my favorite donut either way. All of my favorite things piled on top of fried dough. Uhmmmmmm, YES please! 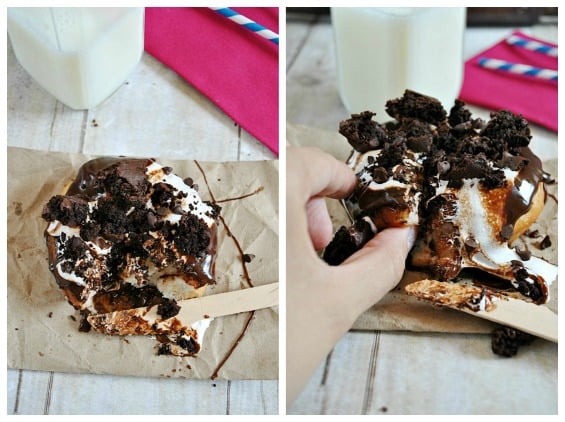 Annnnnd… I'm just going to come out and say this (Austin natives, don't hate me!): I think I actually like my homemade version better. Maybe it's because I ate them fresh, just moments after frying and topping. Or maybe it's because I used my favorite homemade brownies on top, also freshly baked. So I was definitely at an unfair advantage since I didn't get to try the doughnuts at their prime in Austin.

But all I'm really trying to say here is: these are awesome. Making these at home is just as great (or better) than eating them in Austin. Although either way– it's an unforgettable experience!

Want to check out some other Gourdough's Doughnuts? Go see some of my friends today!

PB & J by Capturing Joy | Granny's Pie by Crazy for Crust | Heavenly Hash by Something Swanky | The Carney (Apple Pie Doughnuts) by Shugary Sweets | The Flying Pig by The Novice Chef | Dirty Berry by Inside BruCrew Life | Bring the Heath by Mom on Timeout | Son of a Peach by Chef-in-Training | Mama's Cake by The Domestic Rebel | The Mother Clucker by Oh Sweet Basil | Cherry Bombs by My Life as a Mrs. | The Funky Monkey by The Little Kitchen | The Baby Rattler by Confessions of a Cookbook Queen | Black Out Cupcakes {inspired by Gourdoughs} by Cookies & Cups | ODB by Sweet Treats and More | The Puddin' by Lauren's Latest | Naughty & Nice by Life's Ambrosia | Miss Shortcake by Kevin & Amanda