I don’t know if you’ve noticed, but I’ve been trying to make a change to the types of recipes I’ve been posting lately. I mean, I’m not going to start posting lasagna or anythingdinner-like (shudder)! But I have been trying to post more “functional” dessert recipes (yes, they exist).
My mom once told me that she enjoyed looking at the pictures on my blog, but that she didn’t know what to “do” with the recipes.
And, at first, I was all, “Mommmmmmmmm. You make the recipes and then eat them!!! Geez….” Right? Right. …right? 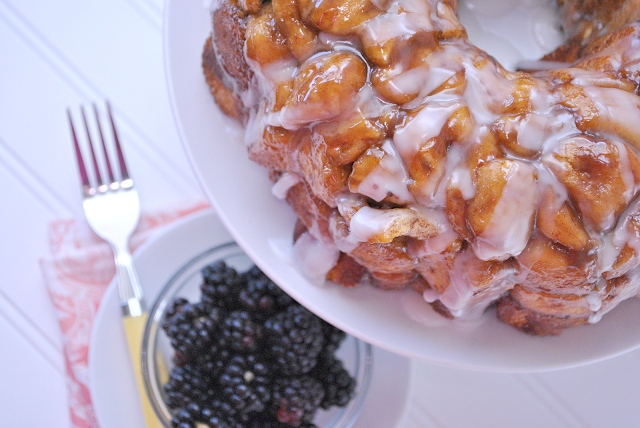 It’s so hard to take constructive criticism from your mom, isn’t it? But hard as I tried to fight it, the soul searching began and I thought back on some of my favorite recipes…
108 Oreo Cake? Unbelievable, yes. But let’s be honest here. Who’s really whipping that up in a flash to take to the church pot luck?
Deep Fried Cadbury Eggs? Out of this world delicious. But practical? Maybe not so much…
Nutter Butter S’mores Ice Cream?
…Ok. Actually you really can’t go wrong with that one 😉
Anyway. The point is: my mom was right. And not only was she right, but I also realized: my mom is totally my target demographic!
And had any other stay-at-home/mommy/baker/pinterest-lover said that same thing to me, I would have immediately thought, “Ok, what changes do I need to make so that this woman wants to make my recipes?” 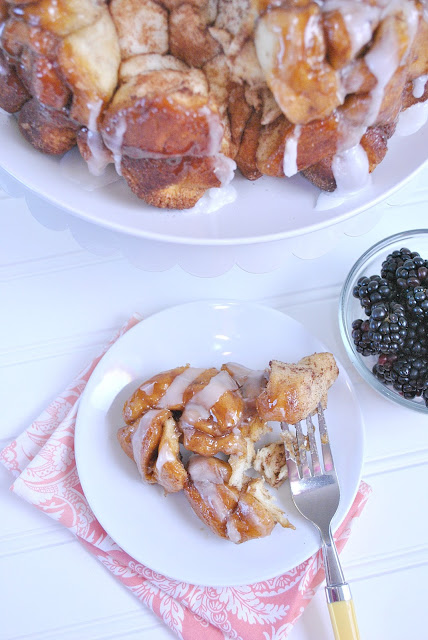 So in an effort to create some more “practical” dessert recipes (which may be some sort of joke… I still haven’t decided), I give you: Super Easy Cinnabon Monkey Bread. It feeds a crowd, doubles as a meal and dessert, and takes less than 10 minutes to prep. Voila!
That’s one fully functional dessert! ….thankyouverymuchmom.
Recipe adapted from Our Best Bites Cookbook
Continue to Content

Please visit my Party Page for a more complete index of Link Parties.