Homestyle Cinnamon Rolls made with a crusty French bread recipe. 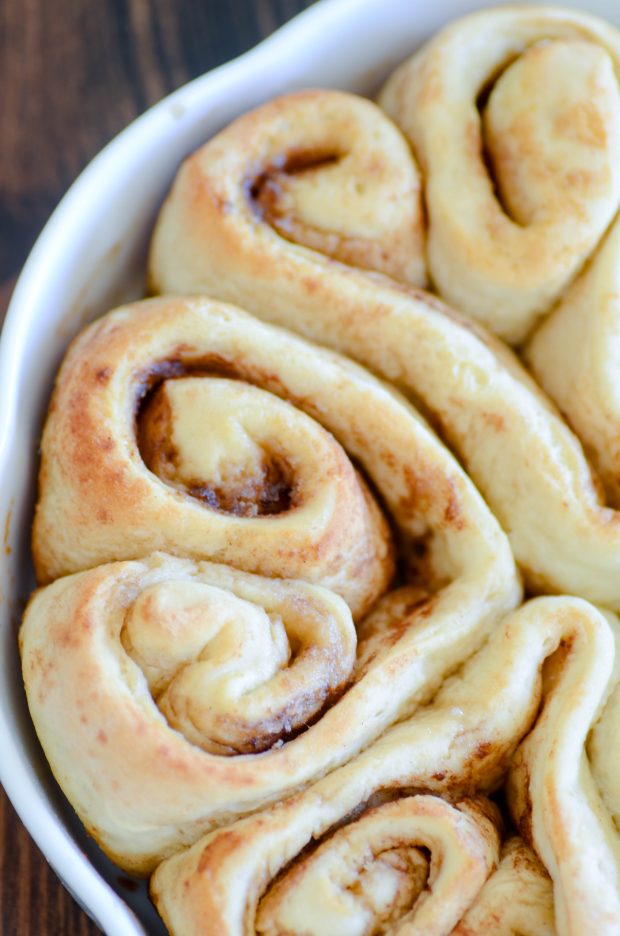 Earlier in the week I made French bread to go with our soup dinner. My recipe makes two loaves; and even though my little family of four could easily devour two loaves of homemade French bread without a problem, I decided I wanted to use half of the dough for something else. Something sweet.

My mind first went to cinnamon swirl French bread. Which I've done before. So then I thought… cinnamon rolls! I figured Chris and I could sneak in one or two sweet rolls fresh from the oven during our TV time that night and save the rest for breakfast in the morning. Perfecto ????????. 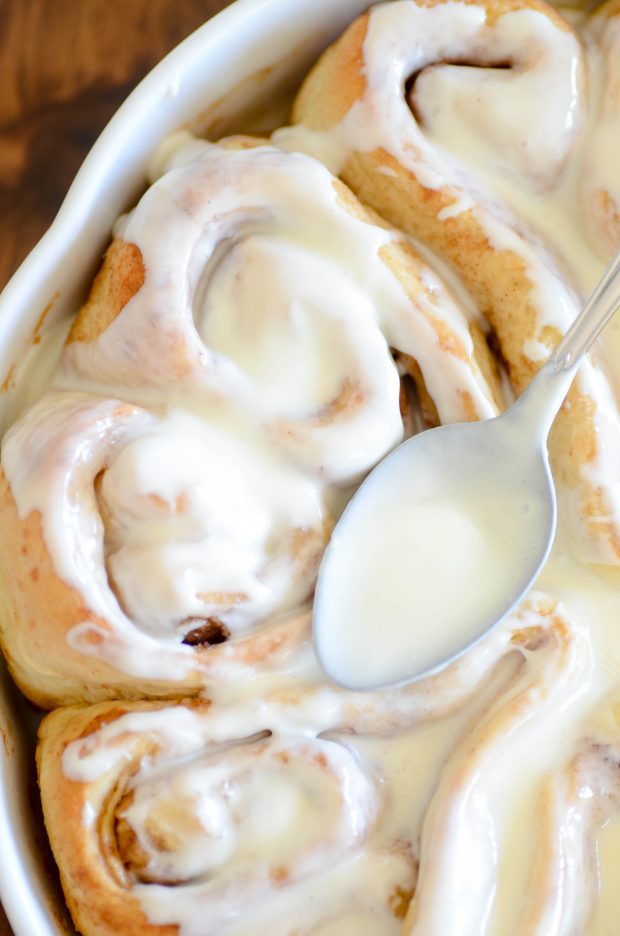 If you've never made homemade French bread, you absolutely must do it ASAP!

It's very, very, surprisingly simple. Yes, there is some wait time involved. But that's hardly a big enough deal to stand in the way of homemade French bread, am I right?!

And while you're making that recipe, you might as well do what I did and save half of the dough for these sweet rolls, because they are ah-mazing.

What sets French bread apart from other yeast breads are two things:

1) you're going to punch down the dough every 10 minutes for almost an hour while it rises. Don't worry, it's really not as bad as it sounds. I keep mine in the KitchenAid stand mixer the whole time under a kitchen towel. Set the microwave timer for 10 minutes (and start a tally to keep track of rises), and come back to turn on the mixer for a minute when the timer goes off. Not that bad at all.

2) You roll french bread into a loaf. It gives the bread a little swirl inside. And it probably does other fancy things at a molecular level with the air and the yeast and all that. But I'm going to leave that to some other food geek to spell out. All I care about is that it tastes like French bread. And French bread is tres bon! ???????? 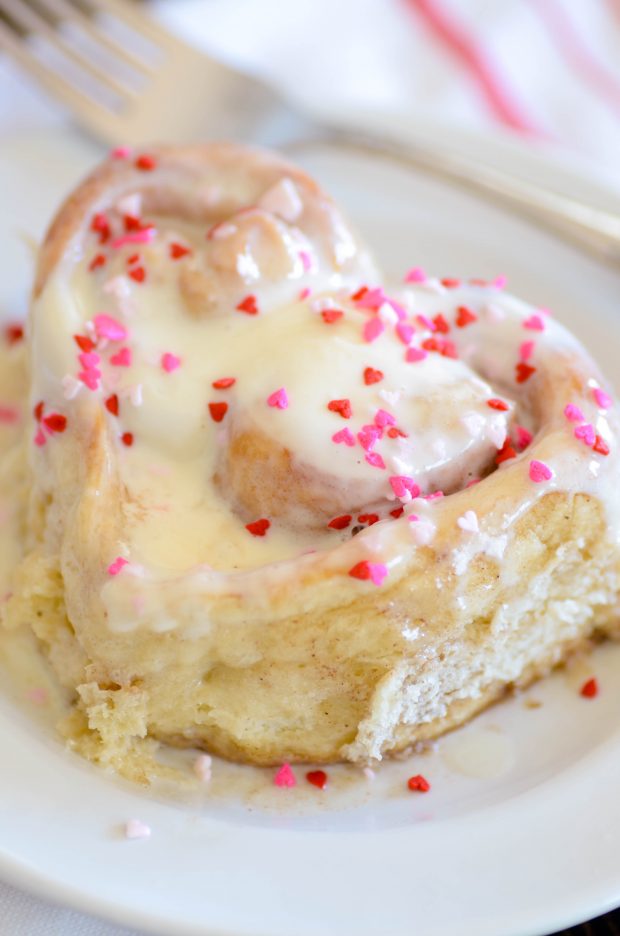 Lastly, let's talk about shaping your cinnamon rolls into hearts. It's not necessary, but why wouldn't you want to eat food shaped like a heart?!

You've probably seen this a million times all over the internet, but in case you haven't– here's a brief synopsis of the process.

???? After you've sprinkled on the sugar and butter and cinnamon, roll up the dough jelly-roll style like you would normally do for cinnamon rolls.

???? Slice them, like you would normally do for cinnamon rolls.

???? Unroll the spiral, and then roll the ends towards each other meeting in the center.

???? Pinch the bottom to make the point of the heart. Easy!

Pour the warm water into a small bowl (I use a 4-cup Pyrex measuring cup). Sprinkle the yeast over the water. Sprinkle the sugar and the salt over the yeast. Add the oil. Let water sit for about 5 minutes until the yeast is foamy (see this post on how to proof yeast).

Fit your stand mixer with the dough hook and add the 5 cups of all purpose flour to the mixer bowl. Add the water to the flour (be sure to scrape the sides of the bowl so that all the sugar comes out). Turn the mixer on low speed and mix until a dough forms. The dough should neatly pull from the sides of the bowl. If it sticks to the sides, add the additional 1/2 cup a little bit at a time until the dough is smooth, elastic, and pulling from the sides.

Once the dough looks just right, turn the mixer off and cover the bowl with plastic wrap or a kitchen towel. Let rest for 10 minutes. Then knead dough for a minute.

Allow to rest and rise for another 10 minutes. Then knead again for a minute. Repeat 3 more times (for a total of 5 rests and 5 kneads).

Divide dough into two equal portions. Roll out each portion of dough into a large rectangle, about a 1/4 to 1/2 inch thick. Spread the butter over the dough; mix together the brown sugar and cinnamon and sprinkle mixture over the butter.

Roll the dough, starting at the long side. Slice each log into 8 pieces pieces. Place them cut side down into a well greased 9x13 baking dish, jelly roll sheet, or into multiple pie pans (which is what I like to do).

Make the icing: vigorously whisk together the melted butter, powdered sugar, vanilla, and milk until a smooth icing forms. Drizzle over cinnamon rolls before serving warm.