These cinnamon rolls are GINORMOUS and take less than one hour to make!! It doesn't get any better than this. 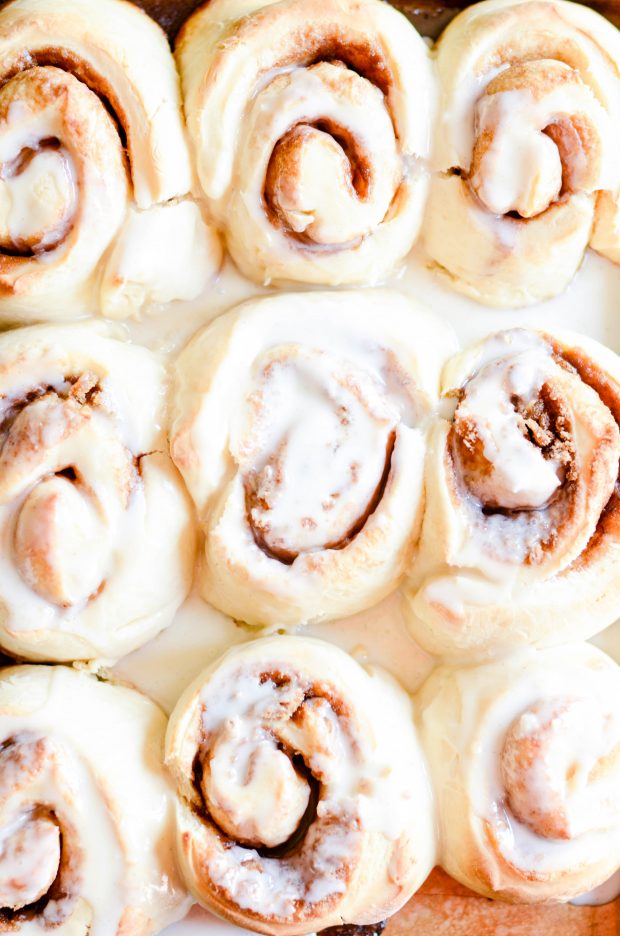 Ladies and gents, may I present my current favorite recipe for big, fat, deliciously fluffy, and supremely quick and easy cinnamon rolls!

I make cinnamon rolls at least 2 or 3 times a month. By far and away my favorite food. Besides chocolate chip cookies, obvs. Nothing says homey, cozy, family together-y time like a batch of homemade cinnamon rolls.

And nothing says omg-I'm-gonna-die-of-starvation like waiting for dough to rise and rise and rise. So there will be none of that here! I mean, there is some rising. But we're speeding it up real quick-like and keeping this whole process to under an hour TOPS, so no sweat! 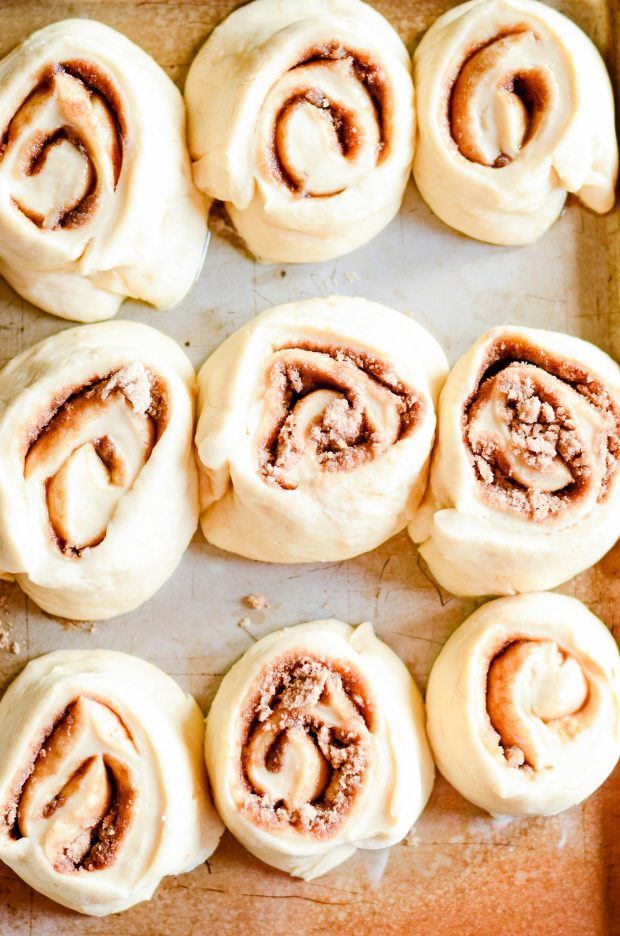 Then we'll fill it up with cinnamon and butter and sugar, roll it up, and cut it into big, fat, chunky slices.

Next: a quick little rise. Just a smidge of one, really. My secret? Do it on top of a heating pad! Who else does this? It's a fabulous little life-saving tip. Just place the baking sheet right on top of a warm heating pad, cover it with a towel, and give it about 10-15 minutes to let them get nice and airy inside. 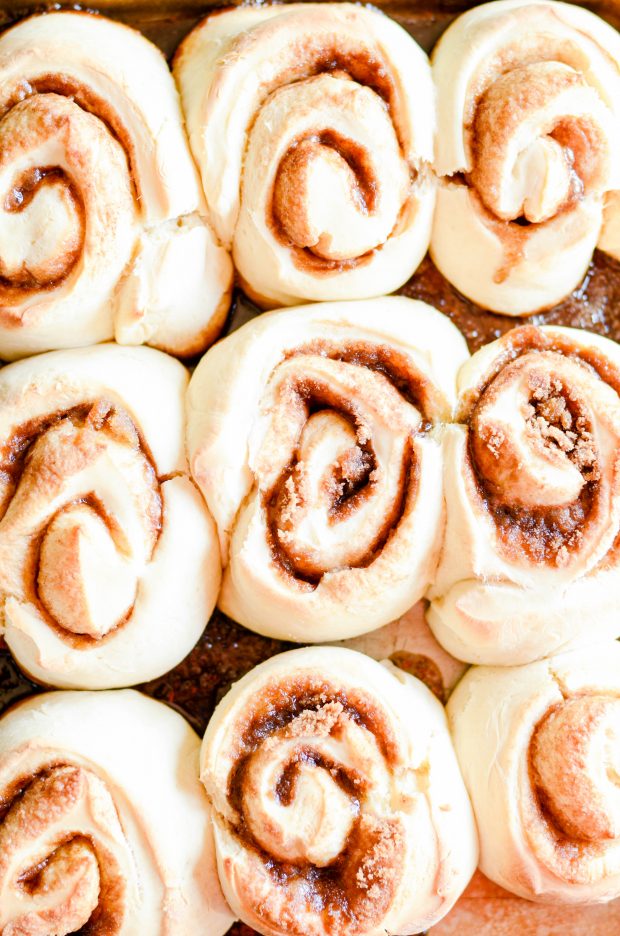 Next: my super quick and easy just-like-canned-cinnamon-rolls frosting! I could drink this stuff, seriously. I mean, I like cream cheese frosting and all, I really do. But for me, this simple buttery glaze is better than anything on a fresh, warm cinnamon roll. 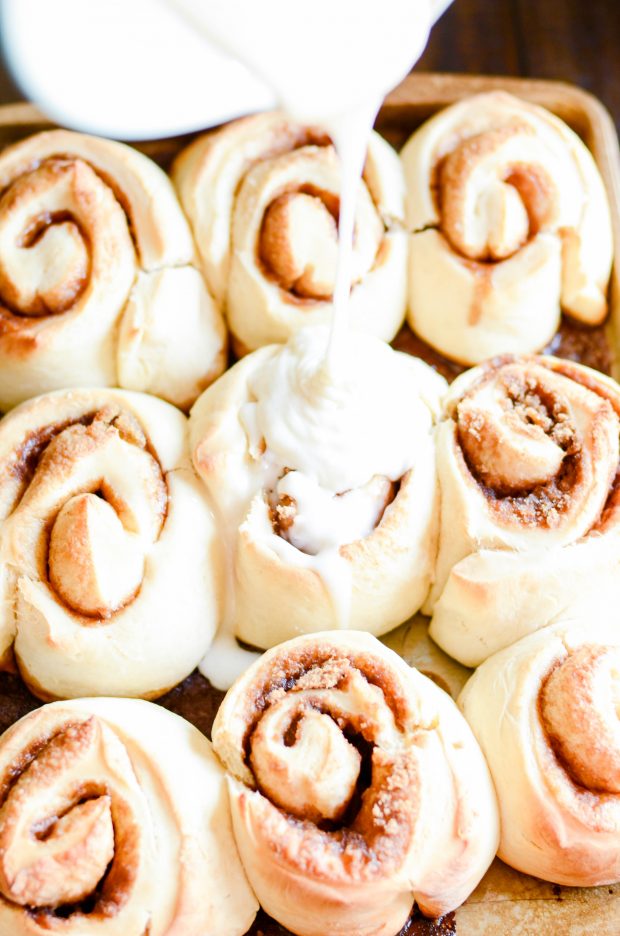 Also, props to my mom for this shot. We had a struggle with the pouring thing, but she got it eventually????. 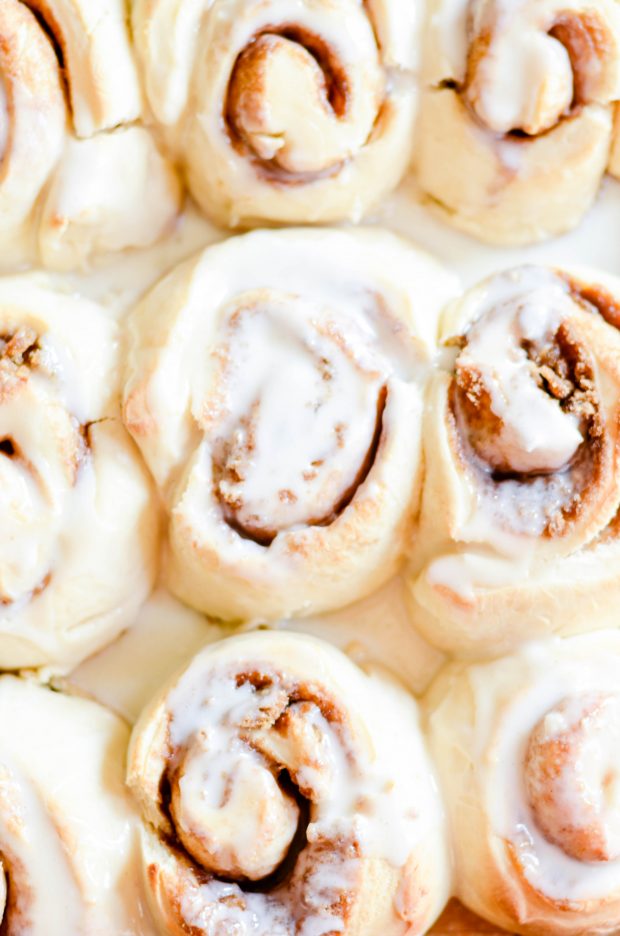 Or lunch or brunch or dinner or snack. Whatever. I wouldn't judge.