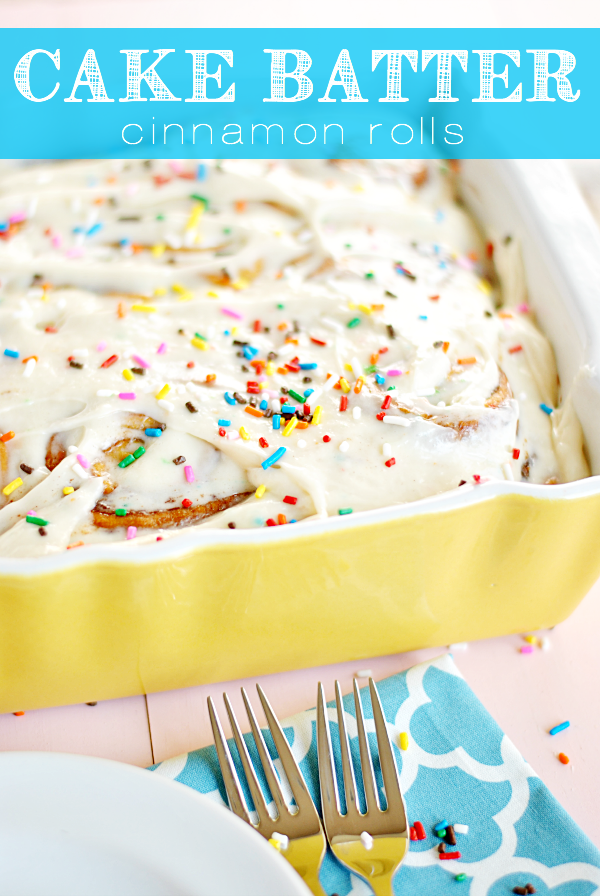 As things turned out, I was making confetti cake bread dough for another project. Problem was– the recipe makes a huge amount of dough. Not such a bad thing when you're feeding guests or making a birthday feast… but when it's just a Tuesday night in October? Annnnnnnnd you're not so great a halving a recipe (sad but oh-so-true)? Then it's an issue.

So I decided to do a little multi-tasking and create a recipe to post. I've been wanting to try cake batter cinnamon rolls forever and wasn't going to waste the opportunity!

Side note: this is probably a good time to warn you– this recipe does make a lot. If you make the recipe as written below, it will make 2 – 9×13 pans of cinnamon rolls. If you don't need that many, you can always half the recipe or freeze half of the dough before it has a chance to rise.

Despite the fact that this recipe makes such a large batch, I absolutely adore it. Thanks to cake mix, the flavor is right on. And even though yeasty recipes can be a little finicky, this one has always turned out perfectly soft and fluffy for me each time I've made it.

It is like you're literally licking cake batter off your fingers, but somehow so much better. That stuff hung the moon.

Plus, there are sprinkles. And who can argue against a dessert with sprinkles?

For the cake batter icing:

Meanwhile, preheat oven to 400ºF and prep the filling.

*I know this seems like a lot. Every time I make these I think "this is WAY too much!" But then, when it's all baked and on my plate, I'm so glad I stuck to the measurements 🙂 .

** Yes.... you'll need a second box of cake mix just to make this icing using only 1/3 of a cup. But it's SO worth it. And there are plenty of fun recipes out there using less than a full box of cake mix-- so be sure to save the remains for another treat! 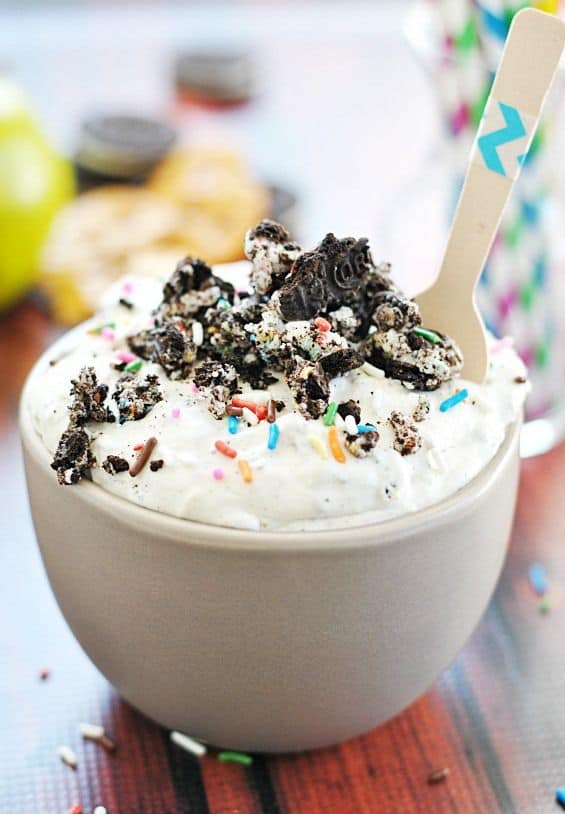