Supremely easy cinnamon rolls with only one short rise! Whether you're short on time or a novice baker, this recipe is perfect for you. 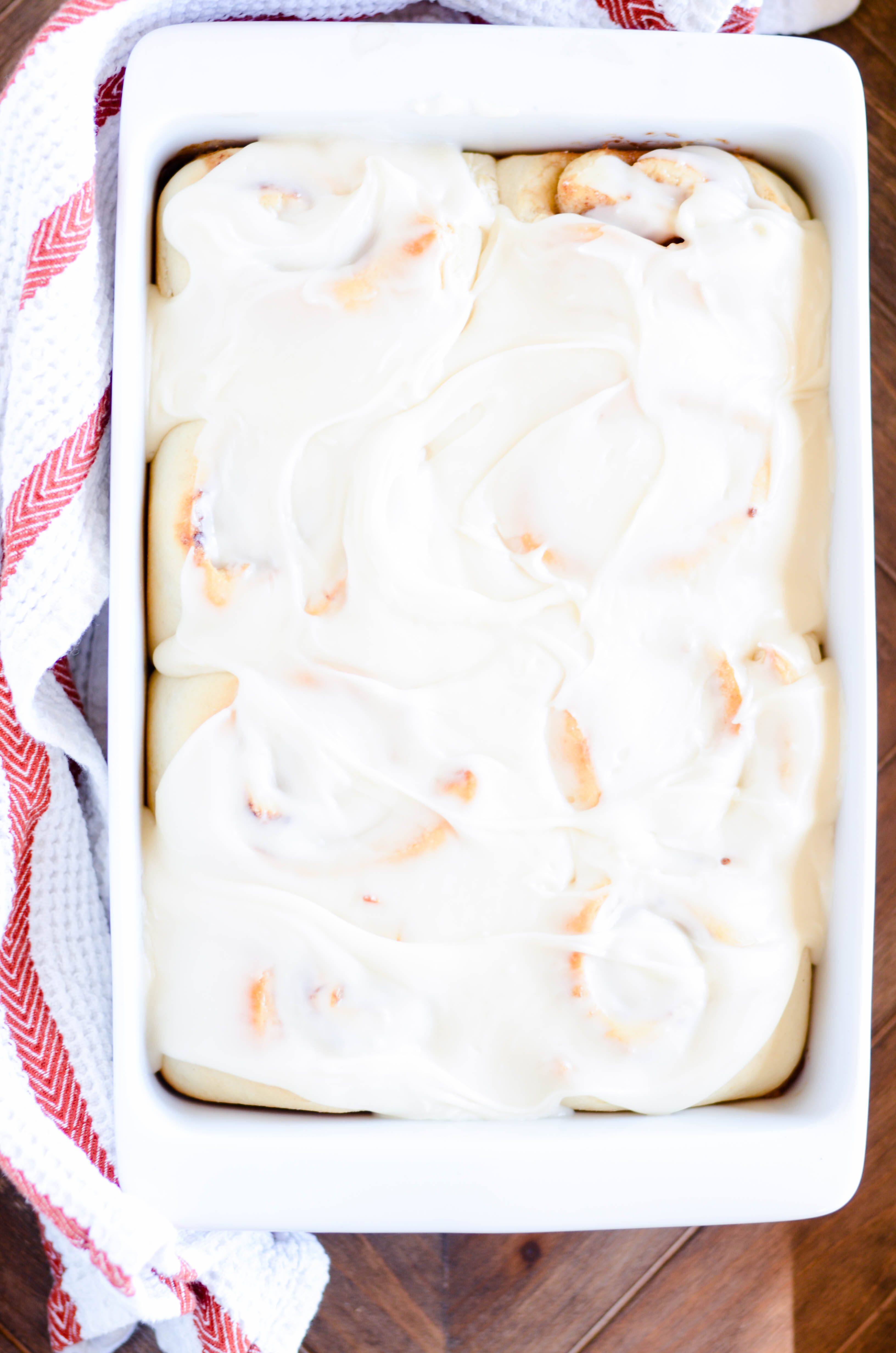 This is a recipe for classic, gooey, soft and cinnamon-y covered in frosting homemade CINNAMON ROLLS… when you need them in a hurry.

If you have the time, I think the VERY best recipe for cinnamon rolls is right here. But if you don't have the time or patience for that, these are a close second, and I know you will love them! 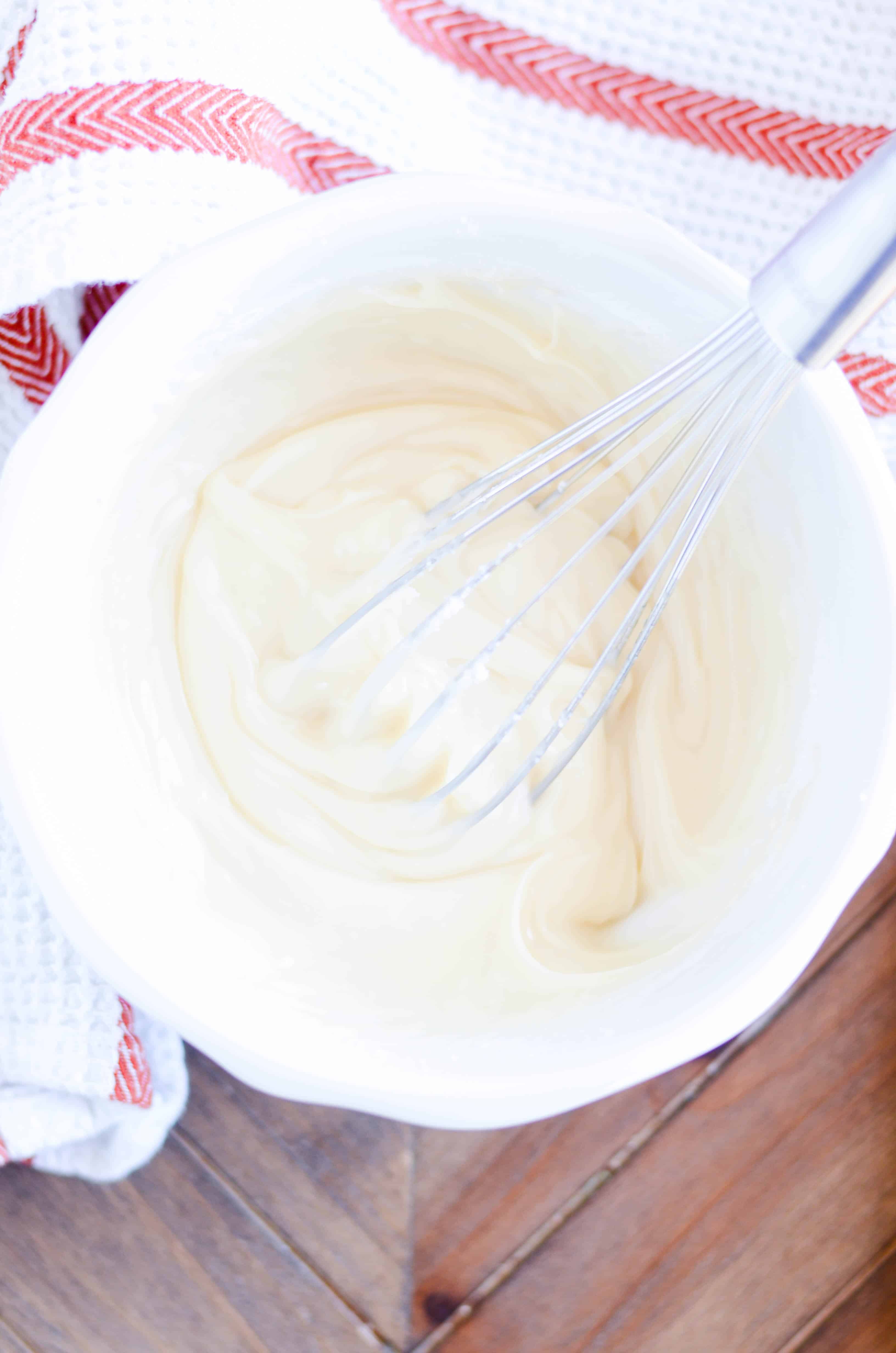 I know this makes me sound like a 10-year old, but my favorite part of these cinnamon rolls is the frosting!

It's perfectly ooey and gooey and tastes a lot like the frosting you get inside a can of refrigerated cinnamon rolls. Which I think is completely nostalgic, because it reminds me of eating cinnamon rolls when I was a kid. 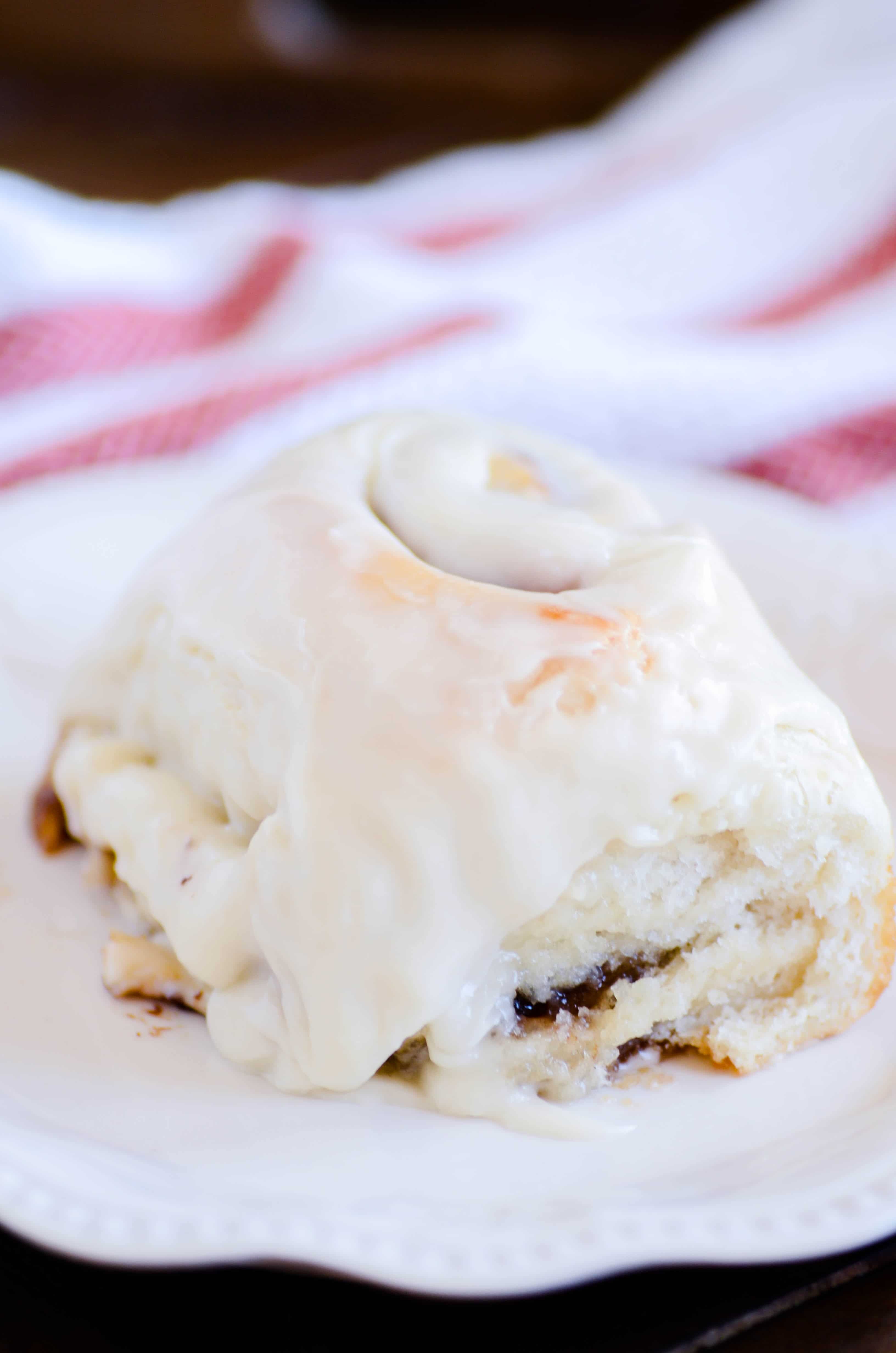 The dough is made easily by using my much used-and-loved Quick Dough recipe. Which– by the way– is fabulous. I use this recipe at least once a week for pizza crust, dinner rolls, pigs-in-a-blanket, and… cinnamon rolls! It's really an awesome recipe to keep in your back pocket for those crazy weeknight dinners.

But back to cinnamon rolls…

You can have these babies on the table in less than an hour. I'd say 40 minutes, give or take.

Here's the secret to making the magic happen so fast: you'll need an electric heating pad about the same size as a 9×13 baking dish. 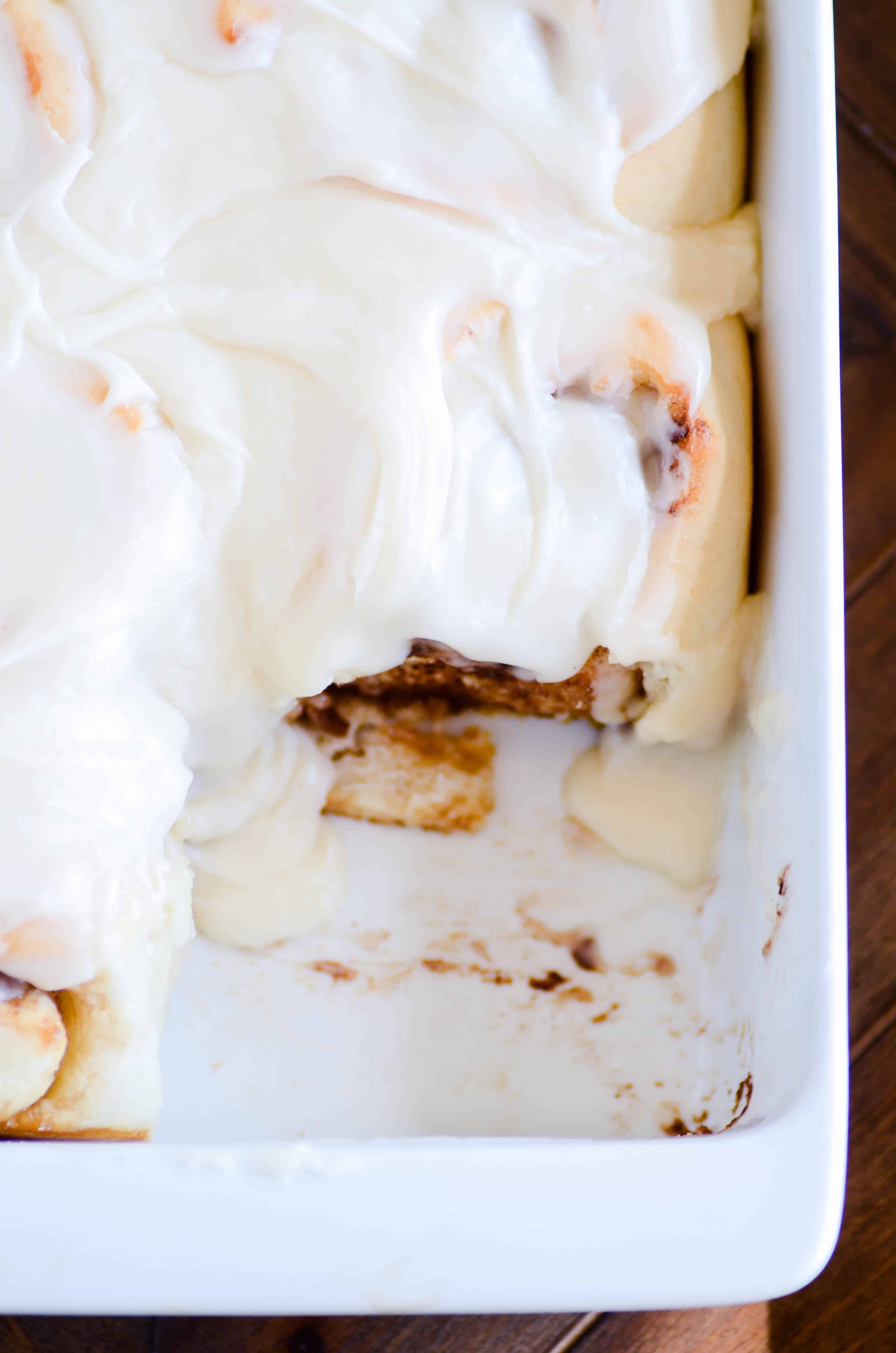 Have you ever used a heating pad to speed up the rising process? I do it all the time, and it is the best. Simply set your cinnamon rolls (pre-baked, of course) on top of the heating pad (I set mine to high) and cover them with a towel. After about 15 minutes, they're plumped up and ready to go into the oven.

If you don't have a heating pad, have no fear! My quick dough is just that– quick! So even without a heating pad, these rolls will rise in relatively little time (about 30 minutes).