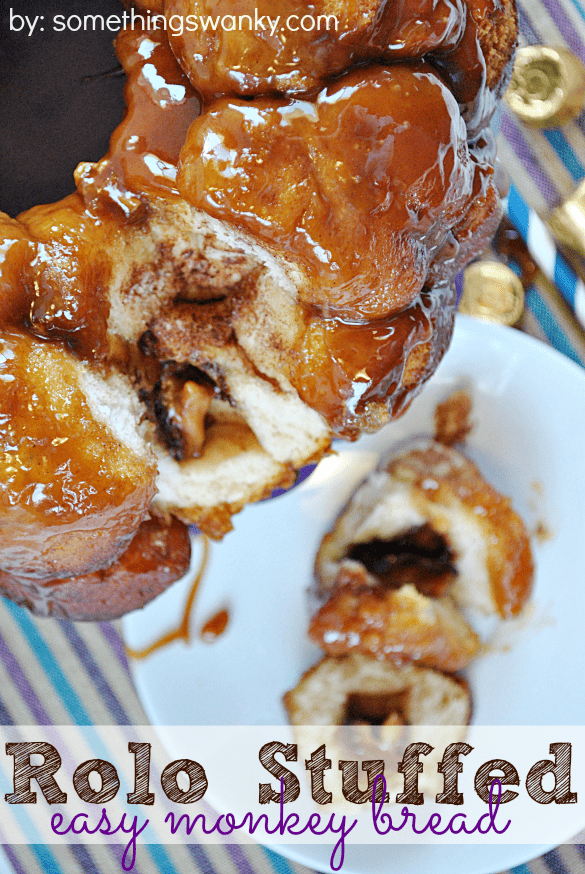 For straight up snacking or for topping cookies, you want the Kisses. They’re great in rice krispies treats and dips too– pretty much anything you don’t have to bake them in.

But for anything you have to bake? You need Rolos all the way.

I actually can’t stand Rolos out of the package. They’re too stiff and chewy for me. I’d much rather pop a caramel filled Hersheys Kiss any day! But something magical happens to Rolos when you bake them, and they become about a bazillion times better than they were before melted. Even after they cool and harden, I swear they’re still better then than they were straight out of the package! I’d be interested in knowing the chemistry behind baking a Rolo… any smarties out there who could educate me on this?

Anyway. I think it’s that stiff chewiness that makes a Rolo the best caramel filled candy candidate for baking. They hold up under the heat really well, so that after the baking happens, the gooey caramel is still there.

Have you ever baked a caramel filled Kiss? More often than not, it seems like the caramel sort of soaks into the rest of the dessert, and you totally lose the caramel “it” factor. They’re too soft and just don’t hold up to the heat as well. Don’t read me wrong here– I like that “softness.” I like it going from that golden tin foil wrapping into my mouth!

But when it comes to baked goods– you’ve gotta stick with Rolos. They’ll never fail you under pressure. 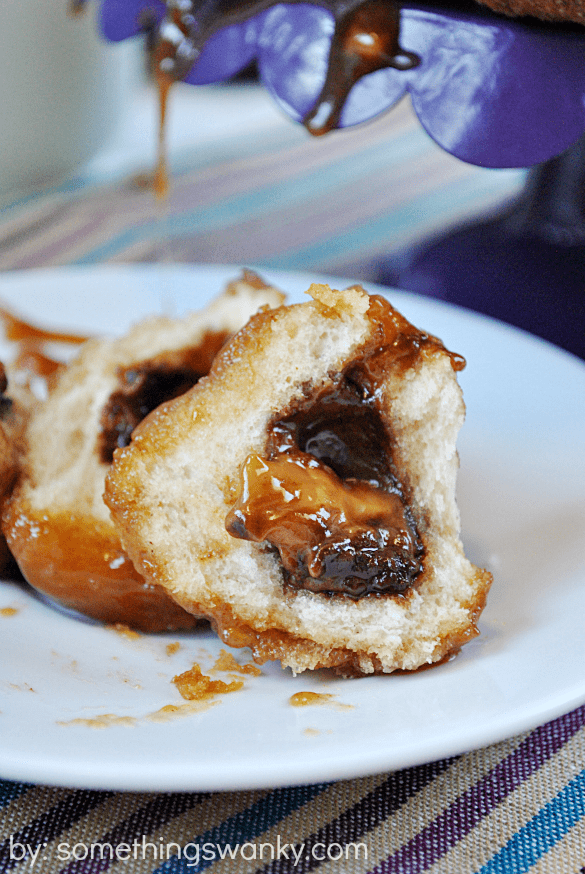 They worked beautifully in this monkey bread, and I couldn’t be happier with the results. I’ve about decided that all monkey bread is addictive fresh and right out of the oven. But it takes something special to still be just as addictive a day later, left uncovered, and nuked twice for photos.

This monkey bread? It’s something special. 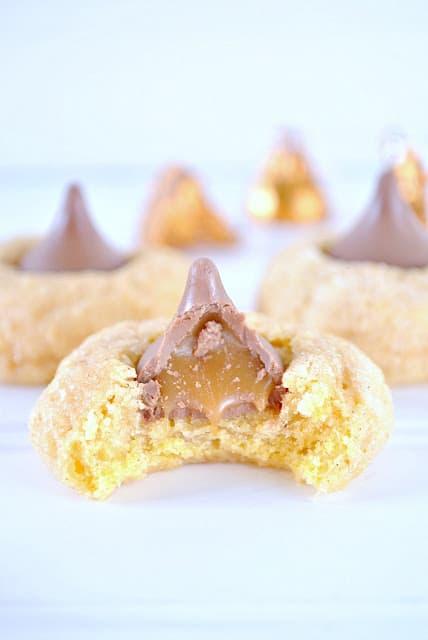 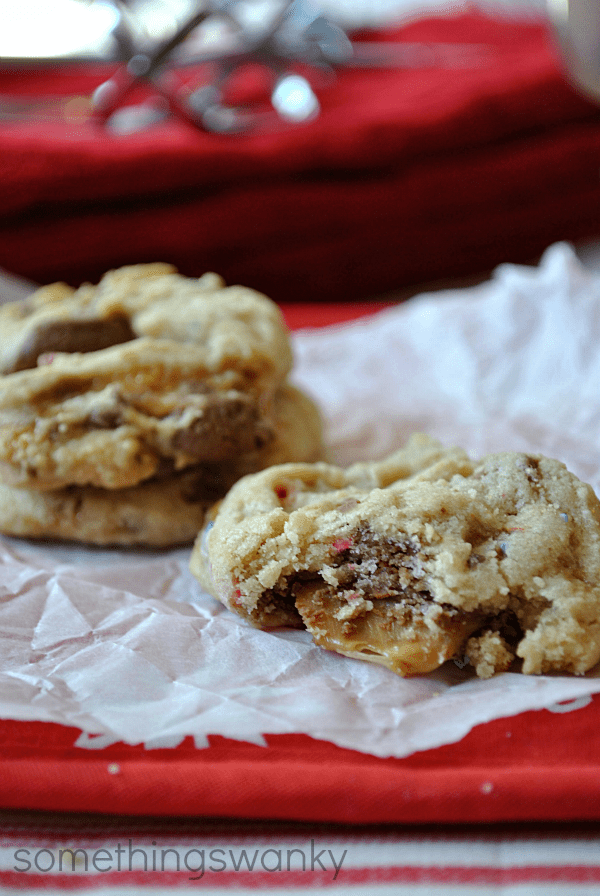