If you love French toast, you'll flip over this recipe for chunky, overnight, baked French Toast! This is the superhero version of your favorite breakfast toast made with THICK slices of monkey bread, delicious cinnamon and brown sugar swirled throughout, and an unbelievable caramel syrup to top it off. 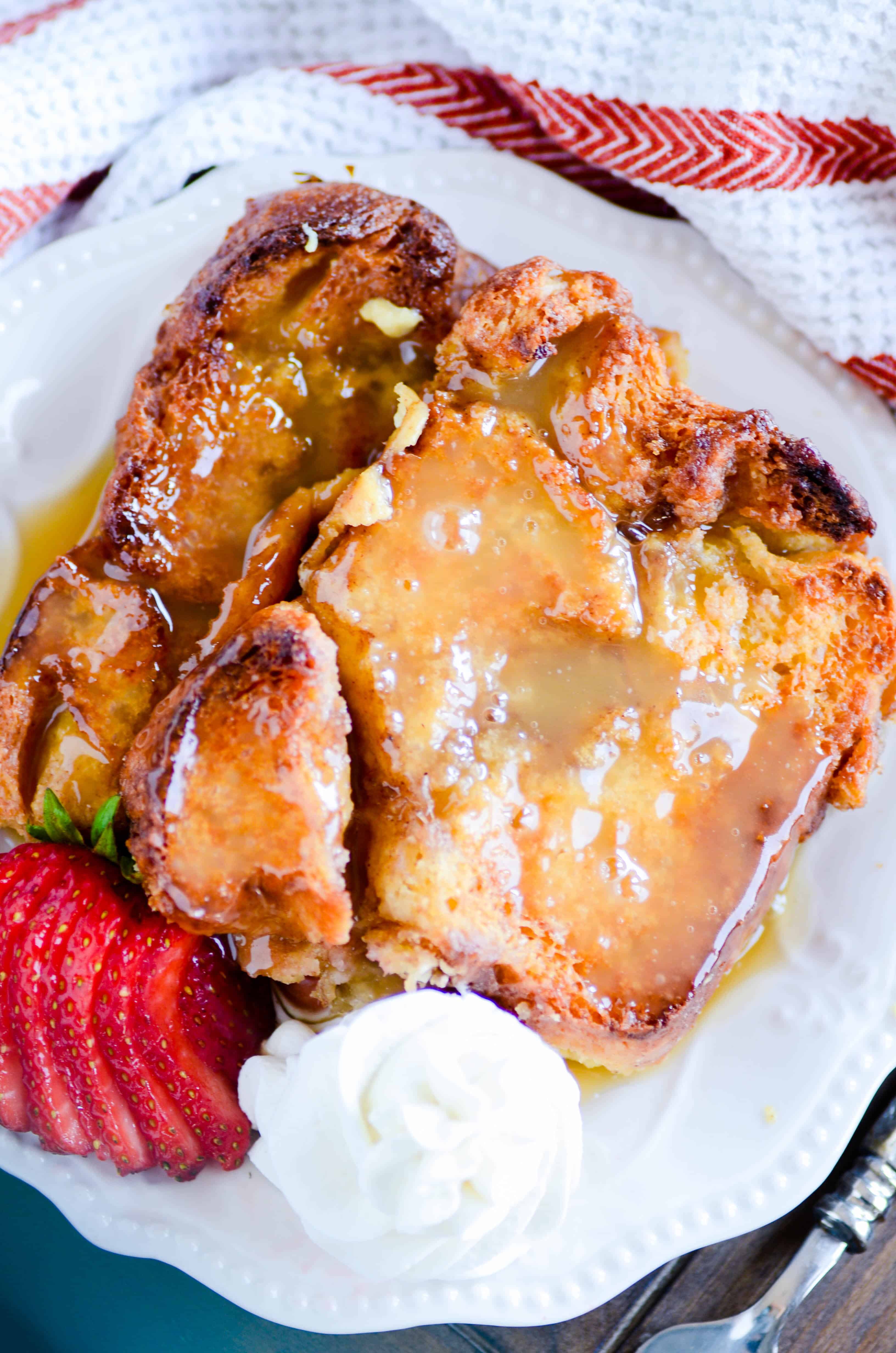 If you've never had Kneader's Bottomless French Toast, then you haven't lived! It's only the all-time best breakfast food to ever grace the planet. And I'm not exaggerating.

Basically, what you're looking at here is the thickest EVER French toast. And it's not made out of regular slices of “thick” bread. Oh no. This French toast is made out of big, thick, fresh slices of monkey bread.

You know what I'm talking about right? If you've never had monkey bread, check out my Cinnabon Monkey Bread and then get right back here. Because if you think monkey bread is good, BUCKLE UP– this Monkey Bread French Toast is going to blow. your. mind. 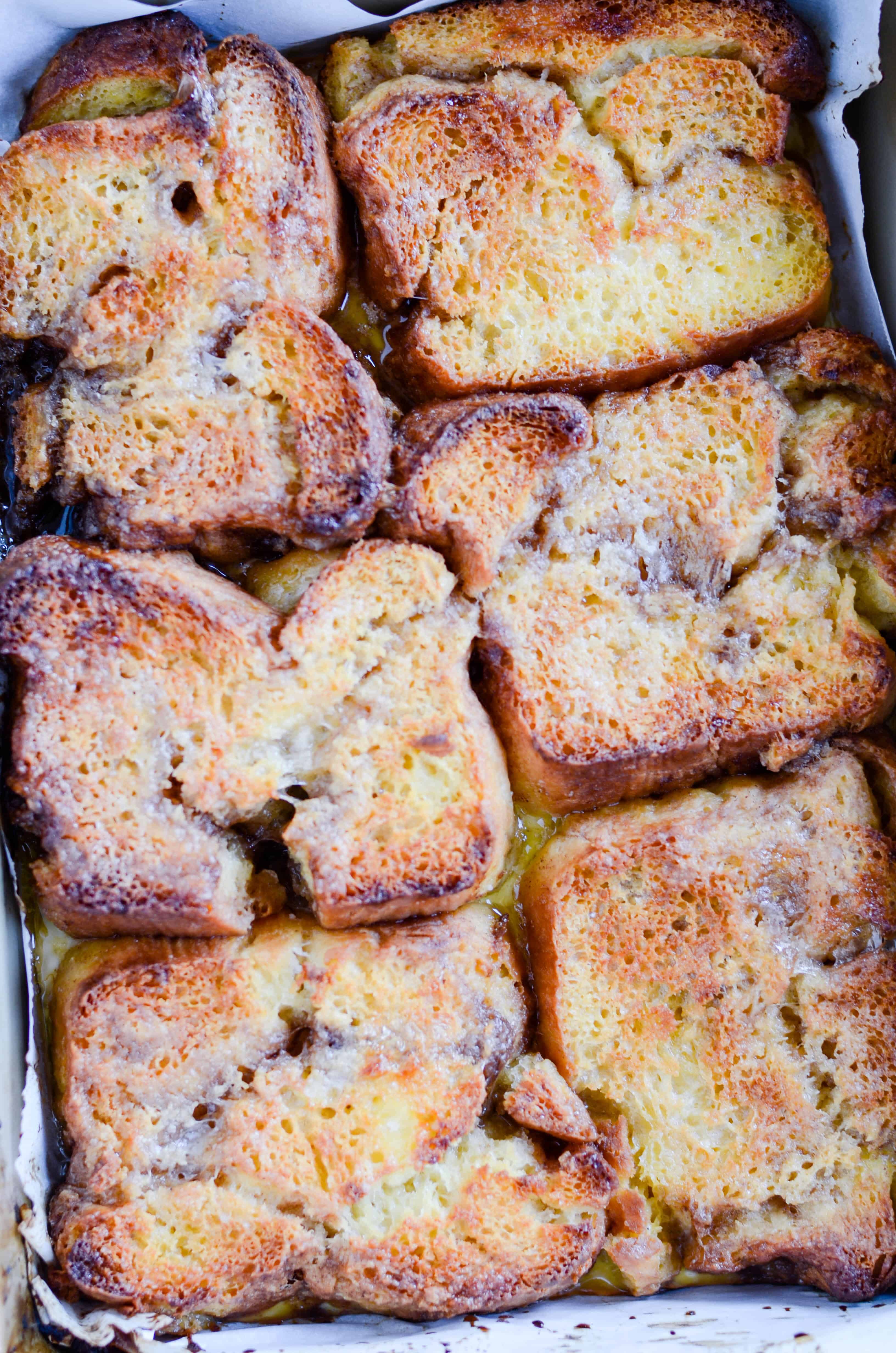 With French toast this thick, you can't simply dunk it in a milk-egg mixture and plop it on a frying pan. You'd end up with an egg-y, undercooked mess! Instead, we're going to simply pour the milk-egg mixture over the bread and let it soak overnight before baking it.

Essentially what I'm saying is: not only does this French toast taste better than any other French toast you've ever had in your life– it's actually EASIER to make too!

I adore overnight French toast. It's easy, it's classy for a crowd, and it always melts right in your mouth (this Overnight Blueberry French Toast OMG). 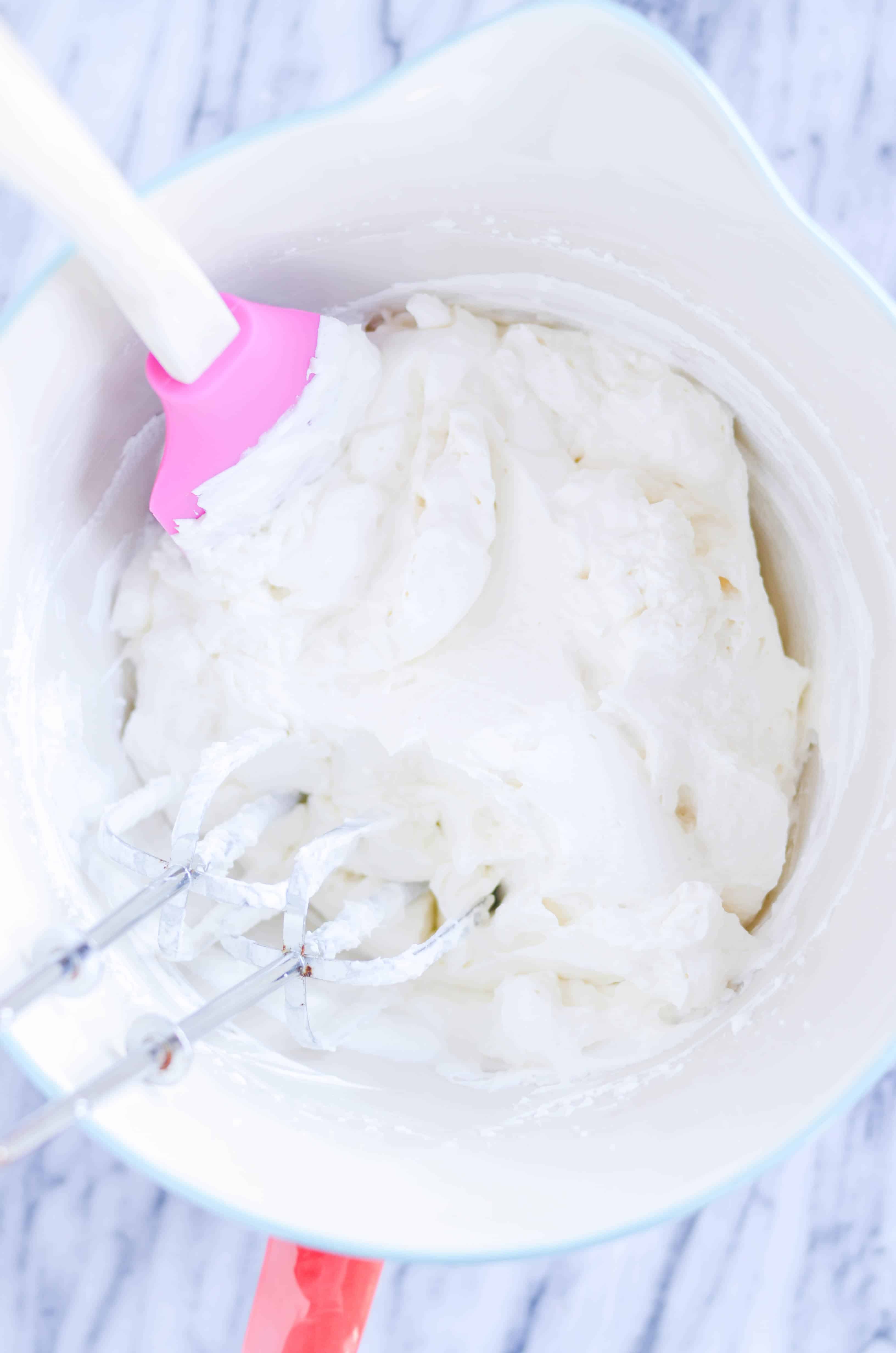 If you've had the privilege of eating Kneader's French Toast, then you know it absolutely must be served with homemade whipped cream, a sliced strawberry, and their signature caramel syrup.

Promise me you won't make this French toast only to top it with maple syrup and canned whip cream. Promise me!! If you're going to the effort of making the monkey bread from scratch (which we are), waiting overnight for the bread to soak (which we are), then you have to, have to, have to get the full experience and eat it with the whipped cream, the strawberry, and the caramel syrup. 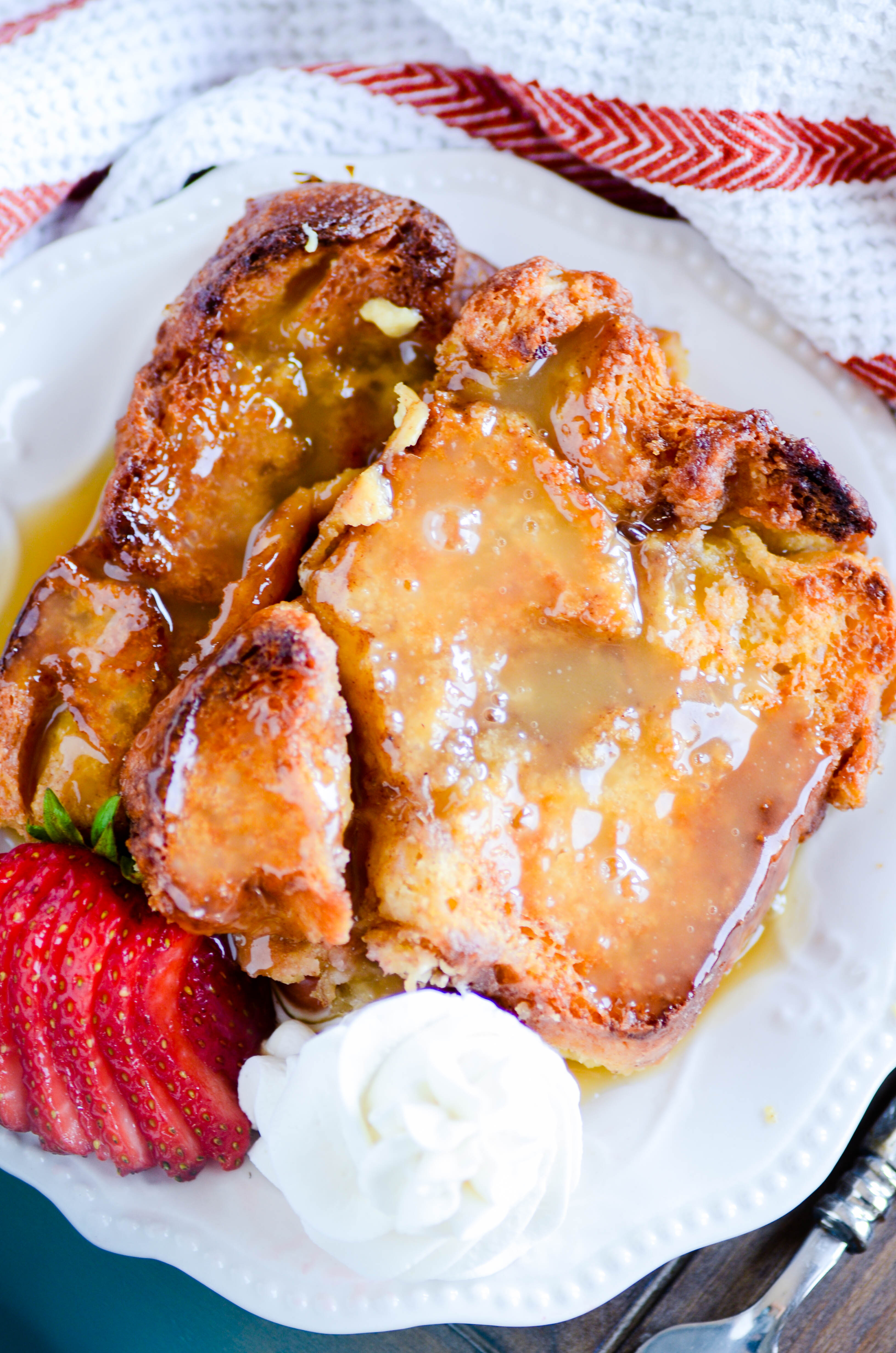 I hope you love this gem of a recipe as much as we have. And if you're ever out in Utah, be sure to drop by a Kneader's Bakery for brunch!

For the Bread Dough:

For the Monkey Bread Coating:

For the French Toast: