This recipe for the Easiest Ever Red Velvet French Macarons is absolutely foolproof. I tested them using all the classic blunders, and they still turned out just fine! 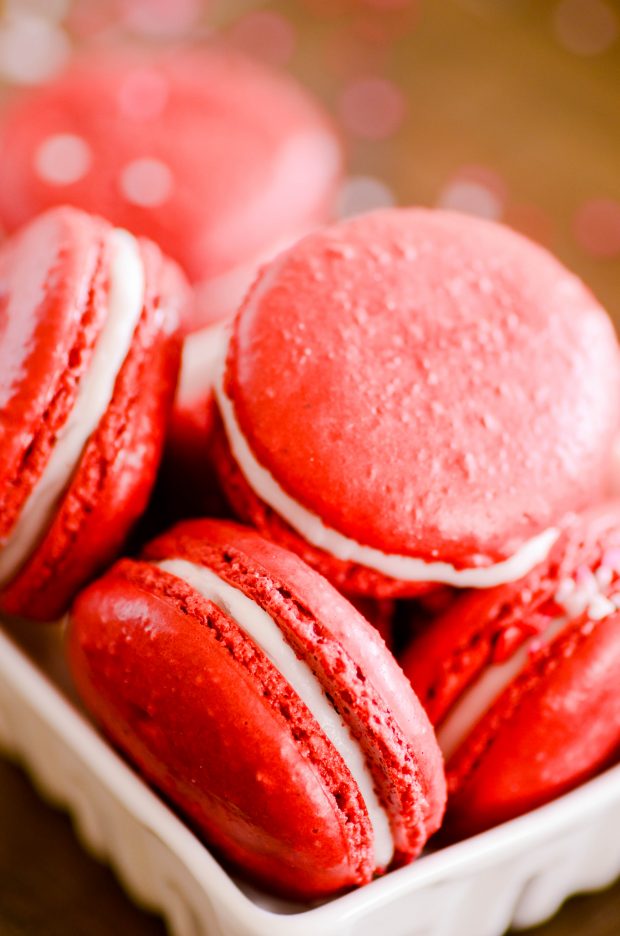 If you are a macaron purist, abort! This is NOT your traditional recipe for French macarons.

This is the easy way to make macarons for real life people who can’t be bothered to take more than 10 minutes to make cookies. Trust me, y’all, I get it!

I love French macarons, and I’ve gone through the painstaking process of making them several times before now. They’re not impossible for a baking novice, but they can be a little bit of a headache if you don’t know what you’re doing. So when I found myself wanting to make a batch of red velvet macarons the other day, I wondered if there was any way I could make the process easier.

Was it possible to make a batch of acceptable macarons without all the sifting the dry ingredients 52 times or whipping the eggs whites to impeccably stiff peaks or using a piping bag to make perfect little circles?? 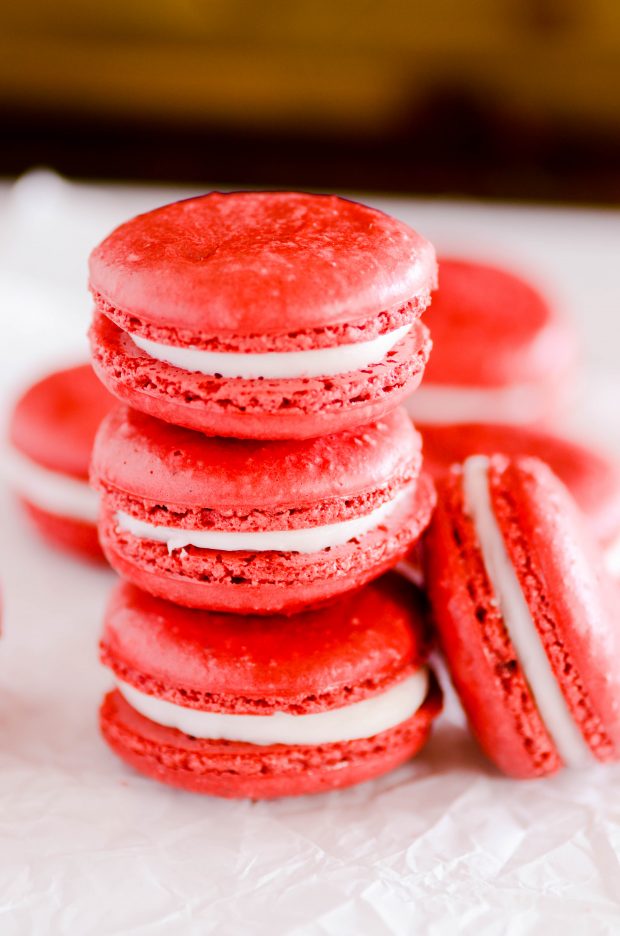 As it turns out, the answer is YES.

I was on a mission to be as rough with this batter as I possibly could, and guess what? It totally survived. I still ended up with perfectly crackly, airy, chewy macarons with shiny exteriors and dainty little feet. And it was easy.

Here’s where I’m making the big changes in comparison to a typical macaron recipe:

???????? I didn’t sift the flours. Not even once. I was tempted, but like I said, I wanted to see how rough I could be with the batter and still come out with something passable. These macarons aren’t as immaculately smooth as they would be if you sifted the flours 2-3 times, like you would in a typical recipe. But look at them– they’re just fine.

And I saved myself the headache of sifting. I hate sifting (it’s messy and time consuming and stupid). So slightly bumpy cookies are a VERY acceptable sacrifice in my book.

???????? I whipped the egg whites to just medium peaks. They were definitely thick, don’t get me wrong. But I didn’t stress out about getting that ideal, picturesque peak that hangs off the beater just so. 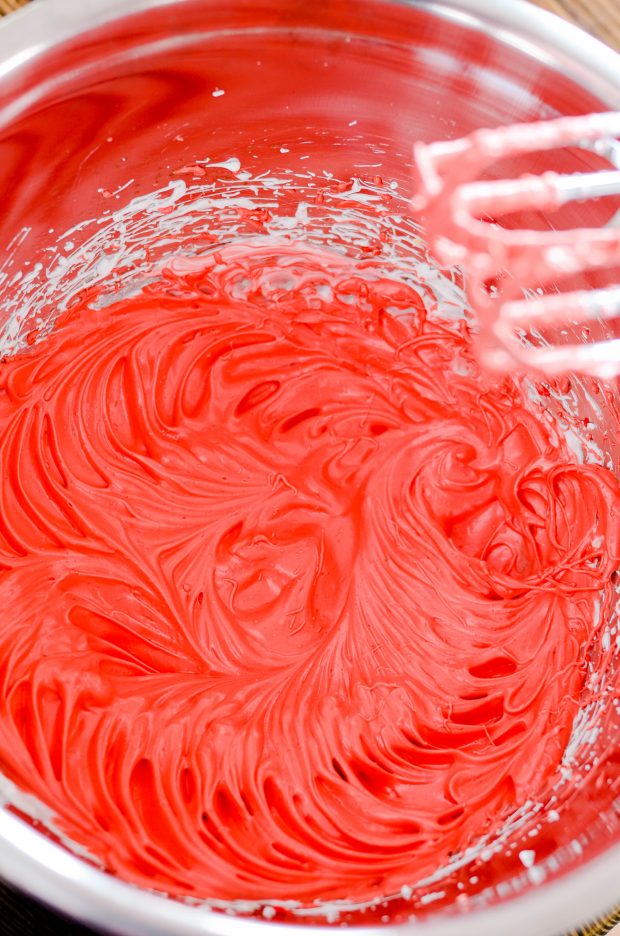 ???????? I wasn’t overly cautious about over-mixing the batter or being particularly gentle with it. Now, I don’t mean go slinging it around or whip it up in your KitchenAid. You still want to do this with a spatula by hand. But you don’t need to stress out over it. Know what I’m sayin’? 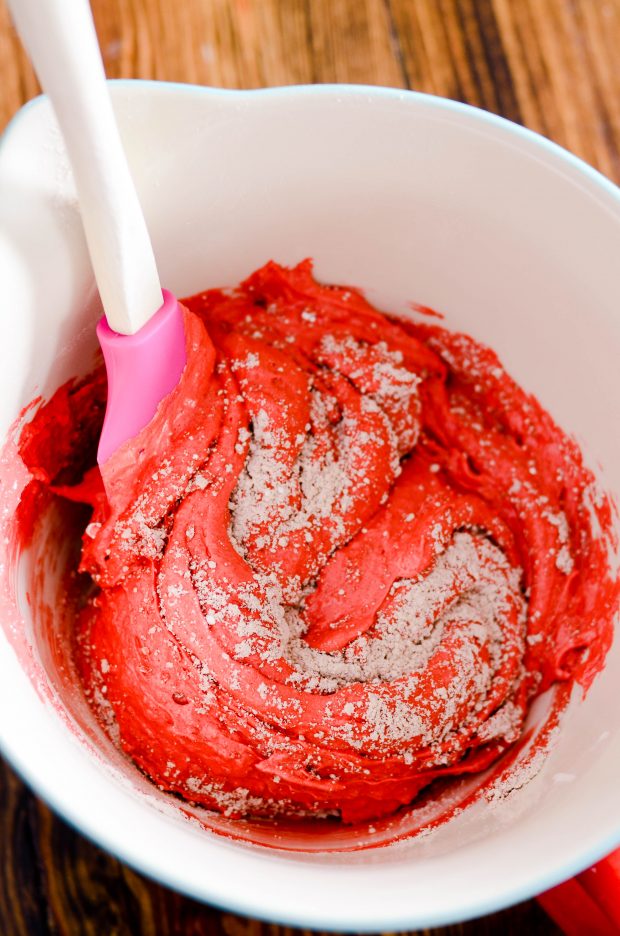 ???????? Lastly– and this was my favorite lazy adaptation–  I didn’t pipe the macarons. NOPE. I used a small easy-release cookie scoop (it holds about a tablespoon) and just plopped the batter onto my Silpat. And the world didn’t stop turning! 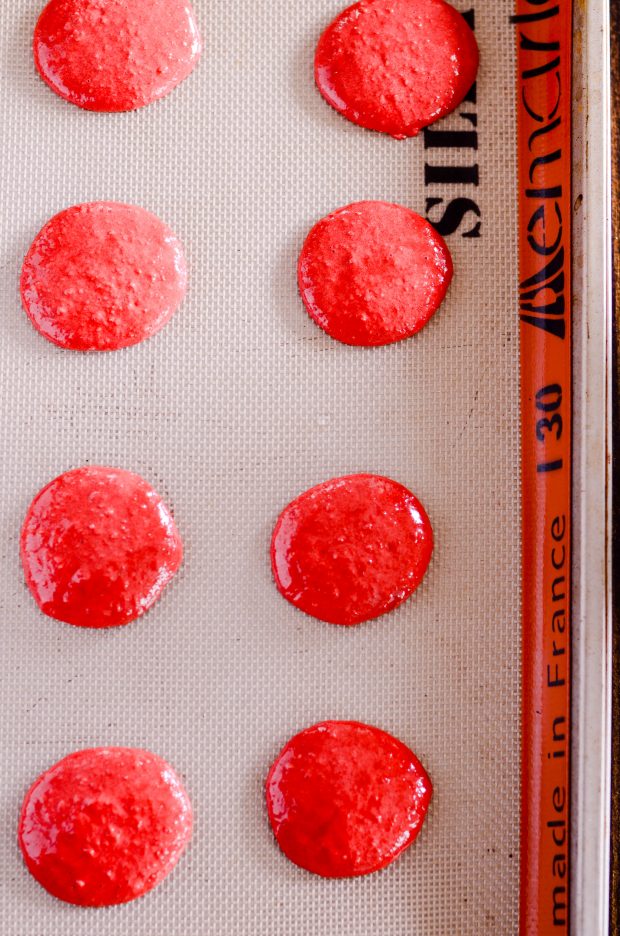 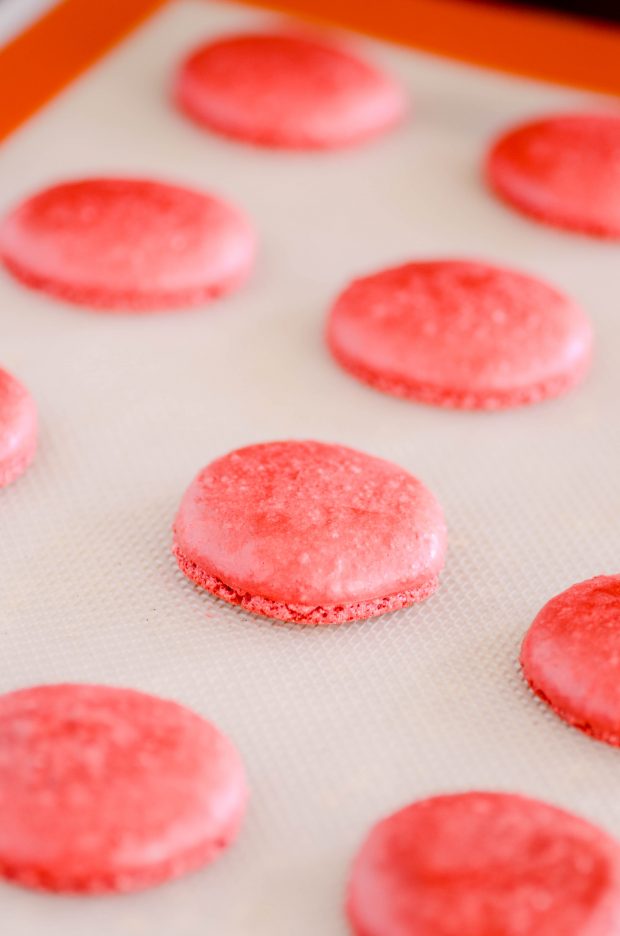 If you’ve EVER thought about making French macarons and then chickened out… you’re not alone. But now you don’t have anything to be afraid of!! This recipe is almost easier than making chocolate chip cookies. If you can whip egg whites to a quasi-decent state of thickness, you’ll do just fine with these. 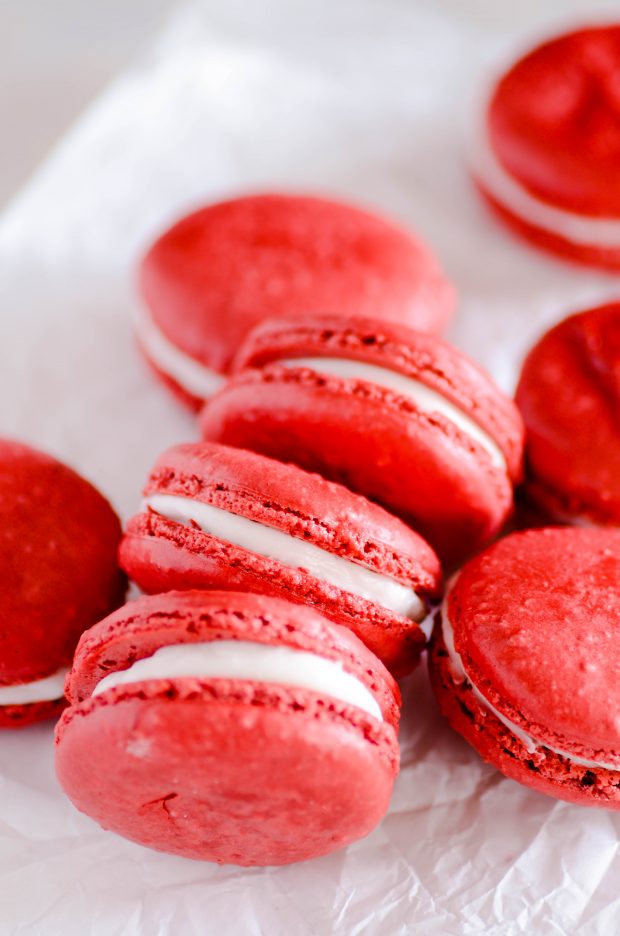 When it comes to the filling, the sky is the limit! I almost filled mine with Nutella (????), but I thought white would be more visually appealing so I went with cream cheese frosting. And I just used my go-to Pillsbury frosting for these, since I knew I was just making them for my family. But if I were giving these to someone, I’d probably use my favorite homemade cream cheese frosting or chocolate ganache on the inside. And maybe even dip them in chocolate with sprinkles!

I hope you enjoy making these stress-free macarons as much as we loved eating them!!

Whisk together the almond flour, powdered sugar, and cocoa powder in a mixing bowl. Break apart any lumps with the whisk as best as you can.

In two additions, fold the dry ingredients into the egg whites until batter forms.

Gently scoop out a tablespoon at a time onto a baking sheet LINED WITH A SILICONE BAKING MAT. Tap the baking sheet on the counter gently to release any air bubbles. Allow to rest for 15-20 minutes, until a film has formed over the batter (you should be able to gently touch them without batter coming off on your finger).

Meanwhile preheat the oven to 300ºF.

Bake macarons for 18-20 minutes (they should not look wet on top). Let cool completely before using a spatula to transfer them to a wire rack.

Spread your favorite filling in between two of the cookies and enjoy!