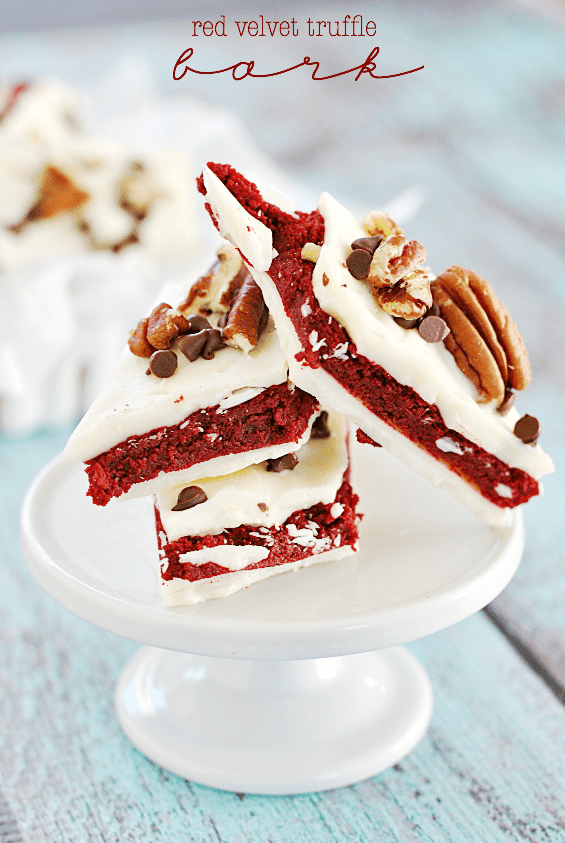 Have you ever had a cake ball? Or a cake pop? Or you at least know what I’m talking about?

If your answer is no, I’m afraid I can’t even dignify that with a response. I’m just going to send you straight over to Bakerella. She’ll explain it to you, and then you can come back over here when you’re good and educated on the cake-y concept that basically revolutionized dessert.

Kidding, kidding. I don’t really want you to leave 🙂

So, basically, we’re talking about baked cake all smushed up with canned frosting, rolled into balls, and dipped in chocolate. Very truffle-esque. Obviously, it’s delicious. 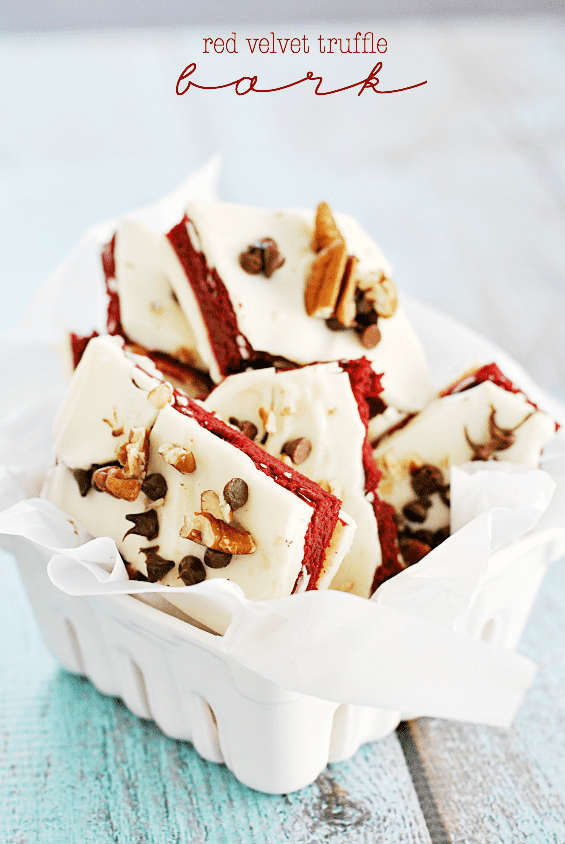 This bark is just an easier version of cake balls. I don’t know what it is, but the dipping part of cake balls is sort of a struggle for me. So if I can just smear down some chocolate, spread the cake ball filling over it, and then pour more chocolate on top instead– I’m good with that!

I strongly suggest using a knife to cut the bark instead of trying to break it with your hands. Use firm and even pressure when cutting to avoid splitting the layers apart.

Check out these other great recipes: