These red velvet scones require just a few simple ingredients. They are so moist and topped with a delicious vanilla glaze! 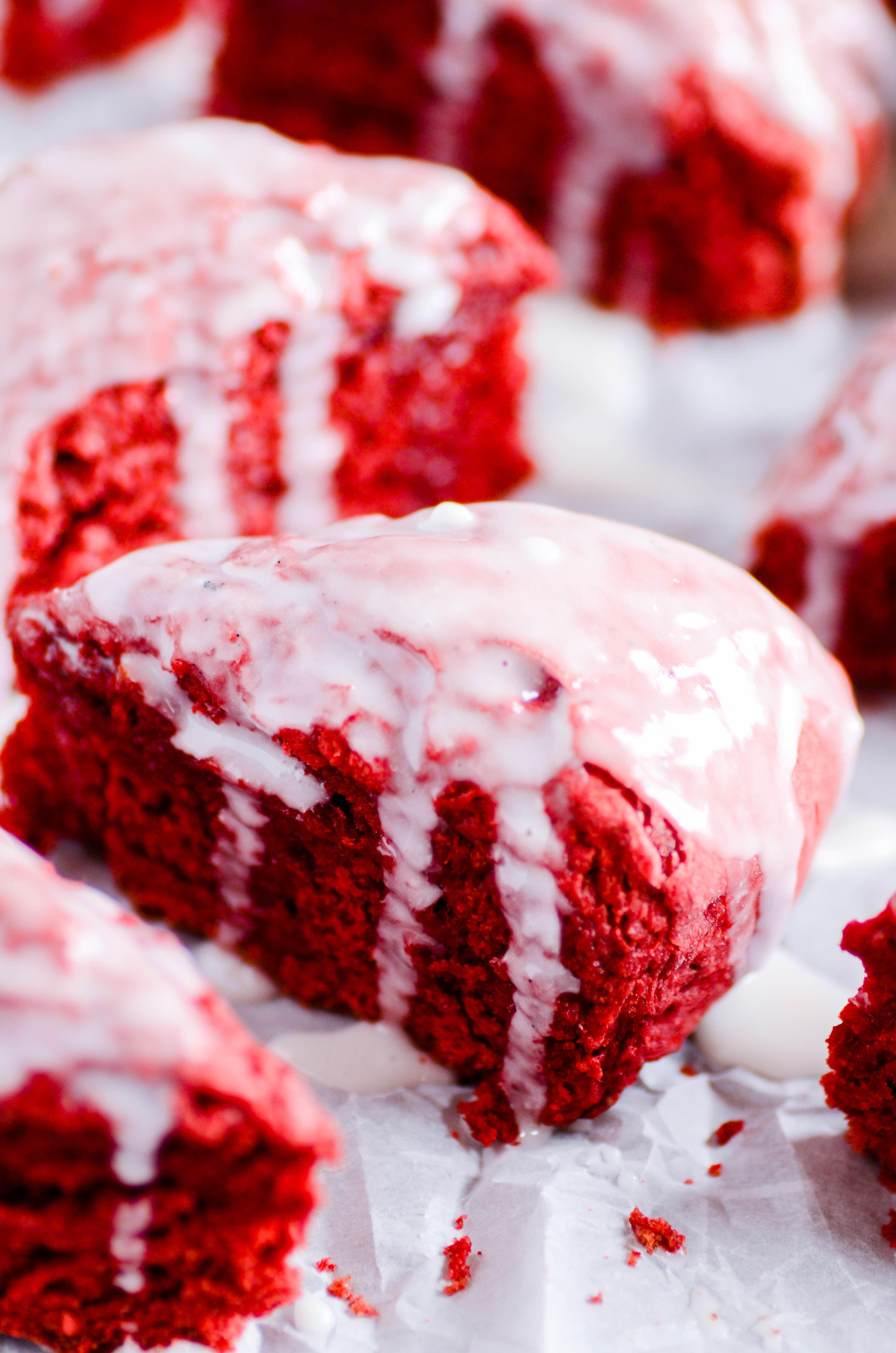 A few things to note about this recipe: 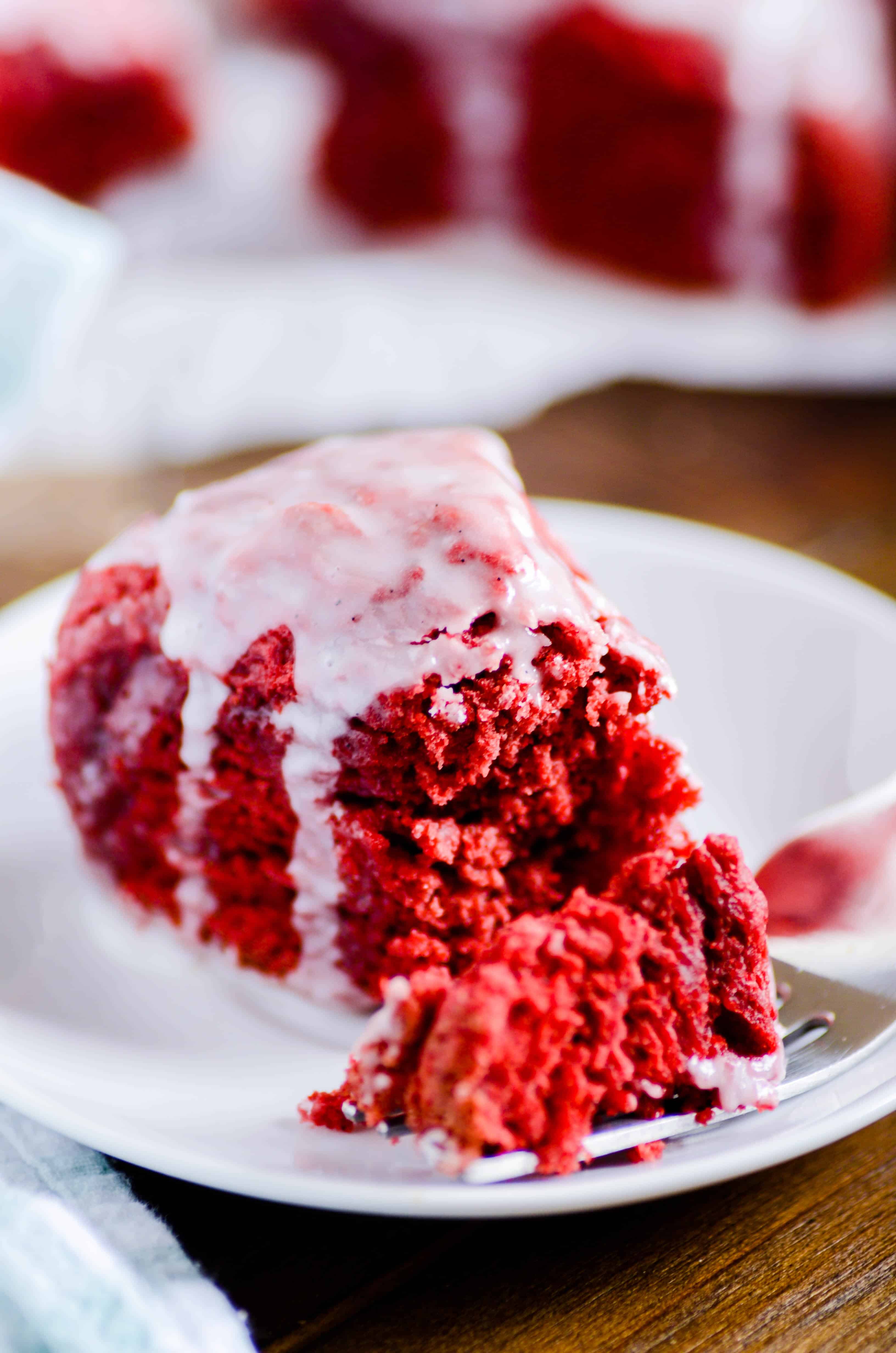 What's my favorite thing about this recipe?

I love that these scones are so moist! Usually scones are dry and hard, but not these. I also love the idea of making these for a Valentine's day breakfast, since that's usually our most “festive” Valentine's day meal. I think I'll add heart sprinkles for my kids!

Whisk together the powdered sugar, milk, and vanilla. Spoon glaze over the cooled scones before serving. 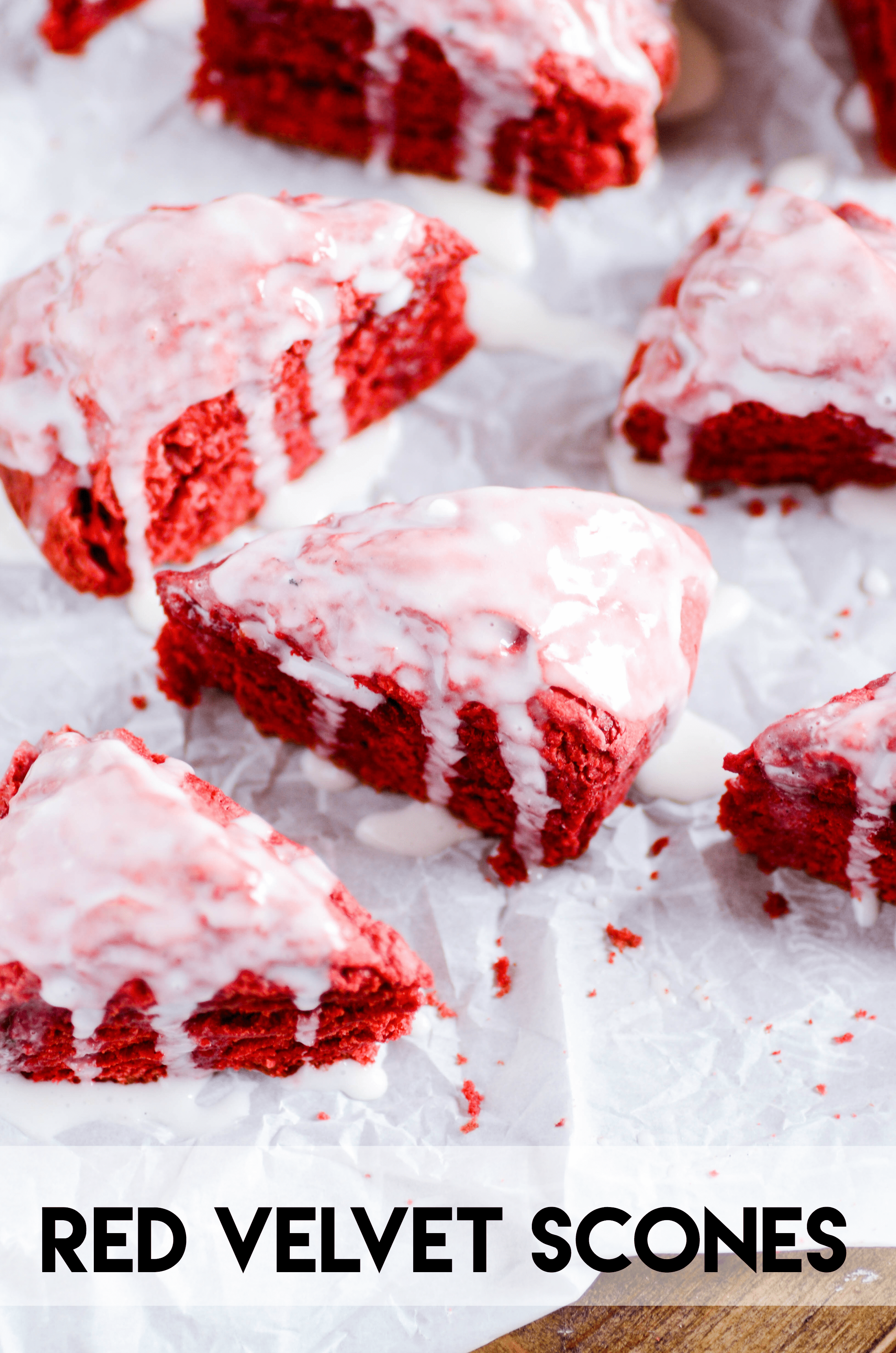