Cinnamon and White Chocolate are a dynamite duo. Add Pretzels to the mix? Then you'll see some magic really start to happen! These White Chocolate Pretzel Snickerdoodles will become a cookie jar staple! 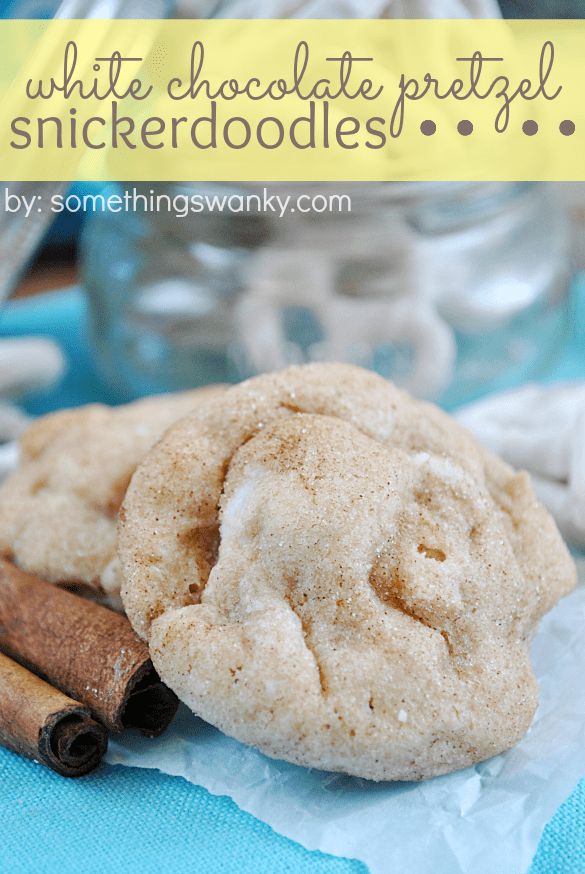 I am a choc-o-late girl, through and through. But there's just something about the combination of cinnamon sugar and white chocolate that makes my heart sing! Although, it's my personal belief that cinnamon makes everything better, so that's not really an objective statement ;).

Seriously, though. I put it on everything. My favorite savory cinnamon food is tacos! I like to add it right into the meat and sauce (I usually make my taco meat a bit like sloppy joes). But there's a restaurant in Utah called The Red Iguana (they were featured on Food Network!), and I think they actually cook their tortillas with a little bit of cinnamon. It's ah-mazing. 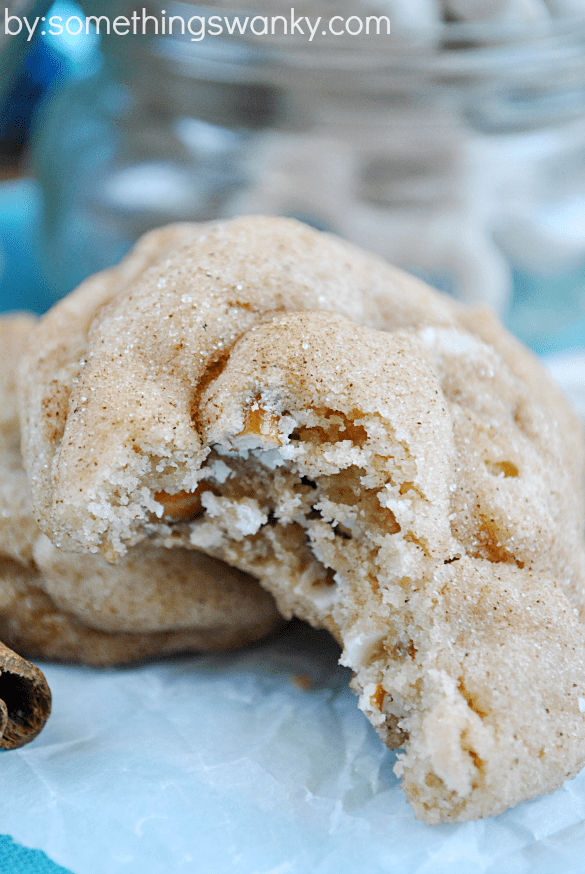 Cinnamon and White chocolate are magic. We already said that. But adding white chocolate covered pretzels to the mix takes these Snickerdoodles to an entirely new realm of delicious! These got a big TWO THUMBS UP from my husband who's sugar taste-buds hardly register anything anymore after so much taste testing. But he loved these, and that's saying something!

Be sure to grab a bag of White Chocolate Pretzels next time you're at the store! You won't regret it 🙂 Your waistline? That's a different story…

*If you don't have a stand mixer, you should use softened butter. Which means you should chill your dough for about 30 minutes before baking.