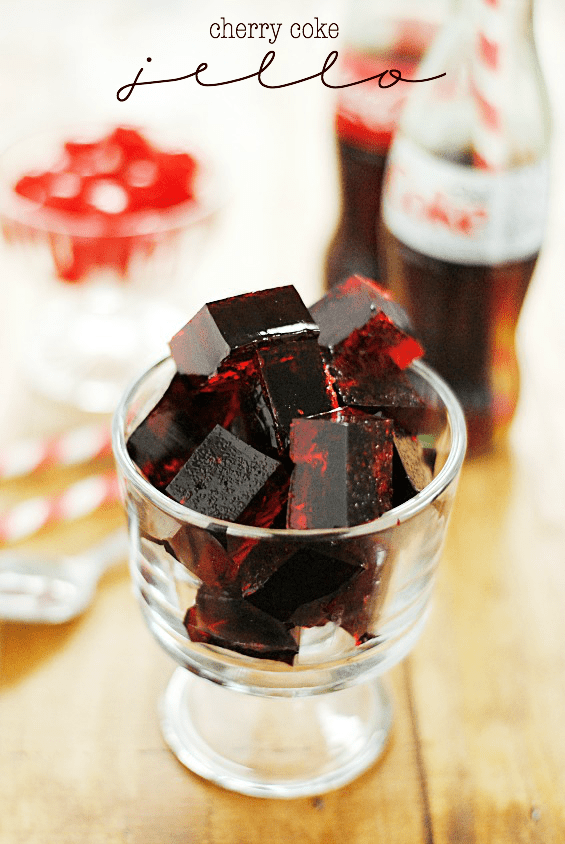 ohmygoshyouguys. I have been SO excited to share this recipe with you guys for weeeeeeeeks!!!!!

And Jell-O is pretty awesome too, right? Especially in the summertime.

Well, as it tuns out, you can substitute Coke or Cherry Coke (or Pepsi, if you swing that way) for the water in the standard Jell-O recipe, annnnnnnd….. VOILA! 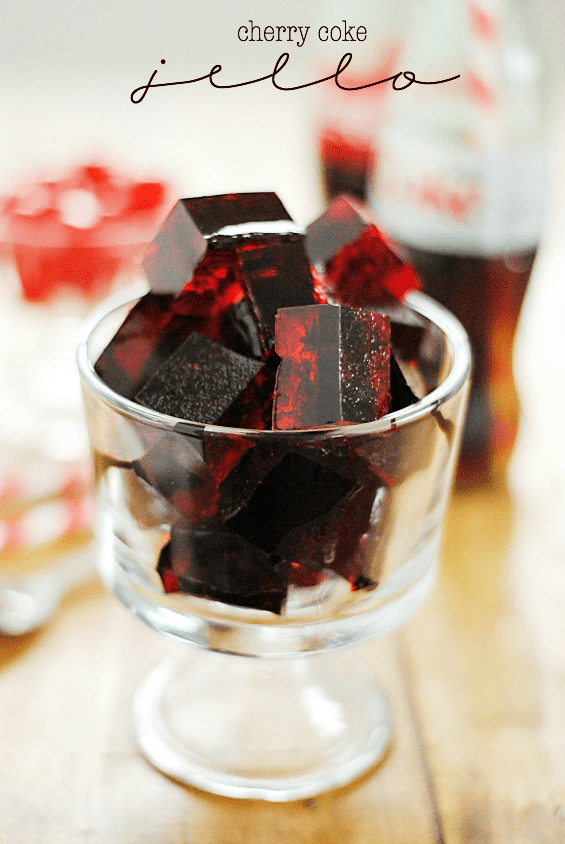 I actually followed the recipe for Jell-O “jigglers” on the box instead of just the plain old Jell-O, because I thought these little cubes would look awesome for photos. But you could follow either set of instructions on the box using the Cola substitution, and it would turn out tasting great!

Now…. just think of the possibilities! Or don't, and I can point them out for you: 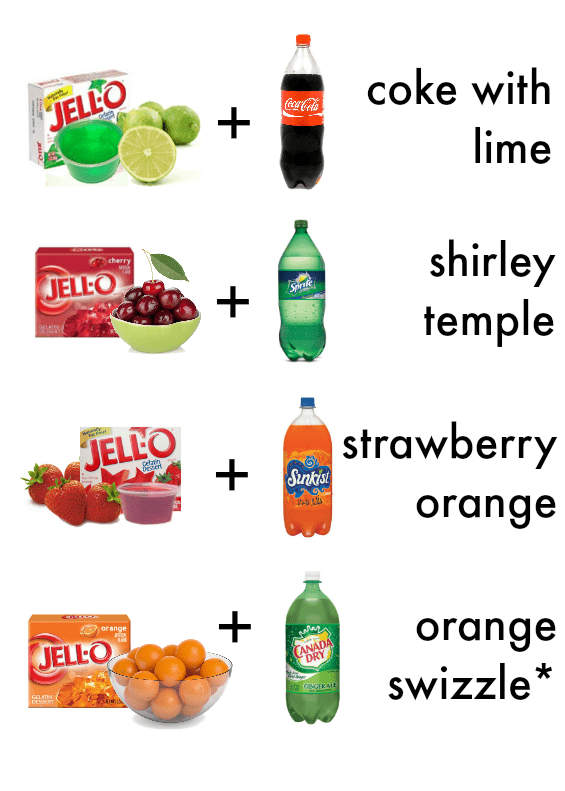 See? So much fun! And you can easily sub in diet soda and sugar free Jell-O for a low sugar, low cal treat! Just follow the instructions on the Jell-O box (but not the quick-set recipe calling for ice cubes), subbing the exact amount of soda for water, and you'll be just fine.

I've made this a few times in different variations, and we LOVE it (speaking of which, check out these Sparkling Cider Jell-O shots, so festive)! This particular version is SO SIMPLE because it's literally just subbing the soda for the water in the recipe. Nothing else! So be creative, and mix things up a bit. This recipe is a ton of fun!

(PS- the recipe I'm including in this post is for JIGGLERS. Feel free to use the other “normal” recipe on the box if you'd rather; it's a tiny bit less work). 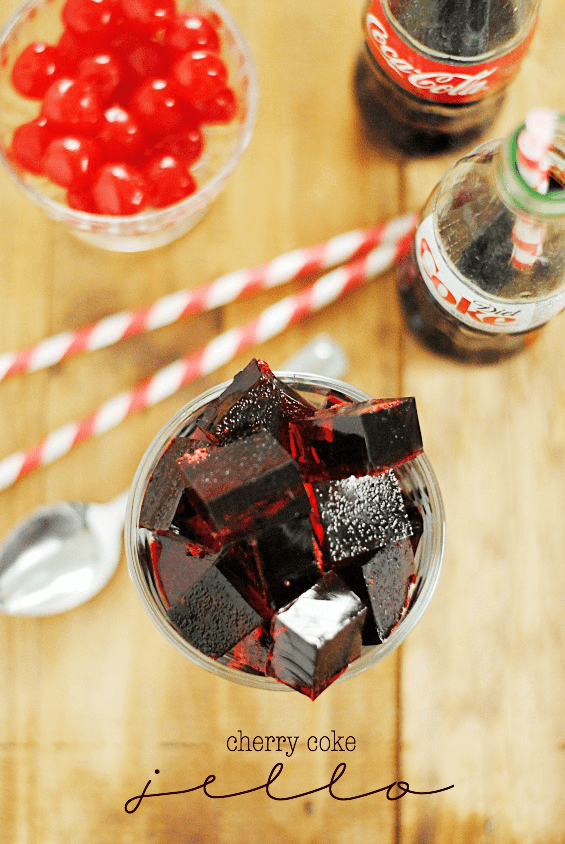