Warm and sweet snickerdoodle pie with an extra helping of cream cheese glaze on the top! 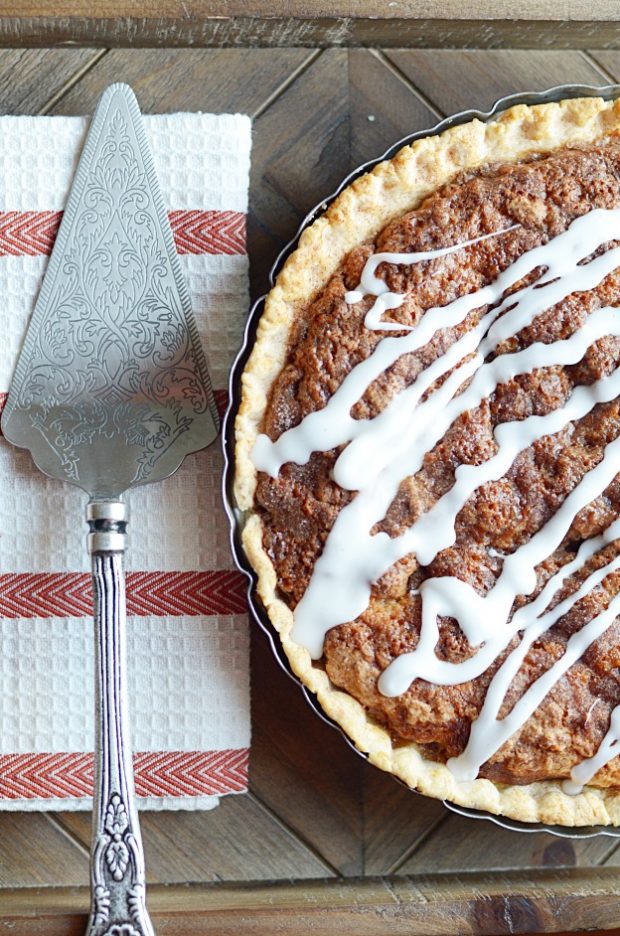 Happy Wednesday! Are you surviving the week ok? Or have you already given up and flopped down in front of Netflix? I'm somewhere in the middle of that, I think. We're having a MUCH better week than last week (long story, car problems, blah, blah, blah). But I also plan to skip my workout and eat a pint of ice cream in front of Gilmore Girls after the kids are in bed tonight. 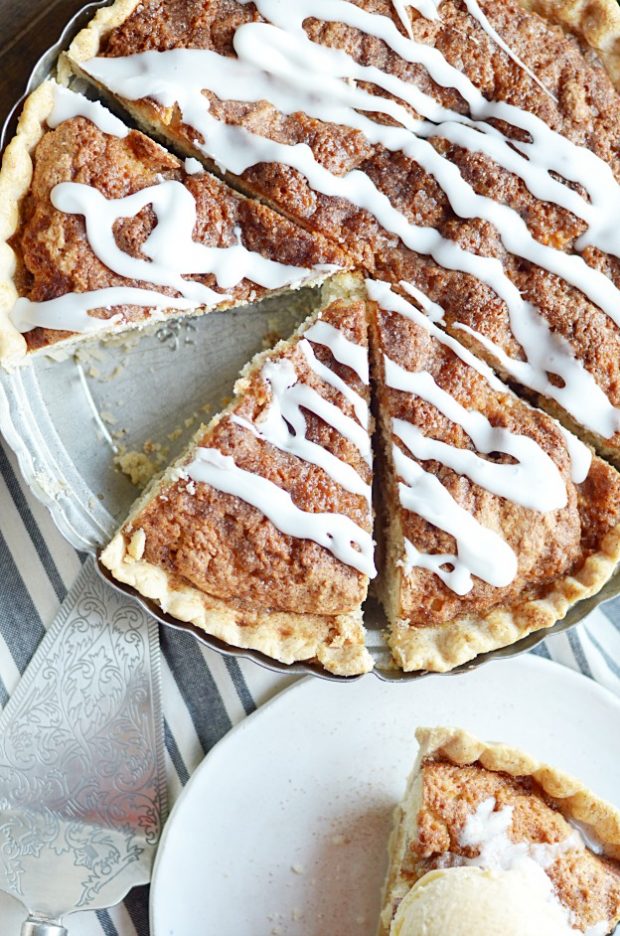 Today I'm sharing a recipe that was originally slated for Thanksgiving time.

I KNOW. Running a bit behind over here.

But I couldn't NOT share it!! And I couldn't wait all the way until Thanksgiving comes around again, so here we are. But I don't think you're going to mind. Not when I'm sharing with you the recipe for honest-to-goodness one of the BEST pies I've ever made. 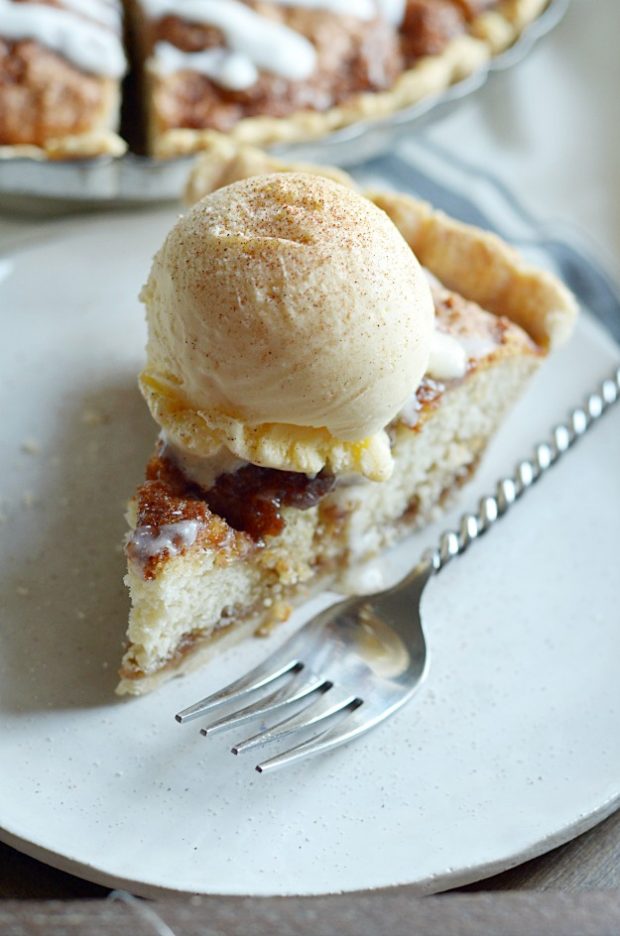 But today we're taking things to a whole new level. Say it with me…

Are other words even needed?? It's soft and sweet. The crust is buttery and perfect. And that cream cheese glaze just puts it all over the top!!! One bite in and I think you'll have to agree– this is the BEST pie you've ever eaten. I promise!

For the Cream Cheese Glaze: 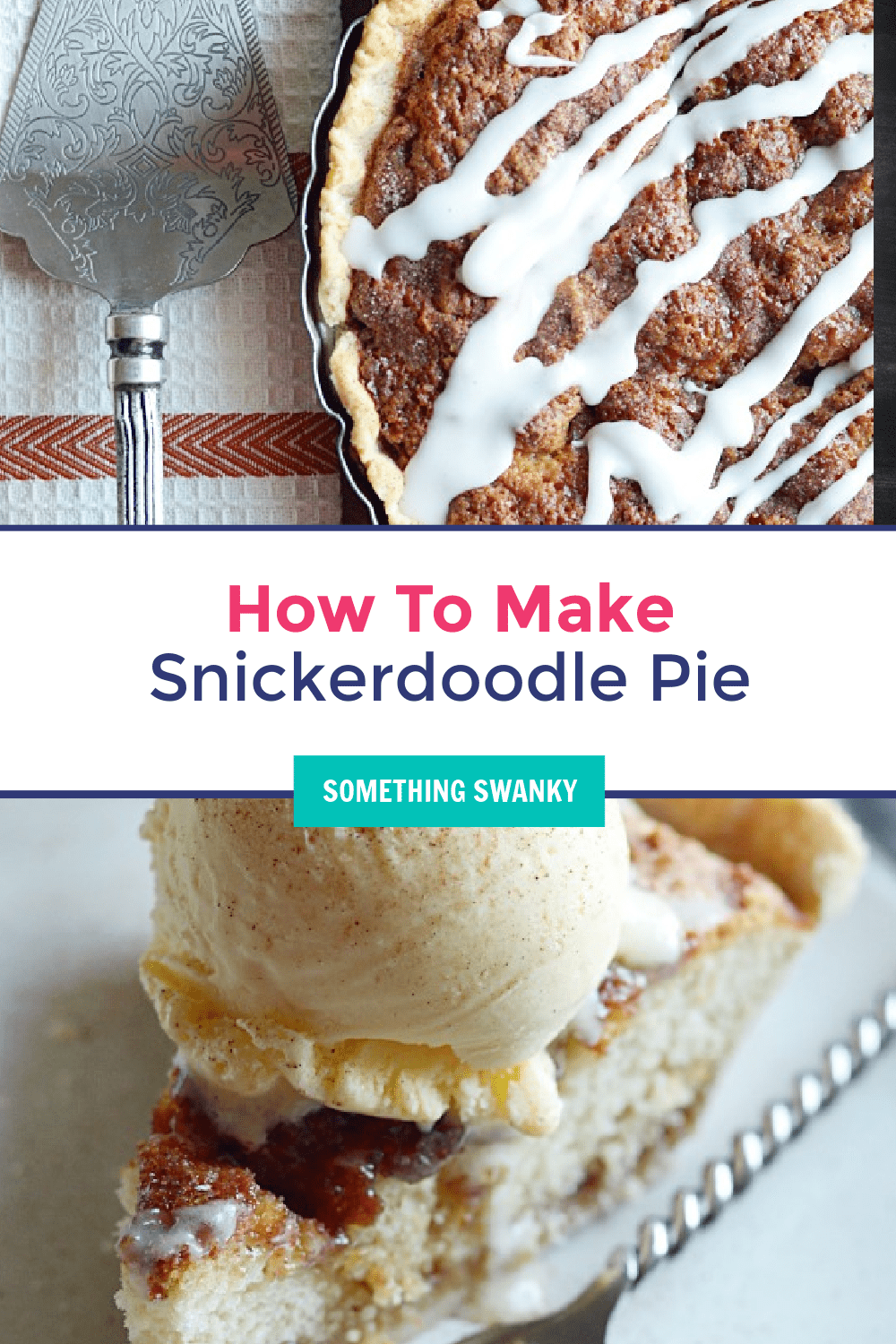