Cherry Cheesecake fluff is and easy and delicious side dish that is perfect for summer BBQ and potlucks. So light and fluffy, you won't be able to resist! 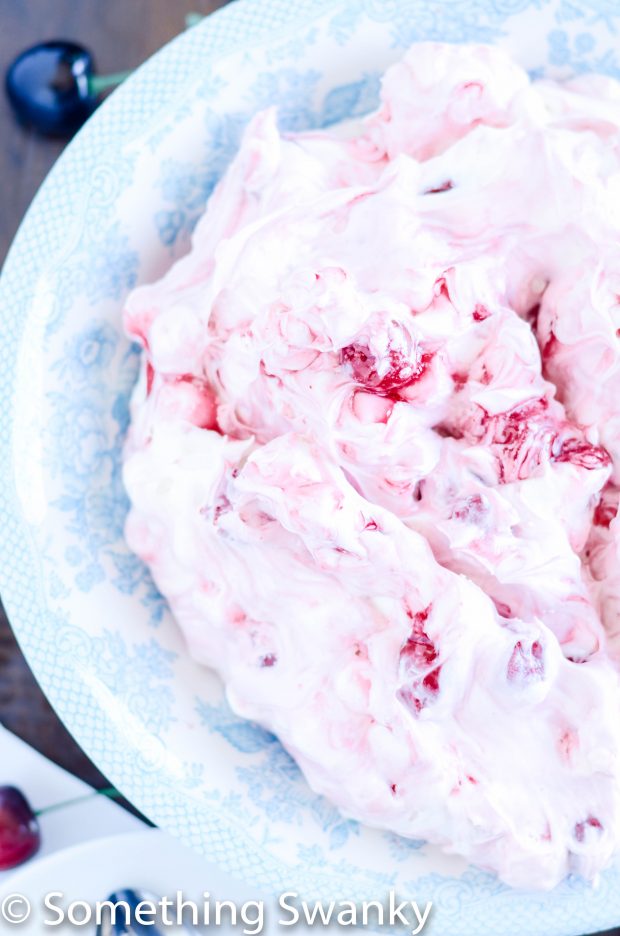 We're digging into the archives today, going all the way back to 2013 with this Cherry Cheesecake Fluff Salad!

Those of you who visit often know that I've been working to update my old posts. For the most part, this is about the photography, cleaning up some of the graphics, and re-writing unclear instructions. But occasionally I come across a recipe that needs a complete overhaul from start to finish.

Like this one. For some reason, it's been wildly popular on Pinterest over the years (original recipe is still at the bottom of the post). But in all honesty, it was a poor recipe. I threw it together in a hurry for a client, and I'm embarrassed to say, didn't really give it my best effort. Maybe we were moving for the zillionth time. Maybe Emma was cutting teeth and keeping us up all night. Who knows?

But the bottom line is that it didn't get my best effort and the recipe was seriously lacking. 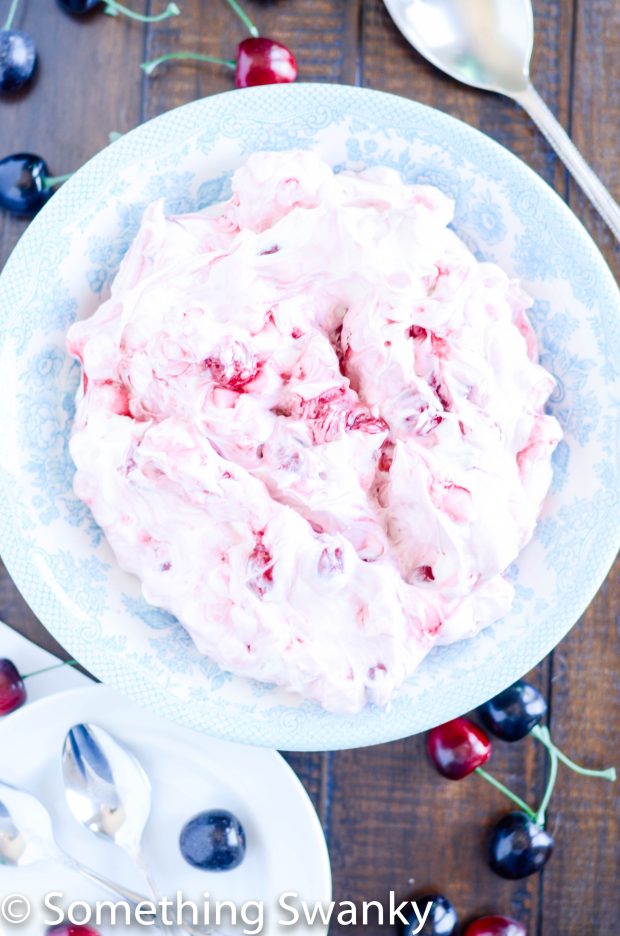 Given its high visibility on my site, I really wanted to do right by my readers and produce THE BEST Cherry Cheesecake Fluff Salad that is humanly possible to make. And by golly, I think I did it.

After fiddling around with my favorite cheesecake dip recipe, and piecing together a few other fluff recipes I found scattered across the internet, I am confident that this is the best darn cherry fluff salad you will ever dig your spoon into!

It is light and fluffy and has a spot on cherry cheesecake flavor. Plus, those cherry swirls and peeps of red are just so pretty ????. 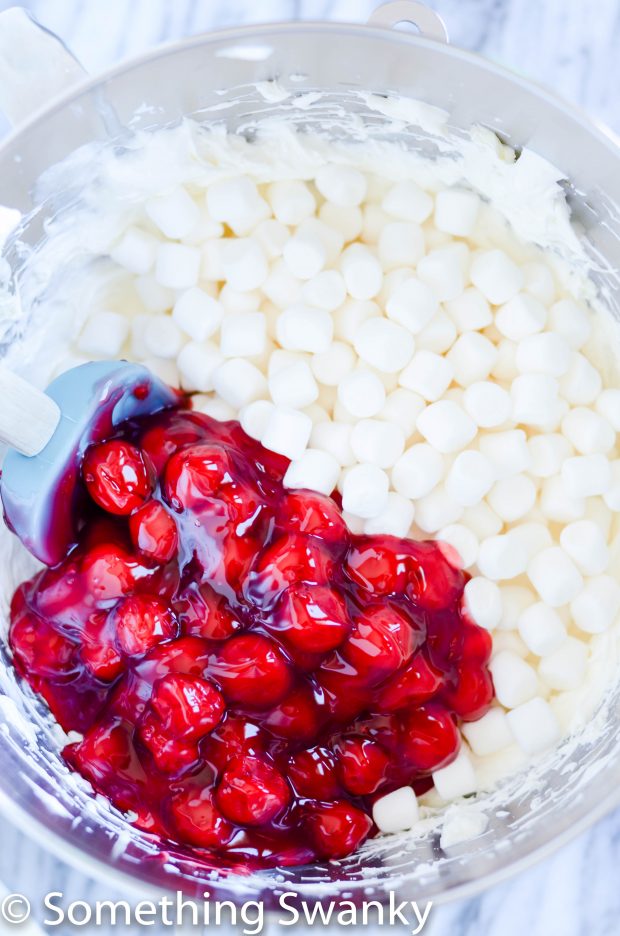 And soooooooooooooo easy to make. Let's take a quick walk through:

Cream cheese + sugar. Beat these guys up until smooth and creamy and all cheesecake-like.

Next: Cool Whip brings the fluff to the party. 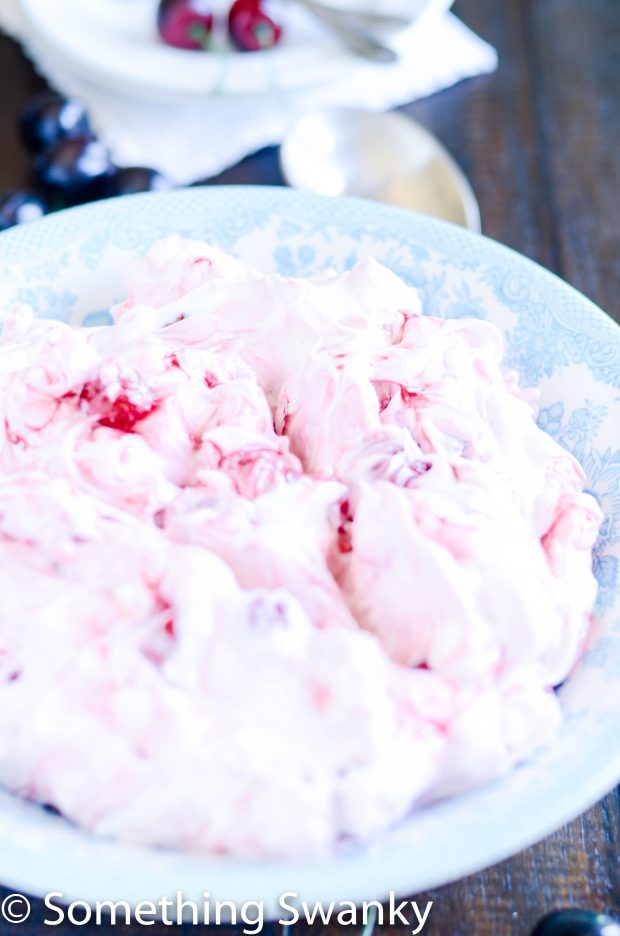 Give everything a quick toss (so that you still have some cherry swirls) and chill so that those marshmallows get nice and soft and fluffy.

And that's it! Easy breezy and a perfect addition to any summer get-together.

Beat together the cream cheese and sugar until smooth, scraping down the sides of the bowl as needed.

Mix in the Cool Whip.

Fold in the marshmallows and cherry pie filling. Chill until ready to serve.