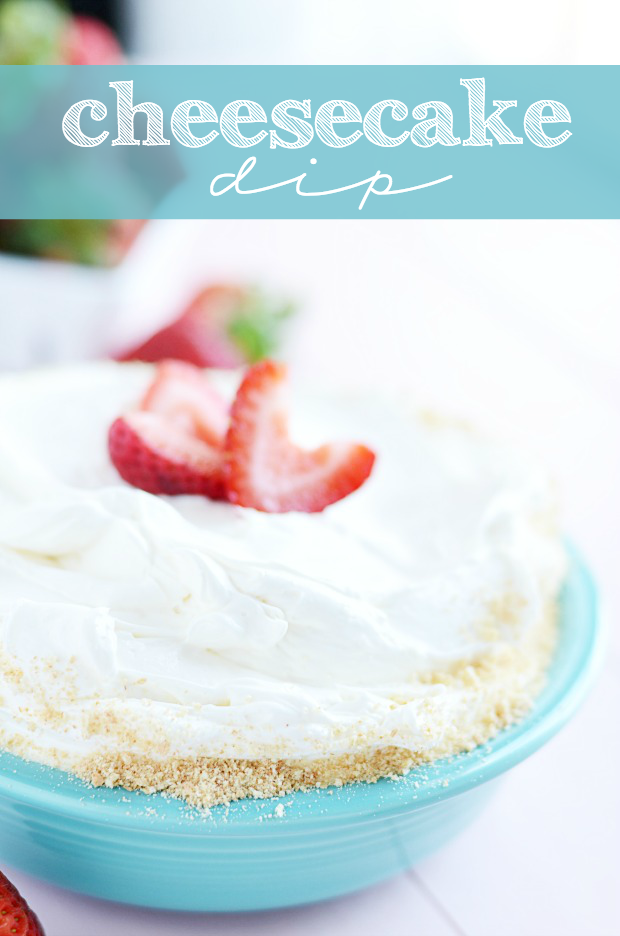 So, hopefully you know by now, that I'll never post a recipe that my family or I don't love. (With maybe a few exceptions in the Chocolate Chip Cookie Experiment…)

Well. This is a recipe that I looooooooooovvvvvveee. Like to the nth degree. It's completely amazing, and I could eat an entire bowl of this Cheesecake Dip and never look back. SO. GOOD. 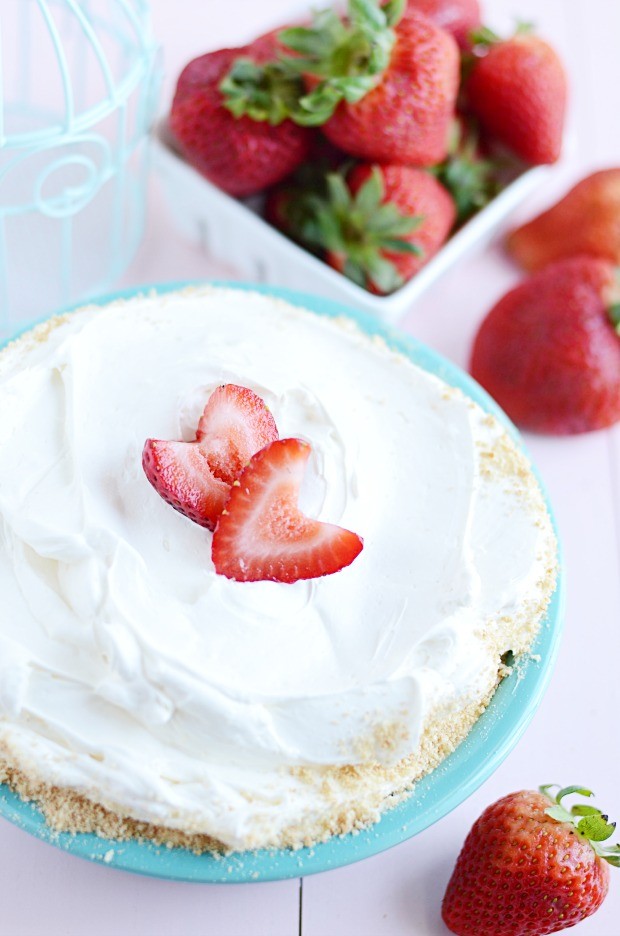 Essentially, it's a no-bake cheesecake recipe that I plopped down in a bowl, topped with graham cracker crumbs, and served up with strawberries. I figure strawberries were more acceptable than just using a spoon, but to be honest– they'll just slow you down. It's your call though 😉

I used my No-Bake Peanut Butter Cheesecake recipe as a base, with a few modifications (eliminating the peanut butter, of course– but that would be good too!). And back when I made that recipe for the first time, I discovered a key ingredient for making the BEST no-bake cheesecake… marshmallow fluff!

It gives the cheesecake filling (or in this case, the dip) a thicker, more cheesecake-like texture. I've had billions of runny no-bake cheesecakes that weren't worth their salt. But as far as I can tell, using that marshmallow fluff really takes care of the texture problem.

Another tip? Use REAL cream cheese. Not Neufchâtel. Although, that tip mostly applies when you're making an actual no-bake cheesecake. In this dip, it actually probably wouldn't matter too much, since you don't need the filling to stand on its own. But still, a good piece of knowledge to store away for another cheesecake-y day! 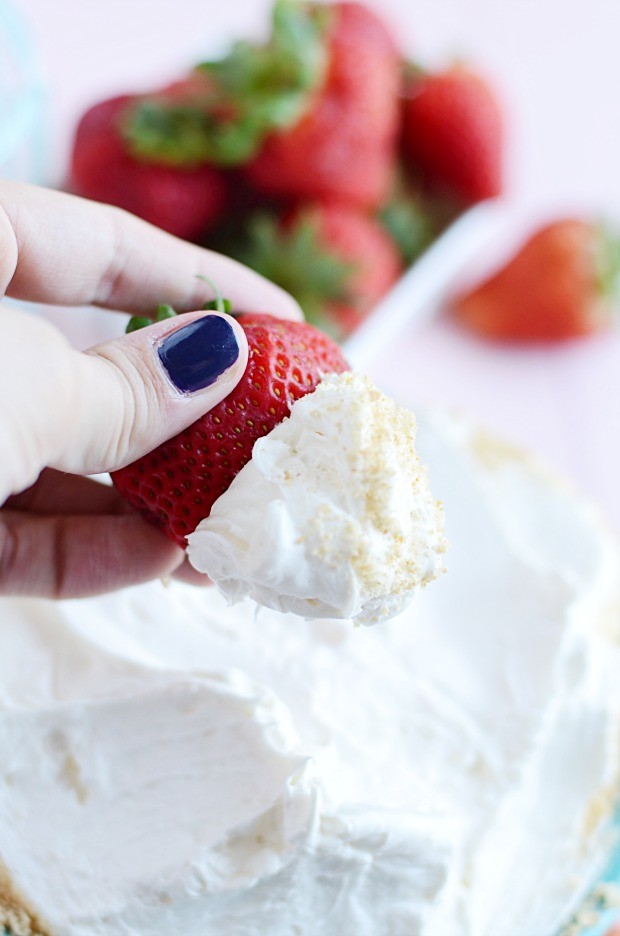 This dip is AWESOME for summer potlucks and BBQs, baby and bridal showers, and any other dessert-toting occasion you can come up with. And bring the recipe with you– people are going to be asking, I promise!

I hope you enjoy this as much as we did!

Using an electric mixer to beat together the cream cheese and sugar until smooth.

Vigorously mix in the marshmallow cream, vanilla, and lemon juice, and beat until smooth. Scrape down the sides of the bowl a couple of times until you're sure everything is mixed well.

Mix in the Cool Whip until fully incorporated, scraping the sides of the bowl as needed.

Store covered in the refrigerator for up to 4 days. Can be made ahead of time and chilled, but does not freeze well.