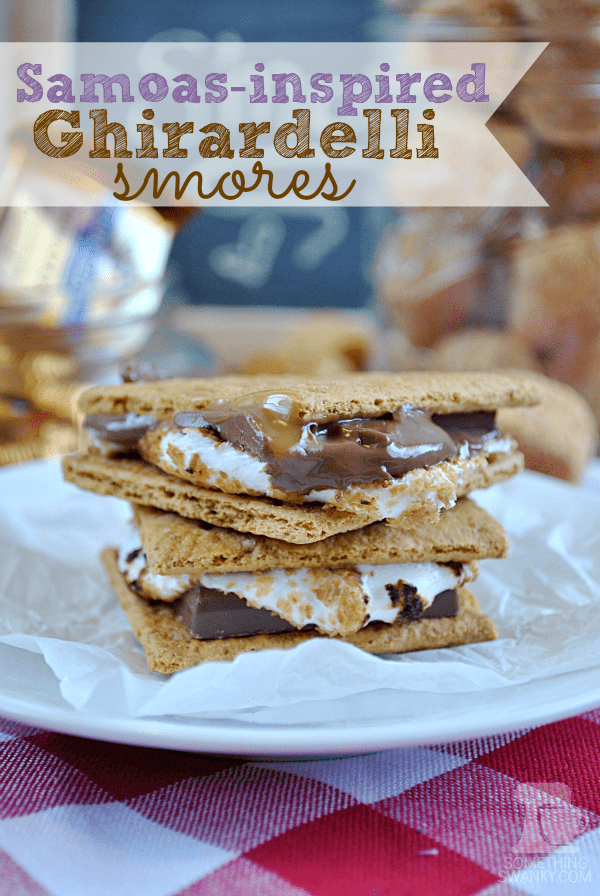 Remember how I did a re-cap of all my 2012 Girl Scout Inspired recipes last week? Part of the reason I did that was because I was considering skipping out on the Girl Scout Cookies craze this year. Don't ask. I don't know what I was thinking.

Anyway. Ever since I posted that round-up, I've been thinking about Samoas NON-STOP. And I have about another 20 Samoas inspired recipe ideas scribbled all over post-its inside my new planner (oh yeah, PS- I'm being more organized now). So be expecting those in the coming weeks– I get so manic over certain flavors for a while. And, seriously, what dessert shouldn't be turned into a toasted coconut, chocolate, caramel delight anyway??

My cousin (and college BFF) put together a S'mores bar for my brother's wedding reception in November, and it was absolutely darling. She had found about a bazillion S'mores ideas and created a gourmet S'mores buffet. I'm absolutely nuts over S'mores (check out my S'mores board here!), so I was smitten over the display.

I was particularly struck by the “Samoas” S'more and promised myself to get it up on the blog! It's made up of toasted coconut marshmallows, Ghirardelli Caramel Filled Squares, and graham crackers. 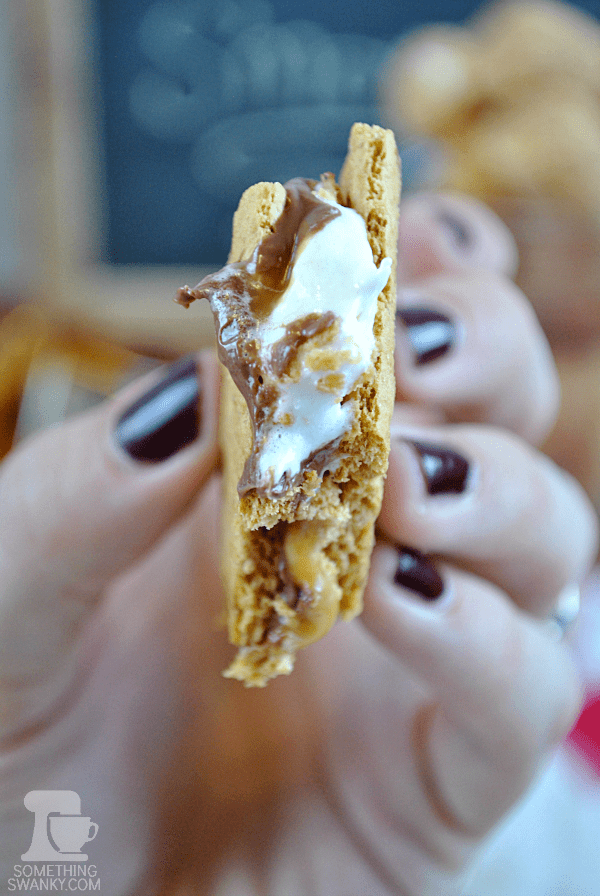 Grilled Pound Cake S'mores Sandwiches from Buns in My Oven