Creamy vanilla fudge with giant chunks of Samoas cookies, a caramel coconut topping, and a drizzle of chocolate. 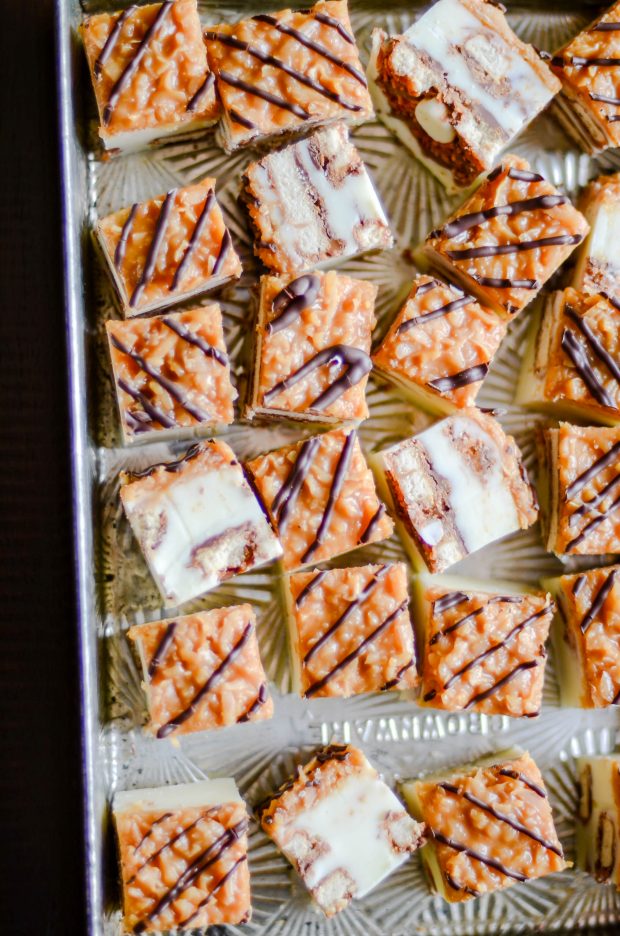 Back when I first started blogging, Girl Scout Cookie Flavors really inspired me. In fact, it was just a few short months after I started my blog that I posted my first “3 Weeks of Girl Scout Cookies ????????!” We did a week of Samoas recipes, a week of Thin Mints, and a week of Tagalongs. YUM.

I haven’t been consistent about doing the 3 Weeks of Girl Scout Cookies every year (It ends up being every 2-ish years… maybe 3 this time ????), but I still get the itch every March to bake up some Girl Scout-themed goodies. And since I’ve been trying to work through and update some of my old recipes, this Samoas Fudge felt like just the thing. 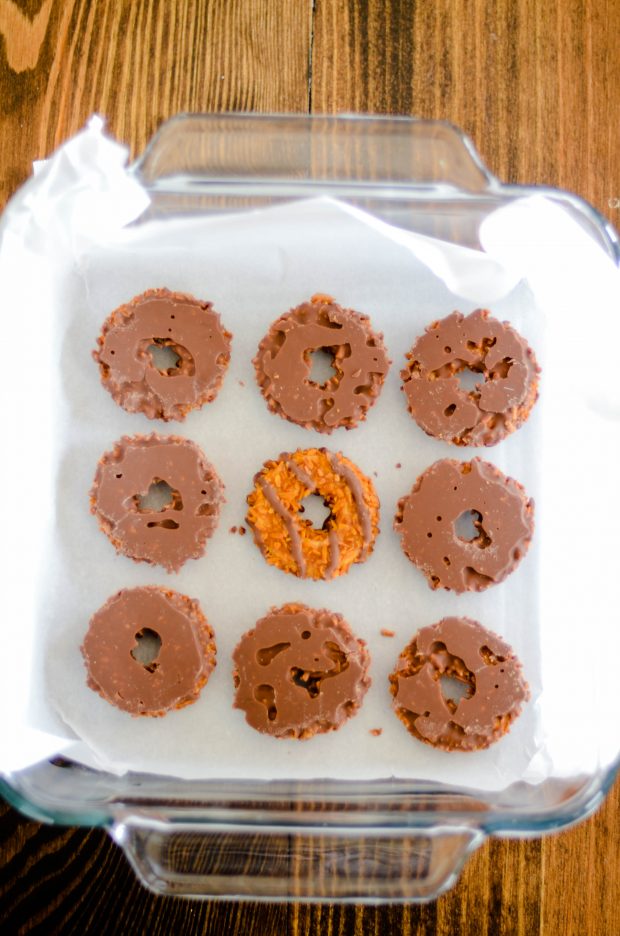 So here’s the rundown:

Then make my go-to creamy vanilla fudge and pour about half of it over top. 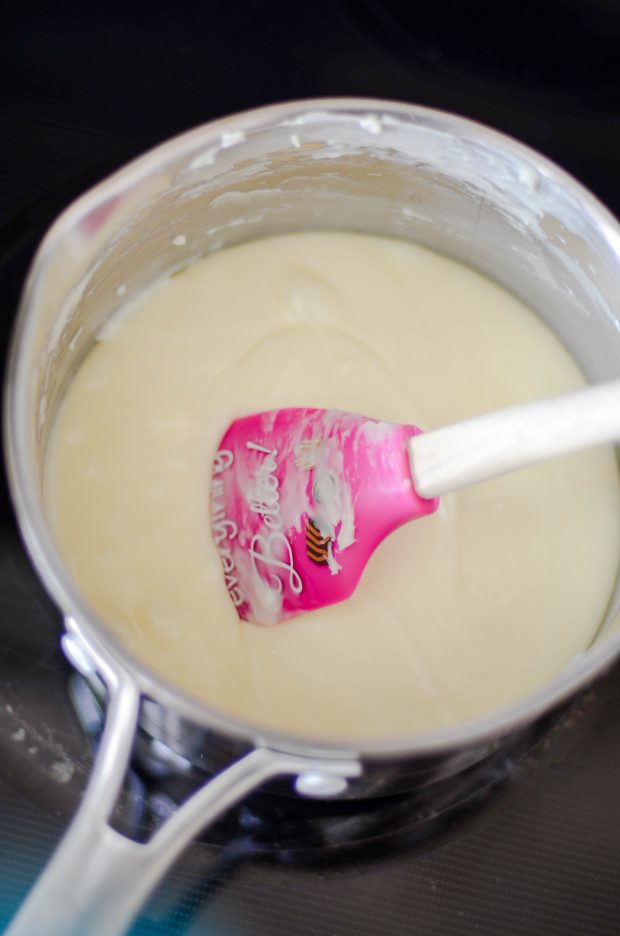 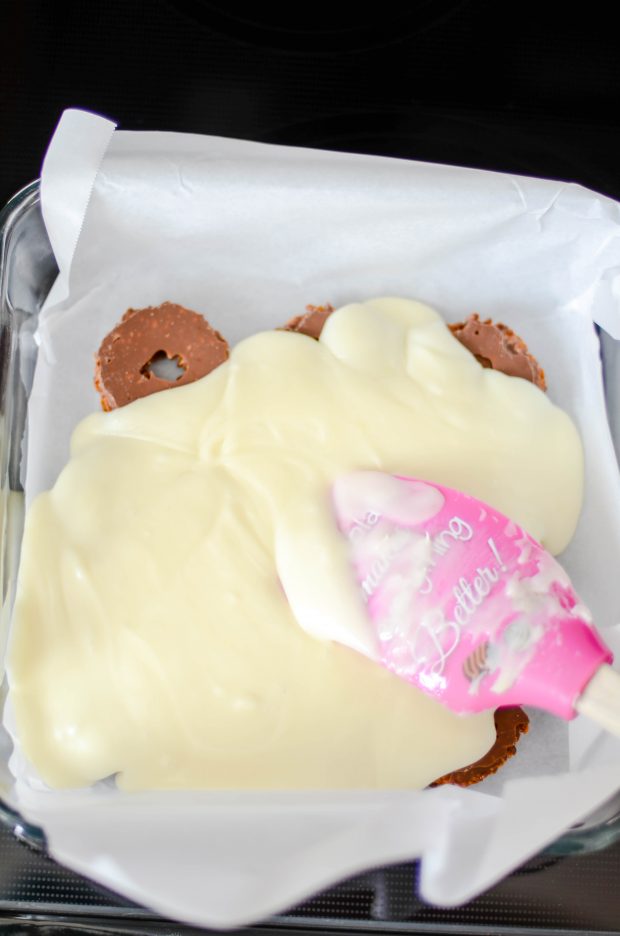 And then another layer of Samoas… 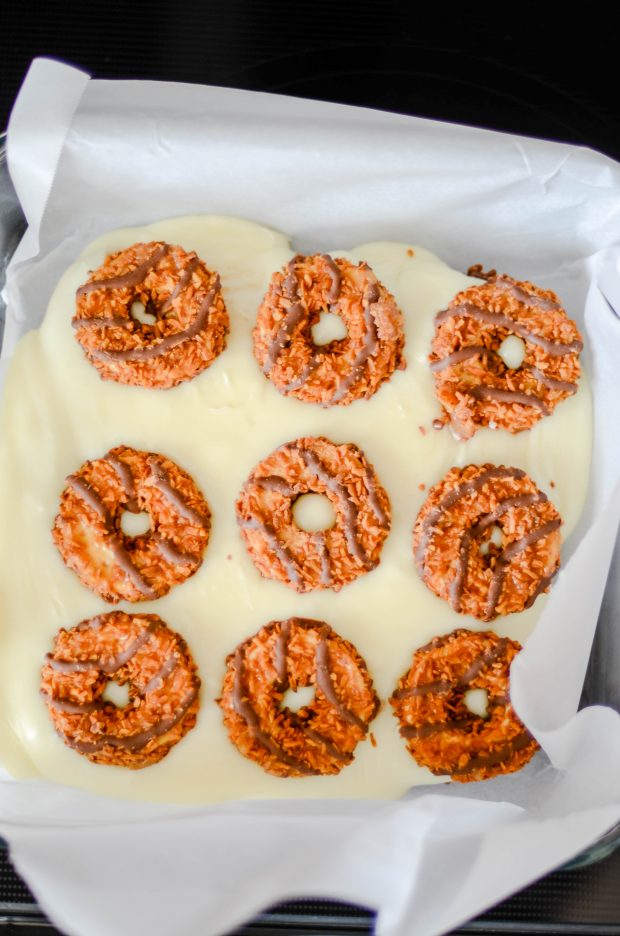 Then comes another layer of fudge, the caramel coconut layer, and the chocolate drizzle. 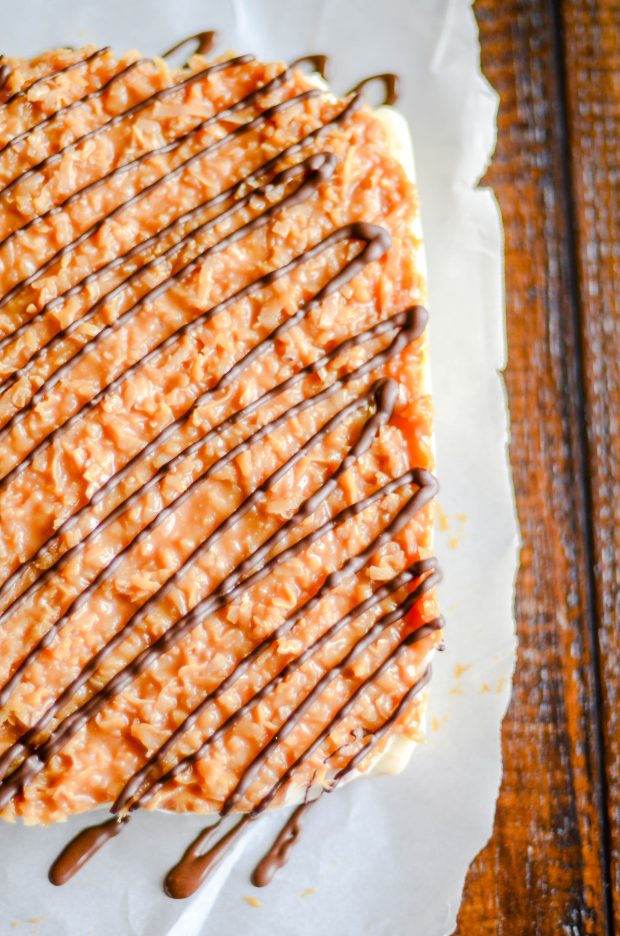 The creamiest, dreamiest, caramel-iest Samoas fudge ever. And so easy too. You only need 2 basic ingredients for the actual fudge. Add to that the cookies, coconut, caramel bits, and chocolate which makes it only 6 ingredients total!

And it just gets better– you don’t even need a candy thermometer for any of it! It’s as simple as melting and stirring. Easy peasy ☺️. 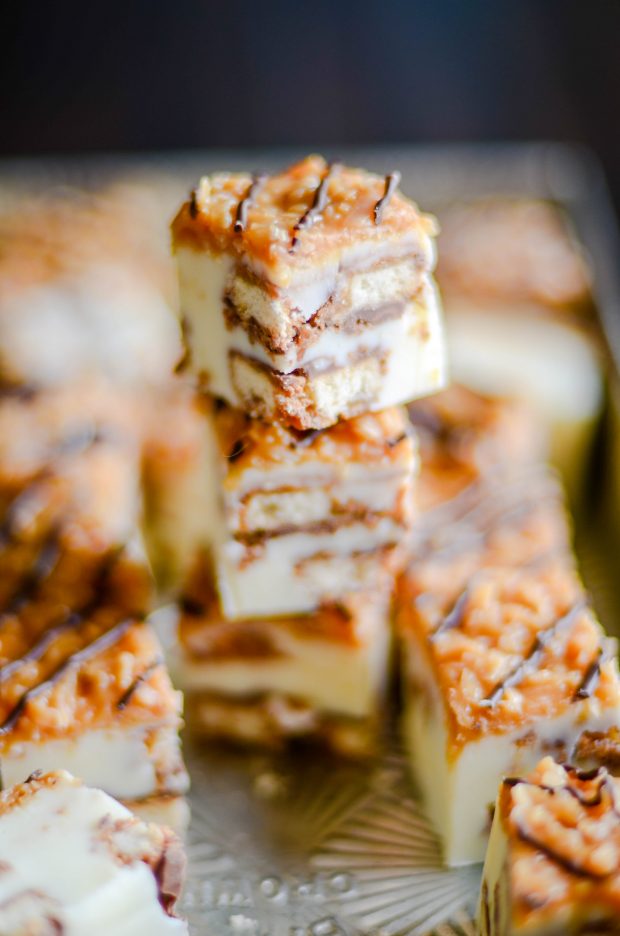 And just look at those giant chunks of cookie in each bite! ????

Creamy vanilla fudge with giant chunks of Samoas cookies, a caramel coconut topping, and a drizzle of chocolate.

Prepare a 9x9 baking dish by lining it with foil or parchment paper. Set aside.

Over medium heat, stir together the white chocolate and the sweetened condensed milk until melted and smooth. Remove from heat.

Line the baking dish with a layer of 9 cookies. Pour half of the white chocolate mixture over the cookies, spread with a spatula if needed.

Layer another 9 cookies, and then pour the remaining fudge over the cookies. Spread with spatula if needed.

Chill fudge for about 30 minutes or until firm enough that you could spread the caramel layer without disturbing the fudge.

Microwave 1 cup of caramel bits with 1 tbsp of water in 30 second increments. Stir until melted and smooth. Mix in the coconut.

If needed microwave mixture for another 30 seconds to make sure it spreads easily over the fudge.

Drizzle the chocolate over the coconut caramel layer. Chill or let cool at room temperature until firm enough to cut (in the fridge: about 2 hours; at room temp: overnight). 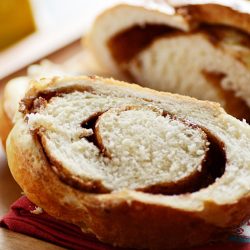 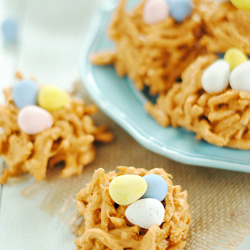