Seriously the best berry pie of all time. Toffee and blackberries are a match made in heaven! Plus the recipe for my favorite all butter pie crust and toffee crumble topping. 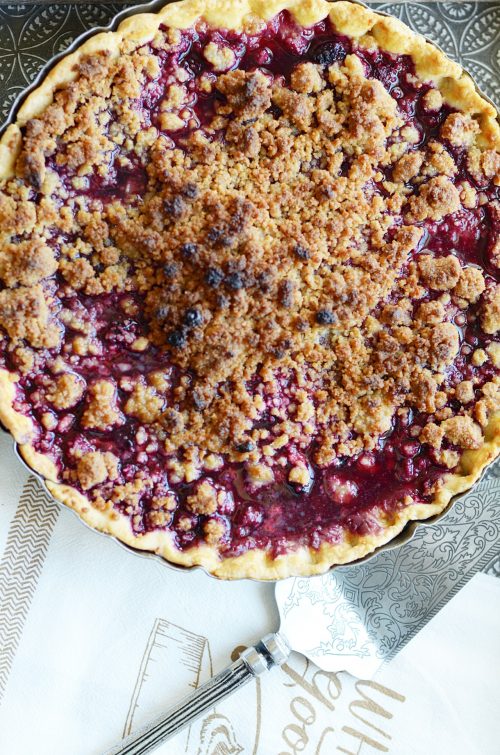 This little beaut is the lovechild of a blackberry crumble and a pie. Too juicy to be a pie, really. But it has a flaky, all-butter pie crust that begs to differ.

We’re ditching a second pie crust on top in favor of an outrageously crumbly toffee crisp topping! The buttery melts into the berry layer just enough to add a little extra sweetness. While the thick crumble parts get all browned and crispy up on top. You can taste flecks of toffee in each bite, and it’s really just so so good. Quite possibly the best blackberry recipe of all time. Except maybe this one. 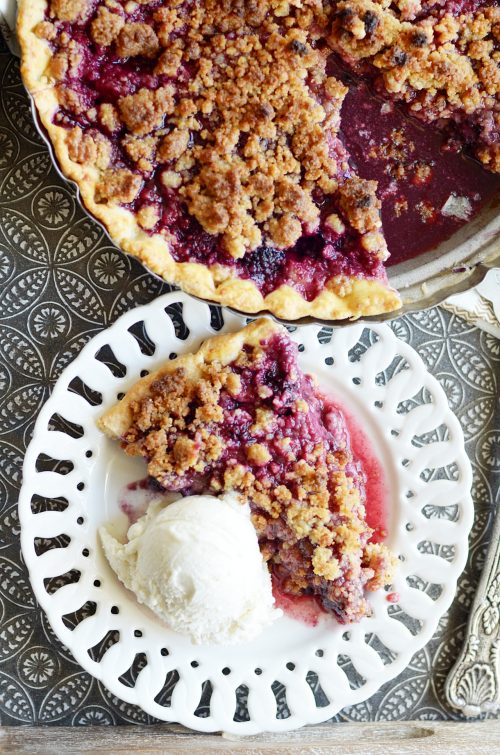 I’ve made this pie several times over the years. I first came across it in a cookbook I was reviewing for another blogger about 5 years ago. Katie Cooks? Katie Bakes? I can’t remember. Katie, if this is your recipe, feel free to claim it!

Anyway. The first time I made it, I thought I had done something wrong. Surely it’s not supposed to be this goopy. So I set the recipe aside for a while. Until I remembered how stinking good it was and decided to make it again. And again. Annnnnnnnd again. Until I reached the point that I really didn’t care if each “slice” of pie wasn’t cut to magazine-worthy standards. But by gosh! It was earth-shattering served over vanilla bean ice cream, and that’s all that mattered anymore. 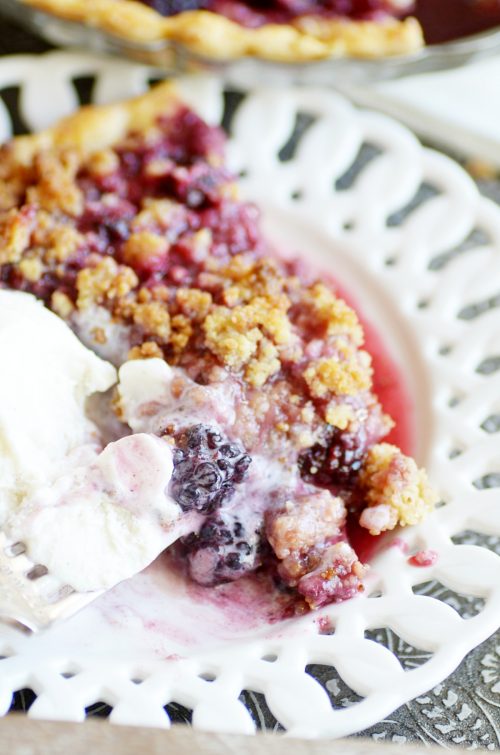 So yeah. She’s not the prettiest belle at the ball.

But if you’re looking for a killer summer pie to go with a bowl of ice cream… look no further. Grab a spoon and enjoy this ridiculously sweet and tart and beautifully golden buttery mutt of a blackberry crisp and a pie! 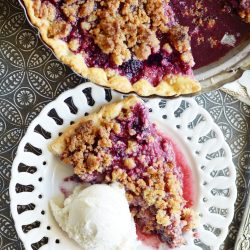 Press the unbaked pie crust into a 9-inch pie dish. Place in the refrigerator.

Mix together the blackberries, sugar, cornstarch, lemon juice, and vanilla. Place bowl in the refrigerator until you need it again.

Make the crumble: mix the flour and 3 tbsp brown sugar together. Cut in the cold butter until crumbly. Stir in the toffee bits and chopped pecans.

Fill the pie crust with the the blackberry filling and sprinkle the crumble on top.

Bake for 30-40 minutes until bubbly and golden brown on top. 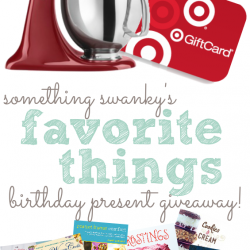 Happy Birthday to Me (and YOU) Giveaway! Win: a KitchenAid Mixer, a Target Gift Card, and 10 Blogger Cookbooks 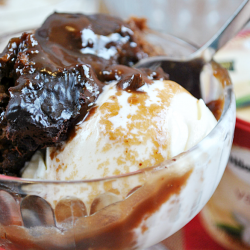 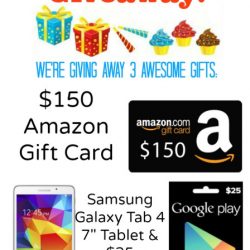