I have been completely obsessed with Nutella in baking lately. So I decided to GO BIG with today’s recipe! My personal philosophy is that if you are going to make a dessert with Nutella, it needs to TASTE LIKE NUTELLA (not chocolate). So even though the top and bottom layers of this cake are purely chocolate, the Nutella Mousse and buttercream in the middle are the stars of the show, and I can promise you that this cake absolutely tastes like Nutella!!!! 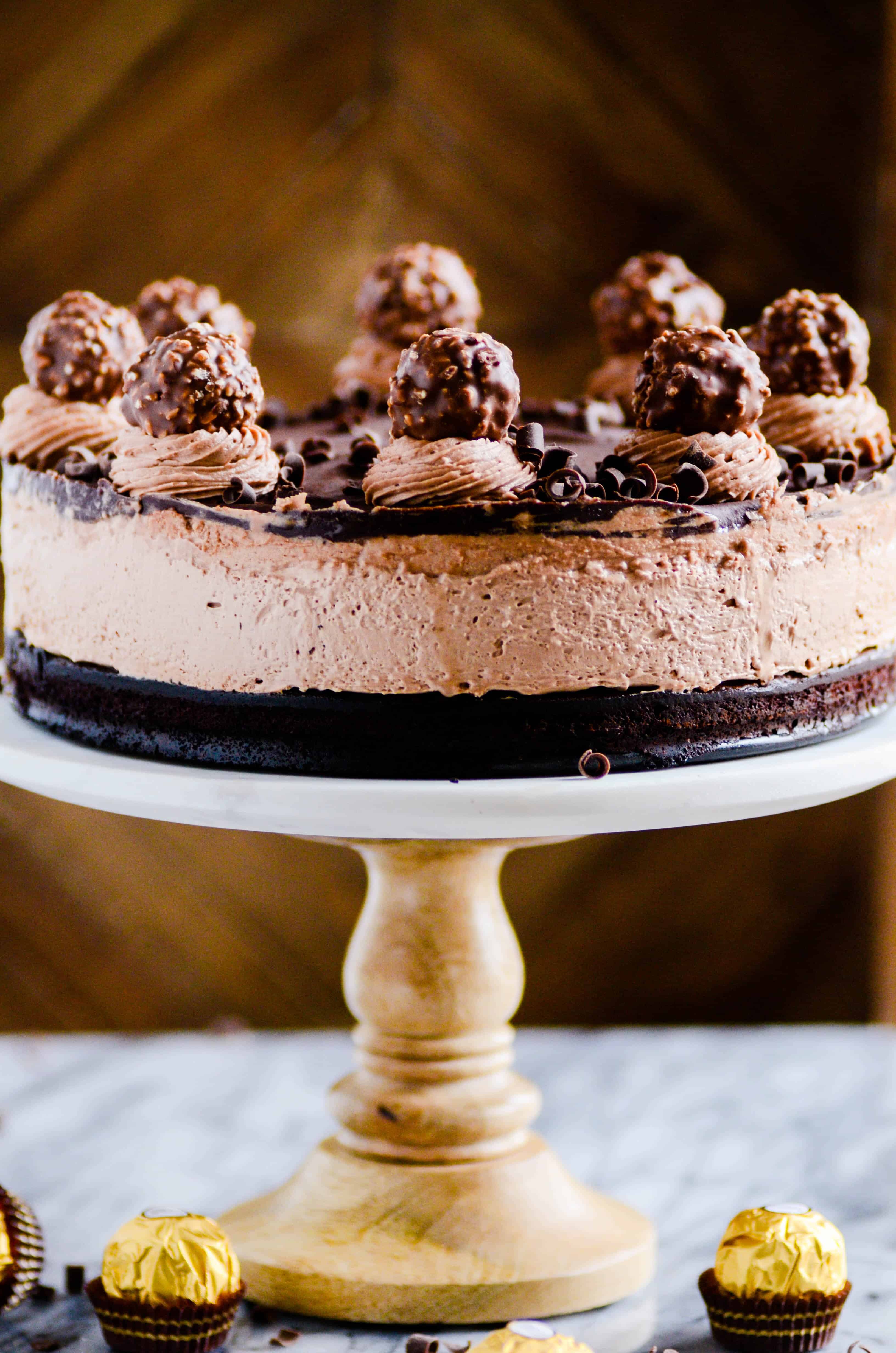 There are FIVE insanely delicious layers in this Nutella Mousse Layer Cake!

A FEW THINGS TO NOTE ABOUT THIS RECIPE: 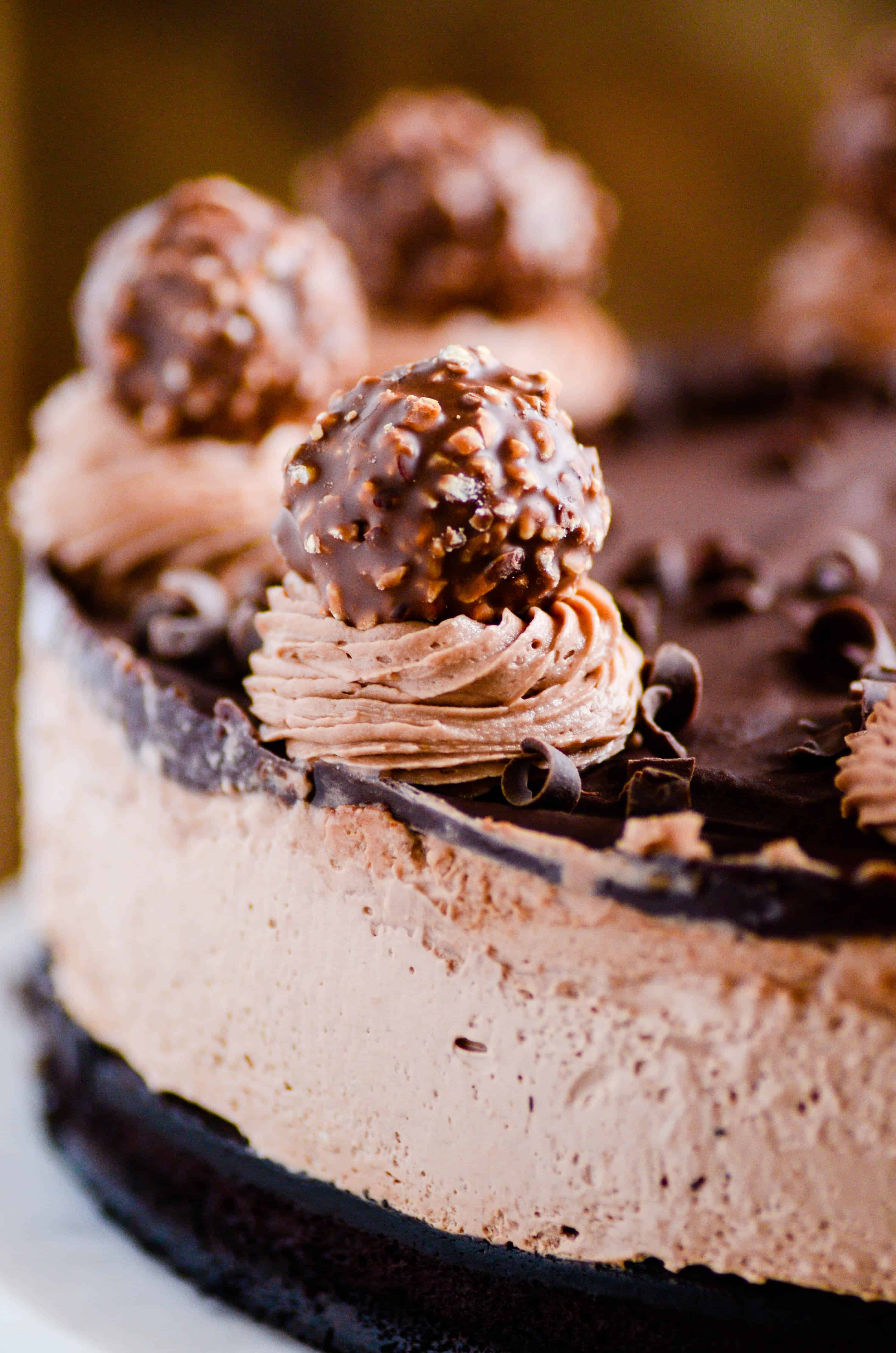 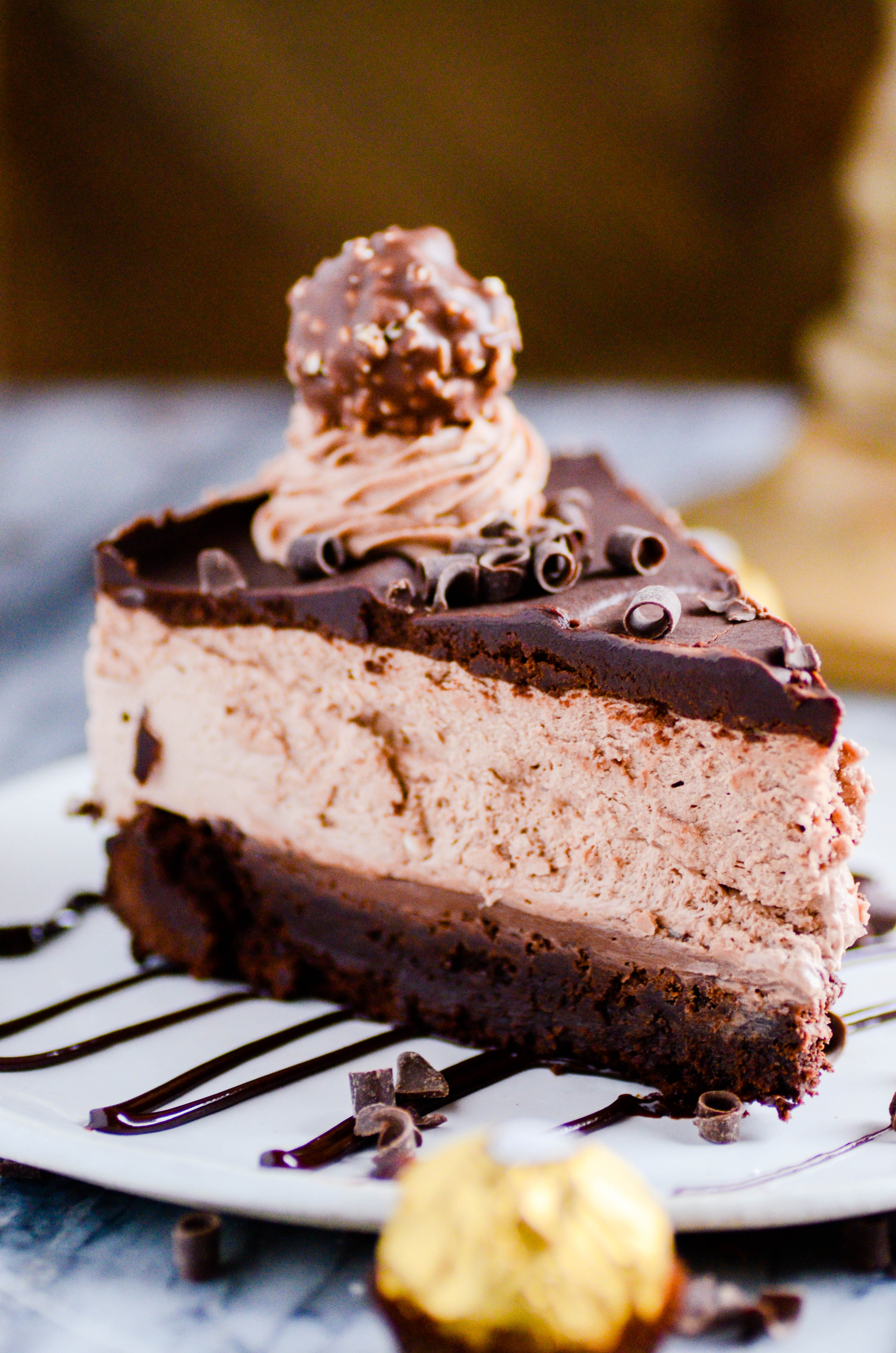 That mousse filling!!! I would have been happy just eating it by the spoonful. ????

Garnish the top of the cake with remaining buttercream, Ferrero Rocher, and chocolate shavings.

PIN IT NOW TO SAVE IT FOR LATER