This is a sponsored post written by me on behalf of Frito-Lay. Recipe concept and stated opinions are my own. 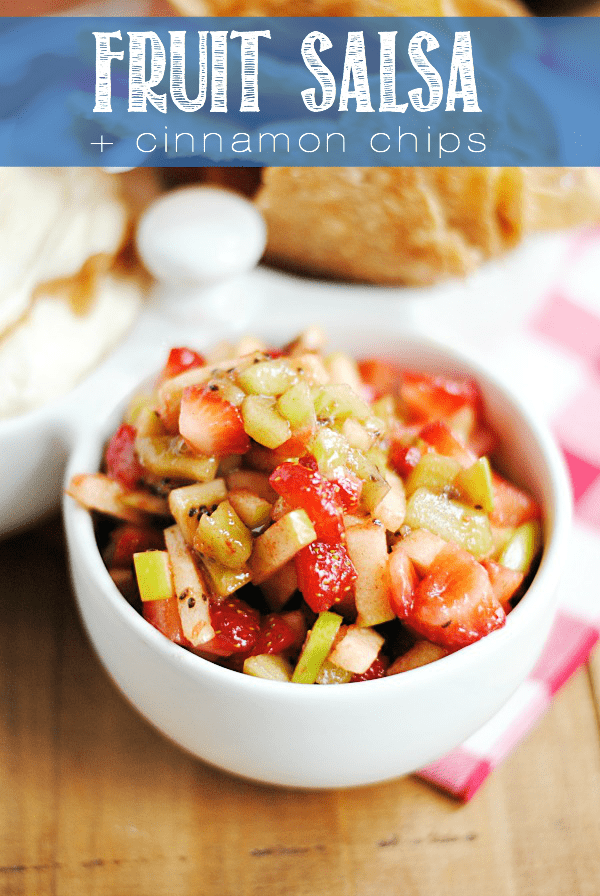 Every single football season I vow that “this will be the year” that I finally get really into the football spirit with my husband.

I have every intention to go out and buy some sort of  “Football for Dummies” type of book. I'm sure there is one out there specifically geared towards football-bored wives.

Here's the crazy thing: I actually do love everything about football season! I love the excitement of game days (and the food, obvs), I love cheering on our favorite teams and dressing in our cute team gear, I love the banter from the commentators during the game– I actually really do love it all.

And, ohemgee, how I love a great touchdown and when they talk a little smack. Seriously, I do.

Here's where I'm running into trouble…. I don't really understand anything else that happens in the game.

If it's not a mad dash for the end zone, I don't have a clue what's going on in the game. Offense? Defense? Who knows? And, frankly, who can even see where the ball is half of the time? My husband always tells me to just follow the tackles, but there are like a gazillion tackles happening all over the screen!

Would it kill the cameras to zoom in just a little bit more? Like– to where the ball actually is? I mean, that's really all we need to see anyway, right? I'm sure this is some kind of football-ADD on my part, but seriously, I can't follow all of that action.

So year after year, I end up resigning myself to being the Commissioner of All Things Cute and Football-y and Delicious Game Day Food. It usually works out pretty well in the end, and it makes me feel generally pretty important to the fans in our living room.

Because, um, helllllooooo— the food is literally just as important as the game on game day. I don't care how manly a man (or woman, totally not judging) you are and how pure your love for the game may be, a football game is simply not going to be as good without wings, nachos, and peanut M&Ms.

Which brings us to…

Game-day recipes are as traditional as wearing lucky jerseys or team chants! This sweet twist on traditional game day fodder (chips, cheese sauce, and salsa) is seriously, mind-blowing delicious. And it comes together really quickly– which is pretty essential for game-day food, in my opinion!

This fruit salsa is a little different from many of the versions I've found cruising Pinterest. Most of those seem to involve using jam or some sort of fruit preserves plus sugar. I don't know why exactly, but the though of adding jam to mixed fruit sort of puts me off. A friend of mine served us this (jam-less) version a few years ago, and I love it. Simply chop up your fruit and add a few tablespoons of cinnamon sugar. The sugar and the fruit come together to create a sweet syrup, and I just think adding jam is totally unnecessary. It's really perfect as is!

The cream cheese dip is the bomb.com dessert version of nacho cheese dip. Only it's waaaaaay better. Because it's like dipping your chips in cinnamon rolls. Basically. It's amazing. I added a swirl of buttery cinnamon sugar to the sweetened cream cheese, and it was life-changing. Also: easy. Win-win.

Best of all: these chips.

I also love that they're a little bit salty when you start with the Tostito brand chips. Sweet + salty = best thing ever. 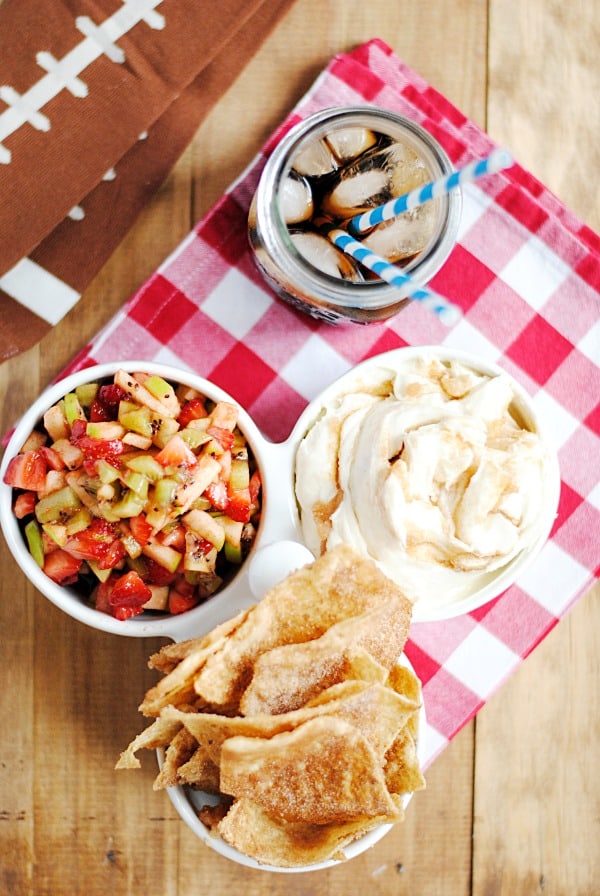 You can serve these as chips and dip, like you see above.

Orrrrrrrrrr, you could get a little cray-cray and make nachos! Pop the cream cheese dip in the micro for about 30 seconds (maybe up to 45-ish) so it gets all soft and melty (just like cinnamon roll frosting!), and pour it over the chips.

Top with fruit salsa, and – VOILA! The most impressive, most delicious dessert nachos of all time! 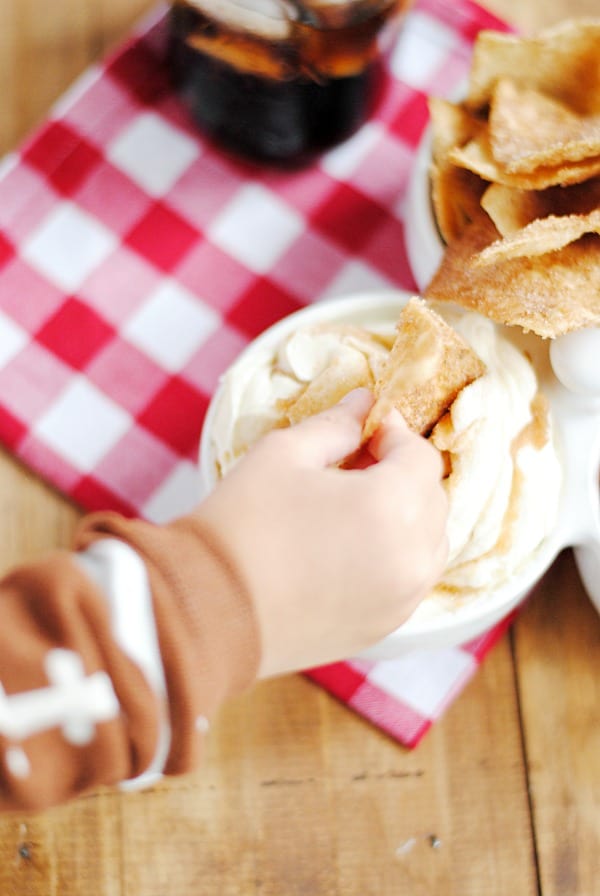 It's a good thing my husband is a football fanatic– that means we'll have plenty of opportunities to make these fabulous nachos while cheering on the San Diego Chargers!!

My husband is the most major Chargers fan ever there was. He managed to lure me into their fan base as well with Philip Rivers. I grew up in an NC State family (where Rivers played in college), and I kind of have a little crush on him. Which makes us Bolts folks through and through over here.

Who are you cheering for??

How would you feel about cheering for me?

Well, not exactly me, per se. More like these nachos! Frito-Lay has invited me to participate in the Frito-Lay Nacho Throw Down, and this sweet, cinnamon-y nacho creation is my entry. I'd love for you to let Frito-Lay know that you think these nachos are the BEES-KNEES by voting for me!

Here's how you do it:

There will be a tab on Frito-Lay’s Facebook page where fans can vote on that week’s recipe. We will also be promoting the contest on Frito’s Twitter & Pinterest pages. To incentivize fans to vote, every fan that votes will be entered to randomly win a Frito-Lay prize pack. Fans can also participate in our Instagram Sweepstakes where they can submit their own nacho recipe via Instagram using #FritoLayKickOffEntry. Each week, we will choose a random winner to win a Frito-Lay prize pack.

Show your team pride by making America’s favorite game-day snack with a sweet, cinnamon twist this football season! Your fans will thank you 🙂

For the Cinnamon Sugar Tortilla Chips:

For the Fruit Salsa:

For the Cream Cheese Dip:

For the cinnamon sugar chips:

For the fruit salsa:

For the cream cheese dip:

This is a sponsored post written by me on behalf of Frito-Lay. Recipe concept and stated opinions are my own.