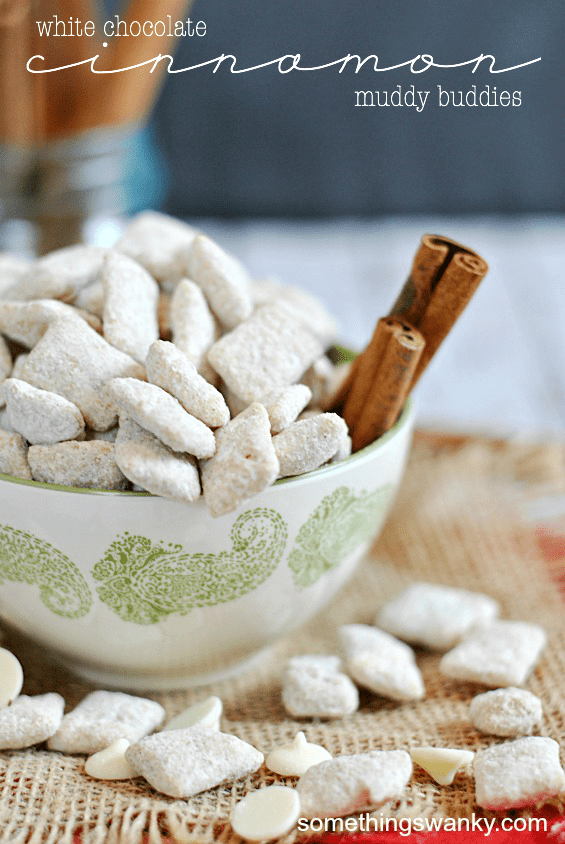 Muddy buddies should really come with a warning label. I mean, any great dessert is a little dangerous, sure. But muddy buddies are ridiculous. They should be clearly marked, “YOU WILL NOT, UNDER ANY CIRCUMSTANCE, BE ABLE TO STOP EATING THESE.”

And these White Chocolate Cinnamon Muddy Buddies need a big, fat, blinking NEON warning sign! White chocolate and cinnamon are one of my favorite flavor combinations. I personally think it trumps all the greats…. yes, including peanut butter and chocolate!

And funny enough… I'm not really much of a white chocolate lover. Only when it's with cinnamon! 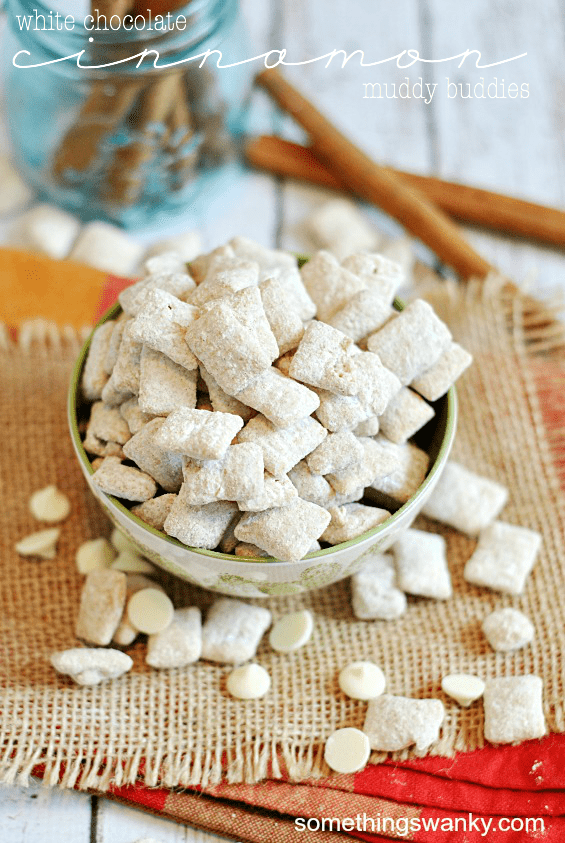 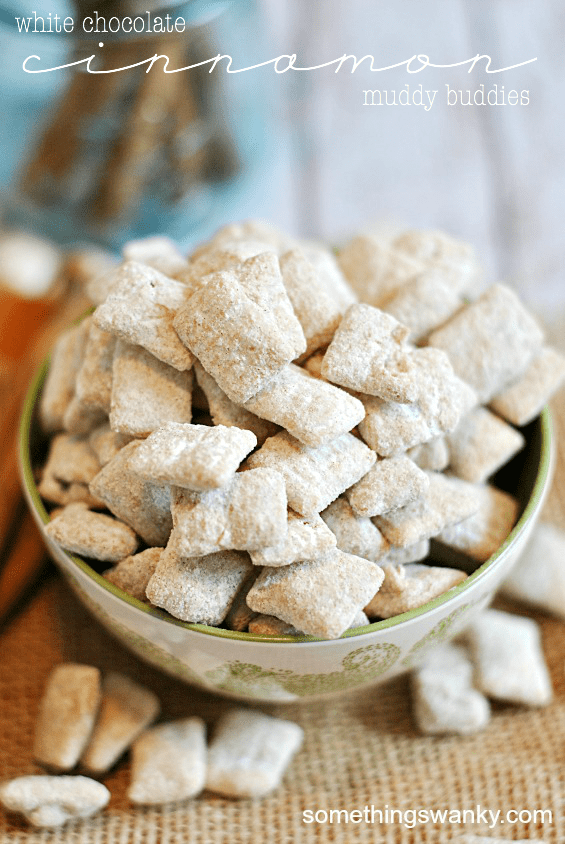 For me, I think the obsession with white chocolate and cinnamon began sometime around these White Chocolate Snickerdoodle Pudding Cookies.

And there used to be these little puffed rice snacks at Costco that were cinnamon flavored with a white chocolate drizzle. Did anyone else ever LOVE those? They were supposed to for “dieting,” but I'd down 2 or 3 bags at a time during my favorite shows. Obviously, that purpose was lost on me. 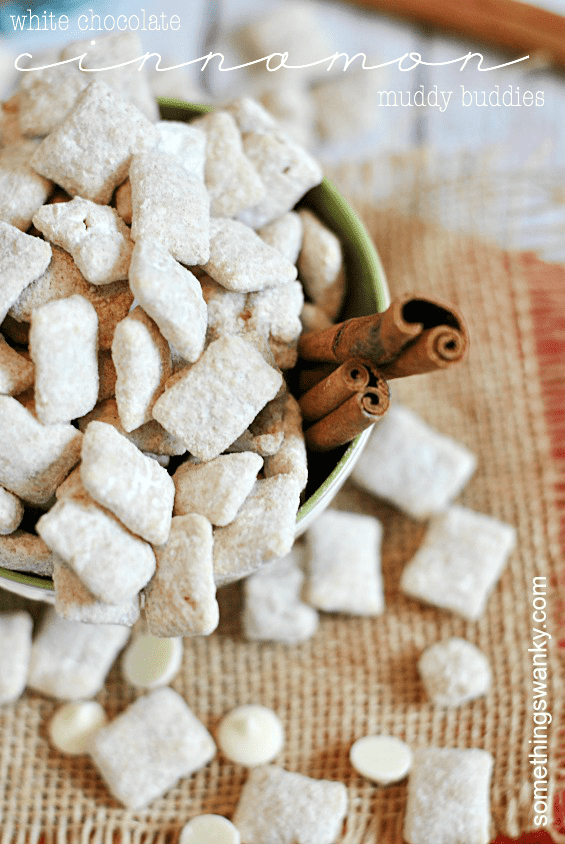 These are insanely delicious and impossible to quit. And with only 3 ingredients, this recipe is SUPER easy to throw together and can be served immediately! It's perfect for entertaining, packaging up for neighbors and friends, or just munching on during family movie night.

I'm sure you're going to love these as much as we do!

1. Place the cereal in a large mixing bowl.

3. Pour the white chocolate over the cereal and gently mix until cereal is coated.

Continue with instructions as written above.

Check out these other great recipes from my and my friends!