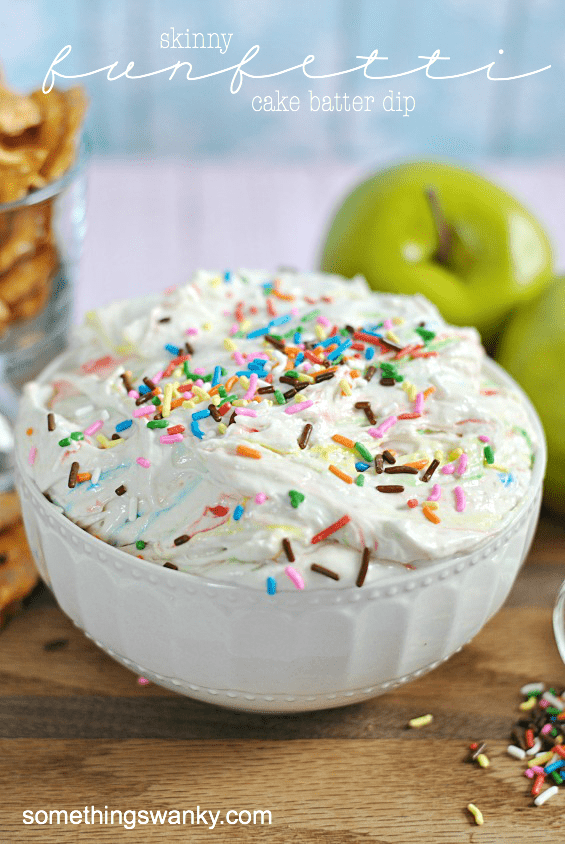 It's another skinny batter dip.

It's a little redundant, I know. But I have a good reason:

I did a lot of  “skinny” dessert testing in December, because I wanted to have some great recipes that would fit in with your (and my) 2014 healthy eating resolutions. And I was super disappointed to discover that there are a lot of great looking skinny dessert recipes out there that do not taste anything like dessert… or like food.

In the end, I found an oatmeal recipe I really liked (to be posted soon!) and this Skinny Funfetti Cake Batter Dip. And you know it's good, because it passed the I-have-a-ridiculous-sweet-tooth test!

I modified the recipe I'm sharing today from Six Sisters Stuff, but I've also seen a version on The Domestic Rebel! 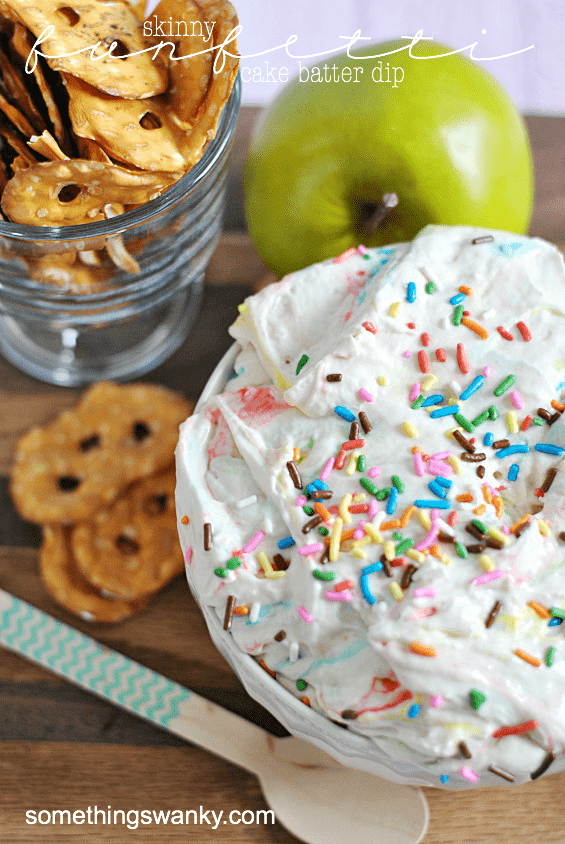 Truth be told, I was a little underwhelmed with the dip immediately after making it. But after it chilled overnight in my refrigerator, it was seriously unbelievable! I couldn't believe what a difference the chill time made. Instead of tasting like a bunch of separate ingredients (which still tasted okay), it actually tasted like CAKE BATTER and was absolutely delicious!!

As you can see in the photos, the only downside to overnight chilling is that the sprinkles bleed quite a bit. I solved this (to my satisfaction, anyway) by simply adding more sprinkles after the dip was poured into its serving bowl. You could also easily avoid this pitfall by using a white cake mix in place of the Funfetti cake mix, and then adding sprinkles just before serving.

*I used 1 cup, but you may prefer your dip to be thicker than I did, which I why I don't recommend pouring in the entire cup of milk from the start.