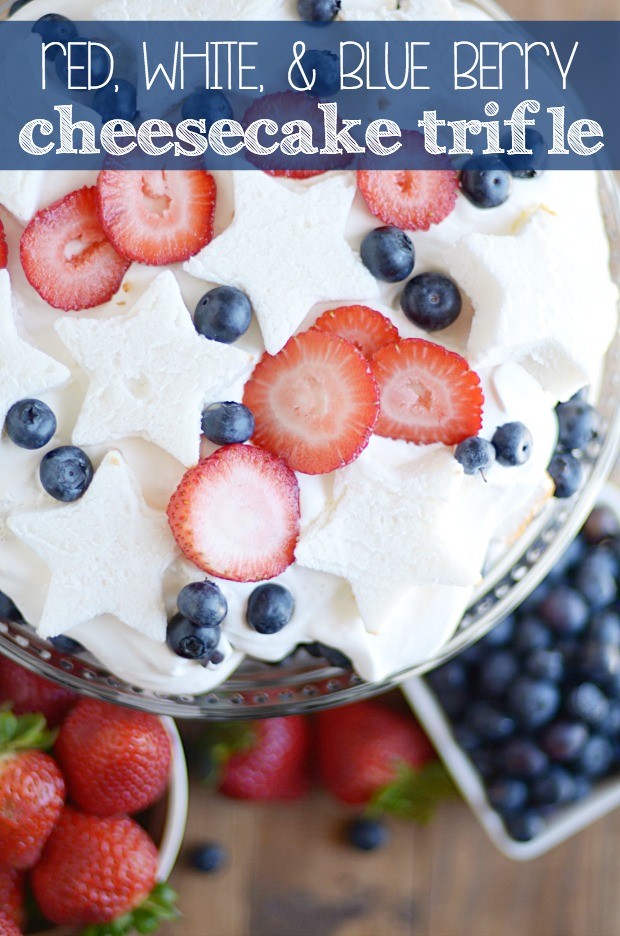 This recipe has become a particular favorite of mine. It's super easy to put together, and it seriously tastes SO GOOD.

It's made up of layer after gorgeous layer of store-bought angel food cake, no-bake cheesecake, and fresh blueberries and strawberries. And just for fun, you could even cut little stars out of the angel food cake slices for the top (use the scraps in the middle of the trifle, so you don't waste a bit)! 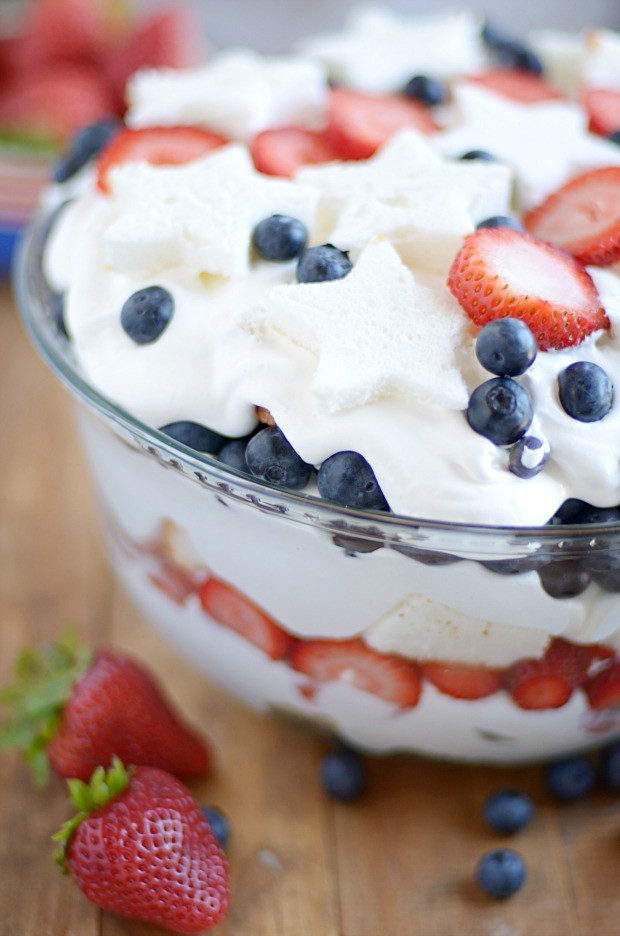 Feel free to switch up the fruit if you want. I thought the strawberries and blueberries were beautiful for a 4th of July dessert, but I bet raspberries and blackberries would be amazing too!

Quick Tip: if you're really pressed for time (and I mean like REALLY pressed) there is an even quicker alternative to the no-bake cheesecake. You can make a simple instant pudding + Cool Whip mousse (see this post) instead. That being said, the actual no-bake cheesecake filling is completely worth the 5 extra minutes it might take to make. But I still thought I'd mention this little tip just in case you're out of cream cheese or something and in a pinch for a beautiful trifle!

Cut the angel food cake into bite-sized cubes. Go ahead and place a layer of the cake in the bottom of a large trifle dish.

Make the cheesecake filling: beat together the cream cheese, sugar, marshmallow cream, vanilla, and lemon juice until smooth. Beat in the Cool Whip a cup at a time, mixing after each addition until smooth. Be sure to scrape the sides of the bowl as you go, so that there are no big clumps of cream cheese hiding anywhere in the mixture.

Layer about a third of the cheesecake filling over the angel food cake.

Layer most of the strawberry slices (save some to garnish the top).

Add another third of the cheesecake filling.

Layer most of the blueberries (save some to garnish the top).

Add another layer of angel food cake. Spread the remainder of the cheesecake filling over top.

Keep in the refrigerator until ready to serve. Suggested chill time for an hour before serving.