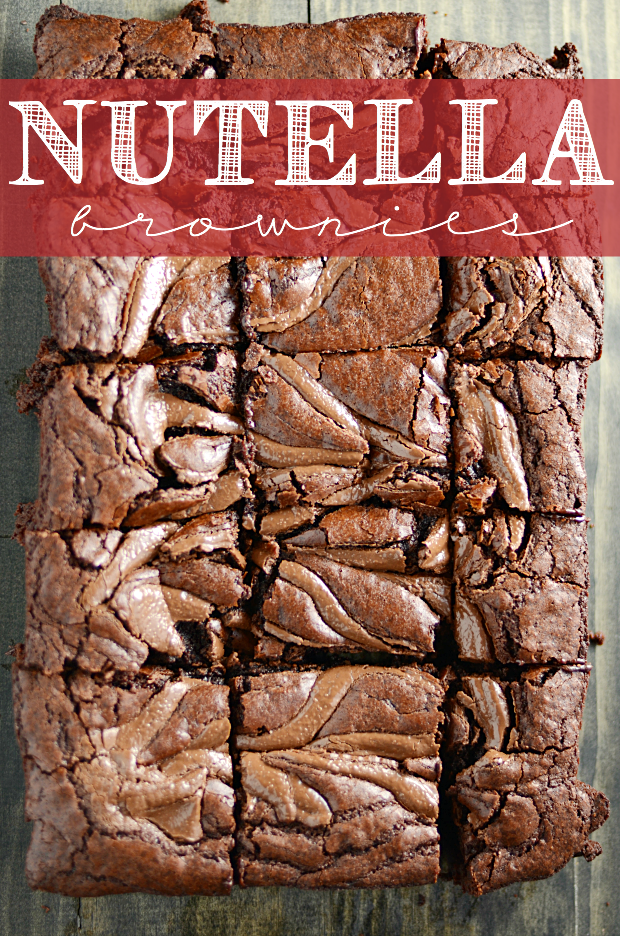 It's official. I am obsessed with these Nutella Brownies.

Seriously. These are the deepest, darkest, richest, most fudgiest brownies I have ever eaten.

When I eat a brownie, I do not, under any circumstances, want to be eating chocolate CAKE. I want crinkly crispy tops, crunch edges, and a layer of straight up fudge in the middle. To me, that's a brownie done right. And these brownies meet all the criteria to qualify for the Brownie Hall of Fame.

The Nutella plays an interesting role in this recipe. The first few times I made it, I was really searching for the Nutella taste. It's not super obvious. For the most part, I think the Nutella just adds the the richness of the chocolate flavor and and is definitely a major contributor to the fudginess.

But I wanted to actually taste the Nutella. So it finally crossed my mind to add a layer of pure Nutella swirled goodness on top, resulting in Nutella-Brownie nirvana. 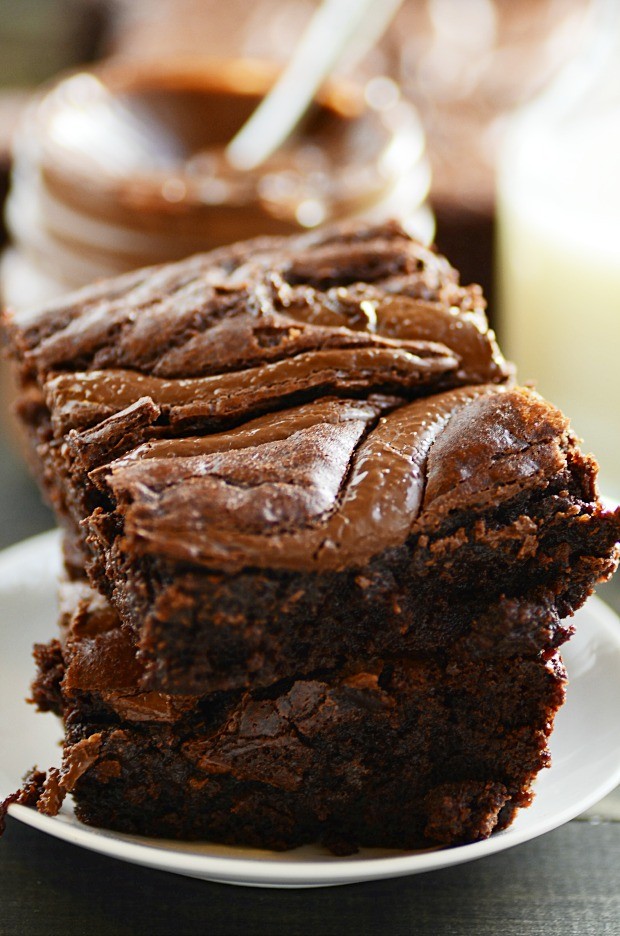 For the most part, these are a cinch to make. But there is one really crucial detail that you have to pay attention to: do not over-bake these!

The only reason I mention this is because it's going to be really tempting. The center of these brownies is SUPER fudge-y. To the point you can't really serve up a middle slice while it's still warm (you'd basically be spooning it out– which I don't mind!). You might think that they're not quite done if you're judging by the toothpick test.

But if you continue to bake them until a toothpick comes out clean, you'll get WAY over-baked edges that are either burned or really hard. And that heavenly gooey center won't be so gooey anymore! The trick is to let them cool all the way to room temp (torture, I know!) before slicing up those middle pieces.

If you just can't stand it and need to it warm, that's okay too. Just go for the outer pieces and save the middles until after they've had a some more time to cool. Trust me, it's totally worth the wait!

Using an electric mixer, combine sugar, brown sugar, and vanilla with melted butter. Add the eggs 1 at a time, mixing well after each addition.

In a separate bowl, whisk together flour, cocoa, and baking powder.

Microwave the 1 cup of Nutella for about 30-60 seconds to soften. Mix the melted Nutella into the batter. Pour it into the prepared baking dish.

Spoon the remaining 1/4 cup Nutella into a ziptop baggie. Microwave for 30 seconds to soften. Snip the corner and pipe lines across the brownie batter. Drag a knife back and forth across the batter to create the swirls.

Allow to cool completely before cutting.