Fudgy chocolate brownie bites layered in cool, creamy peanut butter mousse. You won’t believe how good this is and how easy it is to make!! 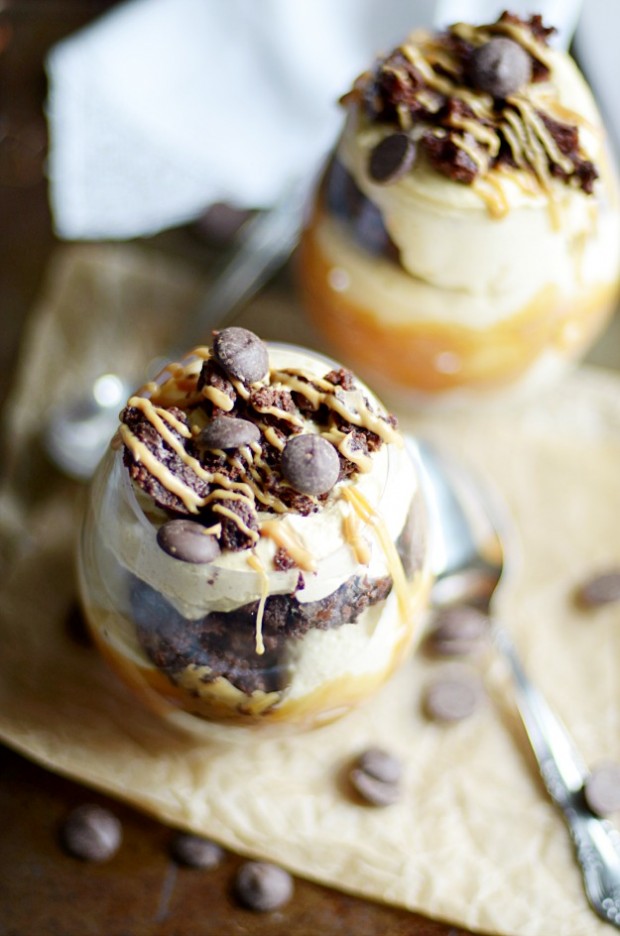 I’m all about the easy in the summer time, let me tell you.

Part of me kind of thought that summer might be a little easier than the school year. I mean, I knew it would be challenging having both kids home all day every day. But I guess I still thought that just maybe I would feel like I had more hours in the day to get stuff done.

Since I figured the days would feel longer and all.

Turns out, I was part right. And part so, so, so very wrong. I’m sure you can see where I’m going with this… the days are NEVER ENDING. Never, ever ending. And yet somehow, there don’t seem to be enough hours in the day to get everything done.

WTH? If someone figures that math out, let me know.

In the meantime, I’m doing lots of quick-and-easy around here. I average cooking a real meal about once a week. Cleaning just doesn’t get done. And I let the kids pretty much rule the roost all day.

Seriously. As I sit here and type, I can see a (LARGE) milk puddle in the carpet that I haven’t sponged up since lunch time (that’s gonna be fun), CJ is rubbing in applesauce on the rug at my feet, clothes and knick knacks and what nots litter every inch of living space as far as the eye can see, my empty fast food cup of soda is leaving a water ring on the table to my left, and there’s a sticky bottle of infant’s Ibuprofen stuck to a book on my right. I still don’t know what we’re having for dinner, Chris will be home in about 15 minutes, and then I’m leaving for a baby shower.

I’m not complaining. But at some point… the situation does become comical.

So when it comes to prepping recipes for the blog? It’s gotta be EASY. We’re talking the minimum amount of effort here. 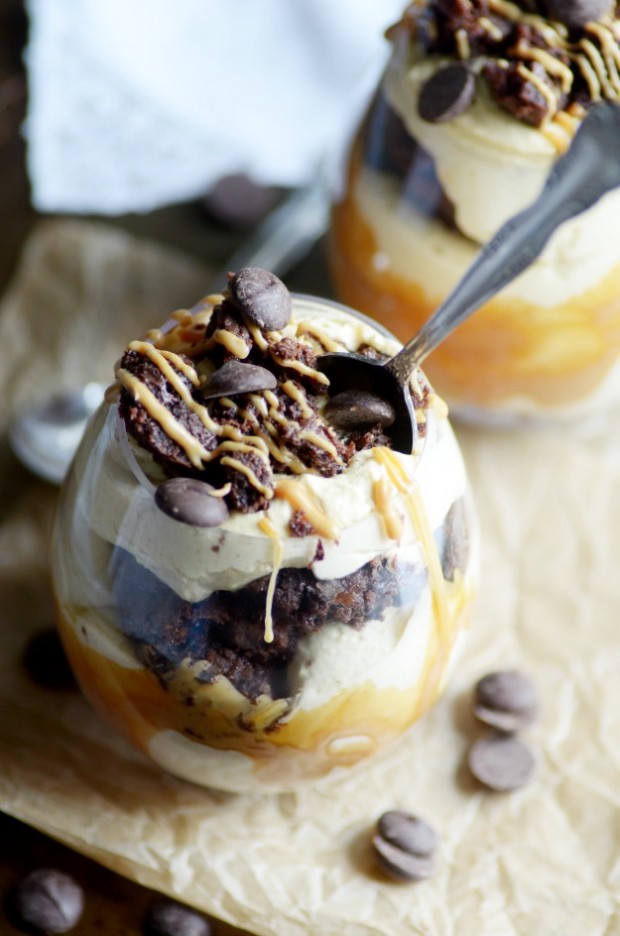 And friends, it does NOT get any easier than this recipe for Peanut Butter Brownie Parfaits.

You’ll need pudding mix, peanut butter, Cool Whip, and milk for the mousse part. And you’ll layer that with brownie bites (home baked or store bought, box mix or from scratch, my recipe or yours, WHATEVER) and chocolate chips.

Guys, this recipe is the very definitely of minimal effort. And it’s SO GOOD. And it looks so fancy too. People will never know that you whipped this up whilst standing in a pile of smushed grapes and animal crackers in your yoga pants!

Fudgy chocolate brownie bites layered in cool, creamy peanut butter mousse. You won't believe how good this is and how easy it is to make!!

Whisk together the pudding mix and milk until smooth. Mix in the peanut butter.

Fold in the Cool Whip.

In 8 ounce bowls or glasses, layer pieces of brownies with the peanut butter mousse and chocolate chips. Drizzle melted peanut butter over top. Keep chilled until ready to serve.

Try this recipe using butterscotch pudding mix instead of vanilla. It's AMAZING!

END_OF_DOCUMENT_TOKEN_TO_BE_REPLACED
posted in All Recipes, No Bake, Summer
July 20, 2016 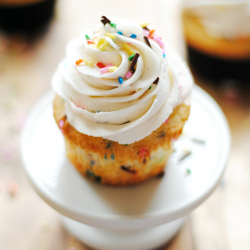 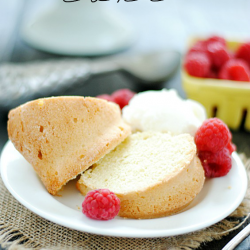