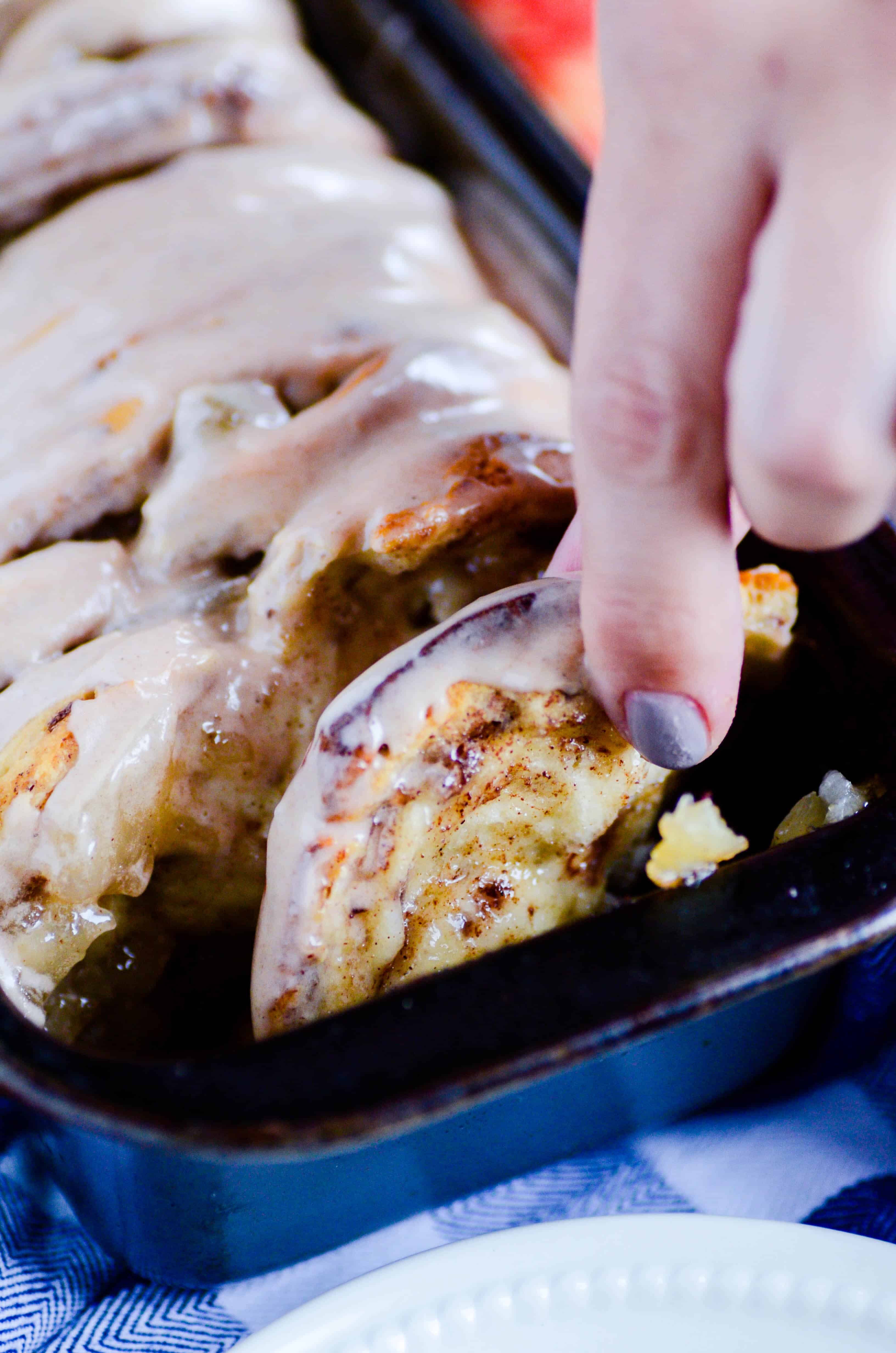 Have you ever made pull apart bread before? And I'm not talking about monkey bread. I mean flattened flaky layers of cinnamon rolls layered with decadent fillings and iced on top. I've seen several different variations across Pinterest and the internet. Some are filled with chocolate. Others with cinnamon. I saw several with different kinds of pie fillings ????.

This was my first time making a pull apart loaf, and, since I've been feeling the urge to do some Fall baking, I decided to make this an apple pie pull apart loaf ????. 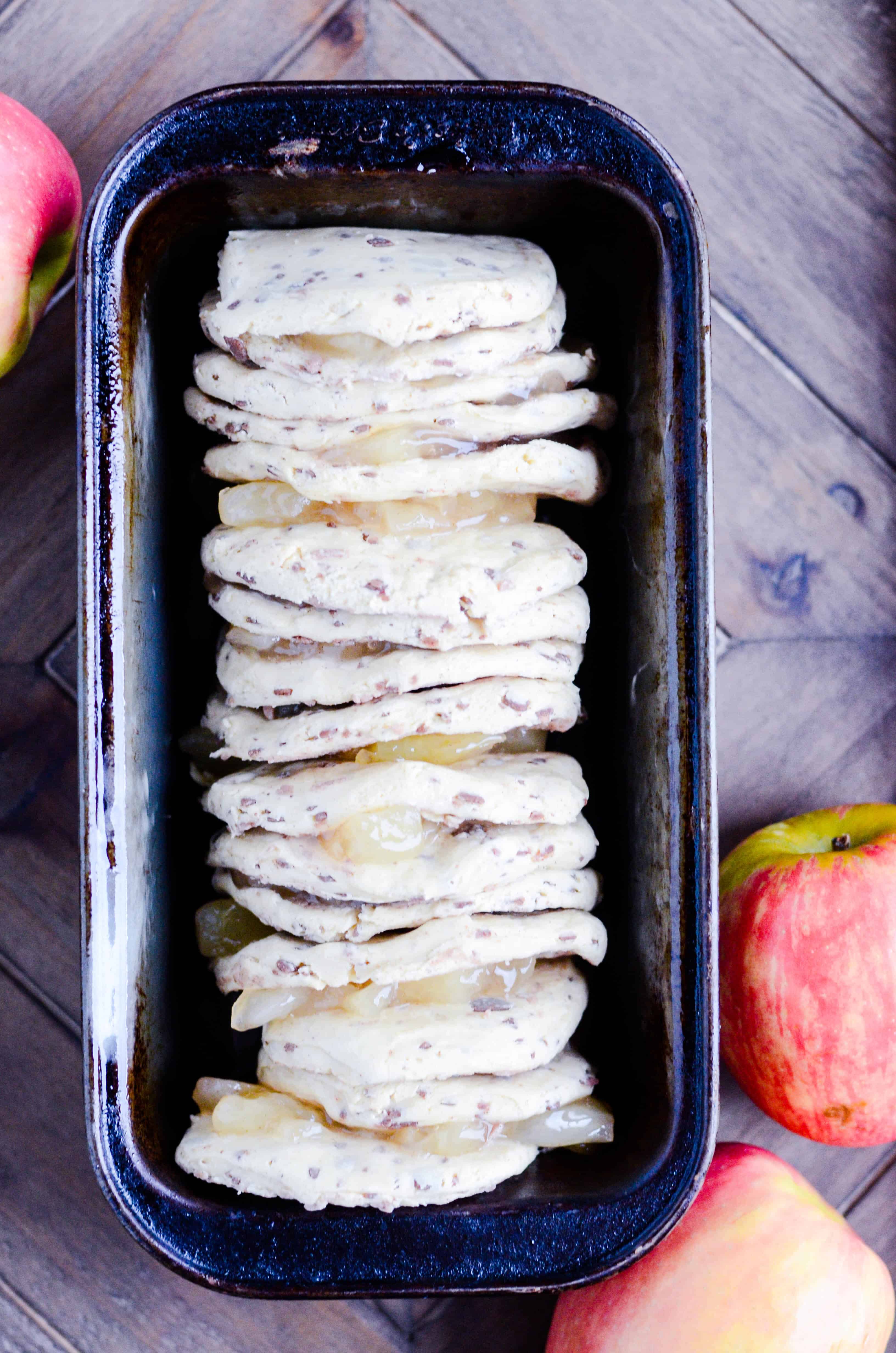 The mechanics of this pull apart loaf could not be easier.

All you'll need to do is grab three easy ingredients (2 cans of cinnamon rolls, apple pie filling, and a little extra cinnamon) and preheat the oven for 350F.

Flatten the cinnamon rolls with your hands, and simply alternate each cinnamon roll with a small spoonful of apple pie filling.

And OMG! The way your kitchen will smell while this is baking!! If you aren't already in the mood for Fall, I can guarantee that the smell of this loaf wafting through your home will do the trick. 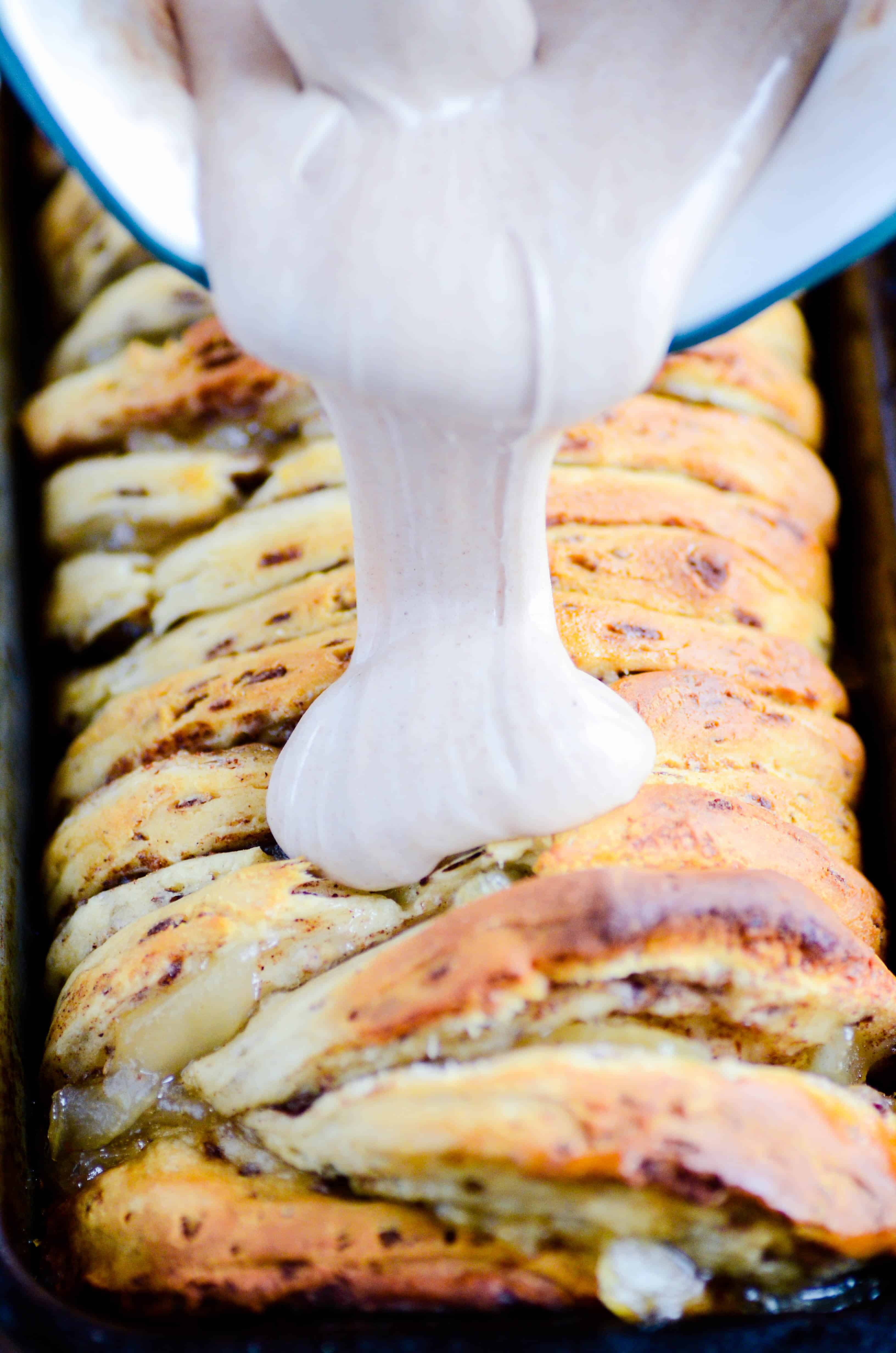 Now, if you wanted to, you could leave out that extra bit of cinnamon and make this a two-ingredient easy-peasy recipe.

But if you're like me and can't resist a little extra cinnamon, mix it into the frosting that comes with the cinnamon rolls before you spread it over the warm bread. Ah-mazing. It's like cinnamon rolls and apple pies and a donut had a baby. It's basically the best thing ever.

I think I'm finally ready to trade in my summer shades and s'mores if this is what Fall has to offer ????. 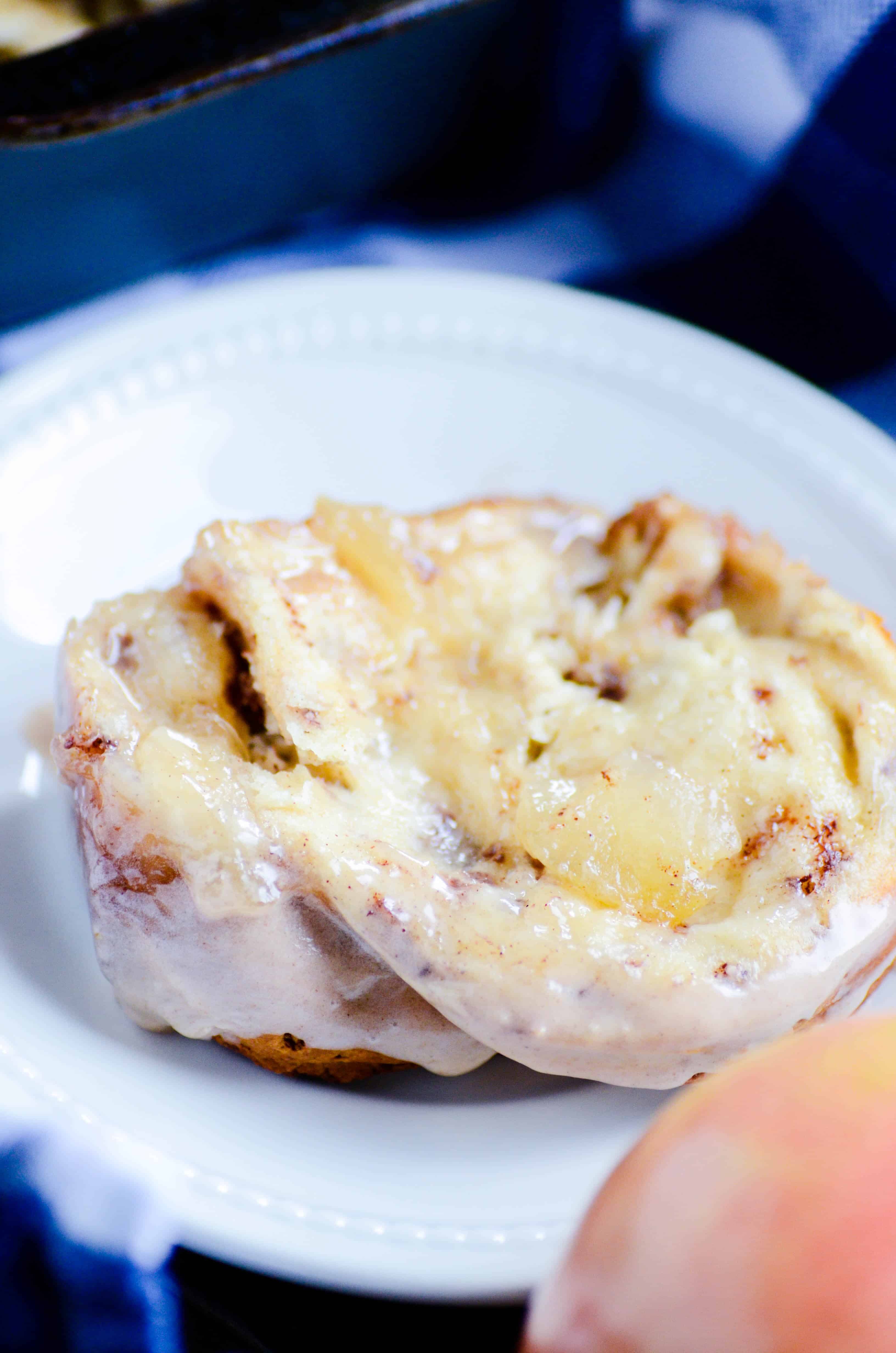