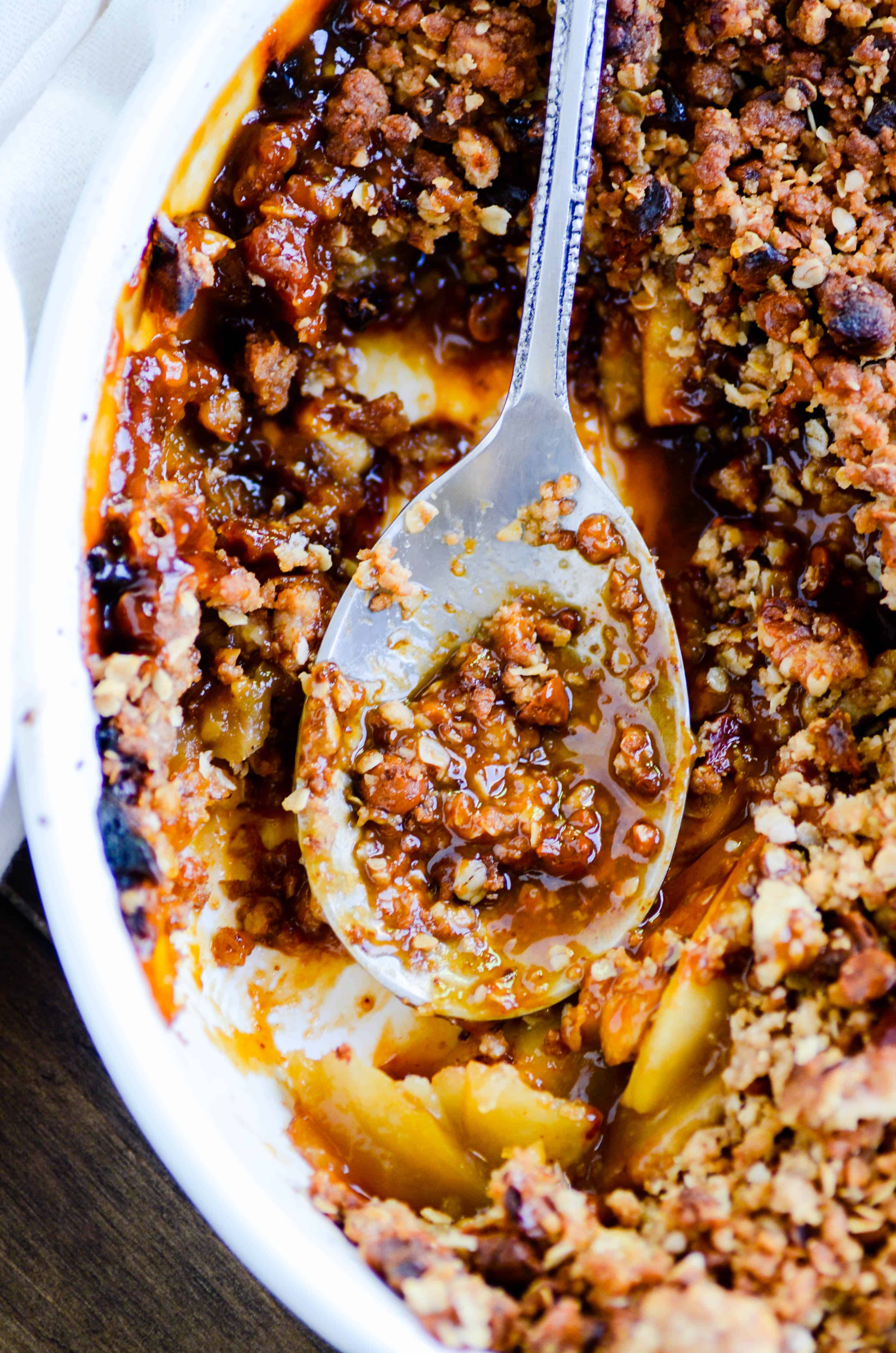 Here's a question I get a lot: “how do you control yourself around so much dessert all the time?”

Nope. I am a total glutton for anything sweet. You'd think I'd maybe get sick of all the sugar, or (at the very least) become a little desensitized. My family totally has, but I don't think I ever will. I could eat dessert every meal of the day, honestly.

So when I make a dessert that has both oatmeal and apples in it?? Well, I give myself a pat on the back. Because that's practically health food in my book! 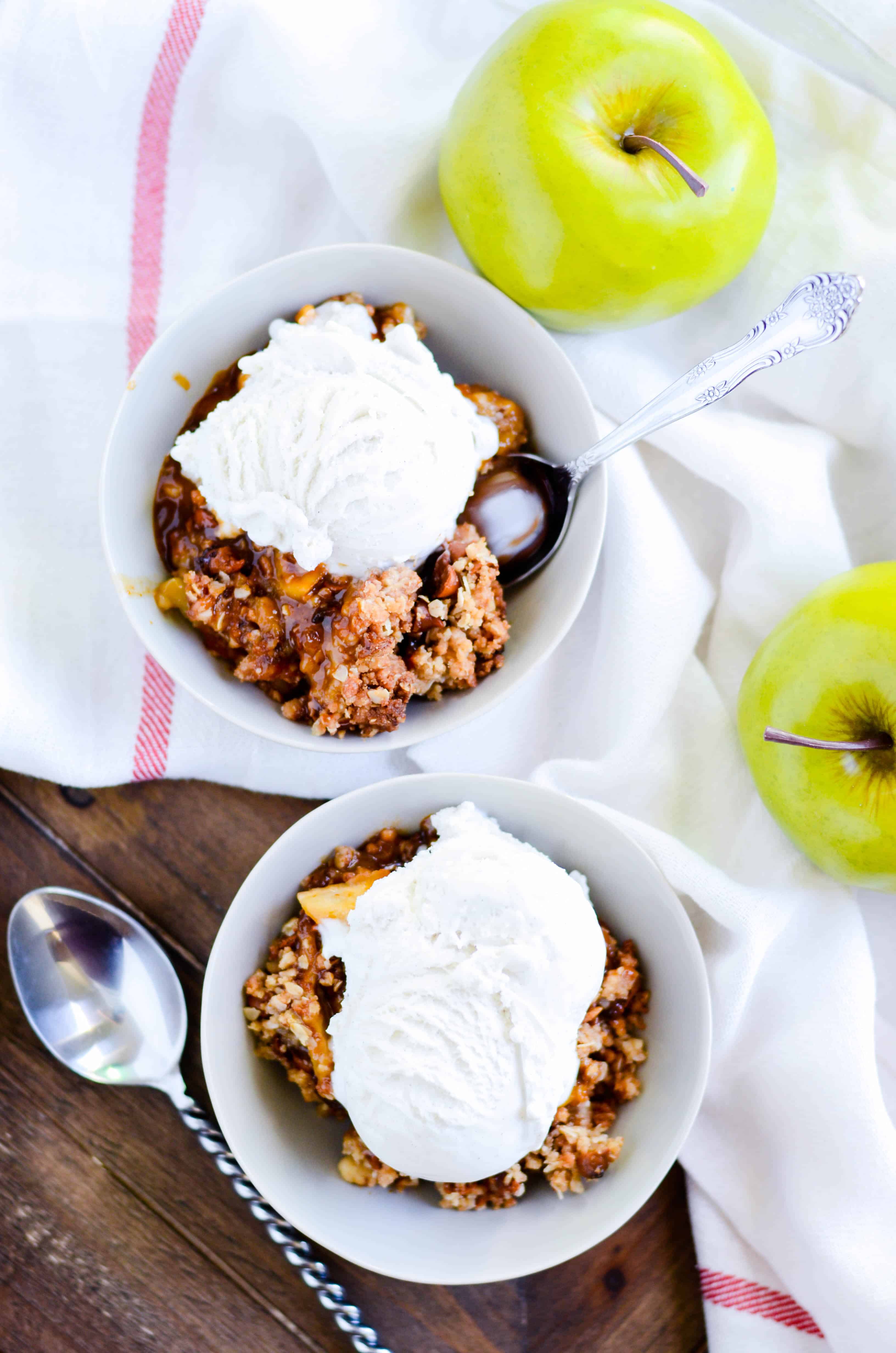 I don't reallllllllllllllly consider this health food. Not technically, anyway. But, I mean, there are apples in there. I'm just saying. ????

This apple crisp is essentially the same basic recipe I've been using for years. It's more amazing than most basic apple crisp recipes because there's a little something extra in the topping: crushed up graham crackers. Seriously, it makes all the difference! They add a little bit of extra crunch and a little bit of honey flavor that's just barely there, but really puts this recipe over the top at the same time.

So I've taken that beloved recipe and cranked it up a notch. Because today we're adding cinnamon morsels. 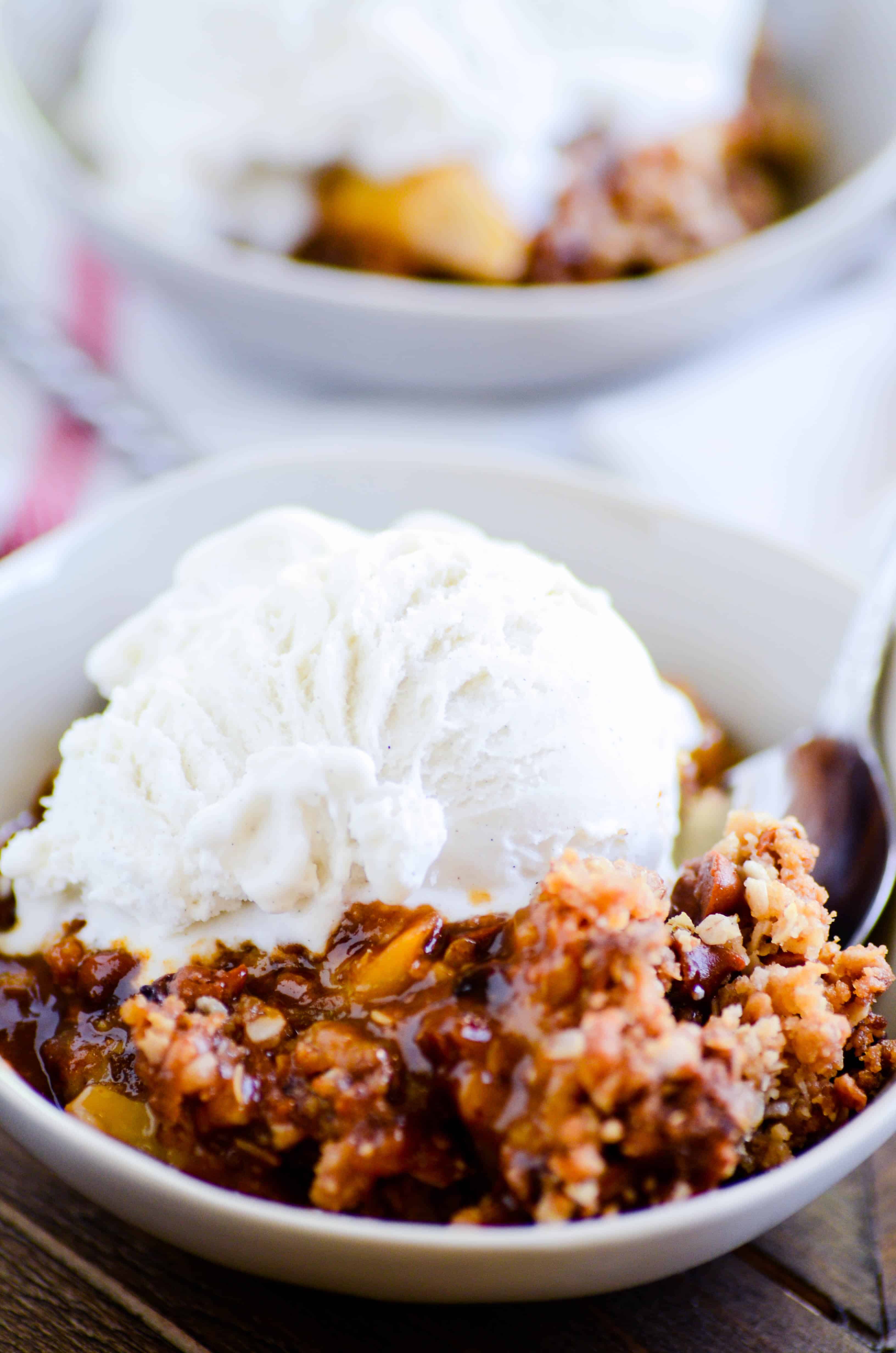 Have you ever baked with cinnamon morsels? They're just like chocolate chips, but cinnamon. I buy them at Target or Walmart right beside the chocolate chips in the baking aisle.

I love using them in bread and cinnamon rolls and occasionally in fudge. But they really shine in this recipe, because they melt down and seep into every bit of this crisp– into the crispy topping and all around the apples. It's apple crisp heaven!