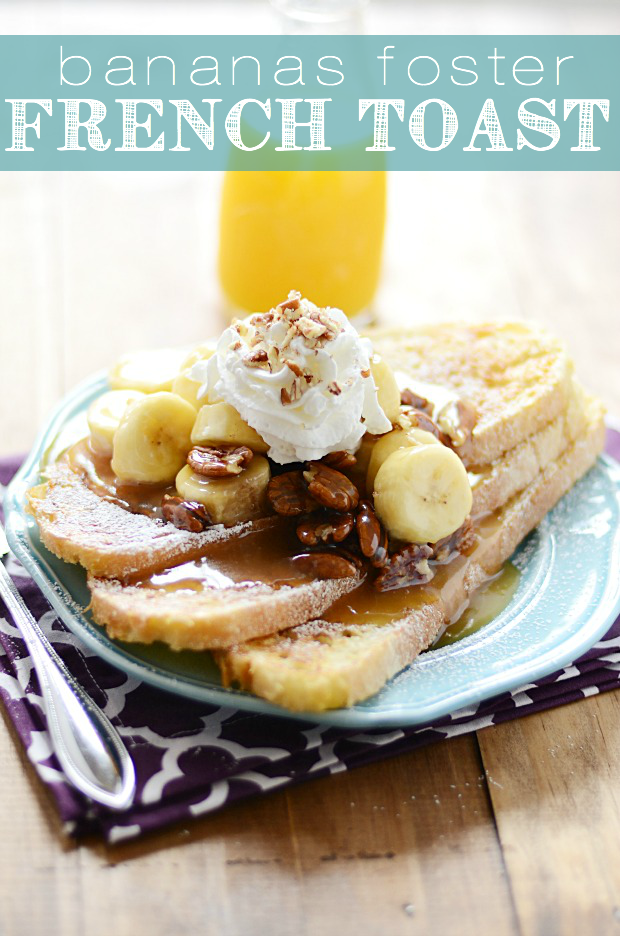 I've come to the recent realization that I probably should have more aptly named my blog: Something Swanky Breakfasts That Taste Like Desserts.

Because apparently I have a one-tracked, breakfast-centered mind. In the last week alone, I've posted Chocolate Chip Muffins, Diner Style Pancakes, Cinnamon Toast Pancake Bread, and Banana Pancakes. Seriously. I have a problem. I hear other foods exist beyond breakfast foods, but if they do, I'm afraid I don't know what they are…

And why would you even want to think outside the realm of breakfast when there are so many amazing possibilities within?! It is literally the only actual meal of the day that can feasibly consist of bread and sugar alone and still be considered a socially acceptable meal.

For instance… take this french toast.

I bought my favorite artisan sourdough bread and cooked it into a traditional french toast. I followed that up with a dousing of powdered sugar. On top of which I piled on bananas and pecans that had taken a creamy maple caramel syrup bath.

And we can still call it breakfast! And we're even including fruit and nuts here– totally nutritious. Obvs. 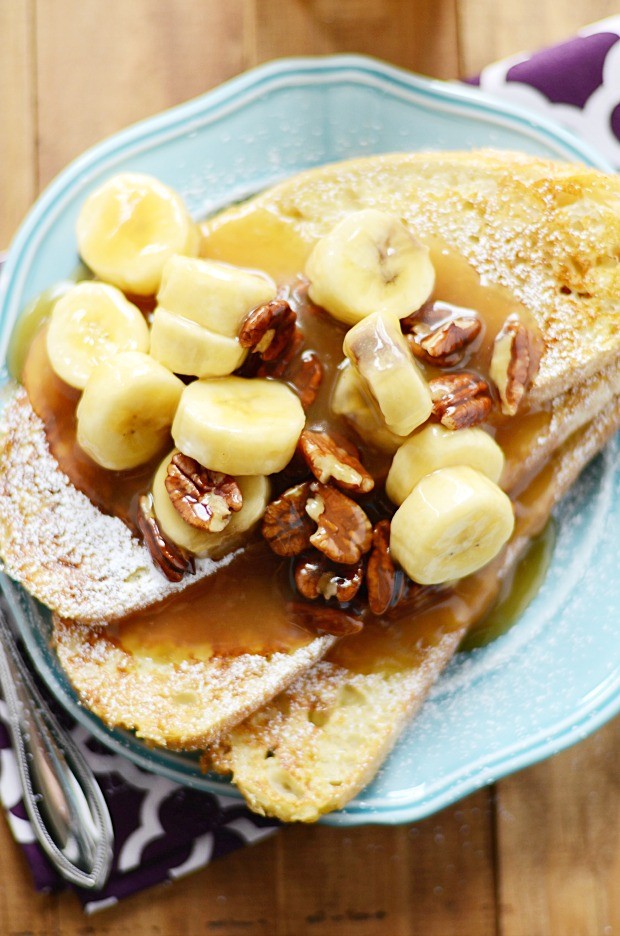 I was channeling this super-amazing bananas foster crepe dish from a local creperie that I am absolutely smitten with. It's filled with this maple cream sauce that tastes all caramel-y and dreamy along with bananas and a giant scoop of vanilla bean ice cream.

I added whipped cream to the top of this french toast, but I'm definitely thinking it should have been ice cream now…

You guys. Ice cream for BREAKFAST. You can totally do that.

For the French Toast:

For the Maple Caramel Syrup:

Whisk together the eggs, milk, and extract. Dunk a slice of bread into the mixture (flip over if needed to coat both sides) allowing the liquid to soak into the break for a moment. Place the slice of soaked bread on the griddle to cook until the first side is golden brown. It takes mine about 3-5 minutes to get perfectly golden brown using a Cuisinart griddler (you'll have to experiment with your own to find the right time).

Continue to do this with all slices of bread, flipping to cook on the other side once the first is done.

Meanwhile (I usually do this while the bread is cooking), melt the butter for the syrup on medium-high heat in a small saucepan. Add to it the brown sugar, heavy cream, and extracts. Whisk together until smooth and sugar is dissolved. Allow mixture to come to a boil and boil for 3-4 minutes, stirring only occasionally.

Once syrup is slightly thick (it will thicken a bit more as it cools), stir in the sliced bananas and pecans.

Spoon over the cooked french toast. Top with whipped cream and more pecans if desired.