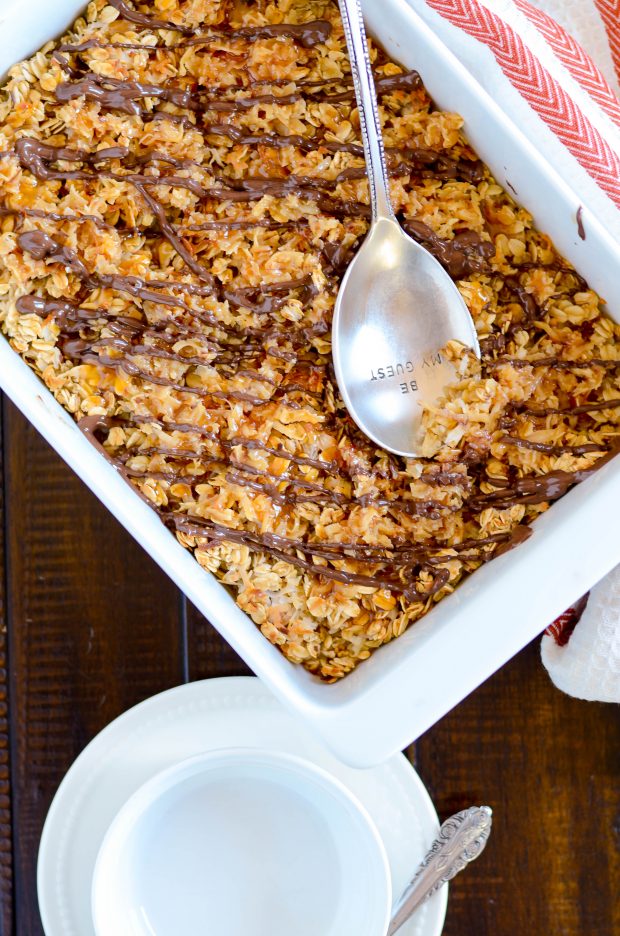 You guys. This week. This week. Is it going to end? Please? Someone tell me it’s almost over. I’m not sure I’m going to survive any more of it.

Sometimes I swear that would be enough– just to be able to turn off the noise. I think I could handle the rest of it, if I could just mute everything and plod along in blissful silence. So yeah. I’m thinking a mute button would suffice. And if I could order it on Amazon Prime, well, that would just be swell. 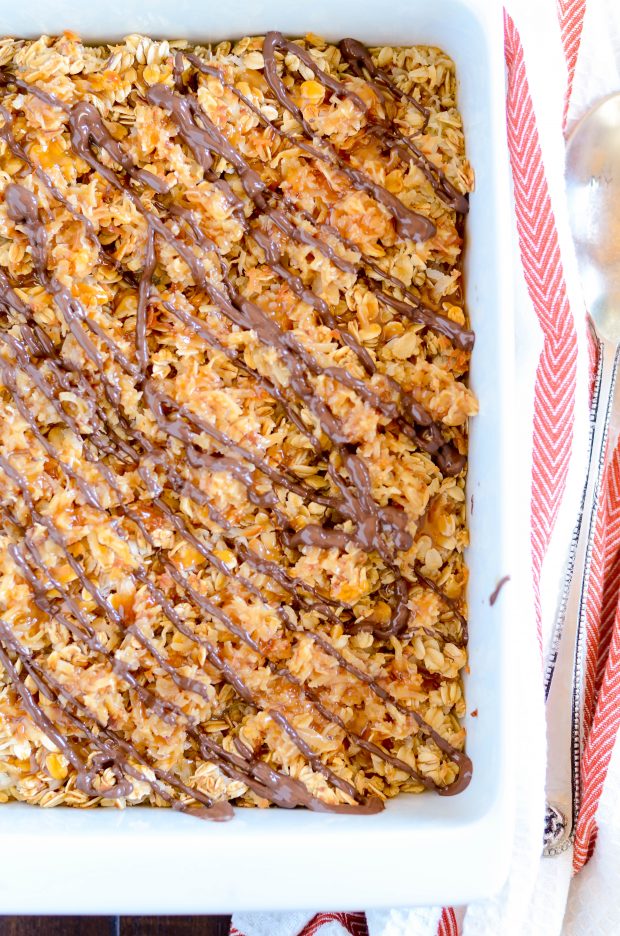 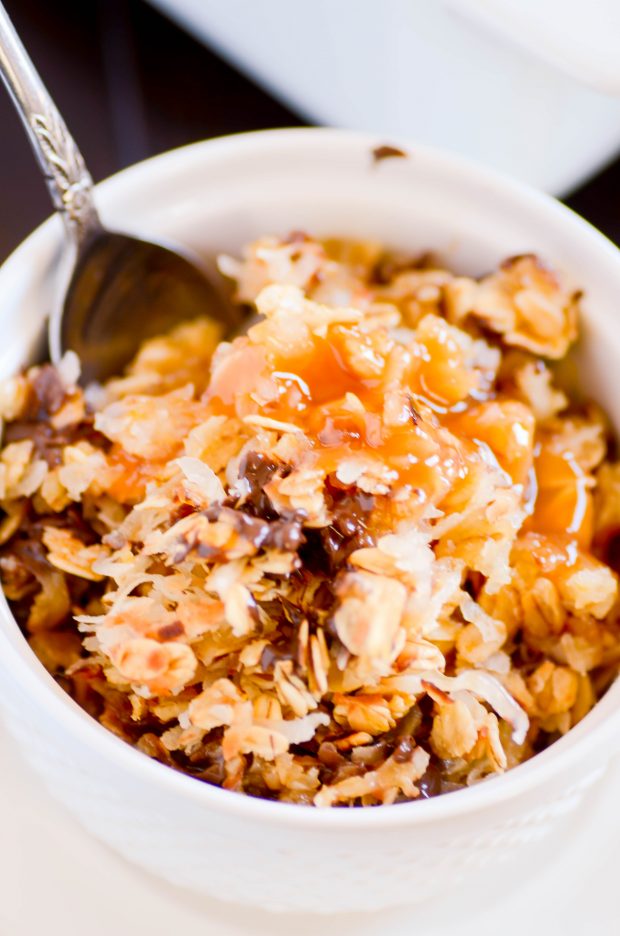 This Samoas Baked Oatmeal is a revamp of a very old, archived recipe that I am super excited to share with you today!! The original recipe was for a single-serve, microwave version, and you can still find it here.

But I like this baked version much better! Today’s rendition is simply my favorite go-to baked oatmeal transformed into an indulgent version of Samoas Girl Scout Cookies. The plain oatmeal recipe already called for coconut, so it’s a pretty natural transition to add caramel and toasted coconut to the top! And of course a chocolate drizzle. Because #chocolategoals. 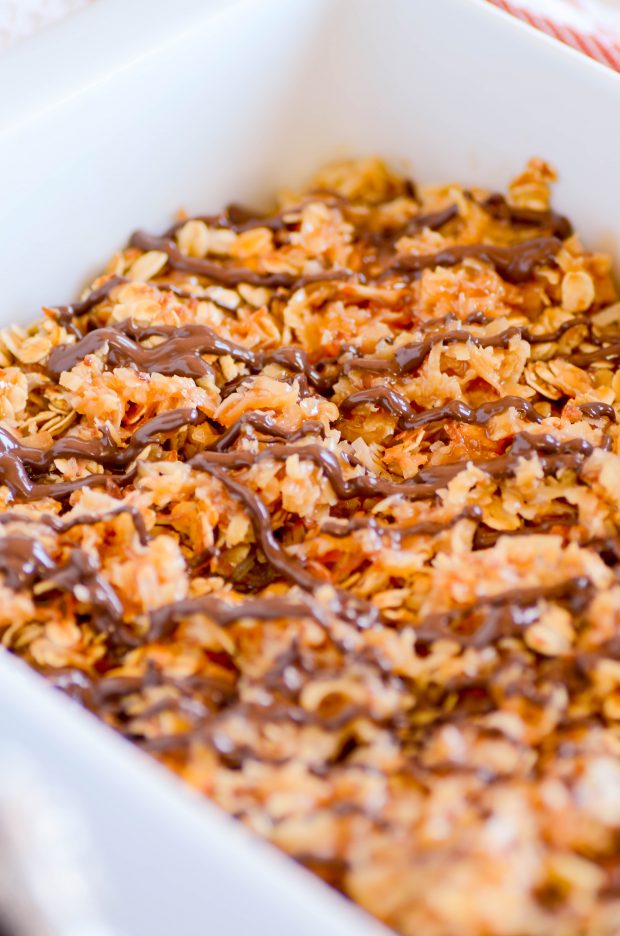 You can make the oatmeal base the night before and bake it in the morning if you want to save a little time. And be sure to toast the coconut ahead of time too. Then all you’ll have to do is mix in the caramel, and voila! 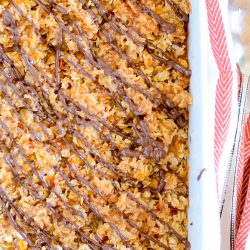 My favorite baked oatmeal recipe topped with caramel coconut and melted chocolate. It's like eating cookies for breakfast!

Preheat the oven to 350º (if you aren't preparing the night before). Grease an 8x8 baking dish.

Mix in the oats, and 1/2 cup coconut.. Pour mixture into the prepared baking dish.

Bake for 30 minutes. Meanwhile, toast the remaining 1 cup of coconut on the stovetop. Remove from heat and mix in the caramel sauce.

After the oatmeal has finished baking, spread the caramel coconut over top. Drizzle the chocolate over the the caramel topping and serve!

*If preparing the night before, cover and refrigerate over night (reserve the topping ingredients for after baking). Bake for 35 minutes in the morning. 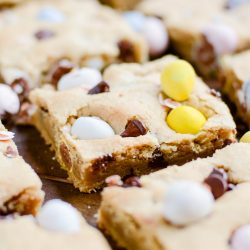 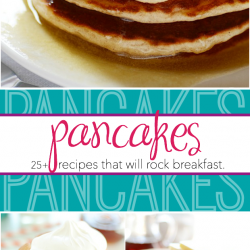 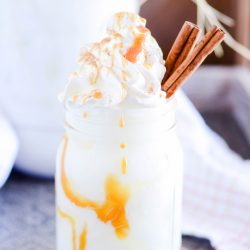