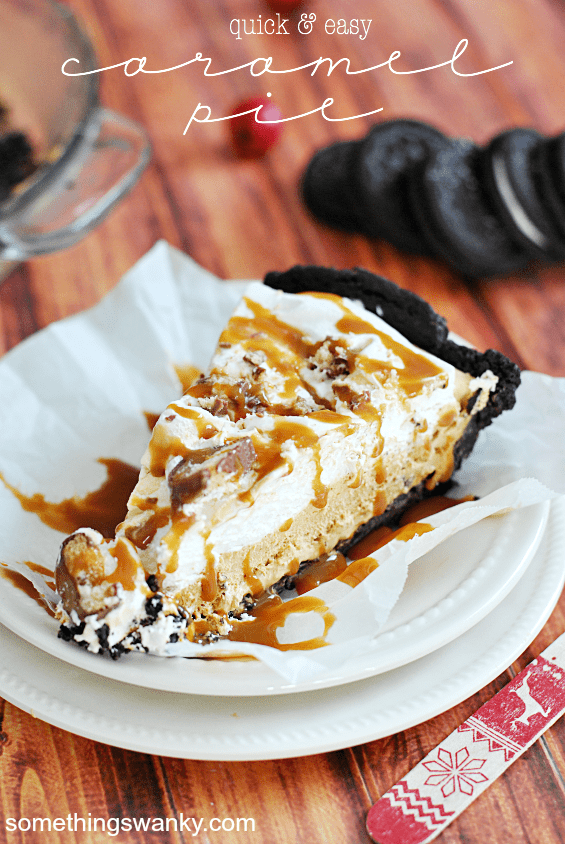 Ok. I know that I’m supposed to be getting all obsessed with peppermint and gingerbread right about now, but I have to admit that I am actually having a really hard time letting go of my beloved Fall flavors! This is why I have to start Fall baking at the beginning of August– there’s never enough time to get through all of the recipes I want to do before Christmas starts.

I could literally bake with pumpkin all. year. long. And cinnamon. Ohhhhhhh, cinnamon. I mean, I know you can still use it in Christmas baking. But somehow it’s just not the same as when you’re using it with classic fall ingredients, you know? Pumpkin… pecans… salted caramel… 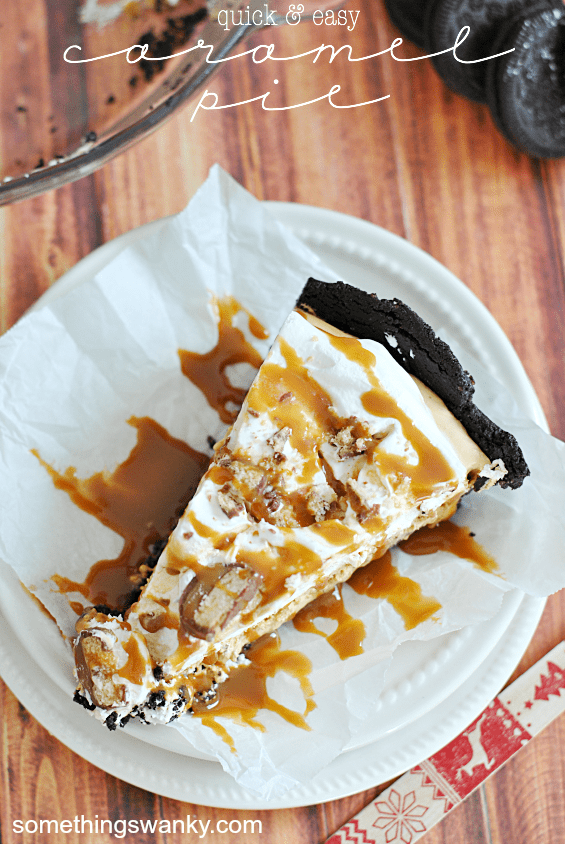 Anyway. I think this pie is my attempt to grasp onto the last moments of Fall dessert-making happening in my kitchen.

And that Christmas-printed fork is my feeble attempt to force this post into the Christmas pinning frenzy that has already begun.

…did it work? Are you pinning it?

Yeah– right there. On your Christmas dessert board. 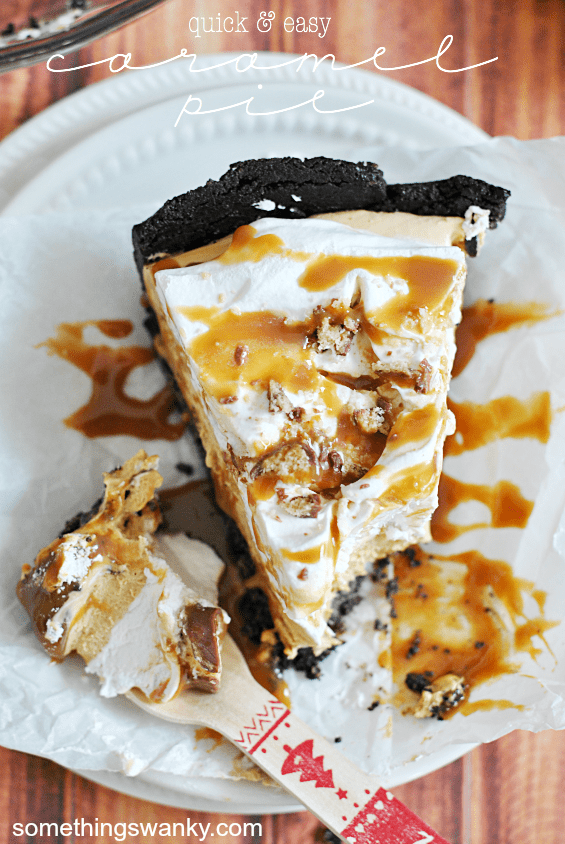 Confession: I’m being a little melodramatic about the dessert seasons changing. This pie actually isn’t just for Fall. It’s caramel, so you can really eat it any time of the year without committing any major foodie faux pas.

Another confession: I’m actually a Christmas freak. I have no qualms with turning on Christmas music in September, and I wish they made Candy Cane Hershey Kisses year-round. So who am I kidding? I’ll get 5 minutes into Christmas dessert baking and be all like, “Fall baking? Huh? Pumpkin? Wha??”

So basically… don’t listen to a word of my whining about the end of Fall. I’m thoroughly excited to start posting all about peppermint and gingerbread 🙂

Although you’ll probably catching me sneaking in another pumpkin recipe or two before the holiday season is over! 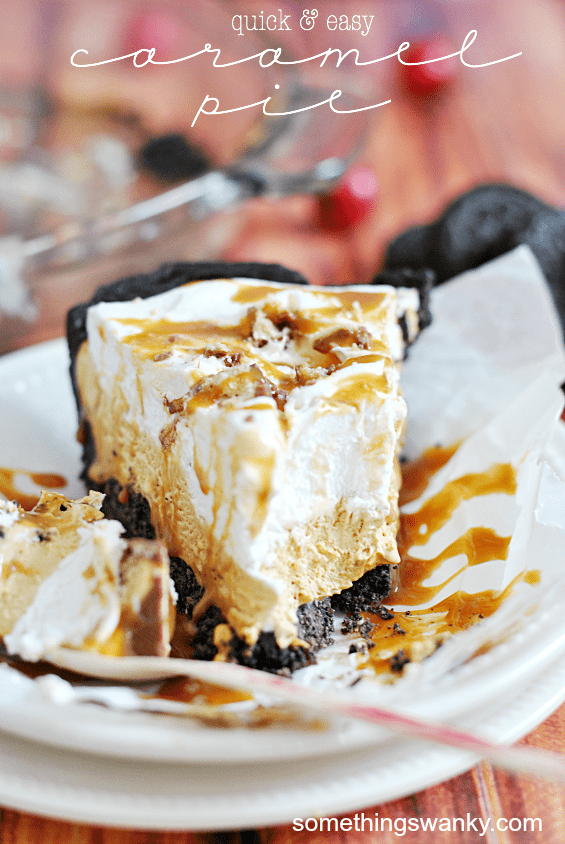 Anyway. About this pie.

It is INSANELY easy to make. It’s inspired/practically copied from this 5-Ingredient Caramel pie over at Culinary Covers. They’re not exactly the same recipe, but you could call them fraternal twins. The idea is the same: caramel + cool whip + Oreo pie crust = the-easiest-pie-you’ve-ever-made-that-people-will-think-is-super-fancy-and-decadent.

I also added some chopped up Twix as a garnish. We had some laying around from Halloween (which is, uh, completely true…  I totally did NOT already have a massive basket of fun-size Twix bars just sitting in my office for months before Trick-or-Treating), and I thought they’d be a yummy addition!

It took about 10 minutes (if that) to throw together, and then I chilled this in the fridge for about an hour before serving it to company. And it was super delicious.

But then I froze this last slice (in the photographs) overnight and discovered that this pie is actually COMPLETELY AMAZING when frozen. So I definitely recommend freezing it if you have the time. It seems to tone down some of the sweetness while enhancing the flavor at the same time, and I think I actually prefer the texture frozen over thawed as well.

But if you don’t have the time to freeze, seriously don’t even worry about it. It’s going to hit that caramel-craving spot no matter what, and people are going to love it!!

Connect with Something Swanky!

Be sure to check out these other great recipes!