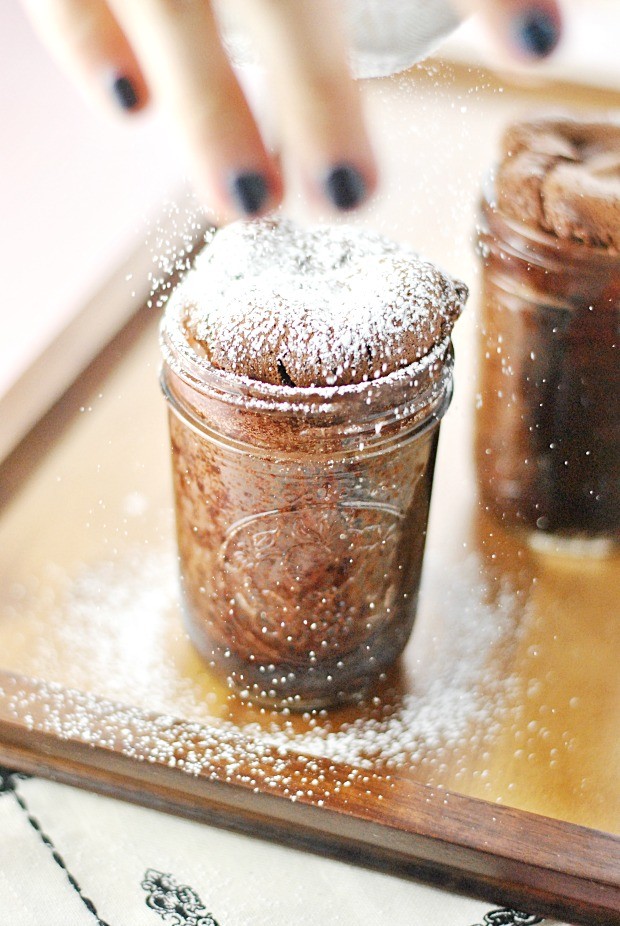 I'm not sure why or how, but for some reason I recently decided that I needed to try a chocolate souffle. Maybe I glanced at a photo of a souffle on Pinterest? I don't know what it was. But out of the clear blue, the craving hit me.

To be honest… I didn't even know what a chocolate souffle was. I had a vague, fuzzy idea that it was probably kind of like a chocolate lava cake. But fancier?

So I did a little research… 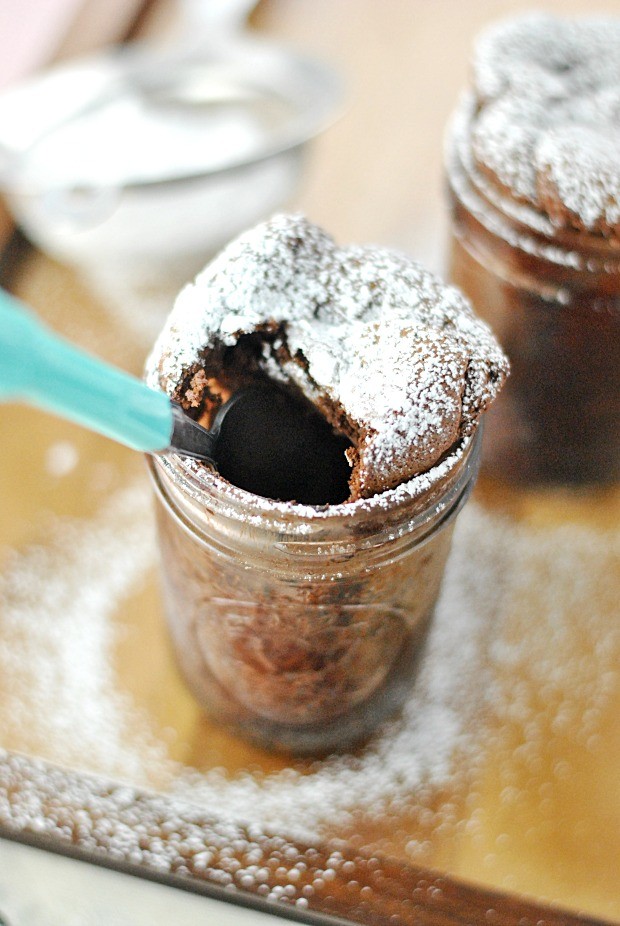 As it turns out, chocolate souffle is like a chocolate lava cake in that it is a chocolate cake frequently served in a single serving size and has a fancy reputation.

Otherwise, there actually are a couple of notable differences:

1. A souffle is light, airy, and fluffy. So much so that it actually deflates a few minutes after baking. A chocolate lava cake is usually quite dense and holds the same shape even after it's cooled.

2. A souffle is baked all the way through. A chocolate lava cake is not, which is where that hot fudge-y center comes from!

Now, there are fancier ways to make a souffle than the route I took. Most recipes will suggest using an actual ramekin (as opposed to a mason jar), and many of them will even recommend using souffle baking sleeves or parchment paper to give that nice, neat, tall look that souffles are famous for having.

But…. I was a little lazy. And I was curious to see if I could make these a little less fancy and a little more realistic. Turns out, it's no big deal to take the less-fancy route. Sure, I had a little overflow that a parchment sleeve could have prevented– but it wasn't a big deal, and I really think I could have just used a larger jar and been just fine.

The still turned out wonderfully fluffy and delicate and perfectly chocolate. 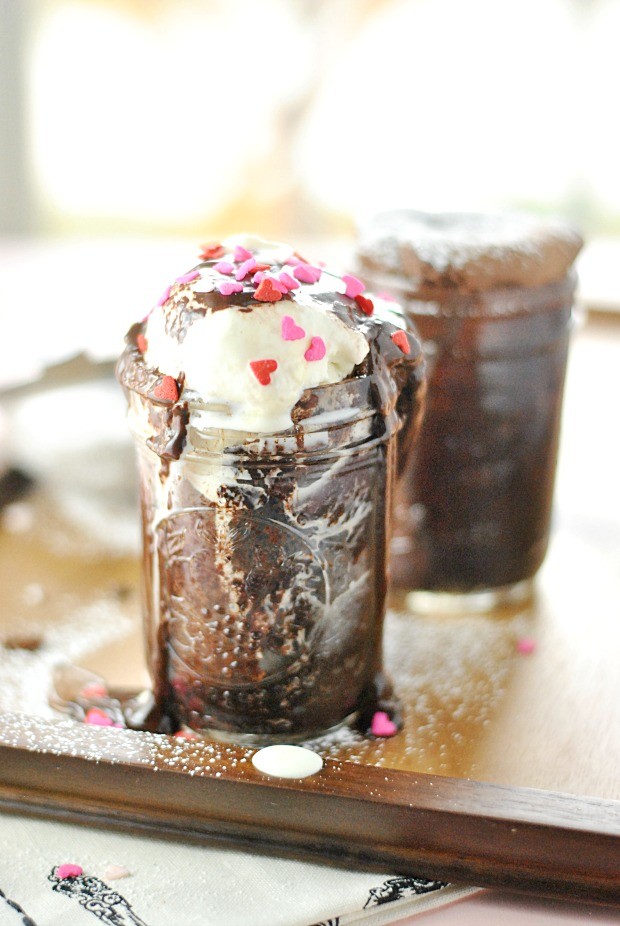 And perfect to eat a la mode too (as nearly everything is)!

Grease two 8-ounce ramekins (or jars) with non-stick cooking spray and use the cocoa powder to dust the inside of the jars.

In a large bowl, microwave the chocolate and butter for 1 minute. Stir until melted and smooth, microwave for additional time (in 30-second increments) if necessary to melt.

Whisk in the vanilla. Then whisk in the egg yolks one at a time. Set aside.

In a large bowl, beat the egg whites, sugar, salt, and cream of tartar until still peaks form. Gently fold the egg white mixture into the chocolate. Spoon into the ramekins.

Bake for 20 minutes, until puffed and set. Serve immediately (will deflate within 5 minutes of removing from the oven) with powdered sugar, whipped cream, or ice cream!