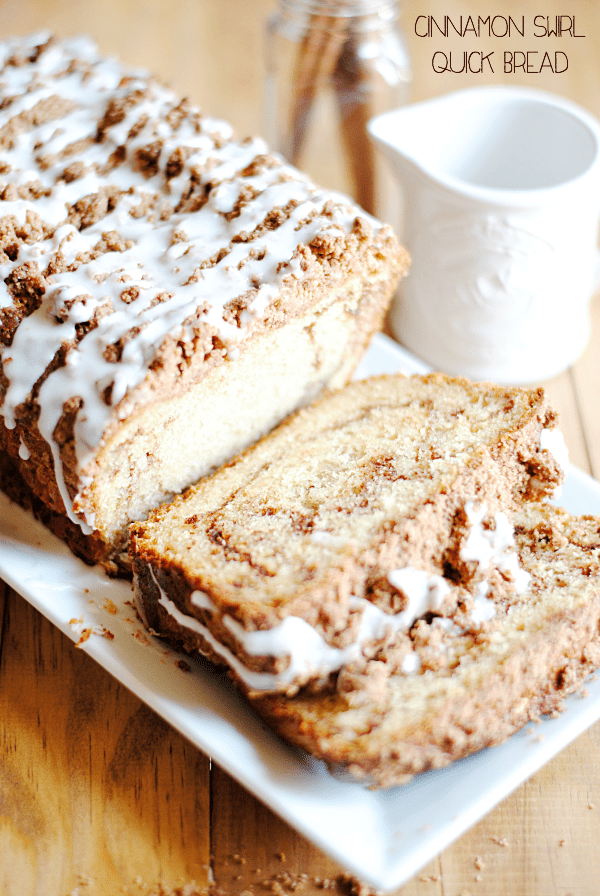 Quick Breads are great for all sorts of reasons. Of course, the obvious: because they're quick. With no yeast involved, you get the benefits of eating freshly baked bread faster. Plus there's none of that pesky omg-is-it-gonna-rise-right??? business. Definite perk.

Another benefit? It sort of has a cake-like texture. And when you're making a sweet quick bread (like this one), it tastes like you're eating cake! But it's actually bread. Which means you can eat it for a meal (it's totally breakfast appropriate!) and stuff… we're all on board with that, right?

This bread is so easy to make (even my 4-year old can handle it!). You don't even have to swirl anything– the swirls will happen naturally in the layers as the edges of the bread rise in baking before the center does. Cool, huh?

Oil and sour cream make this bread incredibly moist and soft (and bonus– you can even use plain or vanilla Greek yogurt in place of the sour cream for a little added protein). And while the cinnamon crumble and the simple glaze on top are totally optional (it's still delicious without), they add some extra cinnamon and sweetness that really put this loaf of bread of the top!

For the Cinnamon Swirl:

For the Crumble Topping:

For the Simple Glaze: 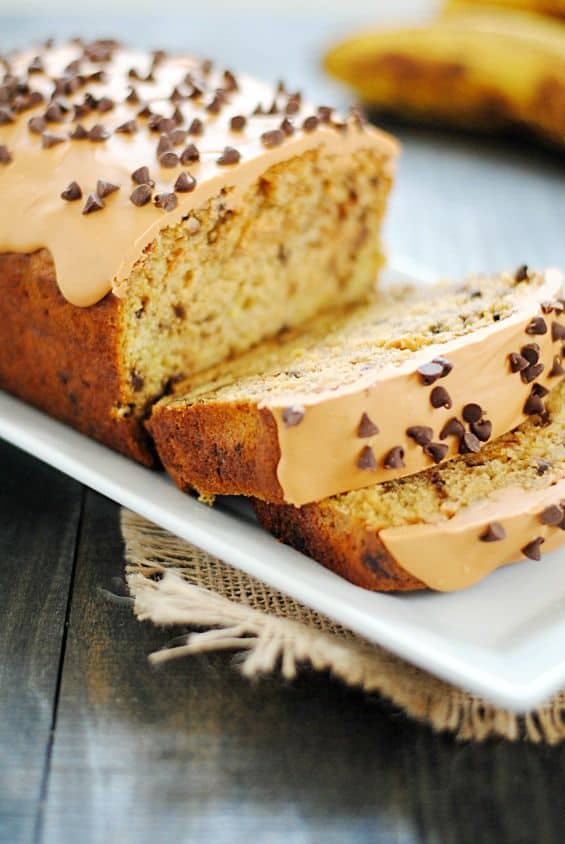