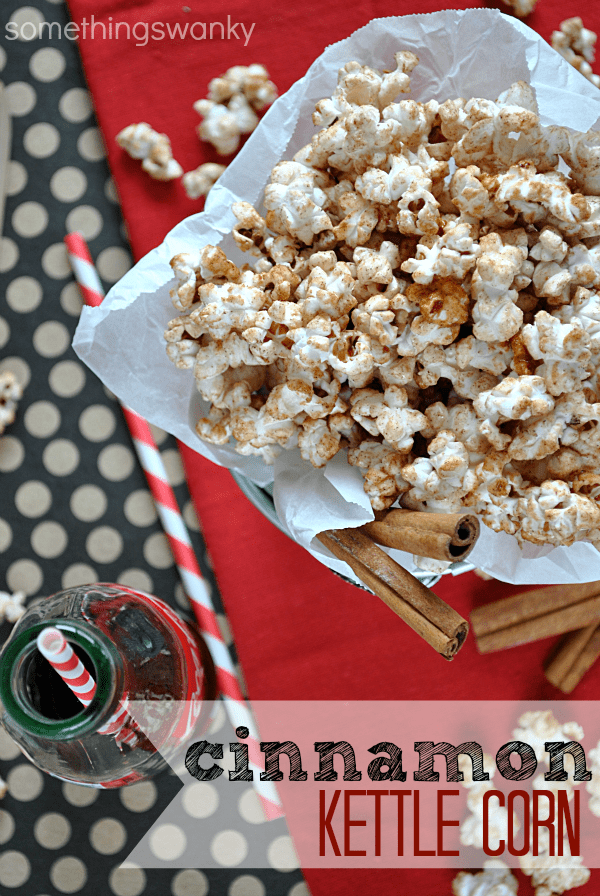 I have a serious soft spot for Kettle Corn. I'm even on board with the diet-y microwave kettle corn (which my husband hates). But the real stuff? Ad when it's fresh? With the sugary, crusty, crunchy coating on each buttery kernel?

It's absolutely unreal. I could eat it by the fistful all. day. long.

I added cinnamon to this recipe, and it was great. It totally adds a new dimension of flavor! But honestly, I think you could just make it a plain kettle corn batch and it would still rock your socks.

I highly recommend whipping up a quick batch of this for your next home movie night! (or sneak it in the theater– it's totally worth breaking the rules for!!) 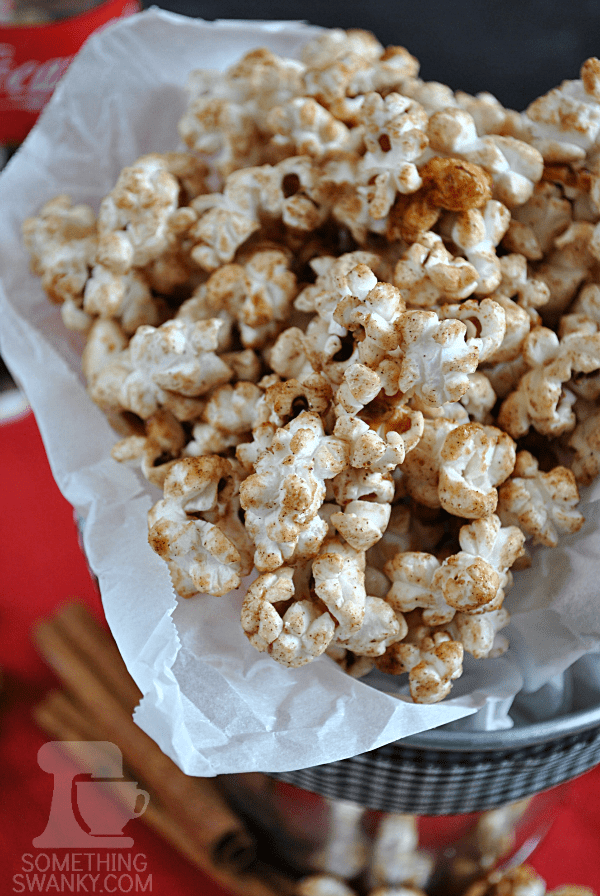 Recipe adapted from: Chew Out Loud