The easiest roll-out pie crust I've ever made. 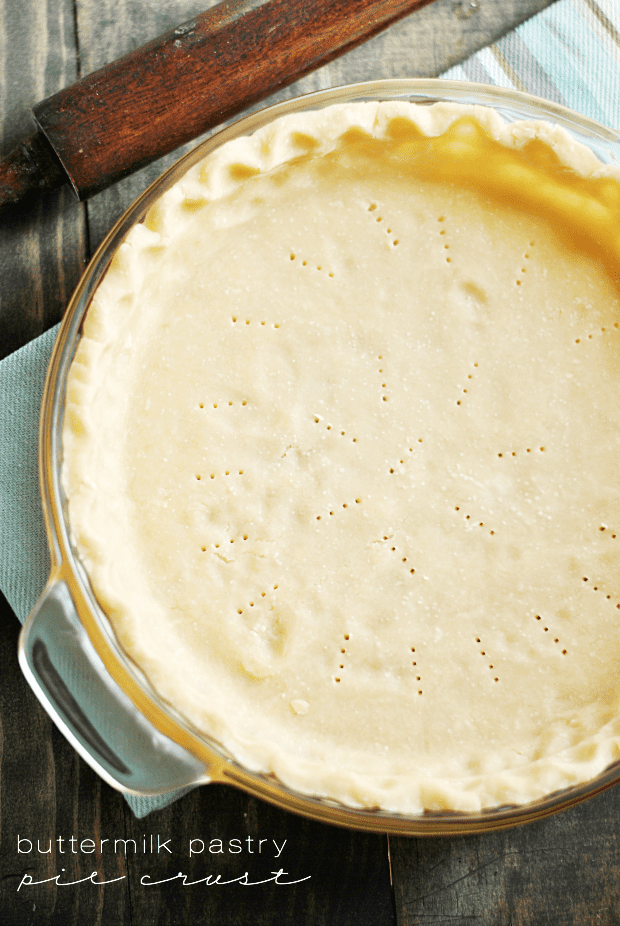 Pie crust is not my thing, to say the least. I love to eat it, I think it's beautiful, and I have an enormous amount of admiration for those folks who are able to make a flawless butter pie crust.

Unfortunately, pie crust-making is just not a talent I'm possessed with. I came to terms with that a long time ago, and 99.9% of my pie recipes call for using a pre-made Pillsbury pie crust. And I'm fine with that. No shame. Really.

But I swear, every single time I have the urge to make a pie, I don't have a pie crust in my refrigerator. And I just can't talk myself into the ordeal of going to the grocery store for one little ingredient. So it has become increasingly necessary, as I've continued blogging, to find a pie crust that I can successfully make from scratch. 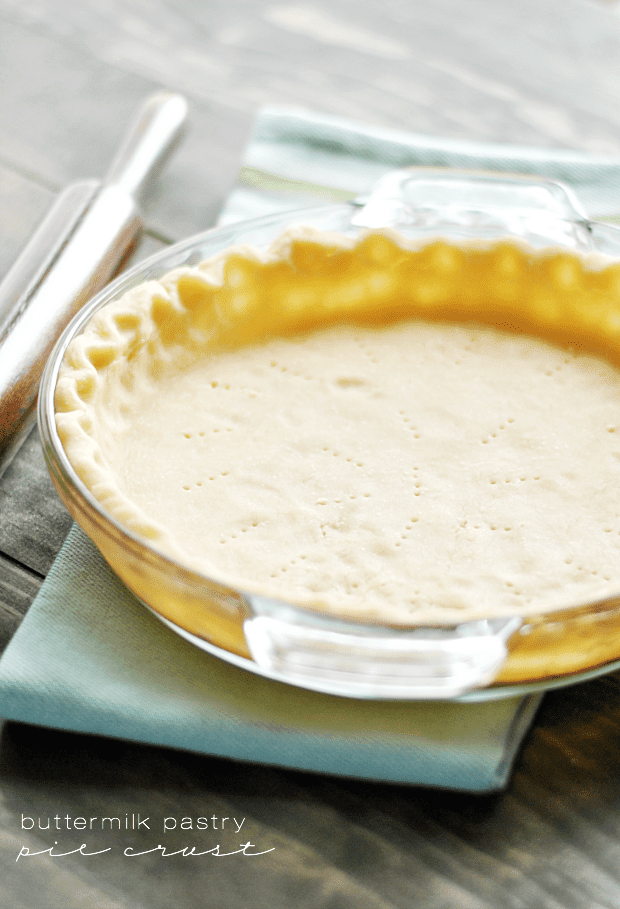 I don't know the rhyme or reason why… but this one works for me.

So if you're like me, and the art of pie crust-making has eluded you… give this one a try! I like that it's a little softer to work with; I've found that it cracks less when I'm rolling it out. And I also like that I can skip the rolling part if I want and just use my hands to press it into the pie dish (it's a little less pretty, but it works when I'm feeling lazy).

I hope you find this recipe to be as helpful as I have! Happy pie-making-eating season!

In a medium bowl, mix the flour and salt. Cut in the shortening and butter using a pastry cutter or fork.

Mix in the oil and buttermilk with a fork until flour mixture is moistened. Use hands to knead and form into a ball.

Place the dough on a floured non-stick surface. Use your hands to press and shape the dough into a round, flat disk. The more pressing you can do with your hands (instead of a rolling pin, the better).

Use a rolling pin to gently smooth and roll out the out the pie crust into a 9-inch circle (I sprinkle a little flour on top too-- just don't mix the flour INTO the dough or it will be too dry).

I know some of you may not be thrilled about the shortening and oil in the pie crust, but this is the combination of ingredients that I have had success with. All-butter crusts have conspired not to cooperate in my kitchen. However, I can assure you that this recipe makes a deliciously buttery-tasting and flaky crust!