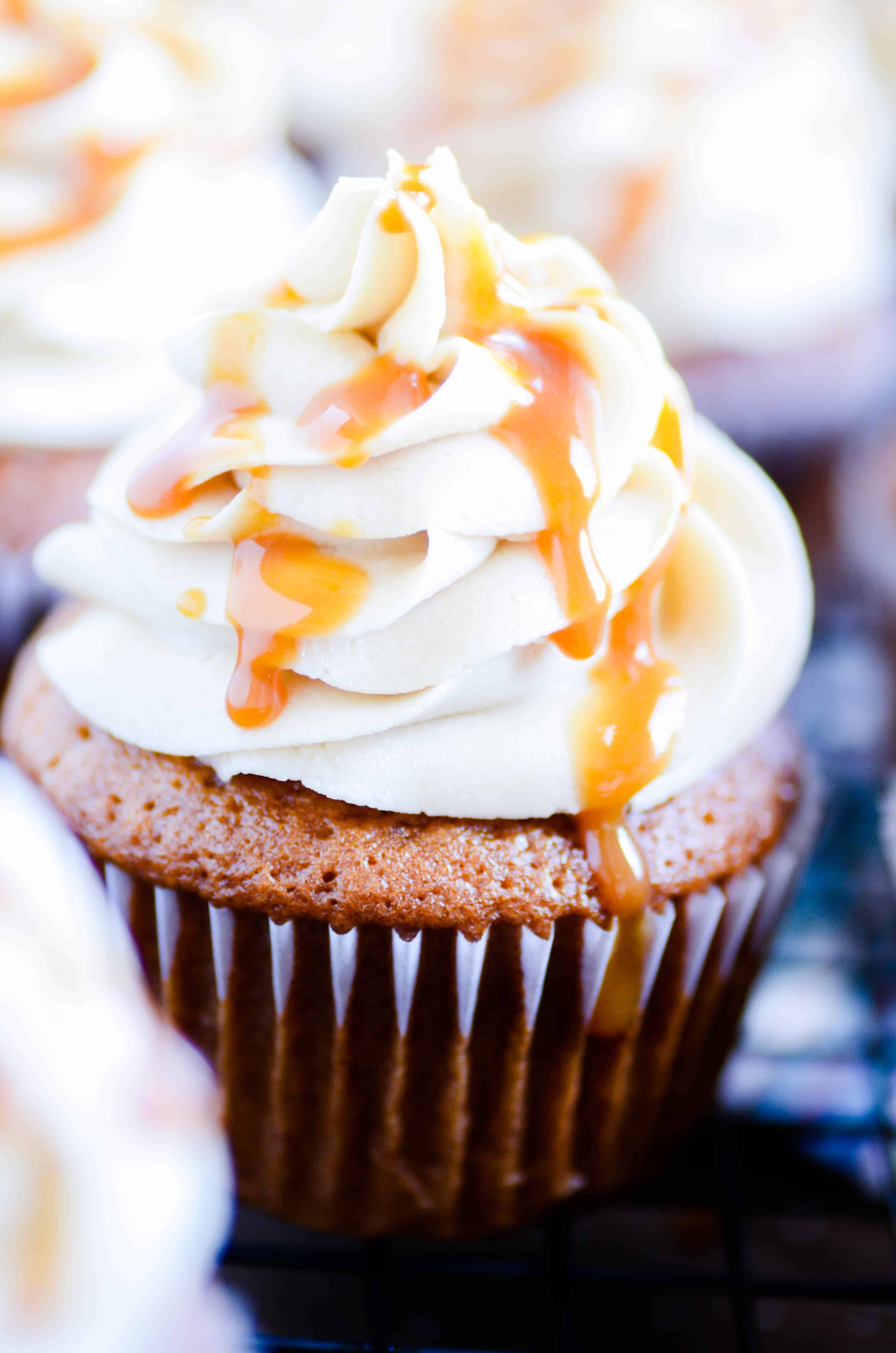 I think most of the world is in agreement that this is the BEST time of year for baking. My kitchen is filled with Fall aromatics like pumpkin and cinnamon and apples! There's nothing cozier than that. 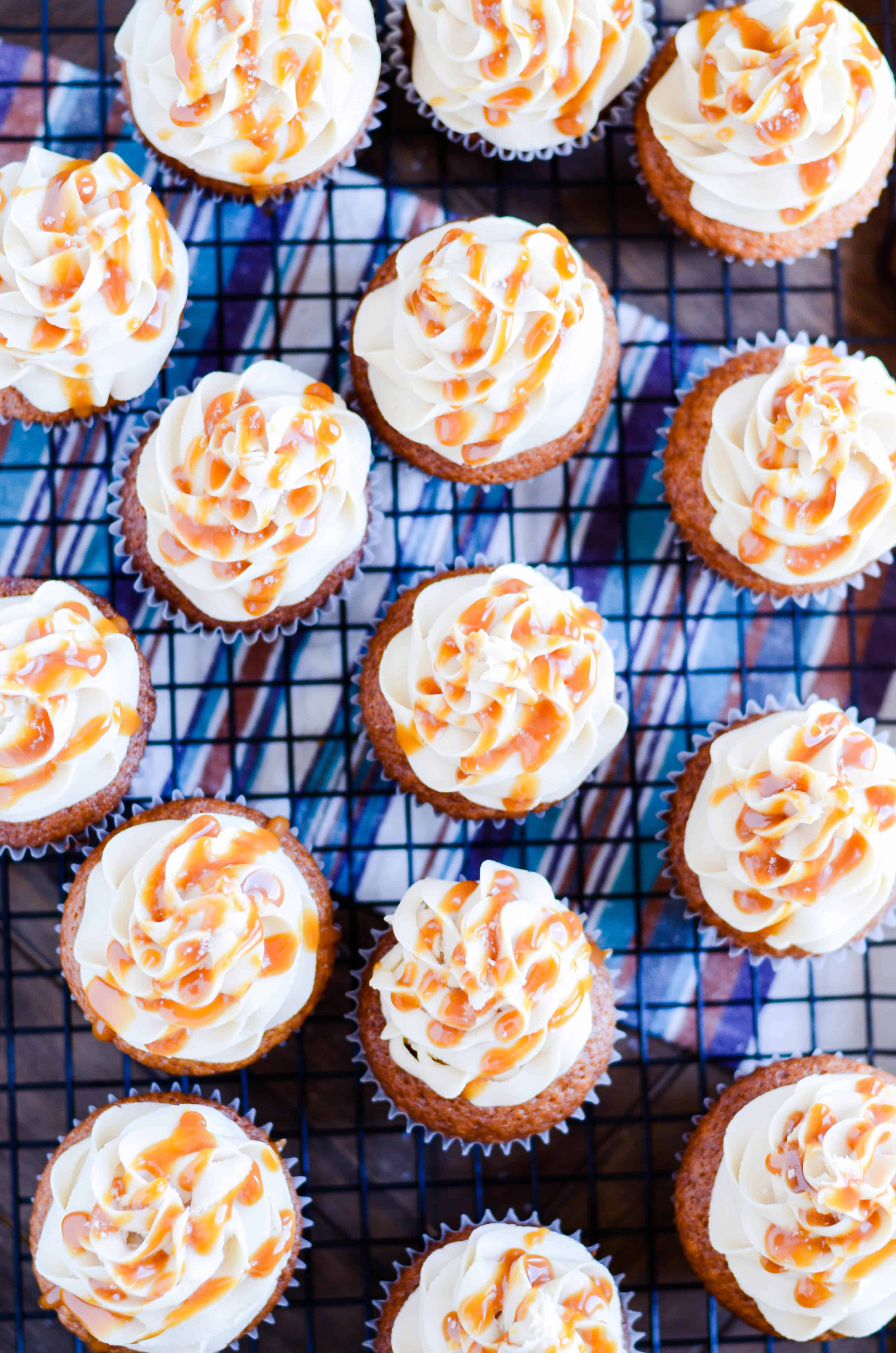 This is an old, old recipe from that blog that has long past deserved an update– both in photos and the recipe. I first posted this back in 2011, when Something Swanky was just barely breaking into the blogging world.

These cupcakes quickly gained popularity, but the original recipe had a lot of problems (as evidenced in several of the comments below ????). Mostly in the frosting department. The original recipe called for melting Kraft caramels and mixing the melted caramels into a buttercream.

I've since tested multiple methods for making salted caramel buttercream and have decided that there is no shortcut. You can't use jarred caramel sauce. And you can't melt down caramels. You really do have to make homemade “caramel” from scratch to make the buttercream work out just right.

The good news is: it's really, really easy. And really not a big deal. Like, I'm not sure why I bucked so hard against doing that in the first place! 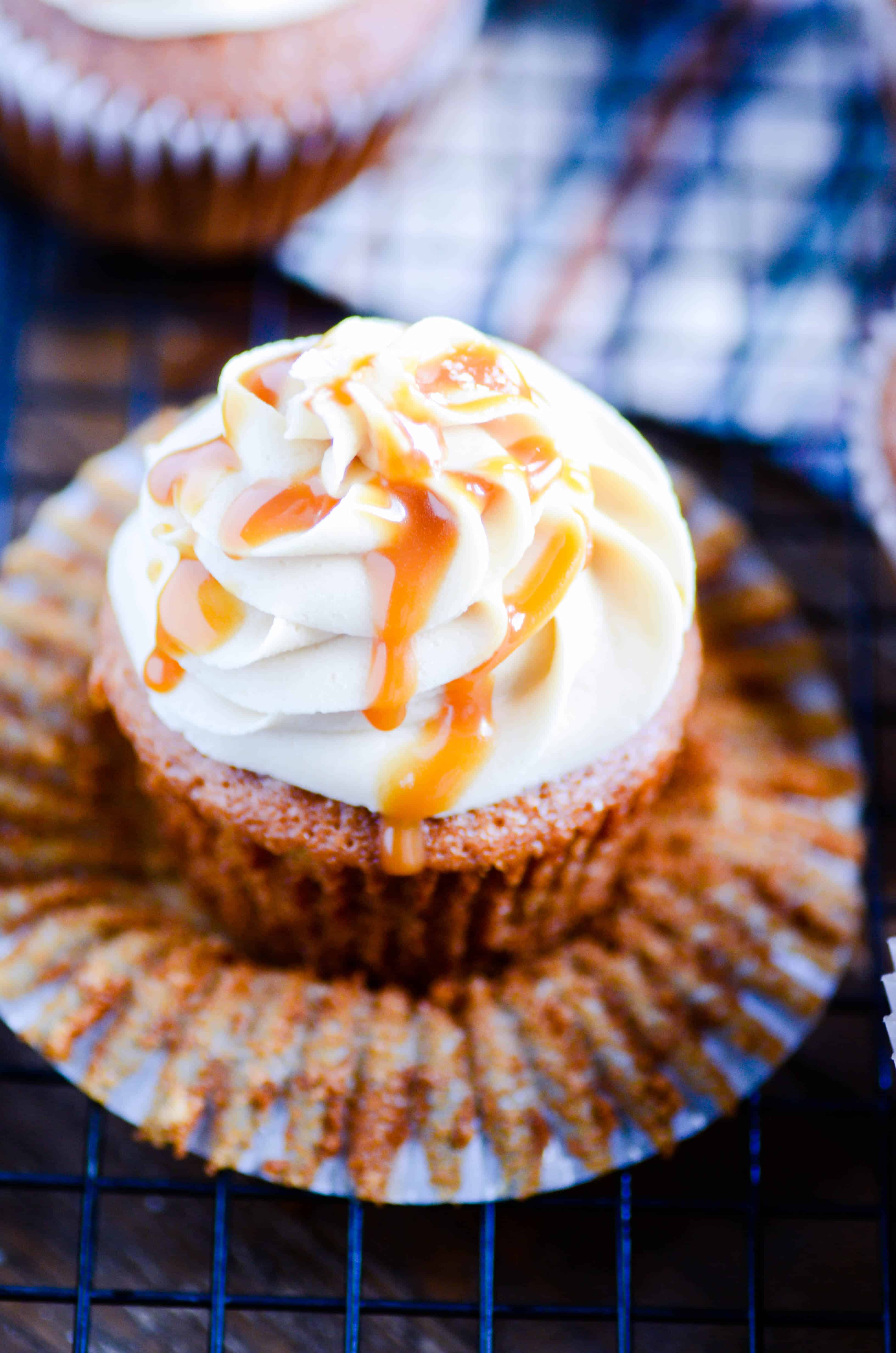 Not to let the salted caramel buttercream completely steal the show here, let's talk about the apple cider cupcakes underneath.

I love these cupcakes. I think they're a little muffin-y in the taste, almost bran-like. Which is interesting, because the recipe doesn't even use whole wheat flour. But all the same, it has an oaty, harvest-y (is that a word?) type flavor to it. It's hearty, but light and fluffy at the same time.

It pairs in a beautiful, cozy way with the caramel frosting. 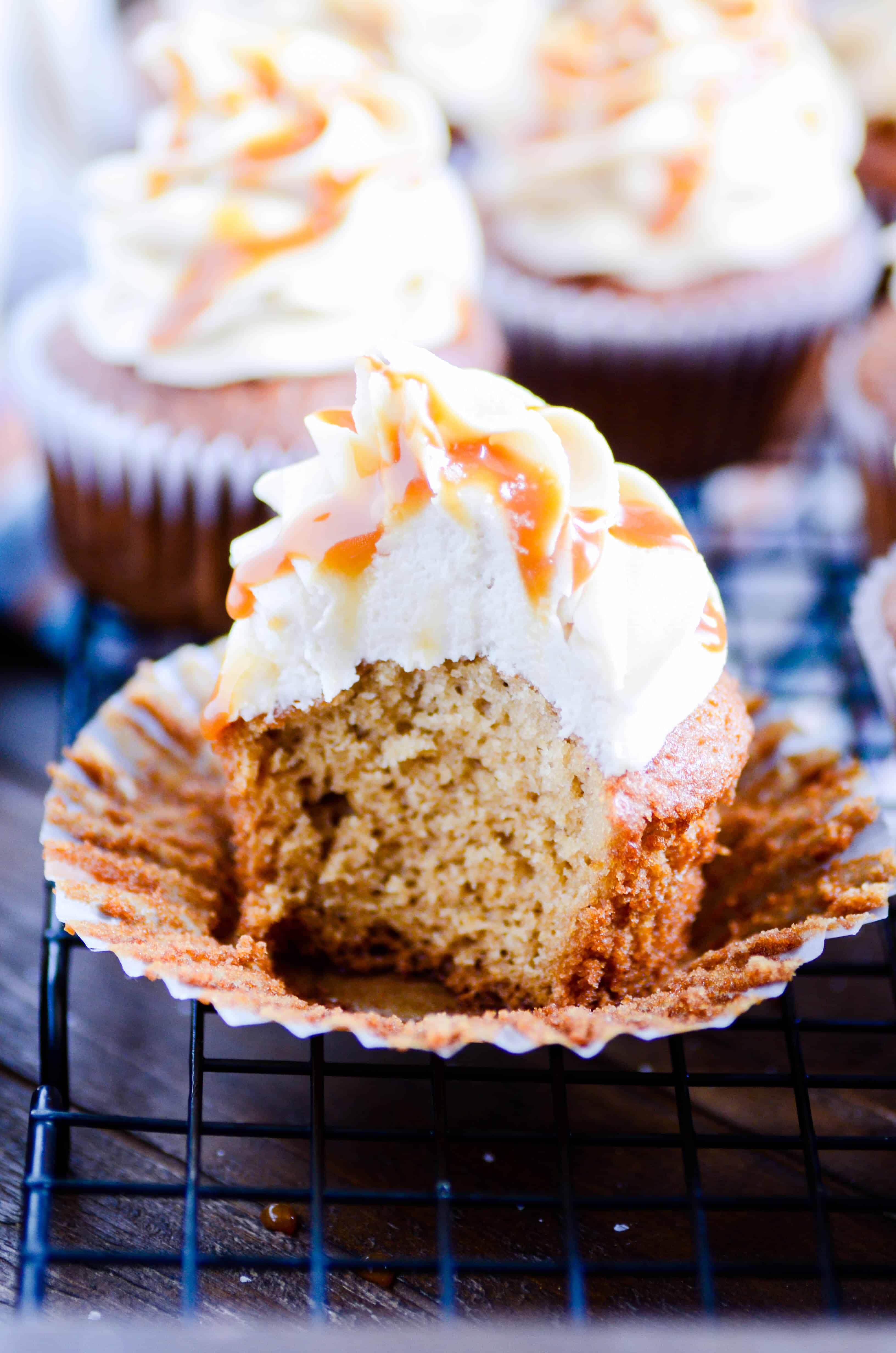