Thick and chewy snickerdoodles are so easy to make from scratch! These are warm and fresh from the oven in less than 25 minutes. 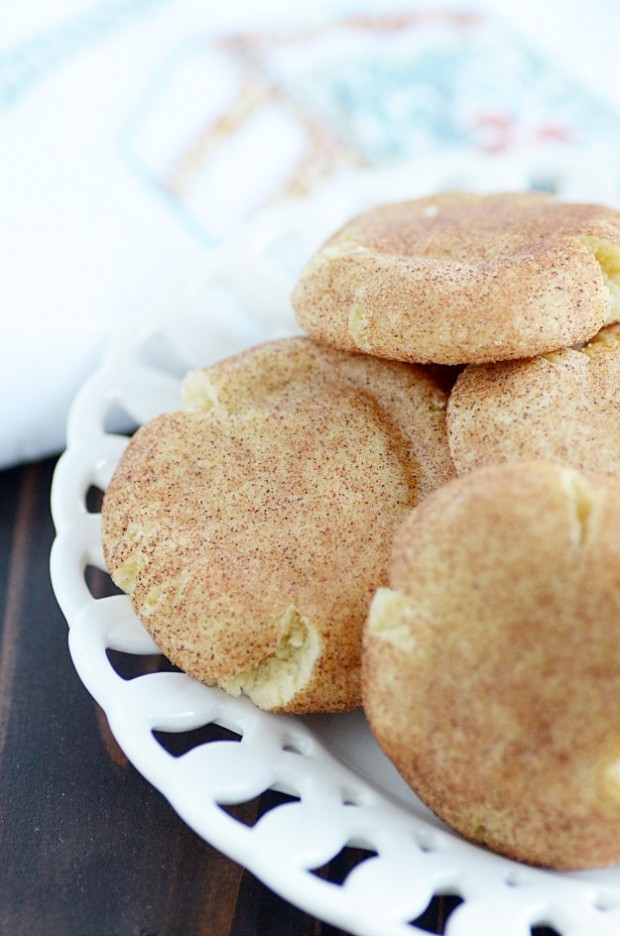 These are the softest, dreamiest, buttery, pillowy snickerdoodles on the planet.

Have I tried all the snickerdoodles on the planet? Well, no. But it's really hard to imagine that there are any out there better than these. 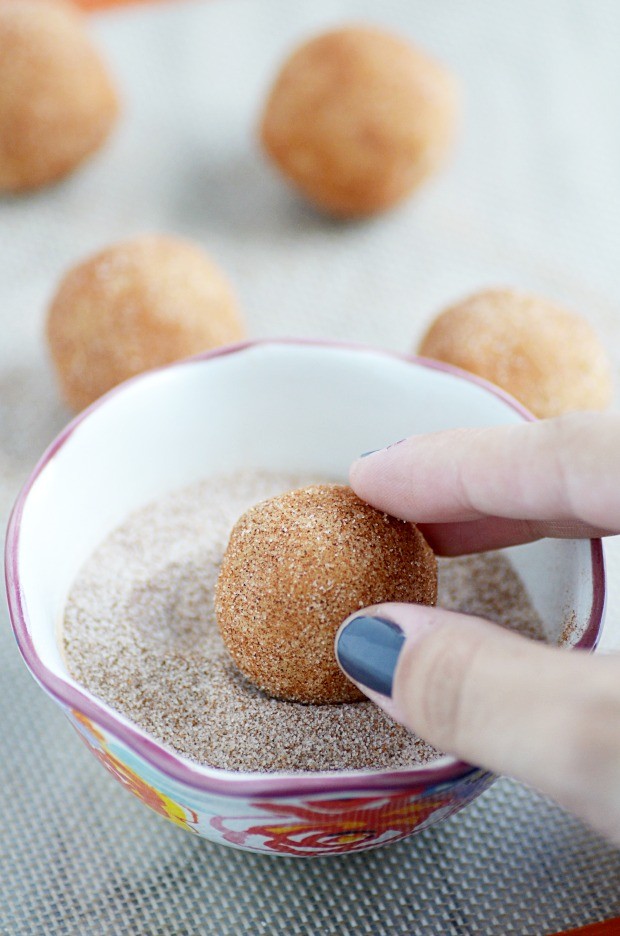 I use two very special ingredients to make these so good.

It's a little out of the common way in a cookie recipe, but this first special ingredient makes a big difference: egg yolks. ONLY egg yolks. THREE egg yolks, to be precise. ????

I really don't like cake-y snickerdoodles. I feel like they dry out super fast, which makes them good for only the day of. Using three egg yolks and none of the whites solves this problem. Egg yolks add moisturizing fats and emulsify the dough. They make baked goods fudgier, while egg whites tend to make them cake-y.

I wanted each bite of these cookies to be moist, and soft, and “fudgy,” even days later. So in went the egg yolks! (Save the whites for this Healthy Honey Whole Wheat Banana Bread. SO GOOD!) 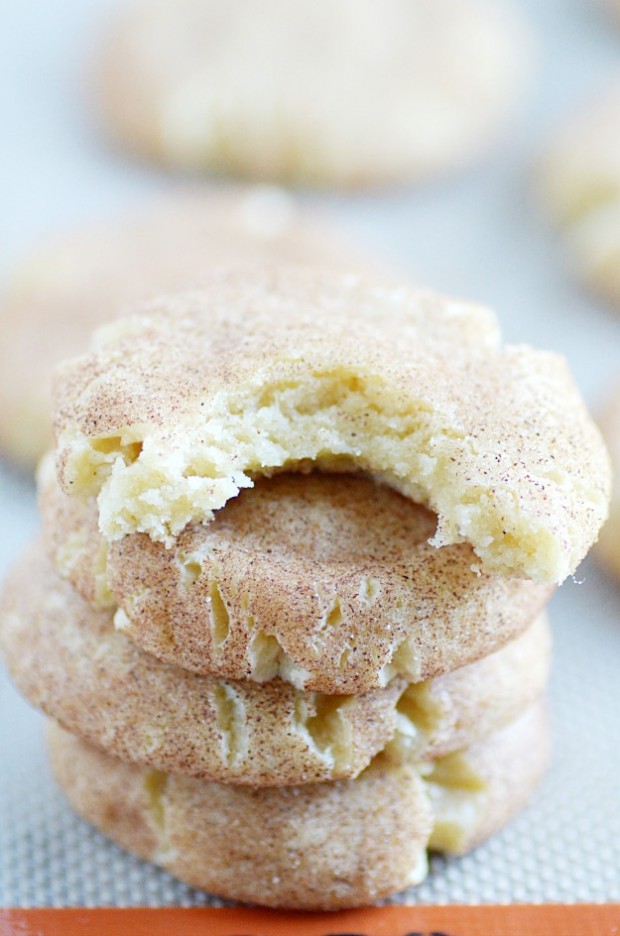 The second super star ingredient is…. cream of tartar!

No big surprise there. Most people already know that a fabulous snickerdoodle MUST have cream of tartar. Can you substitute baking powder? Sure. But it won't be quite the same. Cream of tartar gives these cookies that signature tangy flavor that all great snickerdoodles have. 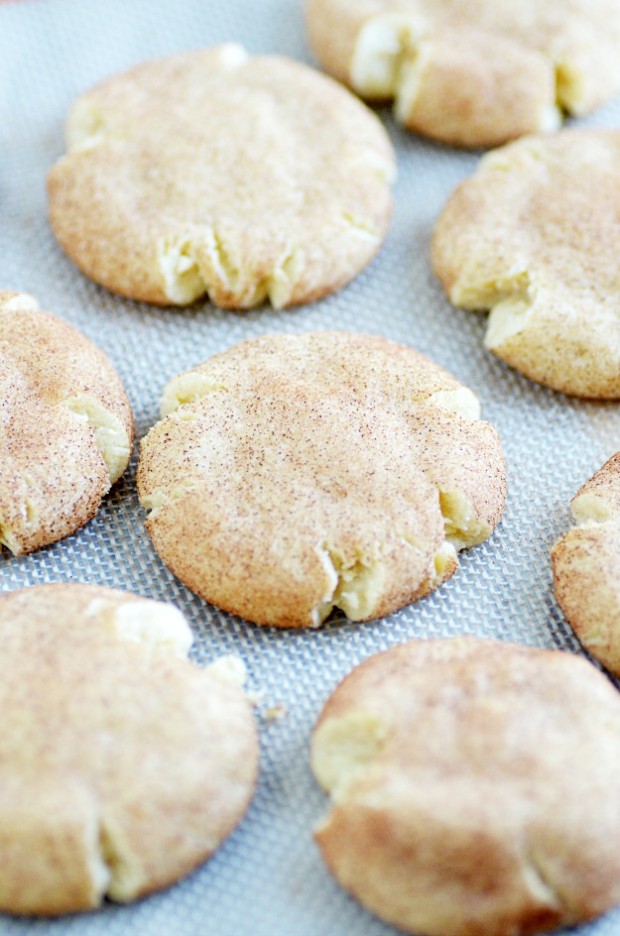 Side note… see all those cracks around the edges? Don't worry, that won't happen to yours. My family kept eating the cookies from the first two batches as they came out of the oven– before I had a chance to photograph them! So the batch you see pictured was made from dough that had been refrigerated for over 24 hours. I forgot to leave them on the counter to thaw before baking, so I smashed them down a bit with a glass before sticking them in the oven (that's where the cracks came from).

Beat together the butter and sugar until smooth and creamy. Add the egg yolks one at a time, mixing in between additions.

Mix in the vanilla and ground cinnamon.

In a separate bowl, mix together the flour, baking soda, and cream of tartar. Add mixture to the mixing bowl with butter and sugar.

Mix until dough forms (it may be crumbly at first, but be patient, the dough will form!).

Scoop out two tablespoons of dough and roll into a ball, then roll in the cinnamon sugar.