Soft, fluffy, gooey cinnamon rolls with a sweet surprise in the middle. These rolls are perfect for teaching little ones about the resurrection at Easter time! 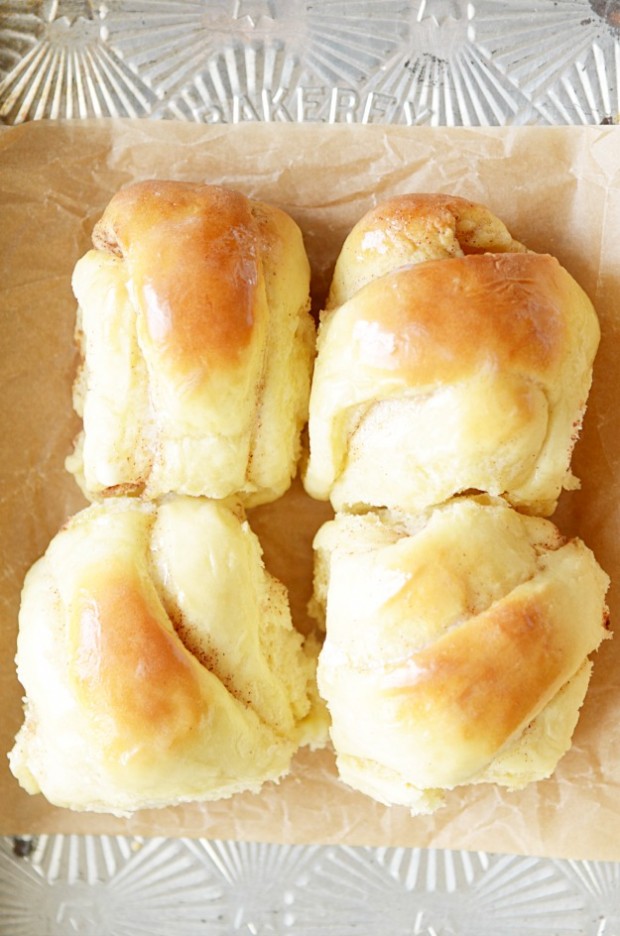 Let me preface this by saying: as of yesterday, I had no plans to post this recipe. So if my writing and photography seem a little slapped together at the last minute… it's because they are ????.

For instance… this recipe makes a lot more than the four rolls you see pictured above. But we gobbled them up before I really committed to post this recipe. When I decided that I wanted to share these with you today (but didn't have time to make another batch before the week's end), I stashed away the surviving four rolls for photographing the first chance I had today.

If you know me, you know that I'm a member of The Church of Jesus Christ of Latter-day Saints. You might know us as Mormons. We're very religious, and teaching my kids about Christ and the resurrection is a big deal to me. Especially around Easter time.

So what does this have to do with bread? 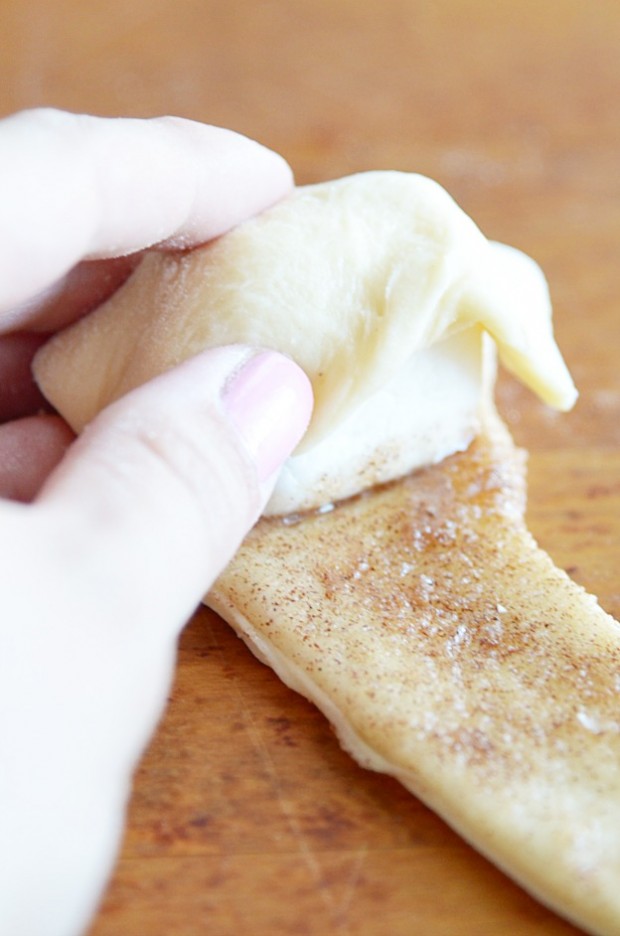 These rolls are actually the perfect (and delicious) object lesson for teaching kids about the resurrection! You can see in the photo above that I'm wrapping a marshmallow in bread dough (coated in butter and cinnamon sugar, but we'll get to that later).

The marshmallow represents Christ's body, and the bread dough represents the tomb where His body was placed. 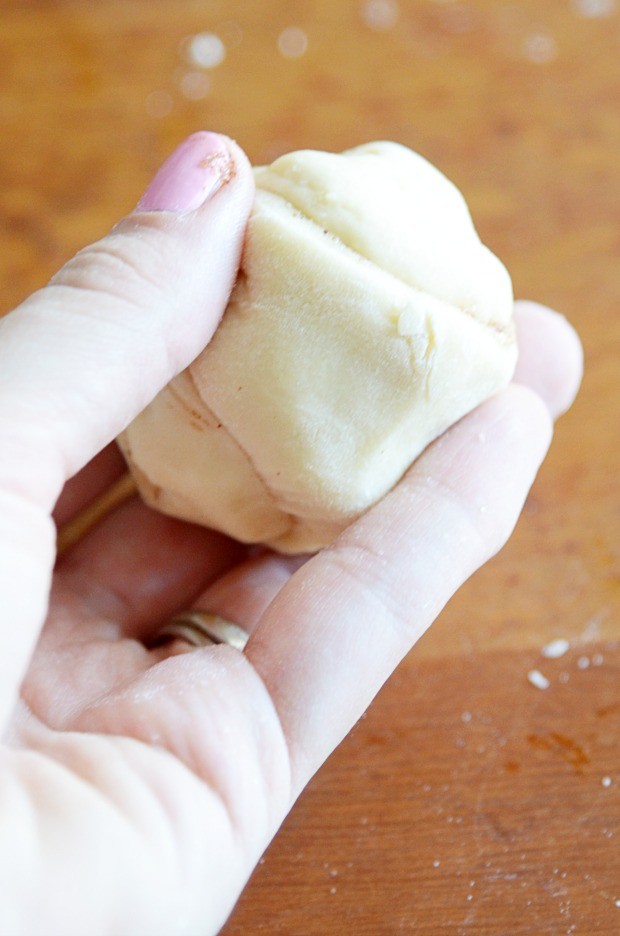 You roll the dough completely around the marshmallow, taking care to seal it inside really well– representative of the stone that was rolled in front of the tomb to seal it.

As you can see, no need for perfection here. I just did a quick roll and pinch around the edges to seal. Some of the cinnamon and butter ended up on the outside, but that's okay. 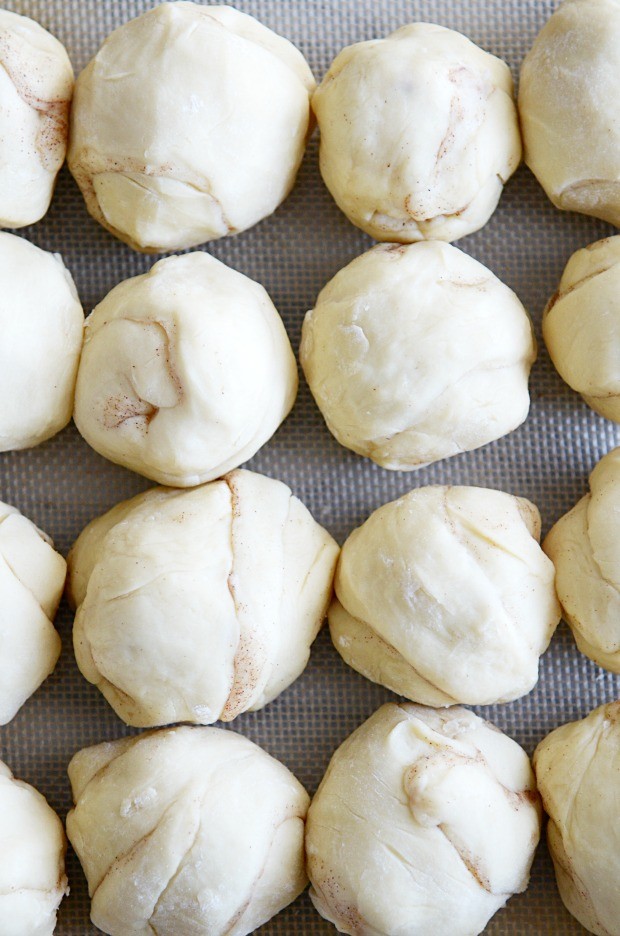 With a marshmallow sealed tightly inside each roll, let the dough rise and then bake for about 15 minutes.

When you open the rolls…. ta-da! The marshmallow has dissolved and disappeared (leaving a delicious, sweet, gooey center), symbolic of Christ's body leaving the tomb and being resurrected. 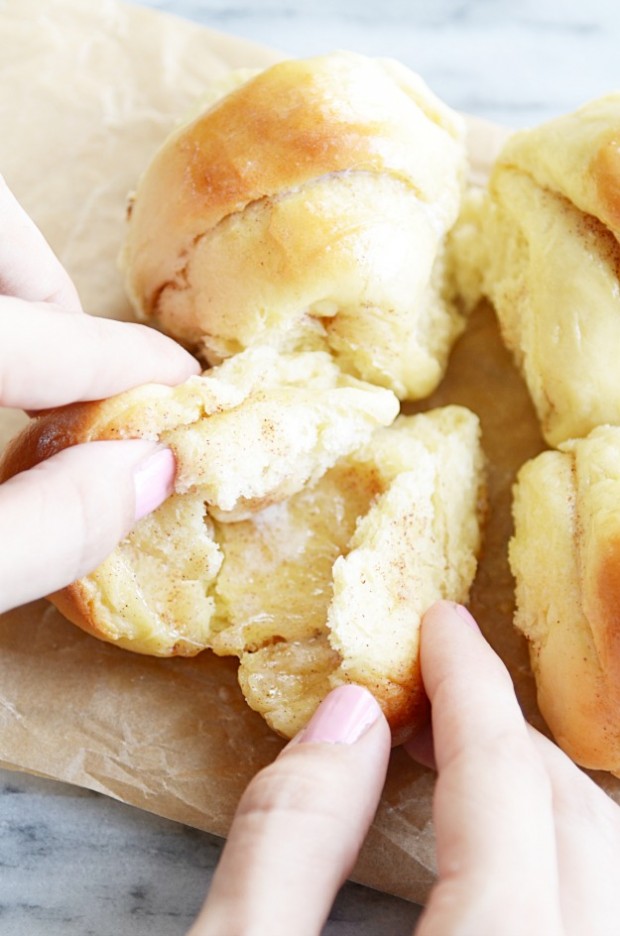 My daughter loved making these with me, and it was a great opportunity to teach her about Christ. If you want to learn more about what I believe, you can view my Mormon.org profile here.

But if you're just here for the delicious rolls, that's cool too ????.

Here's the lowdown on this recipe:

You can really use ANY bread dough recipe to wrap around the marshmallows. In this post, I'm sharing the recipe for my Quick Bread Dough. But you could use refrigerated crescent roll dough, freezer bread dough (like Rhodes) or another homemade recipe. That's totally up to you. I've made these all different ways, and they are always really yummy. I like using refrigerated crescent roll dough or this recipe below the very best.

Technically, like I'll tell you in the recipe, you should dip each marshmallow in butter and cinnamon sugar before wrapping them in the dough. But… if you're lazy like me and looking for a shortcut, you can spread the butter over the bread and sprinkle the whole thing with cinnamon sugar, much like you would prepare cinnamon rolls. Then wrap the marshmallows in the dough. When I do it that way, I always have one or two marshmallows that don't dissolve completely on the inside (which kind of defeats the teaching part of this recipe), but it's worth it to me when I don't feel like taking the time to dip the marshmallows individually.

For the Bread Dough:

In the bowl of a stand mixer, dissolve the yeast into the warm water. Allow to sit until foamy, about 3-5 minutes. Add the sugar, salt, and flour.

Mix and knead the dough with the dough hook until dough is smooth and elastic.

Cover and let rise for about 10 minutes.

Roll the dough out into a circle, like you're making a pizza.

Also as if you were making a pizza or crescent rolls, slice the circle into 16 triangular slices.

Dip a marshmallow in the butter and then generously coat in the cinnamon sugar. Place it on the fat end of a slice of dough and roll it up. Pinch and seal the edges and shape into a ball. Place on a lined baking sheet.

Repeat with all of the marshmallows and dough.

Bake for 15-17 minutes, until golden brown. Serve warm or cooled.