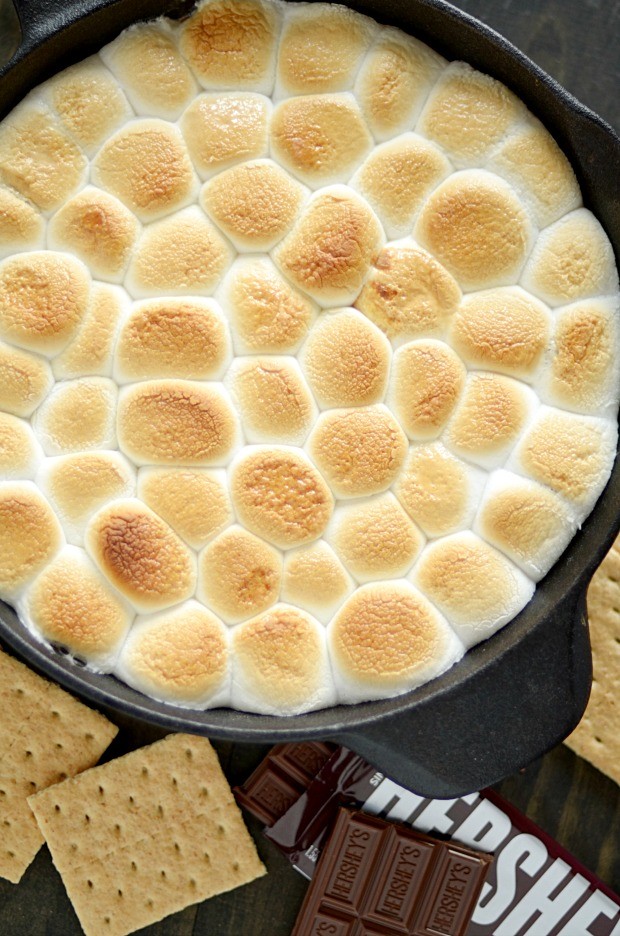 S’mores are my favorite thing ever. I could eat them every day, in all different forms, and never get tired of that gooey, chocolate-y, graham combination.

Of course, my favorite way to eat s’mores is the traditional campfire-roasted way. And you’d think that summer was the perfect time to do that, right? But I’ve been having a hard time getting anyone around here to cooperate with the idea of a campfire, because it’s SO stinkin’ muggy!!! Have you experienced a Southern summer? Some days, I swear I can actually see the humidity in the air. It really can be absolutely miserable, and I totally understand why no one wants to build a fire in the middle of that (although I still say it’s worth it for s’mores!).

And you know what? I didn’t miss the campfire at all! The marshmallows get perfectly crispy on the outside and melty on the inside, and the melty chocolate underneath is so perfect too! I cranked things up a notch by adding a drizzle of peanut butter in between the chocolate and the marshmallows, but that’s your call. Nutella would be amazing too (and is one of my favorite s’mores fixings anyway). 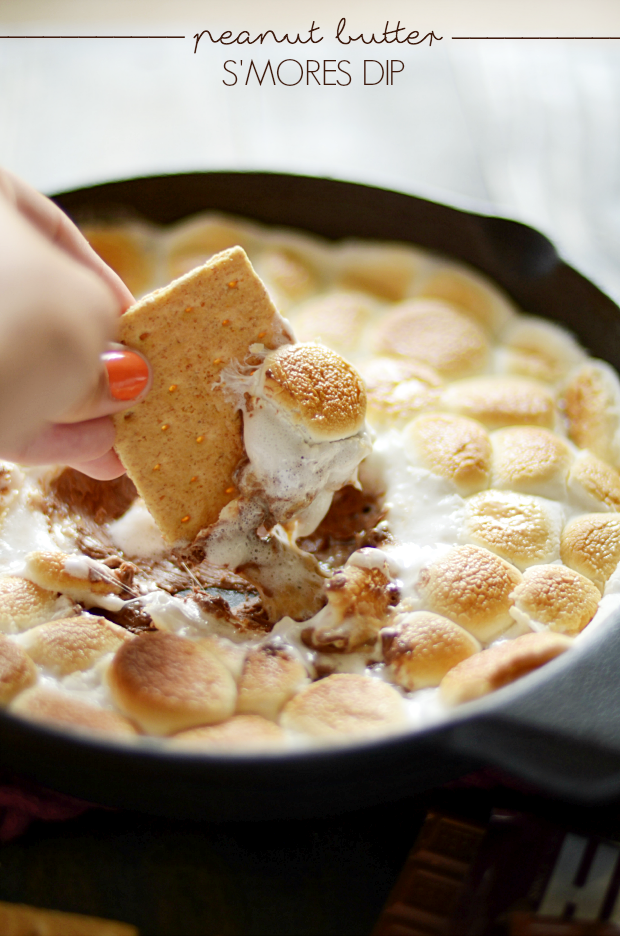 If you don’t have a cast iron skillet, no worries– you can use just about any oven-safe dish instead! 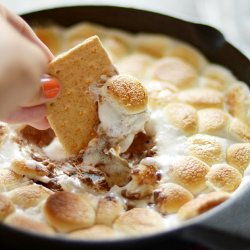 Melty milk chocolate, creamy peanut butter, and toasty marshmallows. All the fun of s'mores without the campfire or messy hands!

Lightly spray a skillet or other oven-safe baking dish with non-stick cooking spray.

Layer the marshmallows halves evenly over the peanut butter and chocolate.

Bake for 9-10 minutes, or until marshmallows are golden brown. Serve with graham crackers immediately. 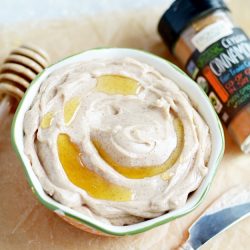 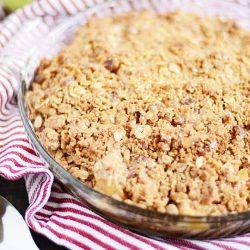 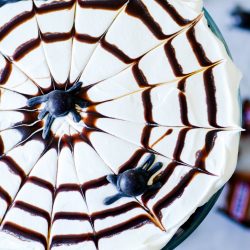