Creamy, sweet, unbelievable maple butter with a heavy touch of cinnamon. Similar to the honey butter served at Texas Roadhouse, but the maple gives it a perfect Fall time flavor! 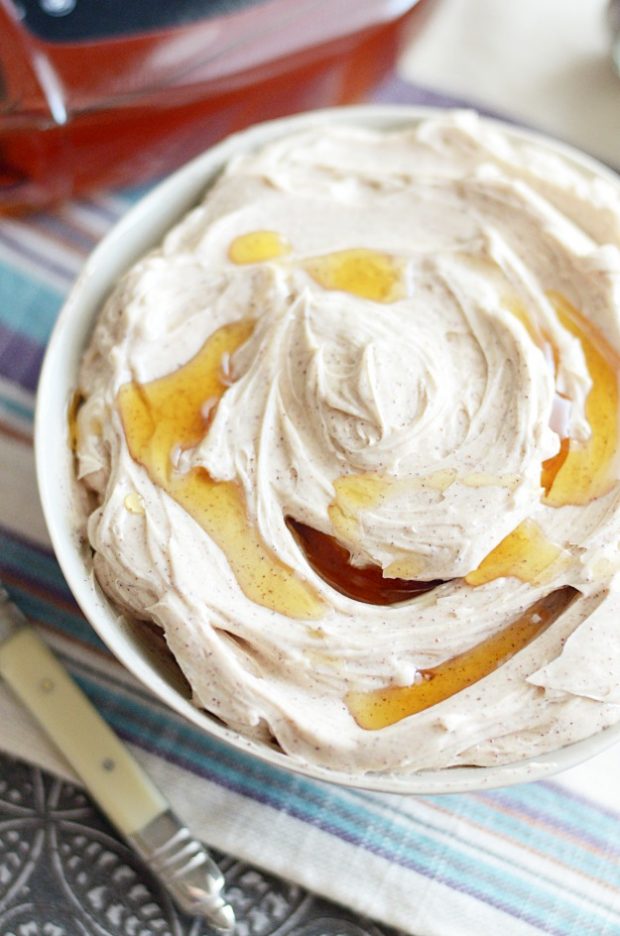 Remember that time I freaked out about Texas Roadhouse Cinnamon Honey Butter and insisted that you leave your computer screen rightnow to go try it? And then I gave you the recipe to make it at home. Because we all need 24/7 access to that butter, right?

Wellp. I made more.

But in a slightly different way. This is Maple Cinnamon Butter. And it is ah-mazing. 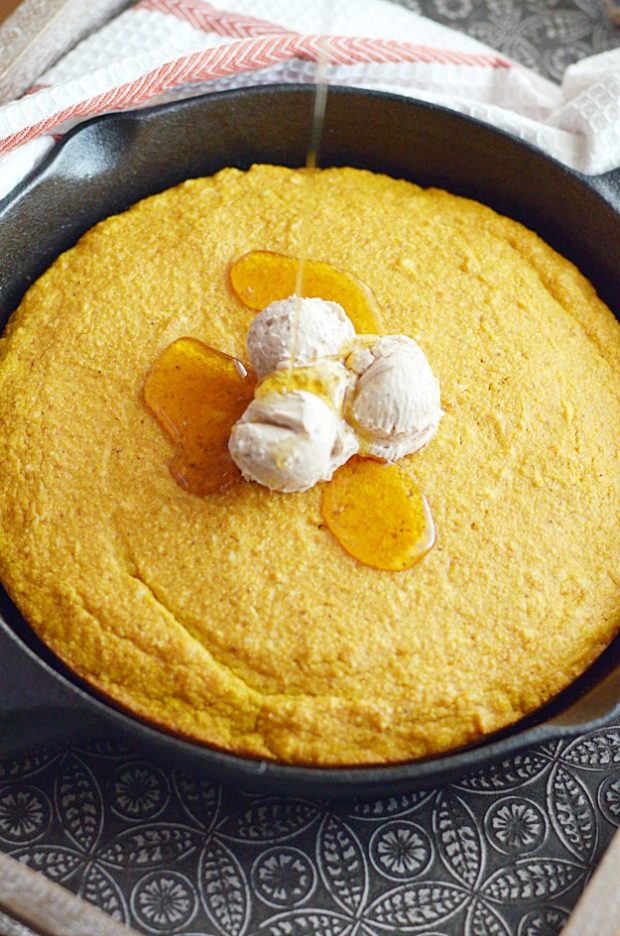 Remember these Pumpkin Cornmeal Pancakes? They were like ground-shaking, earth-shattering, life-changing good.

So I decided that I needed to make Pumpkin Cornbread this year. And I did (watch for that recipe to post soon)! Maple syrup was such a perfect compliment to those pancakes that I absolutely just knew that this cornbread would need to have some maple butter to go along with it.

I just had this gut feeling that it would be utterly spectacular. I just love it when I'm right. ???? 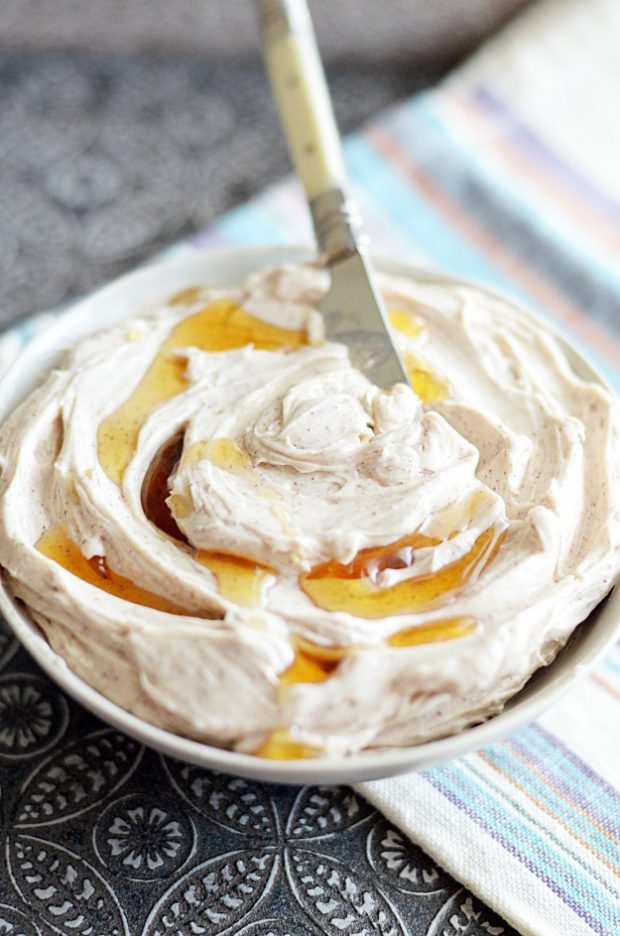 That being said, this butter totally stands on its own. Frankly, I could eat it with a spoon. But if you're not a straight up butter eater (what's wrong with you??), here are a few other serving suggestions:

You could eat this maple cinnamon butter on toast.

Slather it on banana bread, pumpkin bread, and pretty much all breads ever.

But most of all… watch for that pumpkin cornbread recipe coming soon!!! Because pumpkin corn bread + maple butter = ????.

Use an electric mixer to beat the butter until smooth.

Mix in the powdered sugar, syrup, and cinnamon. Beat until smooth.

Store in the refrigerator in a covered container.