I've been dying to make this pie forever, and it did not disappoint! Creamy custard-y center baked into an all-butter homemade pie crust. 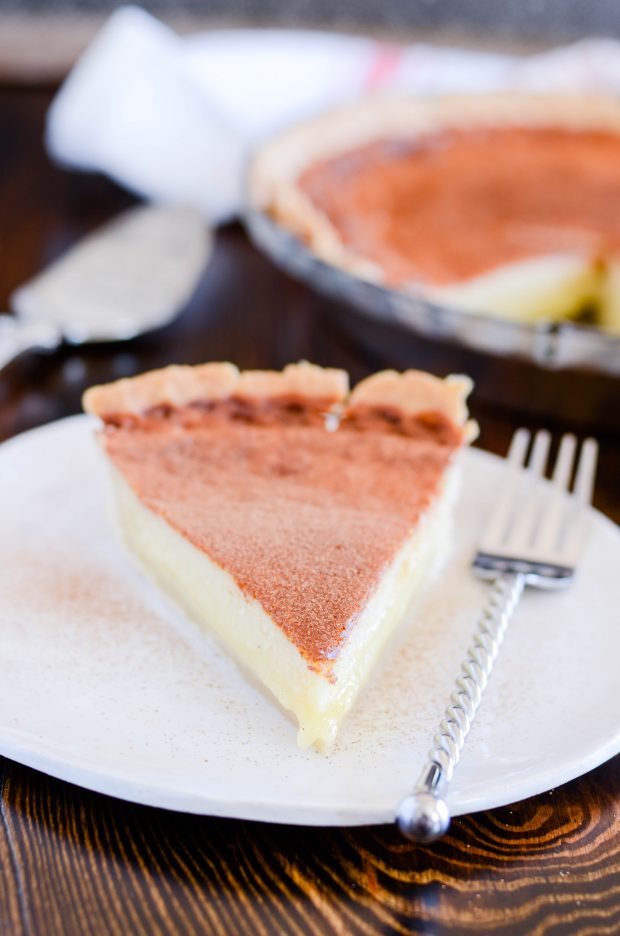 Over the Christmas holidays, I had the most delicious pie I've ever eaten in my entire life. We bought it from this little pie shack on the side of the road (of course, because where else would you get the best pie you've ever eaten in your entire life??), and they simply called it “Vanilla Bean Pie.”

It was unbelievably thick and custard-like, with an almost crispy sugary top, and a perfect crust (as any such pie must have, right?), and bursting with vanilla bean flavor. It was the best.

I have been searching high and low for a comparable recipe since that first bite. 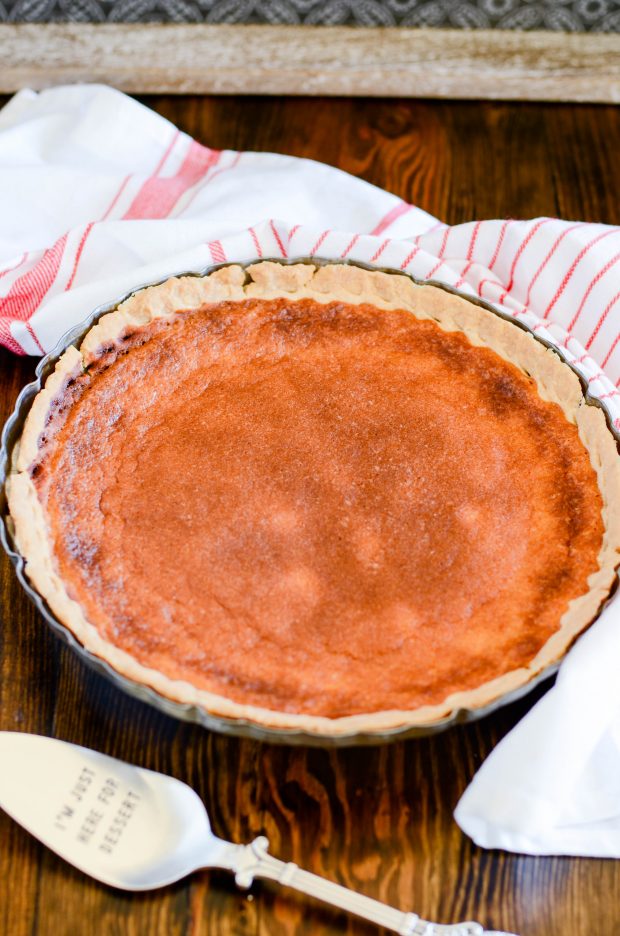 Sadly, it wasn't exactly the same. So I'm still on the hunt. 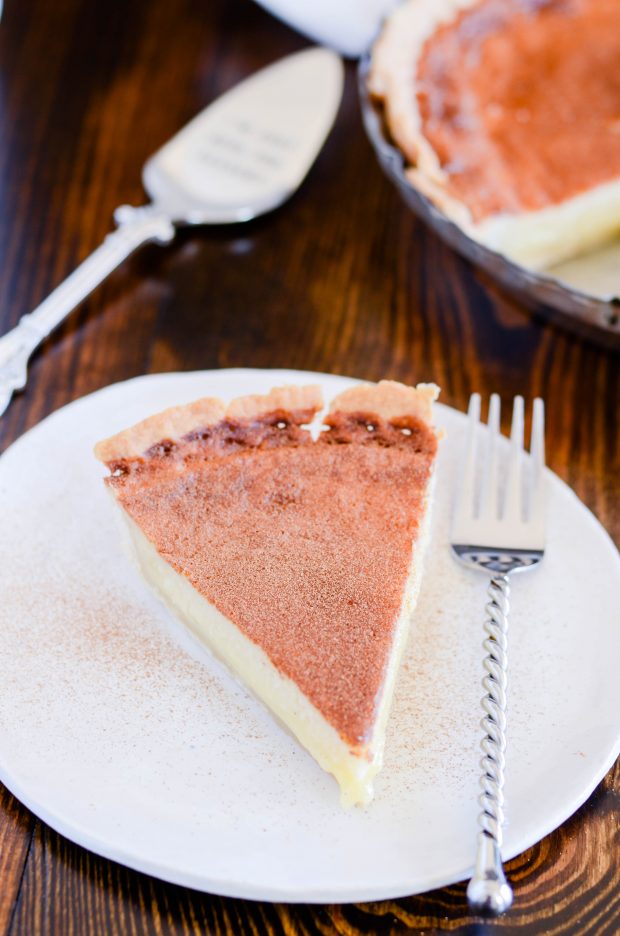 However… it is definitely good enough to warrant sharing the recipe with everyone I know!!

I think I'd have to compare the texture of this pie to that of a french silk pie. But with less chocolate. Clearly.

As it bakes, the filling forms two barely distinguishable layers. The top is thicker, almost like a cheesecake. The bottom layer is slightly thinner, like a thick pudding. The very top of the pie turns into a beautiful, golden, sugary skin. It's not crunchy, but reminiscent of the skin that forms on top of a warm pudding. I wish there was a word that sounds more appealing that “skin” to describe it ????, but there's really just not.

You'll have to take my word for it though– so good! 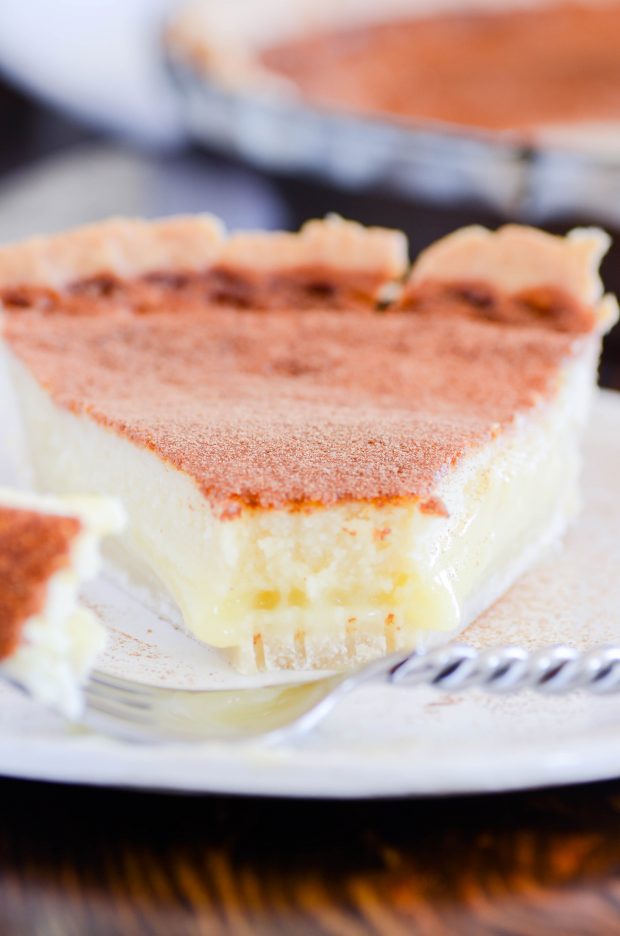 And you want to know what the best part is? Even better than that gooey center??

You can, of course, use the from-scratch pie crust recipe I'm linking to below (also SO GOOD and SO EASY!). But you could make this even easier on yourself and take a little help from the store. You all know how I feel about a good Pillsbury pie crust– no shame here!

No matter which way you go on the crust, rest assured you will not be disappointed. From the mixing bowl to the very last bite, this pie is a total 5-star staple recipe you will bake again and again. Enjoy!

Beat eggs until foamy. Whisk in the sugar, followed by the butter and flour.

Pour mixture into unbaked pie crust. Bake for 50-55 minutes until brown on top and just slightly jiggly in the center.

Let cool to room temperature and then chill until ready to serve.