Soft French bread stuffed with a cinnamon roll filling, baked to perfection, and topped with cinnamon roll icing. Make ahead so all you have to do in the morning is pop it in the oven! 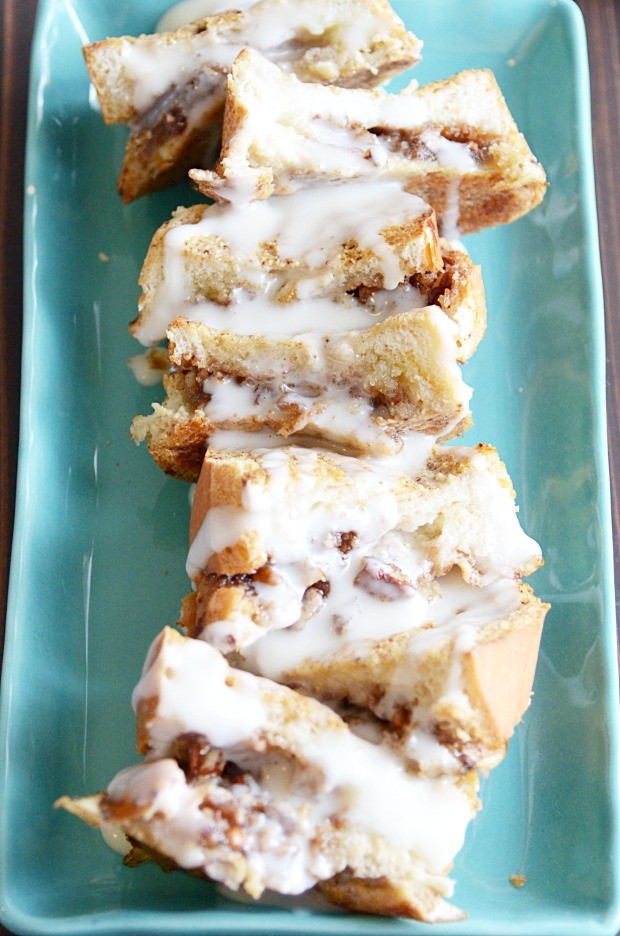 This recipe combines two of my favorite breakfasts: french toast and cinnamon rolls! 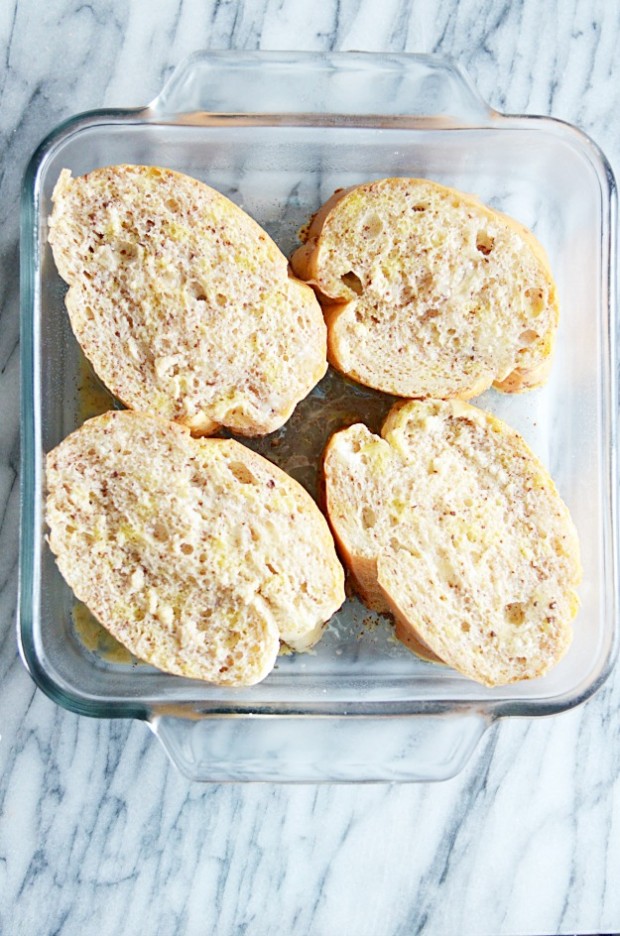 I used about half of a french bread loaf in a 9×9 baking dish. But you could use the entire loaf and fit it into a 9×13 baking dish just fine. Just be sure to double the milk and egg portion of the recipe as well.

The best way to make stuffed french toast is to simply cut a large slit in a thick piece of the bread– not cut it all the way through. This way you can literally stuff the inside of the piece of bread instead of sandwiching it together. It's a lot easier to prep, cook, and serve if you do it like this. That way you don't have the filling falling out all over the place!

This filling is pretty simple, but extremely delicious. Brown sugar, cinnamon, and butter– the makings of a perfect cinnamon roll filling. I also added pecans, because I love pecans in my cinnamon rolls. But that's totally up to you.

As it bakes and the butter melts into the sugar, it becomes ooey and gooey and perfect. 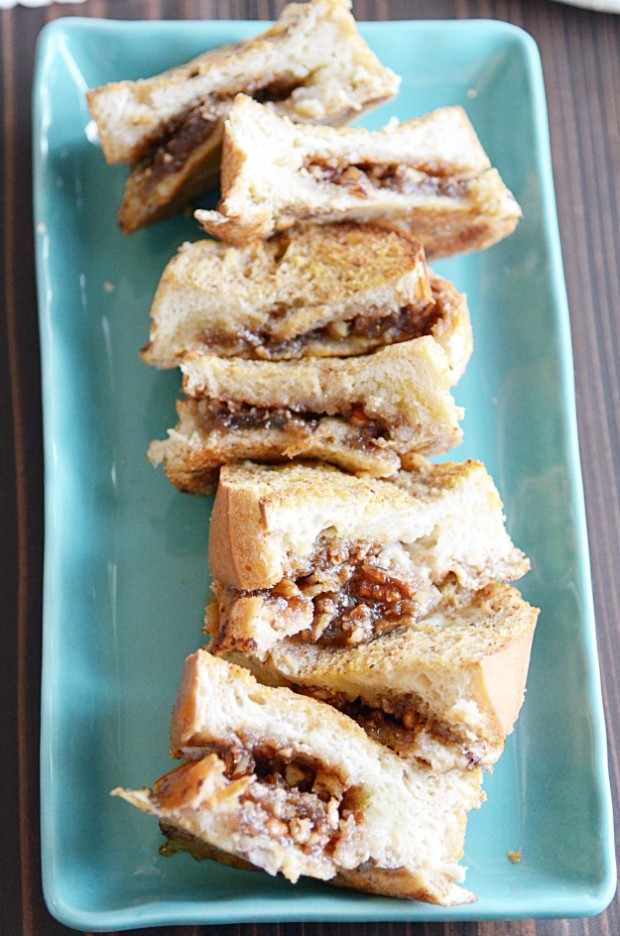 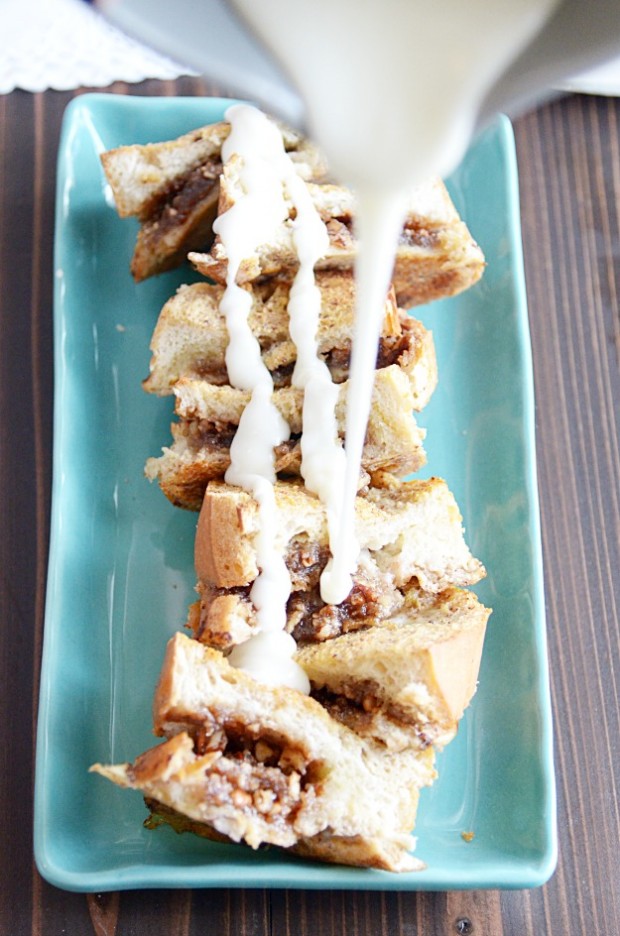 Drizzle my favorite cinnamon roll icing over top, and you are in for a real treat! You could also totally add maple syrup to this… I wouldn't judge.

If  you're looking for the perfect Mother's Day breakfast… this is it. I promise. 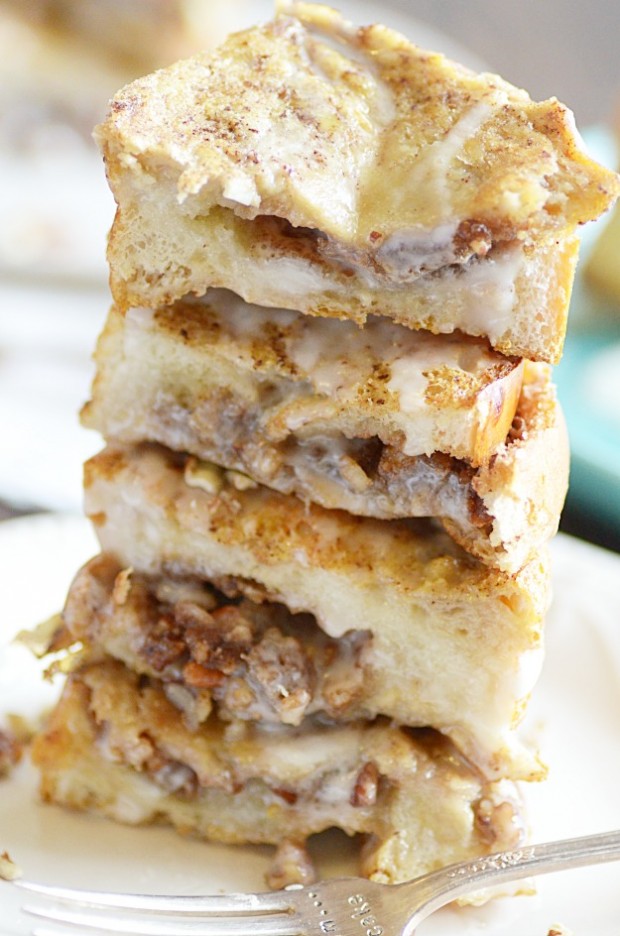 Cut a large slit (about 1 inch across) in each piece of bread.

Mix together the brown sugar and cinnamon. Stuff about 2 tablespoons into each piece of bread. Add a tablespoon of butter into each slit with the sugar mixture.

Grease a 9x9 baking dish. Layer the stuffed french toast in the dish.

Whisk together the milk, eggs, and vanilla. Pour it over the stuffed bread, try to cover each piece of bread completely.

Cover and chill for at least 4 hours or overnight.

Bake at 350ºF for 35-40 minutes until golden brown and filling is slightly oozing out of the bread.

Whisk together the frosting ingredients until smooth and drizzle over the warm french toast before serving.