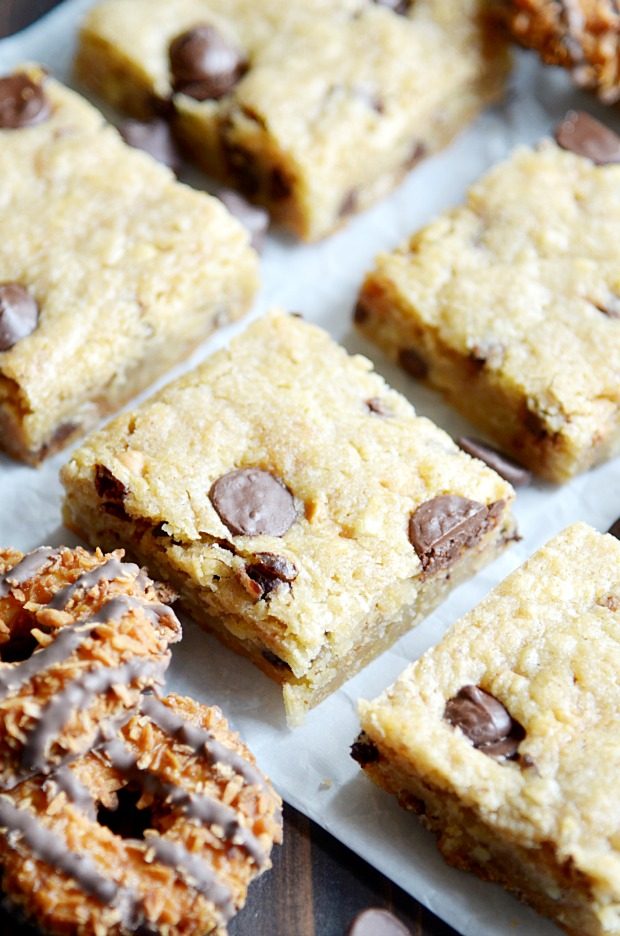 I grew up in North Carolina. I was born here, raised here, and we rarely left the state. And when we did, it was usually on a trip to some other nearby east coast state.

I just assumed that everyone ate BoBerry biscuits on Saturday mornings, used the word y'all, and had an official moment of silence in school for Dale Earnhardt's death. I didn't know that there were people who actually pronounced the “-ing” at the end of their words. And I would have never guessed that there were people on the planet who didn't know what a pig pickin' was.

As you can imagine, I experienced my fair share of culture shock when I moved out West for college. 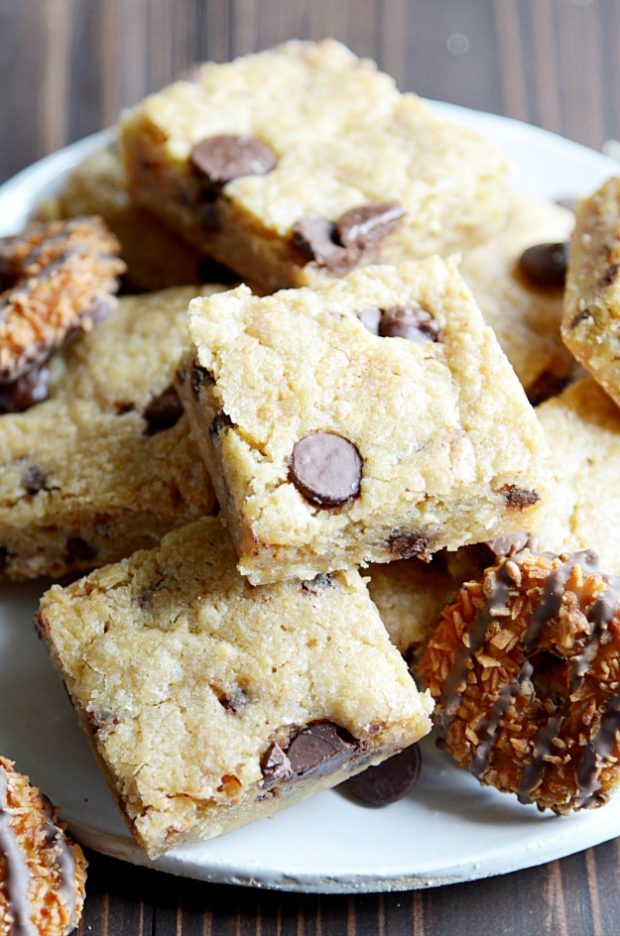 Someone had warned me that Hardee's is called Carl's Junior out West, so I was prepared for that. And adjusting to some of the grocery stores having different names was weird, but manageable. Butter is sold in a different shape out there. And– OMG– don't even get me started on the soda vs. pop thing. Saying pop is just weird y'all.

Another thing I learned in my great cultural awakening of moving to another state? 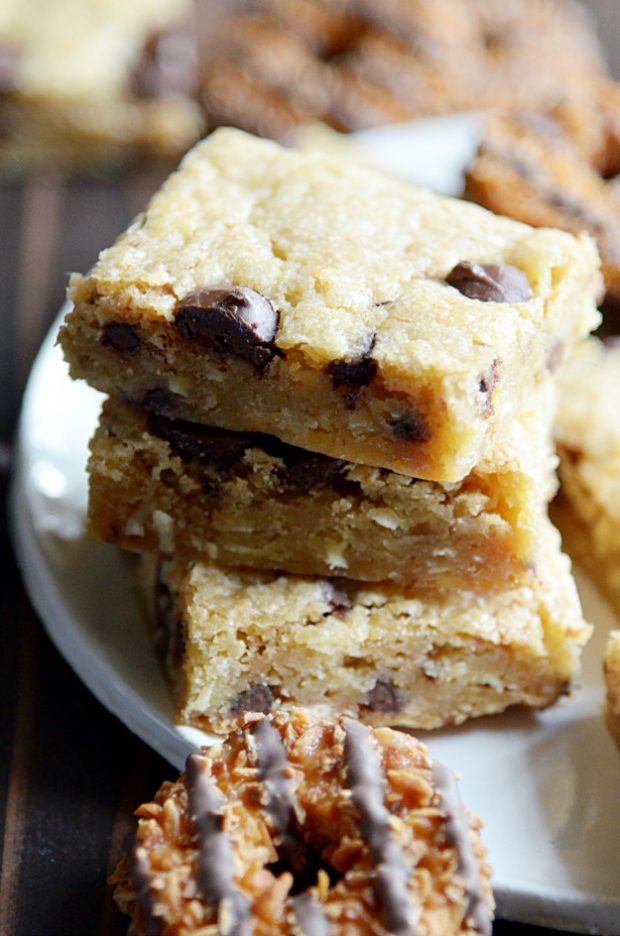 What do you call them– Samoas or Caramel DeLites??

No matter the name, I think we can all agree on this: caramel, coconut, and chocolate making their way into blondies is a good thing. 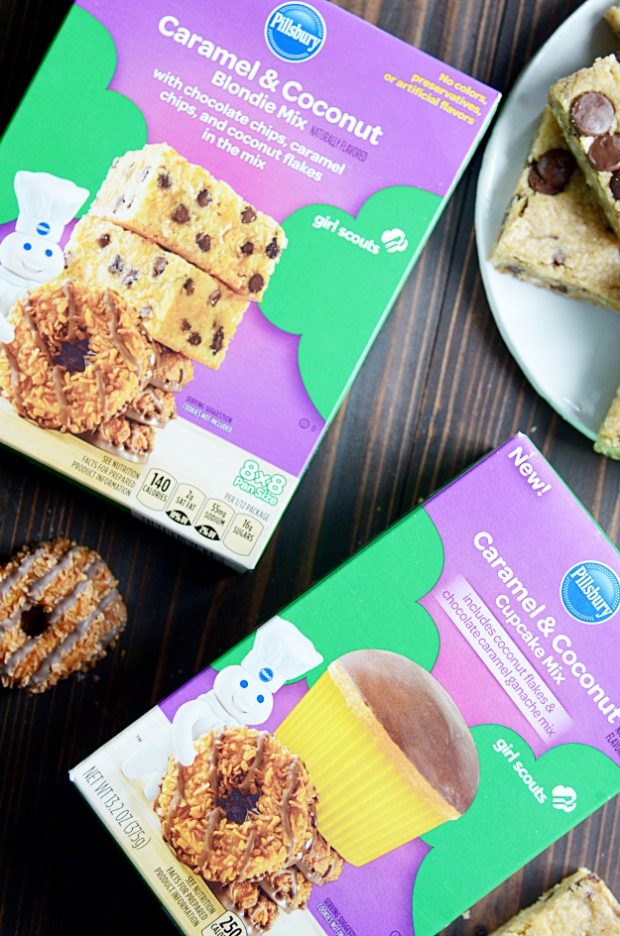 A couple of weeks ago, Emma and I tried these Thin Mint inspired baking mixes from Pillsbury. I love using baking mixes with my daughter, because it makes her feel so grown up to be able to read the (illustrated) instructions on the back of the box.

This time, I was dying to try out the Samoas (Caramel & Coconut) baking mixes. It's my favorite flavor! 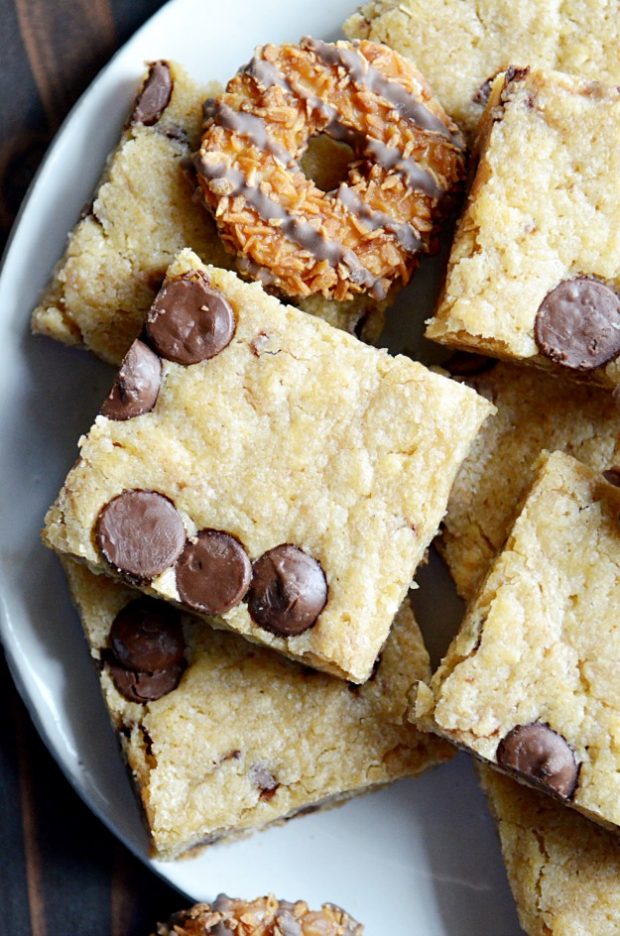 I picked the blondies to try first, because I'm such a cookie/bar fiend. I was most definitely not disappointed!

In fact, my entire family went nuts over these. I was barely able to keep them on the plate long enough to grab photos! We've decided that of the four mixes we've tried, these blondies were our hands down favorites. Chewy, buttery, and chock full of coconut and caramel flavors.

You are going to love how easy these are to make and how fast they disappear from the plate!

Pillsbury™ Girl Scout Cookie™ Flavored Baking Mixes are available wherever groceries are sold nationwide at a suggested retail price of $3.29.