A peanut butter cookie the size of a cake filled with marshmallow cream! Topped with chocolate frosting and candy corn. Slice and serve! 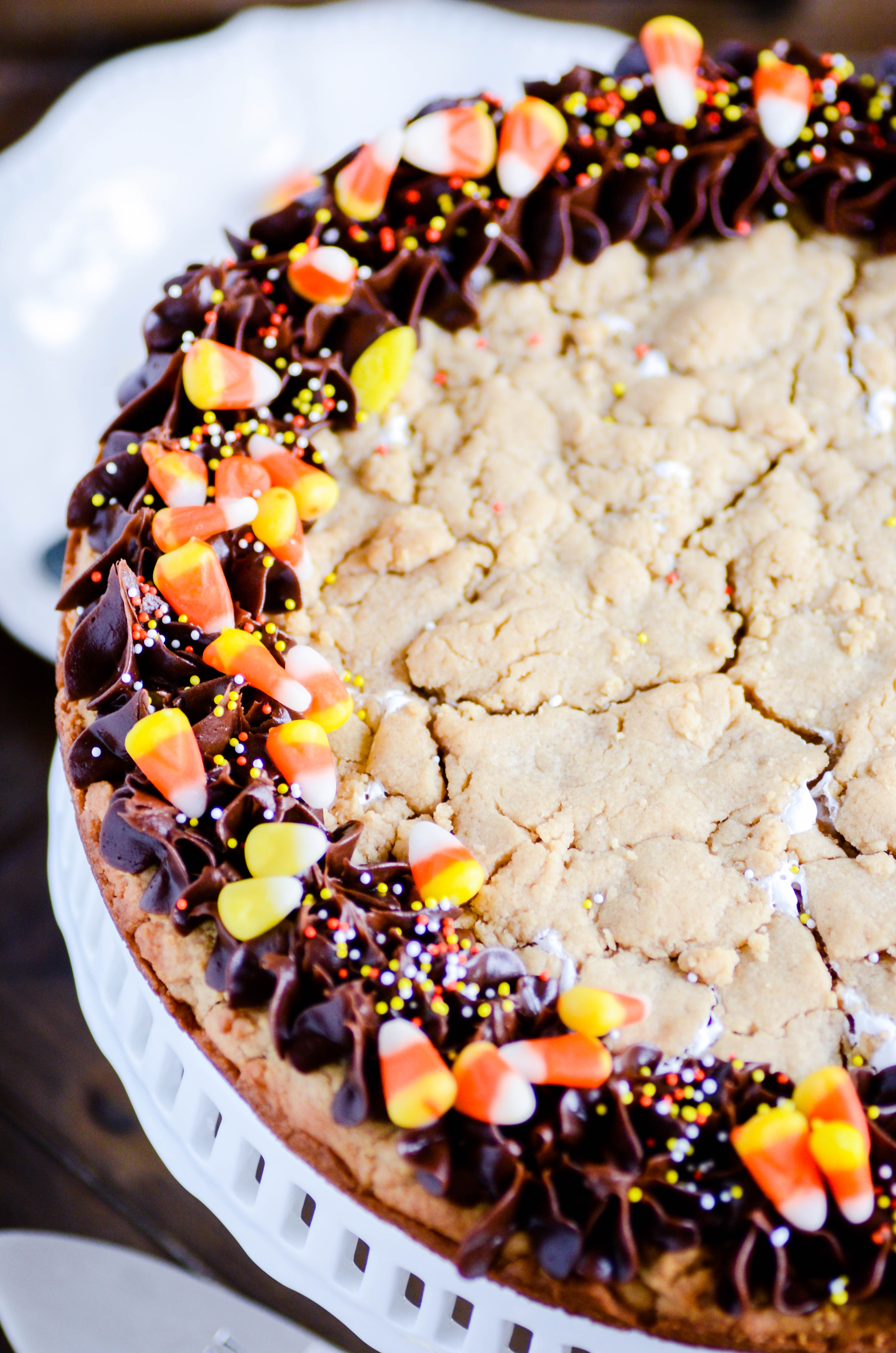 I'm interrupting the crazy amount of pumpkin going on around here this week to bring you something a little different just in the nick of time for Halloween!

Truth: I'm always kind of ready to get Halloween out of the way. Thanksgiving is my all time favorite holiday, so I'm usually in a rush to get to November. At least I was until I became self-employed and started paying taxes. Does that ruin the end of the year for anyone else?? 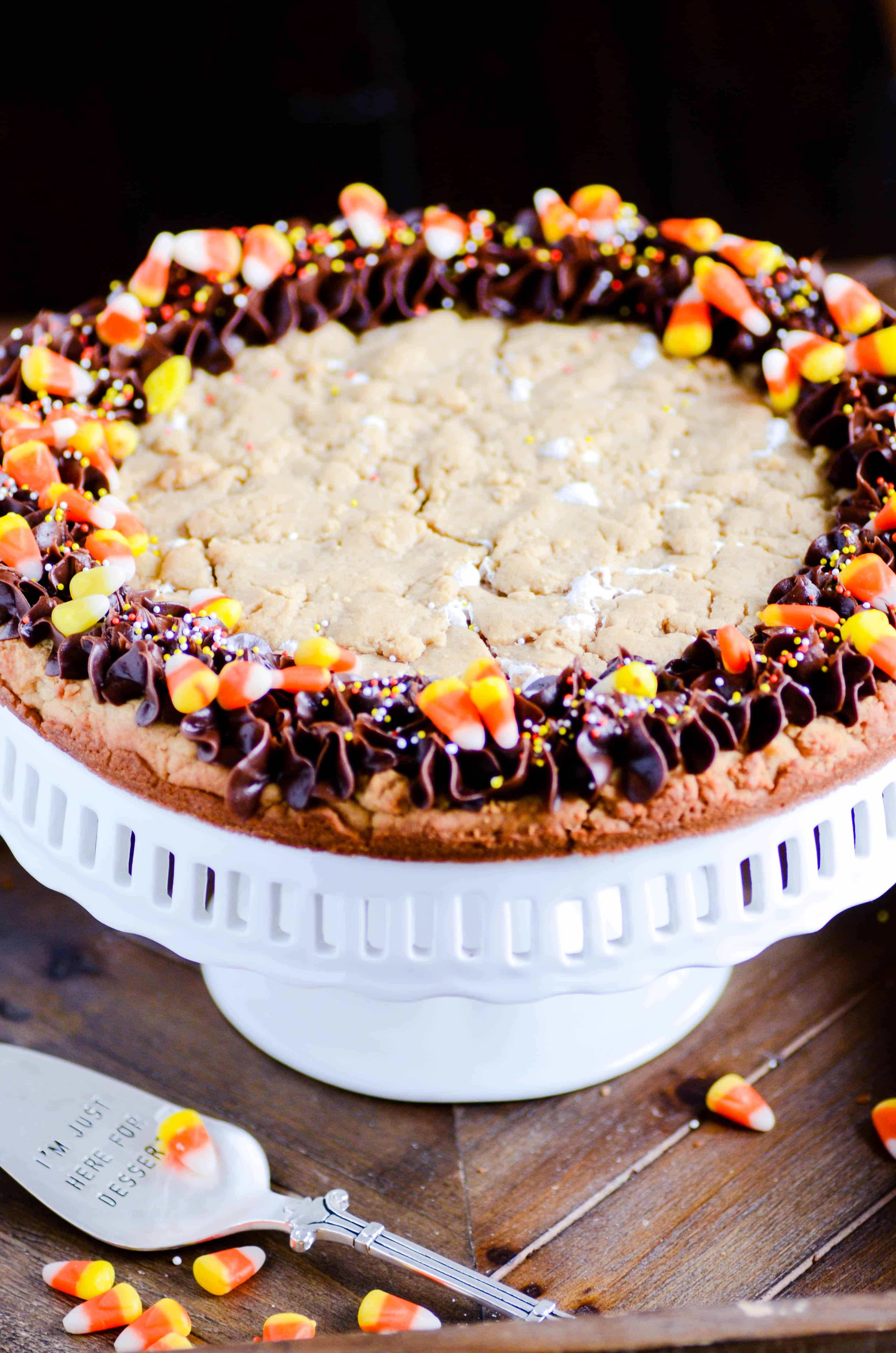 We're being pretty boring this year as far as our Halloween-ing goes. Emma is going as a witch, and CJ is going to be a racecar driver. Both of them have $20 costumes from Target– I don't do the whole homemade costume thing. My admiring praises to those of you who do!

It seems like most people either love it or they hate it, right? At least that's what I hear. As for me, I'm pretty meh about it. I'll take a handful if it's offered, but it's no temptation to me if it's sitting in a bowl on the counter (unlike my husband who inhales the stuff). 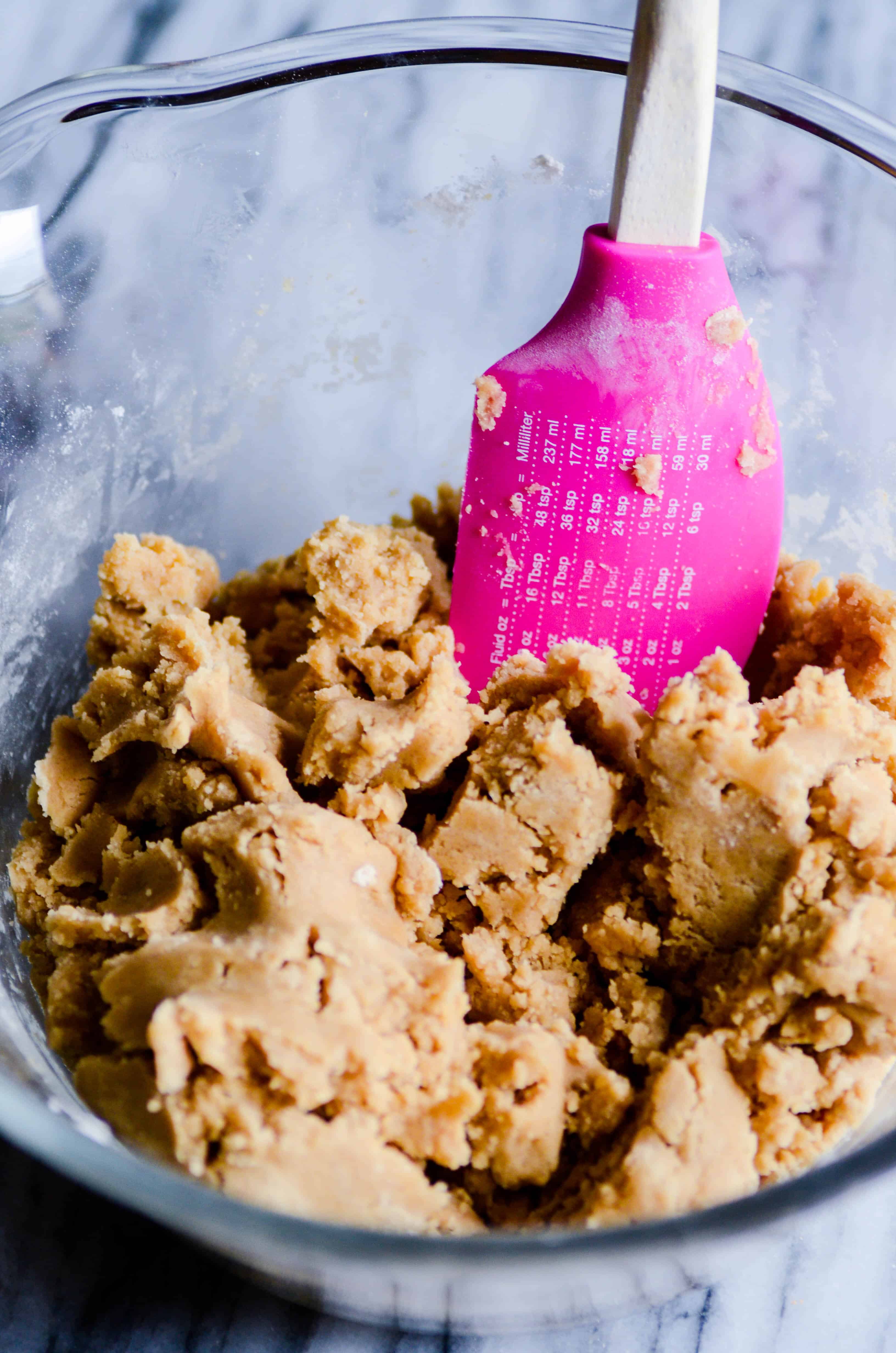 Today we're going the extra mile with this cookie cake by stuffing it with marshmallow cream (come to mama!) and adding chocolate frosting with the candy corn. 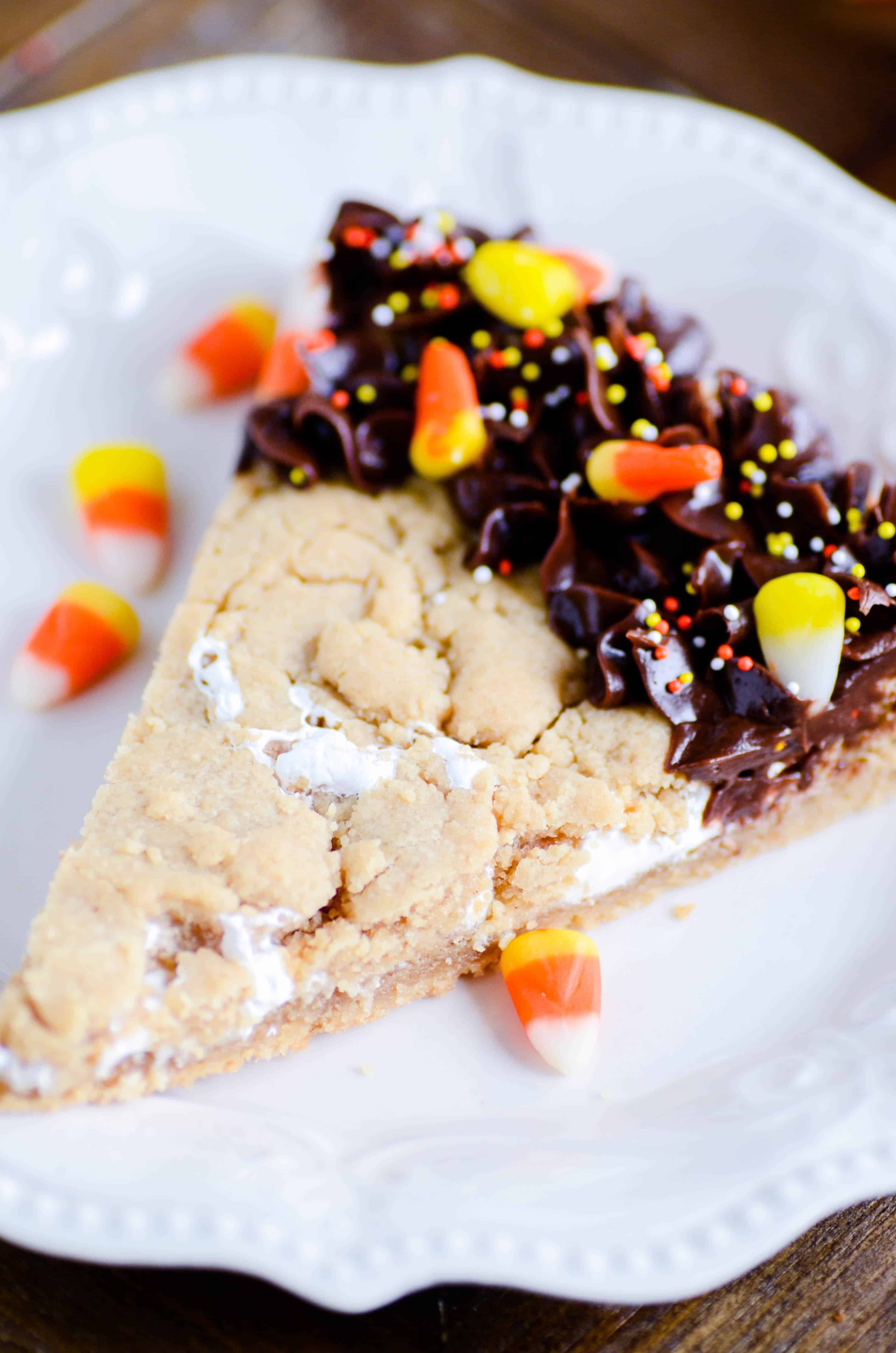 It's so easy to make and really festive! This is the perfect cake to bring to a Halloween party this week or make at home with the kids (they'll love adding the candy corn on top!).

In an electric mixer, beat together the butter and peanut butter. Mix in the sugar and granulated sugar; beat until light and fluffy.

Press half of the dough into the prepared cake dish. Spread the marshmallow cream on top of the cookie dough.

Take pieces of the remaining cookie dough and flatten with your hands to layer over the marshmallow cream.

Bake for 18-20 minutes, just until the top looks set. Let cool completely before piping chocolate frosting around the border and topping with candy corn and sprinkles.