Here is a recipe for the perfect Fall weekend breakfast or brunch: Apple Cider Waffles with an amazing homemade Caramel Apple Cider Syrup. 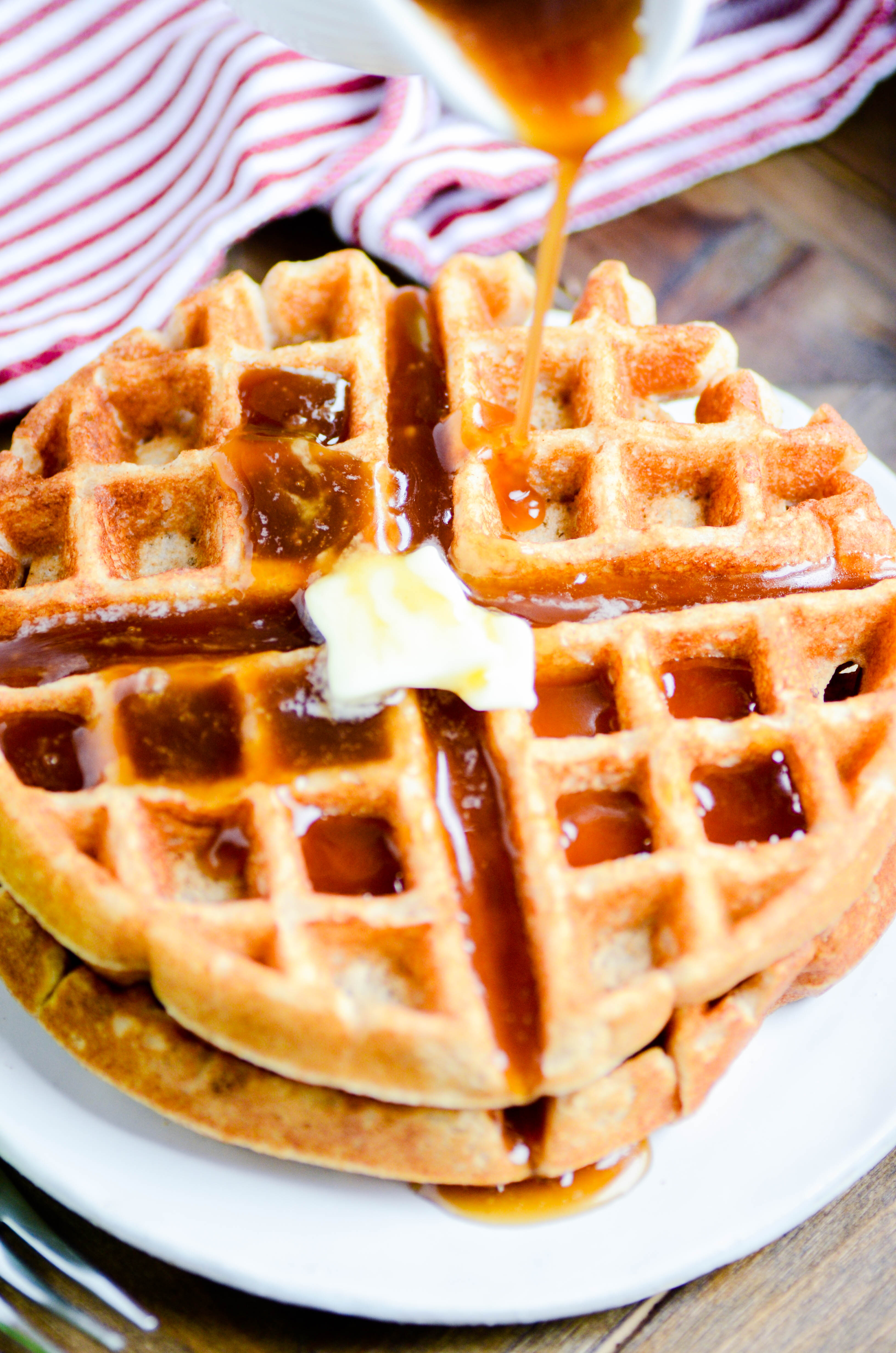 Like clockwork, every time Fall rolls around I start craving apple cider. Starbucks caramel apple cider to be precise. Omg, is there anything in the world that tastes as good as that?? 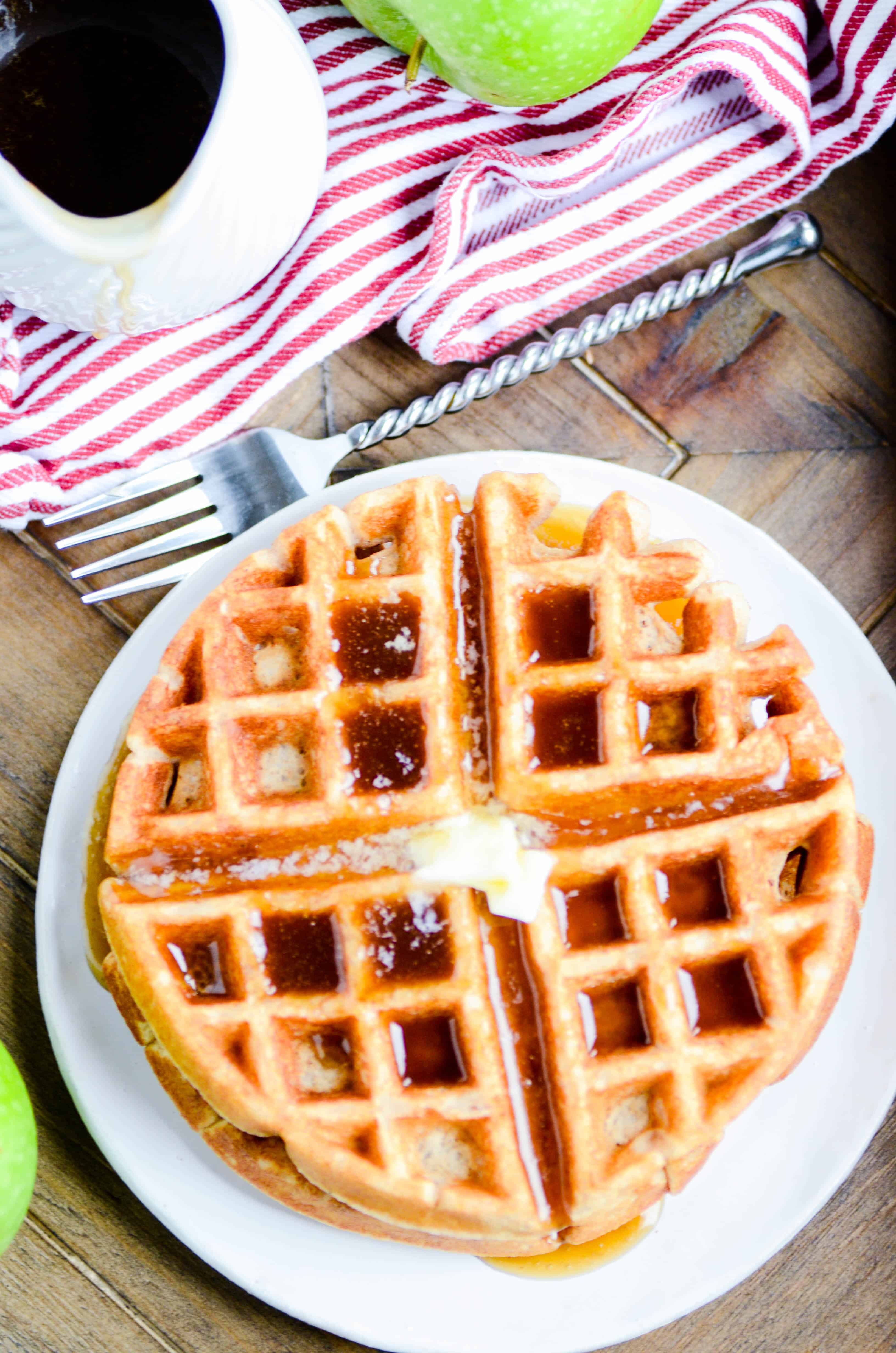 If you’re not already feeling as apple cider-y as I am, here are a few little tidbits about these waffles to get you in the mood:

A) There’s a WHOLE CUP of apple cider in the waffle batter. B) It’s not pumpkin. I know a lot of you are like, enough with the pumpkin already! and C) Imagine a caramel apple in liquid form, heavy on the caramel. That is this syrup. It is the kind of amazing your breakfast dreams are made of. If you had no other interest in these waffles, I can assure you that the syrup alone would make eating them worth your while. 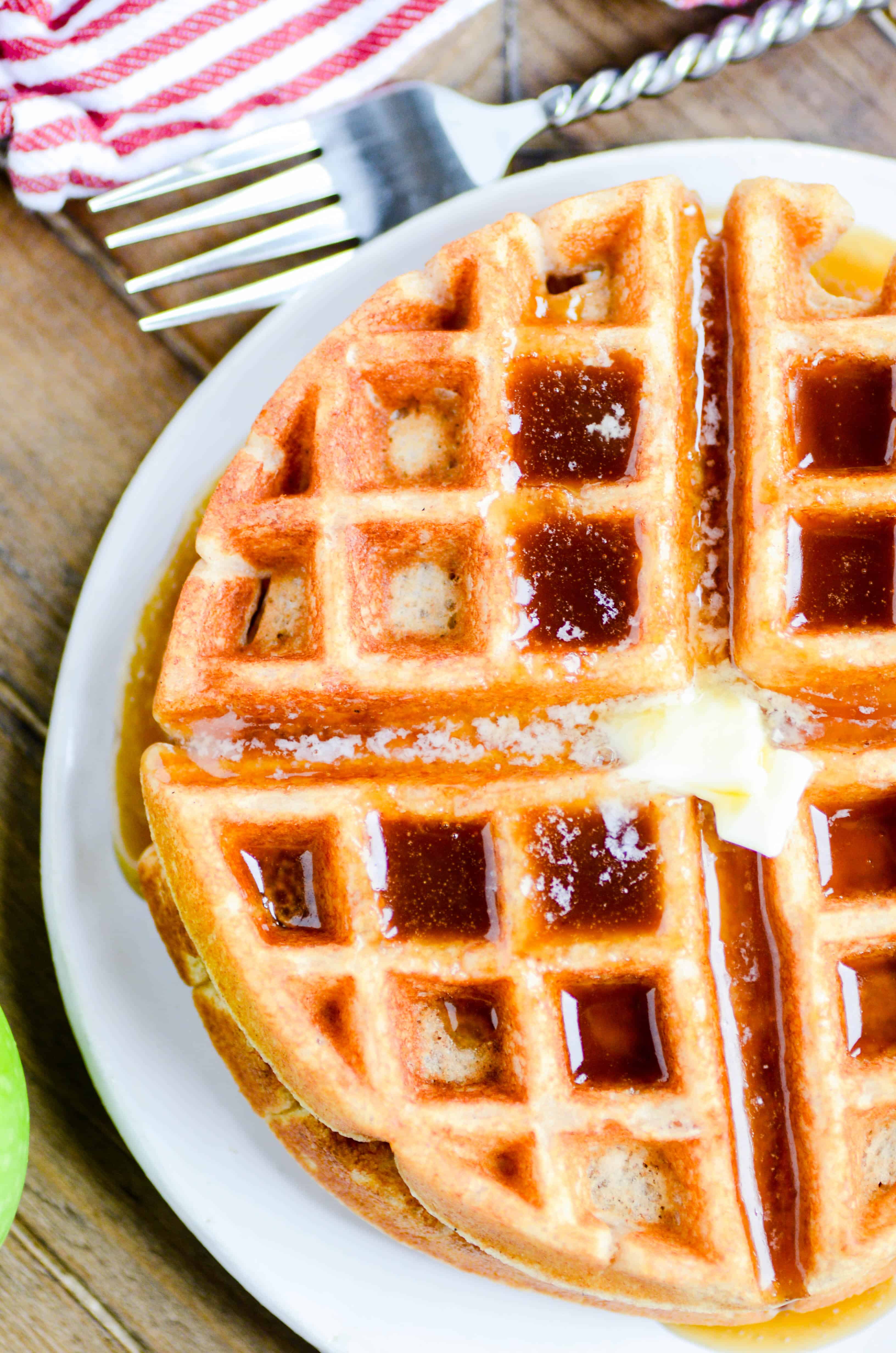 I hope you enjoy these as much as I did! And don’t feel bad if you find yourself licking the syrup off the plate… you’re in good company ????. 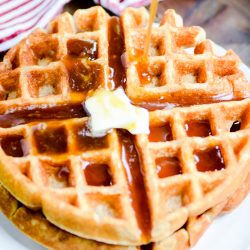 Here is a recipe for the perfect Fall weekend breakfast or brunch: Apple Cider Waffles with an amazing homemade Caramel Apple Cider Syrup.

Serve waffles and syrup immediately. Waffles are best served same day, but the syrup will keep at room temperature for 2-3 days. Reheat to serve. 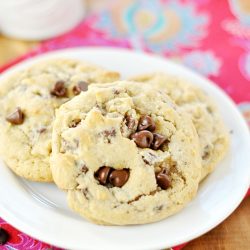 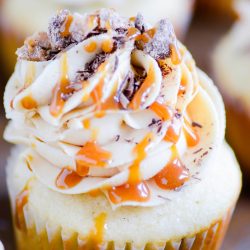