THE GOOD: I ditched the WW Points Plus system in favor of the old, classic system and had a much better week. I felt WAY more in control of my eating, felt much more satisfied, and had absolutely no issues with emotional eating or junk food binges. That felt AWESOME.

THE BAD: I went for a run last Saturday (my first run in months), and my plantar faciiatis flared up with a vengeance. I really haven't exercised much all week. A little pilates here and there, but even that hurt.

THE UGLY: Ugh. No weight loss. At all. No gain either, so that's a positive. But… I was really hoping for a loss. And I've been a bit…. hormonal this week. Which made my feelings of disappointment a little more exaggerated. So I'm feeling pretty discouraged at the moment. Really frustrated. And none of my pants fit. And I'm telling approximately 500,000 people online that I've been trying to lose weight for a month and haven't budged an ounce. That's a little bit of a blow to the morale!

So here's what I've decided… I think I'm going to start weighing in on the blog once a month. I'll still continue Skinny Saturday every week– I like it. It re-focuses me on finding sweets that I can enjoy even while trying to lose weight. But, I don't think I can take weighing in every single week so publicly. It's giving me gray hairs every Friday morning when I weigh in and realize I have to compose another blog post that says, “…didn't lose weight this week, but still trying to stay positive!” 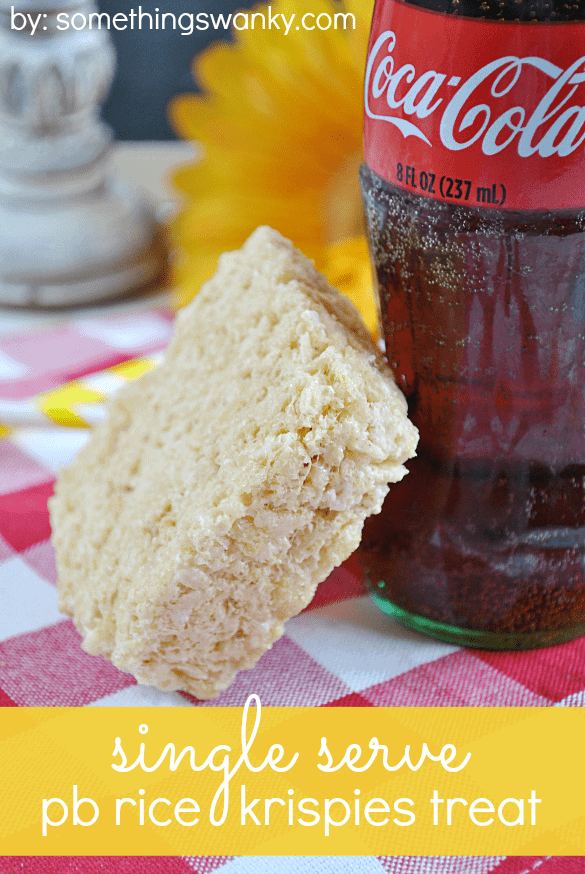 I went back and forth on posting this recipe for Skinny Saturday or not. Because really…. it's “numbers” aren't all that impressive (ha! sort of like me 🙂 ). It's about 200 calories and 4 WW points (old system).

But I decided to go with it anyway for two reasons: 1) I like the idea behind making your favorite treats in a single serving. It promotes the idea that you can still eat the things you love as long as you keep the portions under control. And 2) the high(ish) calorie content and high(ish) fat content come almost entirely from the 1 tsp of peanut butter in the recipe. And peanut butter is the good kind of calories and fat, right?

You could use a lighter fat in place of the peanut butter– like a light butter spread. I went with peanut butter to add the flavor and to add a little bit of protein.